If it is true that UiTM is guilty of plagiarism, then it’s:

SHAME SHAME!
ALL THE MONKEYS KNOW YOUR NAME!

Universiti Teknologi MARA is a public university based primarily in Shah Alam, the state capital of Selangor, some 28 kilometres west of country’s capital, Kuala Lumpur. Wikipedia

UiTM apologises for placing own logo on graduates’ theses

PETALING JAYA: Universiti Teknologi Mara (UiTM) has apologised for the “technical and mechanical error” made when placing its logo on thesis papers of a few British graduates found on its digital repository.

However UiTM emphasised that they correctly displayed the full name of the graduates and the name of the University of Bath on the cover of their thesis papers.

“Due to the digitalised process of uploading their work onto our site, our system automatically and mechanically reproduced our watermark and the words ‘copyright UiTM’ on their cover page,” said Vice-Chancellor Prof Emeritus Datuk Dr Hassan Said in a statement on Friday.

“Not a single word of their work was copied or plagiarised by any UiTM staff or student,” he added.

Dr Hassan said that based on a thorough investigation, the thesis papers involved were given to the library as a gift by a UiTM staff member.

The allegation by a group of University of Bath graduates that Universiti Teknologi Mara (UiTM) plagiarised their theses which had been uploaded to its institutional repository without their permission is not true.

Its vice-chancellor, Professor Emeritus Dr Hassan Said, said the preliminary investigation carried out by the university found that the issue arose from the content and recognition of reference material uploaded onto its digital library.

“I want to stress here that there is no element of plagiarism, and the results of the full investigation will be announced in a few days,” he told reporters at a ceremony to mark his 100th day as UiTM vice-chancellor and the Academic Conference 2016 in Shah Alam, today.

How did UiTM come to violate international copyright rules and get away with it?

In Malaysia, we might not openly admit the problems of academic cheating, but it does exist and needs to be addressed by those who are in charge of ensuring academic standards in institutions of higher learning.

If a former MBA student of University of Bath had not done a Google search, he would not have discovered that University Technology Mara had illegally deposited in its library 14 academic theses done by students who graduated with MBA from Bath in 1994. (Ex-students: How did theses end up in UiTM library?, FMT April 28)

The question posed by the former student was simply this? How did these theses come to be deposited in UiTM’s library and whether it had sought the permission of University of Bath or the students concerned?

Academic cheating or plagiarism is not uncommon in Malaysia. But most of the time, students, lecturers and even professors get away with this intellectual dishonesty.

The authorities in the institutions of higher learning are not very open or transparent when it comes to acknowledging the problems of academic cheating. Most of the time, they prefer to sweep these ugly episodes under the carpet for fear that it might affect their academic rating.
…

Academic cheating is a serious crime in universities. Those who are caught can be prosecuted and jailed or fined.

But unfortunately, the Ministry of Education that oversees academic standards simply does not have the political will to reduce academic cheating in institutions of higher learning.

With a firm belief in freedom of expression and without prejudice, FMT tries its best to share reliable content from third parties. Such articles are strictly the writer’s personal opinion. FMT does not necessarily endorse the views or opinions given by any third party content provider.

Ex-students: How did theses end up in UiTM library? https://shar.es/1e2xef  via @sharethis 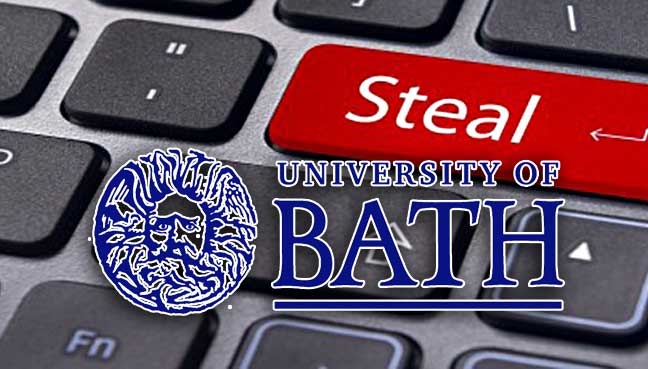 PETALING JAYA: Fifteen University of Bath graduates have accused University Technology Mara of intellectual property theft after discovering that their MBA thesis papers had been uploaded to its Institutional Repository (UiTM IR).

The fifteen students, from four groups of graduates of the 1994 Bath Executive Masters of Business Administration (MBA)-Malaysian Institute of Management (MIM) programme, claimed that their thesis papers had been used without their consent.

Sam Than, who first made the discovery, said he found a link to the repository while searching for information on Google.

The 58-year-old consultant, who completed his group thesis paper for his MBA 22 years ago, found that it was uploaded to UITM’s IR.

“What was more puzzling was that our thesis had the UiTM logo and copyright mark on their paper.

“In the preview, you can see the UiTM logo clearly placed on the front of the project page, giving the impression that we had somehow collaborated on the thesis with UiTM or under its auspices,” he said on Friday.

Than claimed that three other groups from his programme had found their Bath MBA thesis papers in the repository.

I checked with my classmates and a past administrator of MIM if they had given permission to UiTM to upload their thesis papers and claim copyright.

“Subsequently, I e-mailed UiTM demanding why it was uploaded to its repository and they replied informing me that the thesis had now been taken down,” he said.

In an e-mail reply, MIM told The Star that it was not aware of the matter and it would not have given UiTM permission to put up its papers in the repository.

“In the case of a thesis, the intellectual property rights lie with the student and the conferring institution – in this case, the University of Bath,” MIM said.