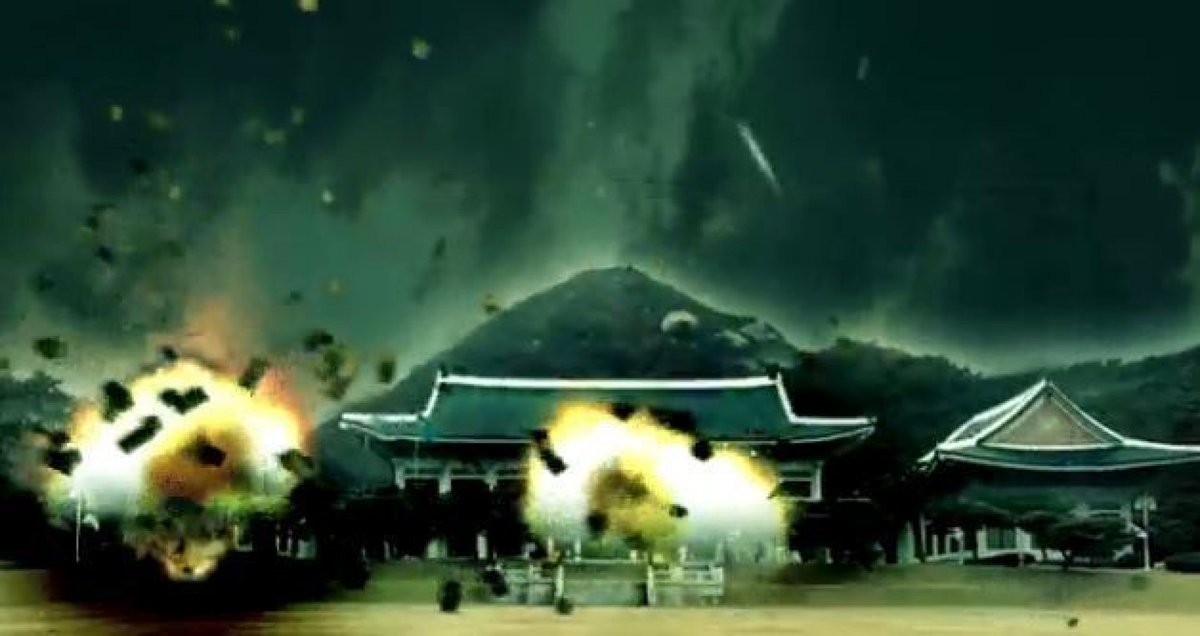 It was uploaded on Monday (April 4) to the DPRK Today website, which had released another video 10 days before depicting a nuclear attack on Washington.
…

The new 88-second video — entitled “If the ultimatum goes unanswered” — showed rockets fired from mobile launchers in the North slamming into the Blue House and destroying the buildings in a ball of fire.

It ended with the warning: “Everything will turn into ashes”. AFP