Many of us have ordered goods online and received them without trouble but we need to only experience being scammed once to feel, well, cheated.

However, if you buy from a reputable seller, like 11Street, you will get the good you originally ordered.

Man Who Got Padlock Instead Of iPhone From 11Street Shares Tips To Malaysians On Identifying Genuine iPhones http://dlvr.it/Kl2pFB 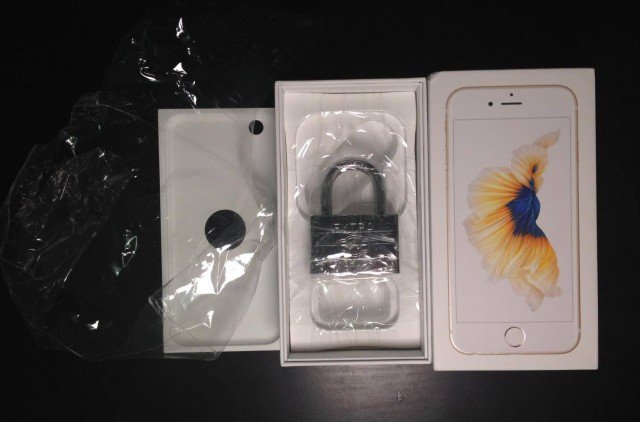 A man who was involved in a fraud case upon making his iPhone purchase on the marketplace 11street has shared his story online to warn others.

Alans Ng took to Facebook to rant his frustrations after discovering the iPhone 6s 16GB Rose Gold he ordered online arrived on March 4 in the form of a padlock instead.

The package was wrapped nicely and not tampered with, “So why did the iPhone become a padlock? I have no idea, but for sure, this is not the seller’s attempt,” he wrote.

After writing to 11street which he purchased the Apple product from, and got in touch with‬ the seller Ezi Buy Marketing Sdn Bhd, they swiftly acted on the case.

The company claims the supplier (Brightstar Malaysia) was responsible for the fraud case, however investigations are underway.

In a statement on March 7, 11street assured Alans finally got his iPhone 6S, and proceeded with an explanation on their Facebook page:

“While the fraud case is still being investigated by the police, we are happy to be able to resolve this with Mr. Alans in a timely manner.

“We were also delighted to learn that Mr. Alans had decided to purchase a second iPhone from the seller!” 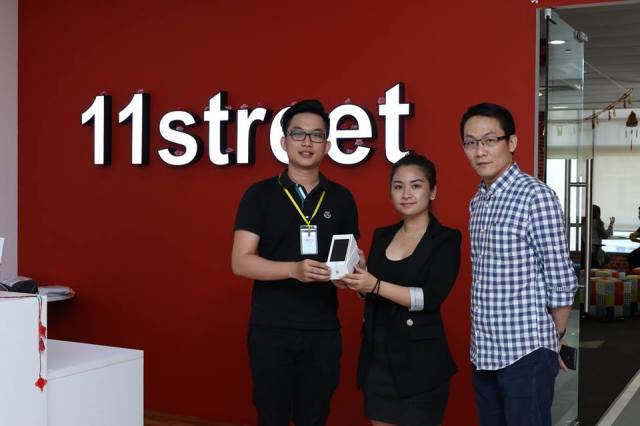 Alans with the 11Street team

Alans had nothing but praise for the 11street team for resolving the case.

He said, “I believe this is truly a case of potential stolen goods as the seller and 11street were swift to respond and logically speaking, they were also victims of this case.

“It is from my understanding that with the ESCROW system, 11street will not disburse payment to the seller, until the buyer confirms and is entirely happy with the purchase.

“In my case, the iPhone I received today is verified genuine and with such good deal, I’ve decided to purchase another set from the same seller.”

Man Who Got Padlock Instead Of iPhone From #11Street Shares Tips To Buy iPhones http://ow.ly/ZhKaX

A Facebook user from Malaysia shared the story of how he received a steel padlock instead of a brand new iPhone 6S which he ordered from online seller 11 Street Malaysia.

Ng was shocked when the parcel arrived with nothing but a steel padlock encased within the sealed packing of the iPhone 6S. Ng shared that the manufacturer has blamed the distributor for this scam, claiming that someone in within its distribution network had replaced the original content with the steel padlock.
…

In a final update on this unfortunate incident Ng explained that he received a call from the online seller who asked him to return the package to them and in exchange they would ship a brand new genuine replacement to him at no charge.

11street Malaysia is one of the largest e-commerce companies established in Malaysia. It was originally a leading e-commerce company in South Korea, operating under the management of SK Planet Co., Ltd. 11street expanded its operations to Malaysia to grow and expand the E-Commerce industry in the country. The 11street Malaysia is currently operating from their main office located at Kuala Lumpur Sentral since January 2015.

Like Loading...
This entry was posted in Uncategorized and tagged 11street Malaysia, he got a padlock instead of an iPhone 6S, malaysia, online purchases. Bookmark the permalink.