The Chingay Parade is an annual street parade held in Malaysia and Singapore in celebration with the birthdays of the Chinese deities or the procession of the Goddess of Mercy (Guanyin)   as part of the Chinese New Year festivities. The term Chingay itself originated from the Chinese communities of Southeast Asia, which is a phonetic equivalent of both the Chinese words “真艺” which means “true art” in the Penang version, and “妆艺”, which means “a decorated miniature stage” or float in the Singapore version. 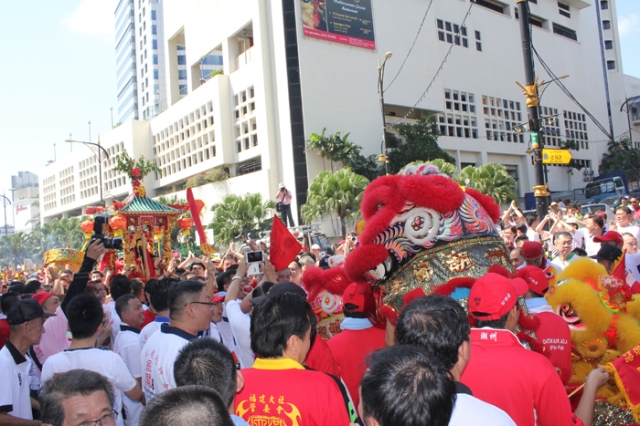 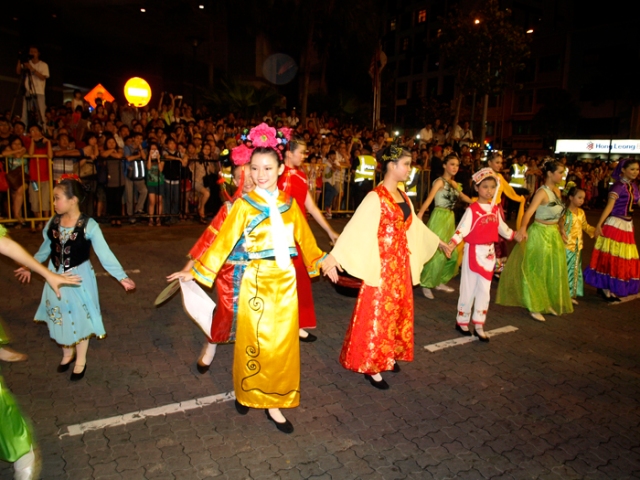 Click on the link for photos: Johor Bahru Chingay Parade 2013 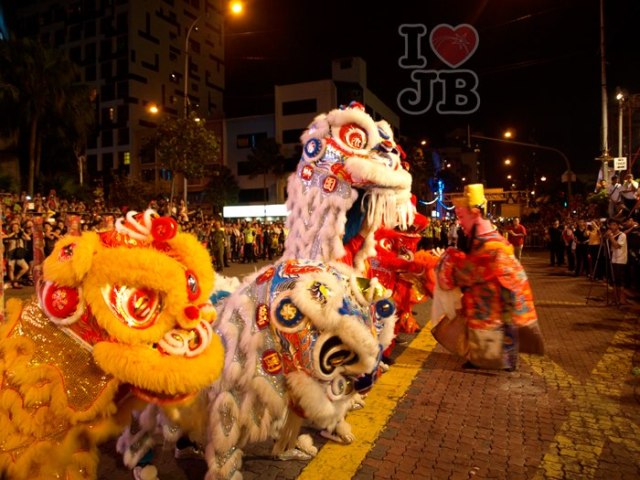 SINGAPORE – When it comes to a street festival, nothing in Singapore comes close to the annual Chingay parade. And this year, too, it did not disappoint.

Themed Fire In Snow, the two-day parade was held at the Formula One Pit Building on Feb 22 and 23. A record number of 10,000 volunteer performers put on a glittering show along the 360m F1 race track, all dressed in colourful costumes with elaborate make-up and accompanied by visually-striking floats.

The Indian contingent was outstanding. Led by the People’s Association’s Narpani Pearavai, Indian Activity Executive Committees and Indian Dance Ensemble, the contingent consisted of about 250 volunteer performers, that included school students, and a 12m float.

The Indian segment was titled Raja Naga Jothi (Snake Kingdom), symbolising the Year of the Snake (according to the Lunar Calendar), and was a dazzling display of vibrant colours, music and dance.

If you have the time, watch this! It is more than 2 hours long….

PAssion Chingay Club
Like This Page · 31 minutes ago near Singapore, Singapore

We enjoyed ourselves tonight! What about you?=) 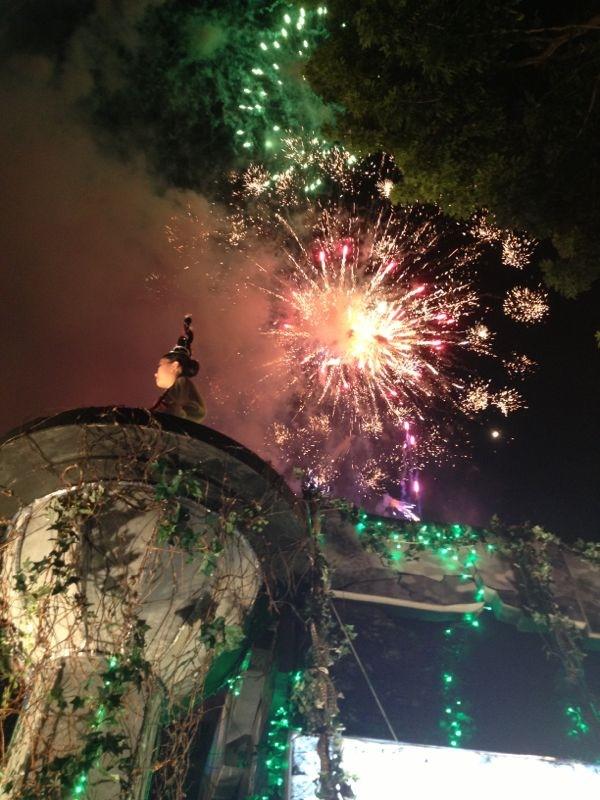 PAssion Chingay Club
Like This Page · 39 minutes ago near Bukit Panjang, Singapore

PAssion Chingay Club
Like This Page · about an hour ago near Choa Chu Kang, Singapore 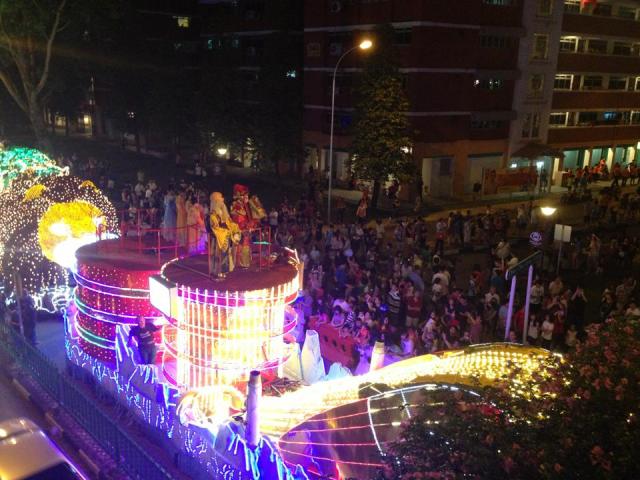 PAssion Chingay Club
Like This Page · 2 hours ago near Choa Chu Kang, Singapore

We are checking in @ Chua Chu Kang! The crowd is simply phenomenal here! We are anticipating the floats in 30 mins time! We are also screening live via our website~ Like and Share~ 😀 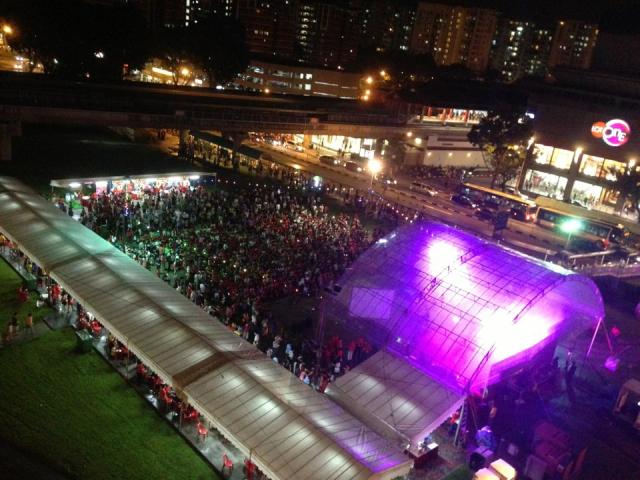 IT WILL BE SOME TIME, MAYBE A LONG TIME, BEFORE WE GET REPORTS OR PHOTOS OF THE CHINGAY IN JOHOR BARU.

IN THE MEANTIME, WATCH THE FOLLOWING VIDEO FROM CHINGAY 2013 IN SINGAPORE.

What’s going on in Johor Bahru?
Like This Page · 5 hours ago

Credits to Jey (thank you!)

By Sarah Rahim and L. Suganya
CROWD-PULLER: It is one of the most anticipated events for city residents and tourists, write Sarah Rahim and L. SuganyaTHE Johor Baru Chingay festival that is celebrated on the 21st day in the first month of the Chinese lunar calendar attracts thousands of people annually.Although most Chinese end their Chinese New Year celebrations on the 15th day with Chap Goh Meh, devotees of the Old Temple in the city centre organise a parade called JB Chingay.This year, the event is celebrated this evening.
……….The parade will be led by the Johor Tiong Hua Association.Its secretary-general, Lim Ceen Koon, said each clan had a responsibility to take care of its deity and prepare him for the parade.”Each of the deity was brought to Johor by the ancestors of the clan members in the 19th century.”The kangcus (river heads) prayed to the deities for a safe journey to Malaysia.”As gratitude, all the kangcus celebrated Chingay. 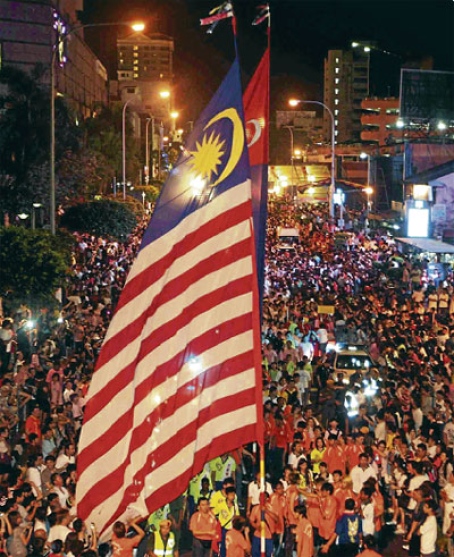 What’s going on in Johor Bahru?
· about an hour ago
The Chingay Parade map

Kee Seng Chong Today marks the 1st day which is the ‘Deities invited out of the temple’ frm Jln Trus to the Deities’ Square at Jalan Abdul Rahman Andak. This pic is the 3rd deity in the Chingay parade, under the excellent care of the Hakka clan. Actual Chingay is tmr nite. Sunday late morning marks the ‘Deities return to the temple’, which is the final day. See you all at the parade tmr nite! Huat ah!

THE CHINGAY PROCESSION, JOHOR BARU
To be held on 27 February 2013

Organizers: Anyone found wearing shirts that do not belong to the Chingay team will be asked to leave. If they don’t, help will be sought from the police.

THE FIRST TIME I WATCHED CHINGAY IN PENANG, I WAS A LITTLE BOY OF ABOUT TEN.

My most memorable recollection was of the giant flags that were carried and passed around from performer to performer.

WHILE WAITING FOR REPORTS ON THE CHINGAY PROCESSION IN JOHOR BARU, YOU CAN ALWAYS WATCH THESE VIDEOS OF THE CHINGAY FESTIVAL IN SINGAPORE, ENTITLED FIRE IN SNOW.

The Chingay Parade is a traditional Chinese New Year procession that has grown in recent years to become a massive street parade, boasting a stunning array of dancers, street floats, jugglers, percussionists, lion and dragon dancers, clowns and acrobats, among others.

The parade has its origins in China, where processions of a similar ilk were held for two weeks after the Lunar New Year to welcome the season of spring. The name “Chingay” was coined from its Hokkien dialect equivalent, meaning “the art of costume and masquerade”, and is a longstanding tradition dating back to 1973, when the first parade was organised.

By Peggy Loh
ONCE a year, roads will be closed and traffic will be at a virtual standstill in Johor Baru.Public transport will be rerouted and many businesses will close early.Schools will dismiss afternoon sessions early for students to get home quickly so that they can join the throng who will converge in the heart of the city.If you are familiar with the Lunar New Year celebrations in JB, you will know that this is all about the Chingay parade, an annual tradition that has been kept in this city since the 1800s without interruption, except during the Japanese invasion in 1942.

CONFUSION REIGNS.
WHO DO YOU LISTEN TO?

No ‘yellow and green’ ban for JB Chingay do

Organisers of the Johor Chingay procession are offering different opinions about whether t-shirts expressing opposition to the Lynas rare earth refinery or support for the Bersih 2.0 movement can be worn by event spectators.

While the Johor Baru Old Chinese Temple committee chairperson Lim Kang Yong said that the public are discouraged from wearing such apparel, the event’s chief coordinator Yap Yuan Ming said that this was not true.

No ‘yellow and green’ ban for JB Chingay do

“The association chief Lim Ik Kim was a former MCA assemblyman in the 1980s. He is a nice guy, but I don’t think he should infuse political elements into the association,” he said

PETALING JAYA: Johor DAP chief Boo Cheng Hau today hit out at the organisers of the JB Chingay parade for banning participants from wearing yellow or green t-shirts at the rally.

“How can you deny the people’s right to express themselves in a peaceful and colourful manner? This is autocratic,” he said.

Boo said the ban again shows that the Johor Bahru Chinese Association, which manages the JB Ancient Temple that is organising the parade, is becoming increasingly pro-government.
………….
Netizens vent their frustration

Meanwhile, the move has also angered netizens, with the administrator of facebook page ‘Jingbao Jingbao’ saying: “The organiser might as well ask all of us not to come.”

“The procession was first founded by the people. Now the people are not given freedom to wear what they want.

“If the organising committees think they are superior, they might as well carry out the procession themselves,” said the adminintrator.

THE CHINGAY PROCESSION, JOHOR BARU
To be held on 27 February 2013

Located at downtown Johor Baru and flanked by modern skyscrapers, the old temple is a place of worship and a symbol of unity among five Chinese dialect groups namely Teochew, Hokkien, Cantonese, Hakka and Hainan.

In the press conference yesterday, the NGO has announced that the parade will be launched by Johor Menteri Besar Abdul Ghani Othman (right), MCA president Chua Soi Lek, Chinese Ambassador to Malaysia Chai Xi and representatives from the Tourism Ministry. 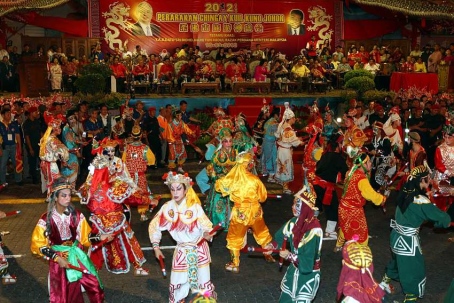 ‘The ban is laughable and sad’

However, he said Pakatan leaders can only enjoy the programme without having the chance to speak on stage.

Commenting on this, Bersih steering committee member Wong Chin Huat questioned the organiser for the double standards applied to the rakyat and BN politicians.

“Why do you allow the politicians to talk politics while banning the rakyat from wearing the shirts?” he asked.

He said it is the people’s right to decide what to wear and the temple cannot stop them.

Himpunan Hijau chairperson Wong Tack (left) said although he has no clue about the organiser’s background, the ban is “laughable and sad”.

“Apparently the green power has given such pressure to certain people, I appreciate the recognition,” he said.

Anyone found wearing shirts that do not belong to the Chingay team will be asked to leave. If they don’t, help will be sought from the police.

The annual Johor Chingay procession, which was declared a national cultural heritage last year has stirred a hornets’ nest for banning participants from wearing Bersih and anti-Lynas T-shirts for the parade this year.

The Chingay, better known as the Parade of Deities, is organised by the historic Johor Baru Old Chinese Temple annually, and this year’s on February 27.

Temple committee chairperson Lim Kang Yong at a press conference yesterday declared the ban, drawing widespread criticism from netizens and sparking a hot debate particularly among the Johor Chinese community.
…………..
He said though the dressing guideline is only for the parade team, the organiser hopes that people who wish to attend the event can also follow the advice.

“Last year we also received information that a group of participants wanted to wear the shirts, but we managed to persuade them not to do so through a special channel.

“This is only a parade of deities, we should avoid any political elements,” he said.

Labelling the internet critics as ‘Pakatan cybertroopers’, he said he is unperturbed by the negative comments.

“We don’t want anyone to sabotage our parade or come here to advertise,” he added.

The annual Johor Chingay procession, which was declared a national cultural heritage last year has stirred a hornets nest for banning participants from wearing Bersih and anti-Lynas T-shirts for the parade this year.

The Chingay, better known as the Parade of Deities, is organised by the historic Johor Bahru Old Chinese Temple annually, and this year’s on February 27.