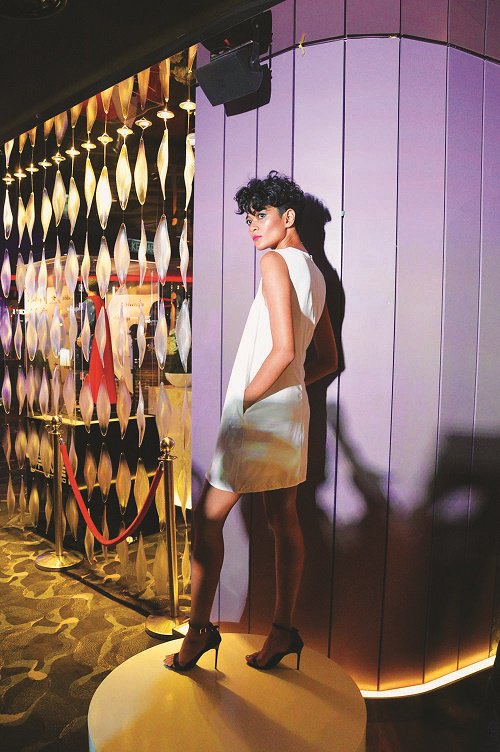 All Eyes on Tuti

JAWS dropped as Tuti Noor, who looked every inch the budding top model that she is, sashayed into a room full of journalists with her slinky strut and a gaze that cuts through glass during the premiere of Asia’s Next Top Model Cycle 4 recently.

Born Nuraini Mohamad Noor, the 24-year-old Malay lass oozed confidence on the runway with her signature walk, as if making a statement to critics that she is unfazed by the controversy — for taking part in a modelling competition despite being a Muslim — she found herself embroiled in.

“Everyone has the right to their opinion and I don’t like to put labels on anything,” she told Malay Mail.

“I’d rather focus on the positives — on how the competition has made me a stronger person.” 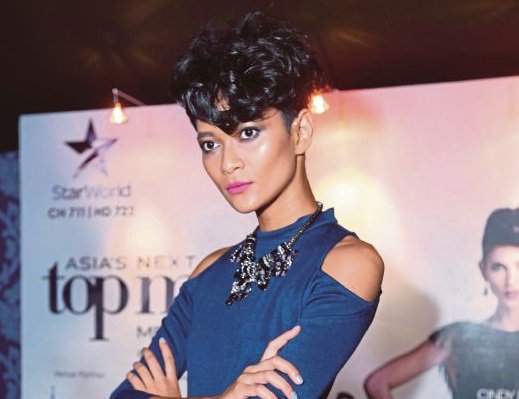 I hope Tuti would repeat the win made by our very own Sheena Liam, who took home the title of AsNTMin Season 2.
…
For the uninitiated, other Malaysian contestants who made it on the show were Melissa Th’ng (Season 1), Josephine Tan (Season 2), Shareeta Selvaraj and Melissa Tan Li Hsia (Season 3).
…
Bottom line, Tuti represents our nation and she is up against bigger Asian countries in this showdown.
…
And, the only thing she wanted from her fellow Malaysians is to root for her. That’s all. Let’s hope that Tuti succeeds to be the last model standing and puts Malaysia on the global map.
…
So, chin up dear Tuti and keep your head high. Take on the runway with a proud swagger.
…
Oh, and just bring home the champion title while you’re at it will ya! Hail Tuti!
…

hizreen@nst.com.my Hizreen Azleena Kamal is a passionista with a keen interest in showbiz and pop culture (online shopping included!). And, oh, she is also the entertainment editor

Congrats TUTI for getting best overall performance with a score of 37.5 🙂 #AsNTM4 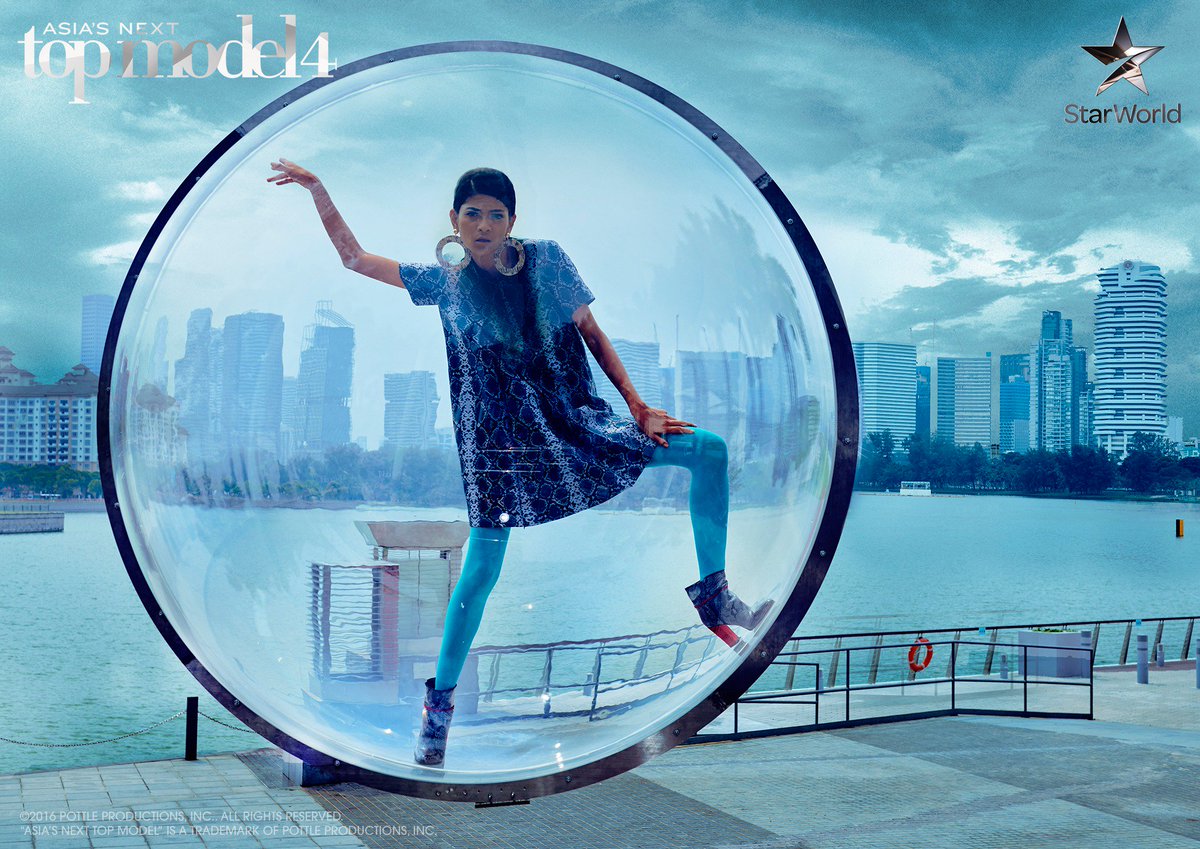 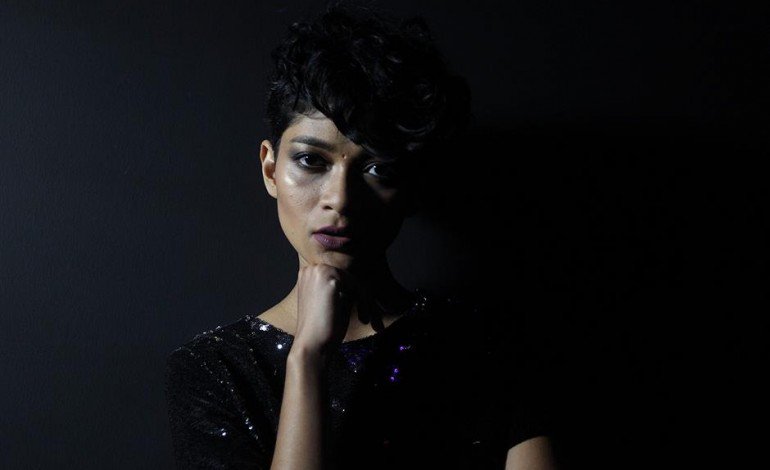 An anticipated interview with Malaysian model Nuraini Noor, or better known as Tuti, fizzled out when the media were told not to ask any questions regarding the backlash she received over social media for being a Muslim.
…

The organisers of the press conference instead released a set of question and answer on behalf of Tuti, during the show’s premiere event held recently.

“My parents respect my profession (and) the art behind modelling. They trust that I will make the right decisions based on the values instilled in me,” the statement read.

“I believe that high fashion can be bold and very far away from anything sexual. If I am not comfortable with a certain type of clothes or a certain task, then I will voice it out.

“I’ll try to be as balanced as possible and not cross certain boundaries and still progress in my career. As a Muslim woman, I am proud to be able to be part of this international competition and to show that my religious beliefs can correlate with my career in the modelling industry.”

When pressed on answering questions about the negative criticisms she has been receiving, Tuti declined to answer, saying that she has already addressed the issue in the past.

Some of the online comments made against Tuti descended into a form of personal attack, and not just about her religion. Laughing off rumours on how she was once a man, she stated: “I try to avoid paying any attention to comments on social media. They can be very harsh.”

Tuti had previously joined X Top Model Search Malaysia in 2012 and was named the winner. Besides that, she was also the winner of the X Walk. 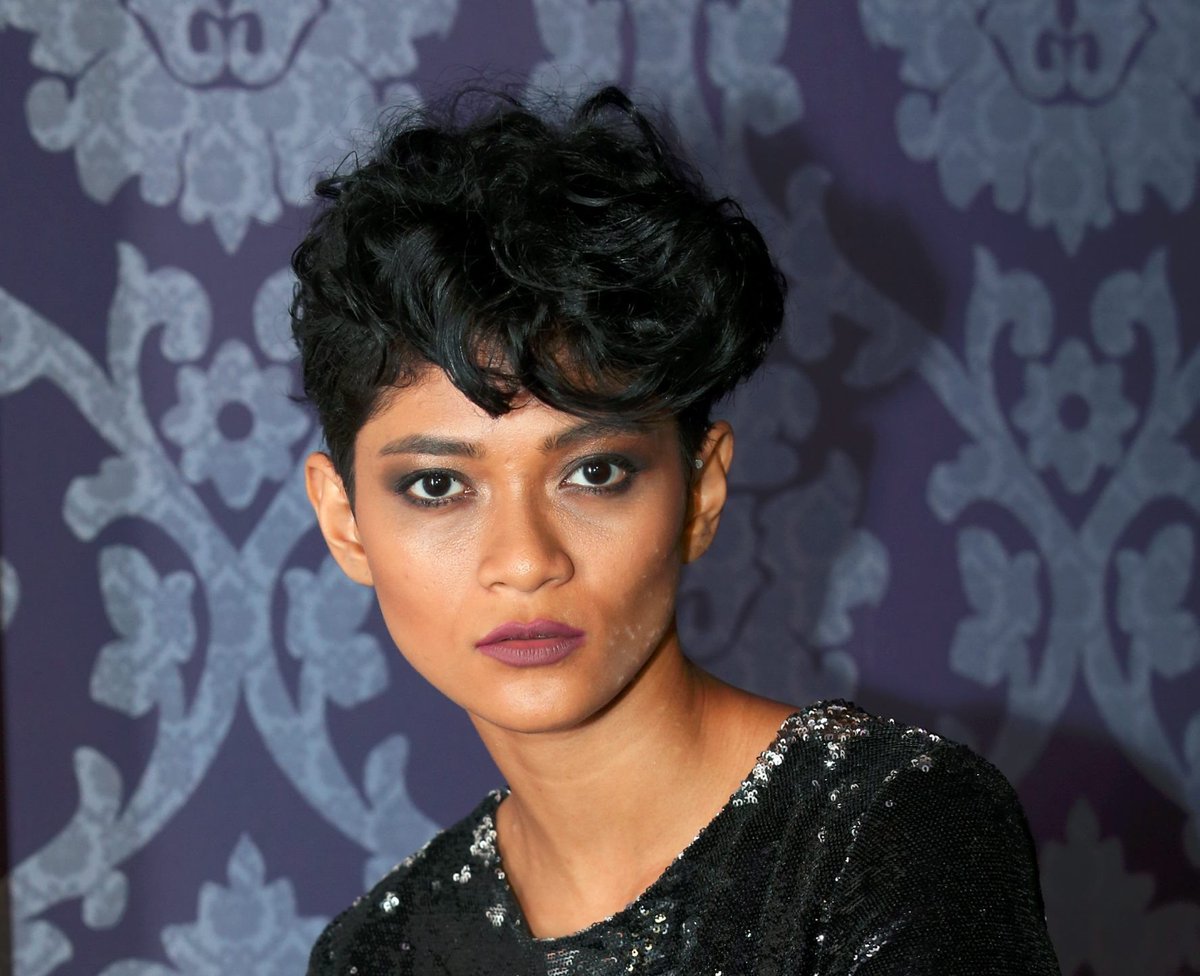 PETALING JAYA: Despite the controversy surrounding the sole Malaysian contestant of the reality model search programme, Asia’s Next Top Model (AsNTM), Tuti or her real name Nuraini Noor is ready to put the past behind.

Being a model of Malay ethnicity, Tuti became the subject of scrutiny over her choice of participating in the show, where some felt that it was inappropriate for her to wear revealing or provocative clothings.

“I try to be as balanced as possible and not cross certain boundaries, but at the same time still make progress in my career. As a Muslim woman, I am proud that I am able to be a part of this international competition and show that my religious beliefs can co-relate with my career in the modelling industry,” said the bubbly 24-year-old at the launch of the show in Bandar Utama earlier today.

When asked if being a Muslim model would send a wrong message to the rest of the local girls who share the same beliefs and religion, Tuti replied: “I think it’s important for me to be opened to new ideas from mentors, judges, stylists, photographers and all the industry’s experts. I want to learn, grow and stretch my horizons but still stay true to my beliefs.”

“I know it’s not going to be an easy ride the moment I made a decision to be in this competition. I’m here to win and I’m ready for it,” said the lanky Kuala Lumpur lass. 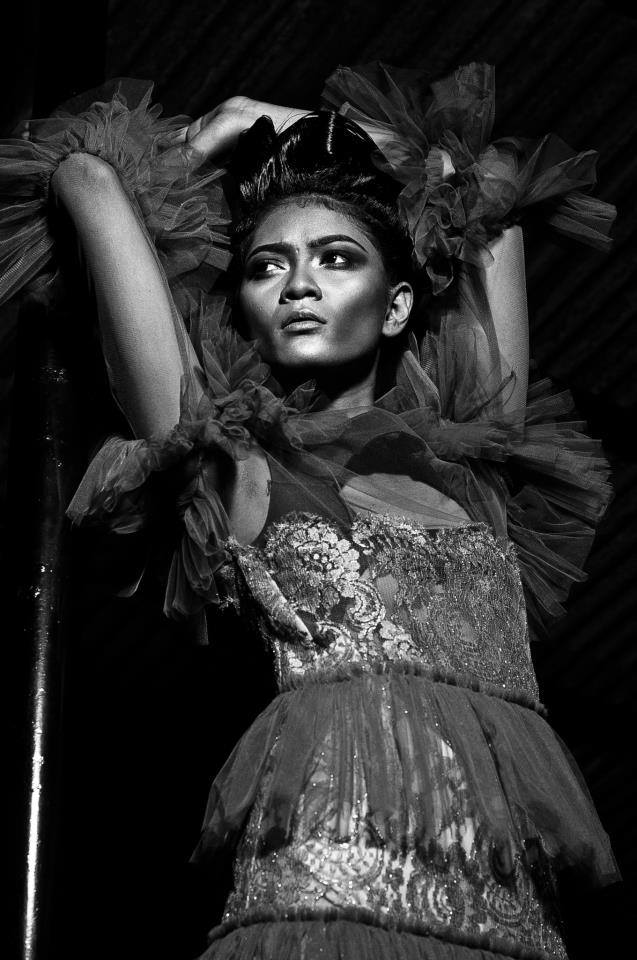 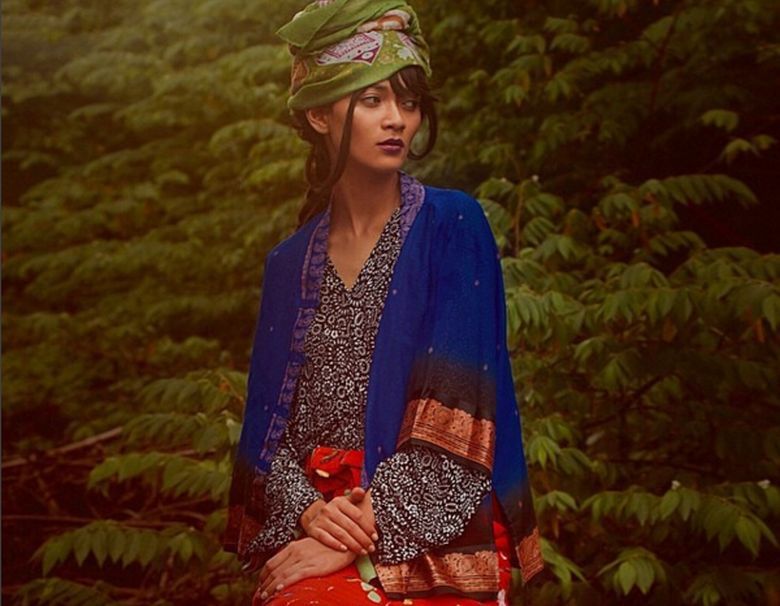 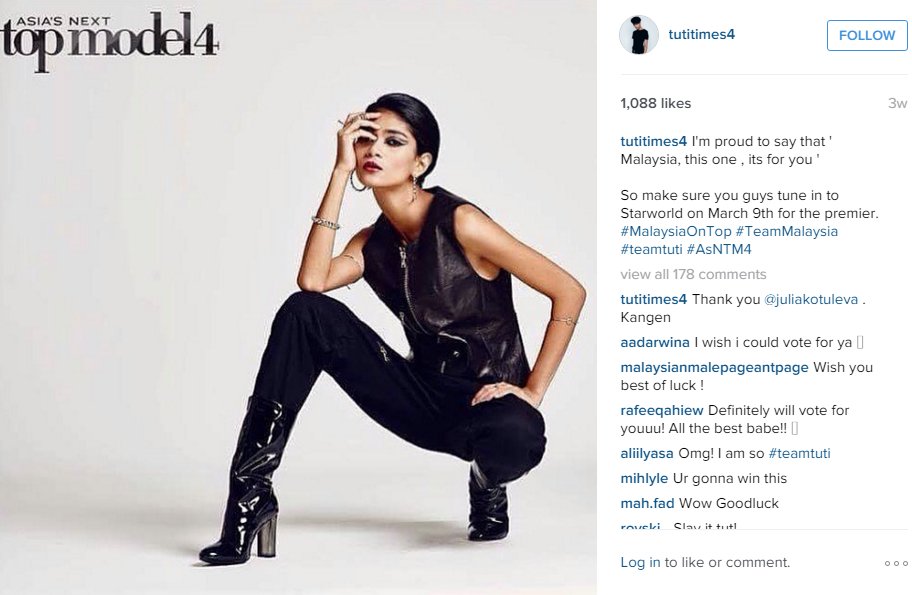 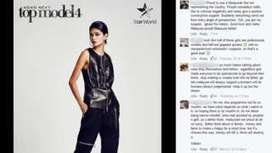 Asia’s Next Top Model contestant Tuti hits back at critics

PETALING JAYA: The sole Malaysian to qualify for the fourth cycle of Asia’s Next Top Model (AsNTM) has struck back at critics who attacked her on social media as a Muslim taking part in a modelling competition.

Tuti, whose real name is Nuraini Noor told British broadcaster BBC that while she respected everyone’s opinions, she would continue to do her best in the competition.

“What really separates us is not skin colour nor religion. It’s opportunity,” she told the BBC in an email.

The Cheras, Kuala Lumpur, girl was reported as saying that she didn’t like to put labels on anything and would continue to pursue her goal of becoming a top model.

“Different people have different point[s] of view and I am not in control of that. I respect each and everyone’s opinion.

“I don’t like to put labels on anything. I’m a citizen of the world. I’m that kind of girl who chase[s] her dreams,” she said.

While many Netizens congratulated the Universiti Teknologi Mara graduate for being selected among 14 contestants in the Asian edition of the reality modelling competition, there were those who criticised her after entertainment portal Mynewshub shared the news on Monday.

Many asked why she was even allowed in the competition as Muslims are purportedly “banned” from such events where contestants have to expose their bodies.

However, Tuti said she had not faced any controversy from previous modelling competitions in Malaysia, having previously won the X Top Model Search Malaysia 2012 and a subsidiary title, the X Walk.

“At the end of the day, the ultimate goal is to produce good photos and to fulfil your brief and that’s what I intend to do every time,” she said.

Tuti has an impressive portfolio under her belt, the winner of X Top Model Search Malaysia in 2012 and X Walk. Blazing!

So, a gorgeous Malay girl, Tuti made it through Asia’s Next Top Model. But instead of supporting her, this is how some Malays react.. 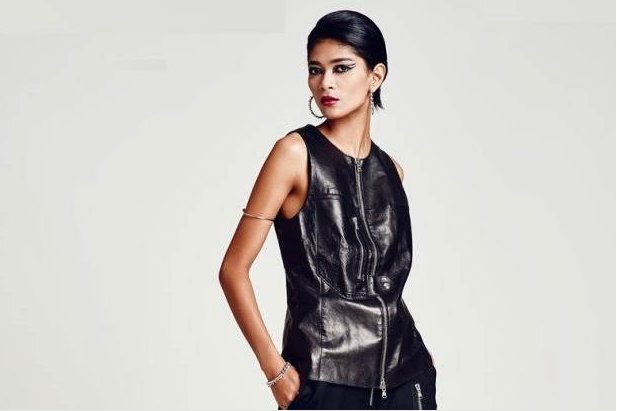 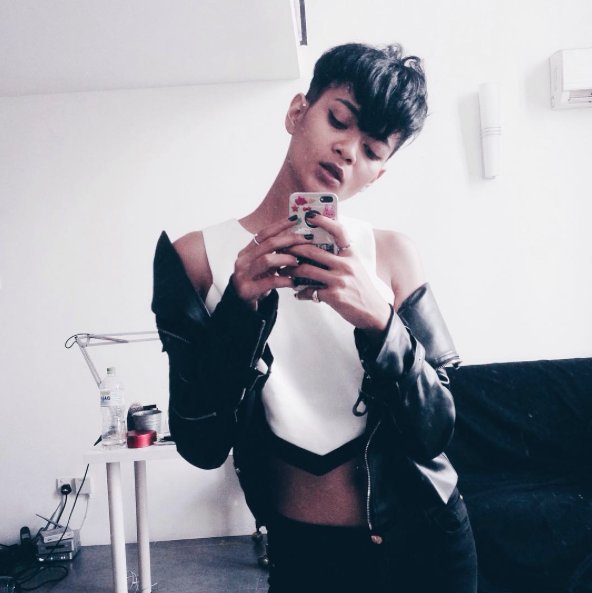 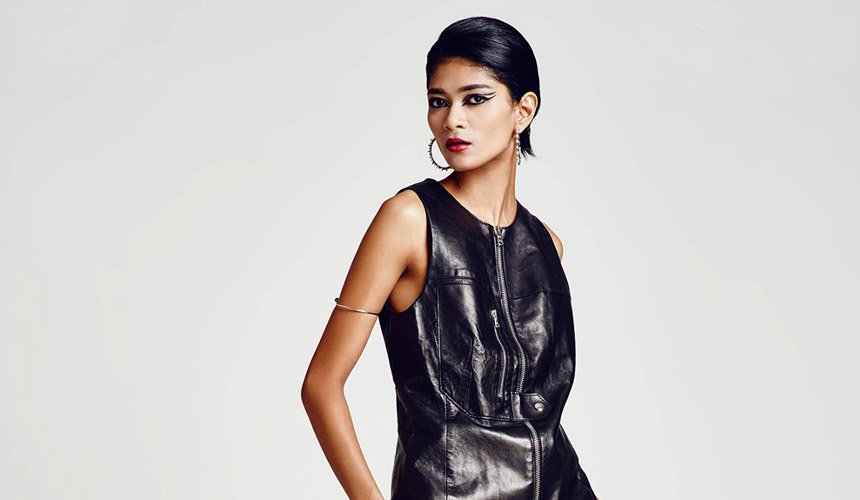 Sigh, friend from India shared this with me and said: “OMG chill out Malaysia” – Tuti hits back at Muslim critics http://www.bbc.co.uk/news/world-asia-35714059 …