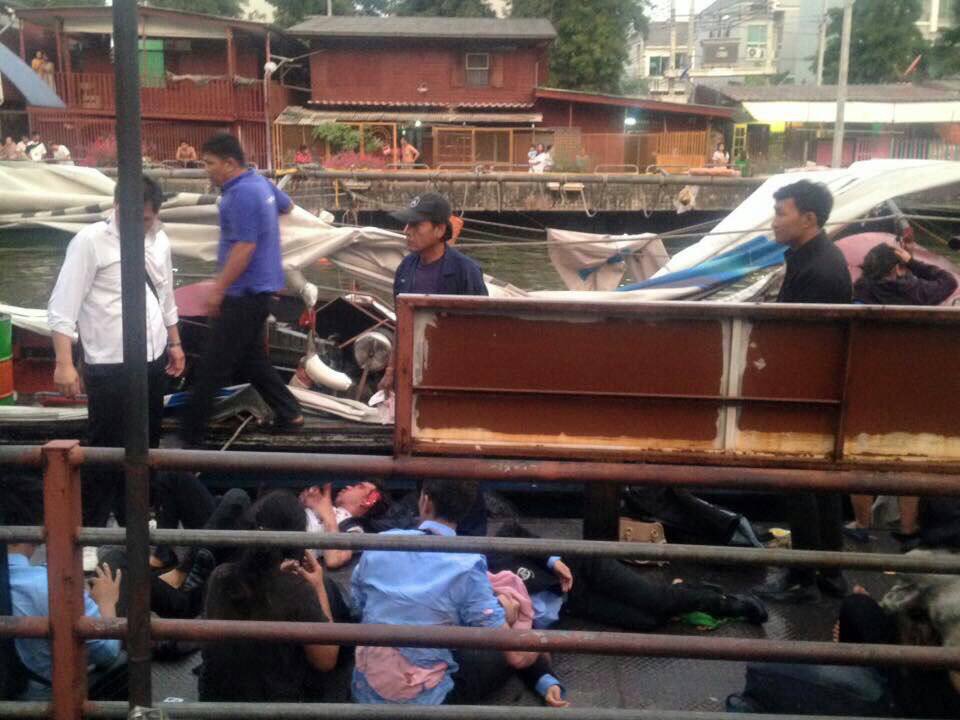 At least 58 people were injured in Thailand’s capital Bangkok after the engine on a water taxi exploded as it pulled into a pier.

Most of the injured suffered from minor burns, police said, though two passengers were said to have been seriously hurt by flying debris.

Initial reports suggested that a fuel leak was to blame.

Water taxis ply the canals around Bangkok and are a popular form of transport in the traffic-choked city.

Video of the incident posted by the Khao Sod newspaper shows the crowded boat pulling into Wat Thep Leela pier in eastern Bangkok with clouds of black smoke visible at the rear.

A group of seemingly oblivious passengers initially try to board the boat before it is rocked by an explosion.

Dozens of people are then seen leaping on to the pier to safety. 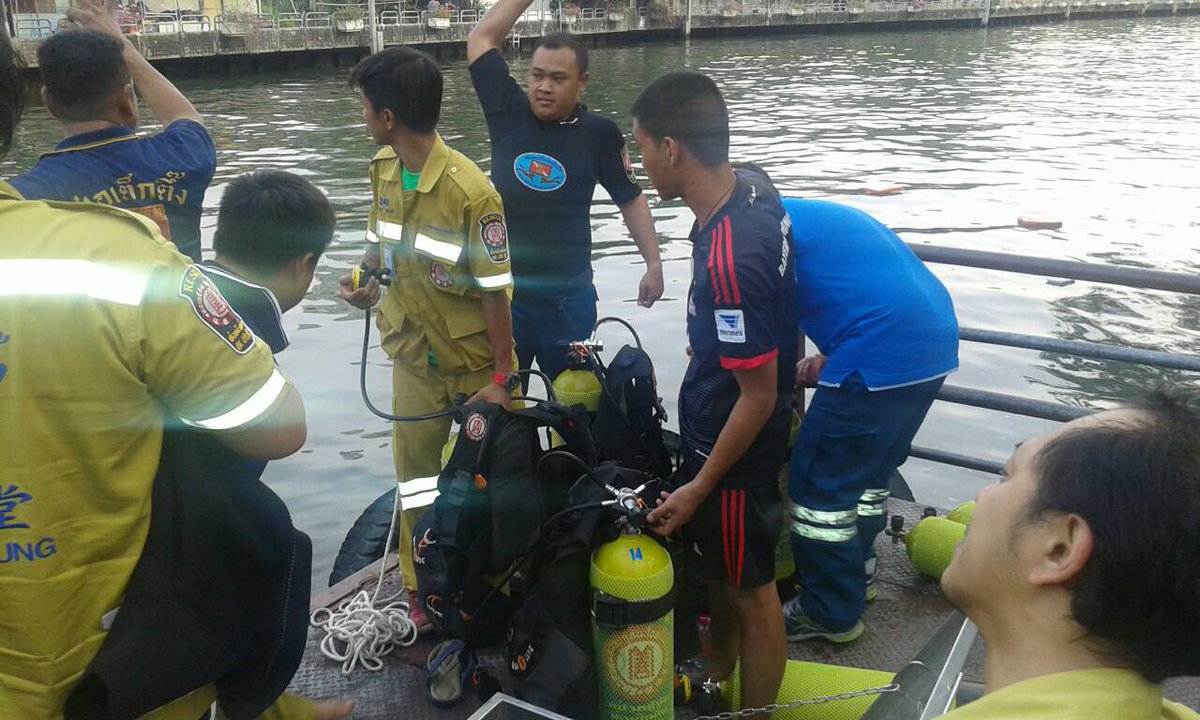 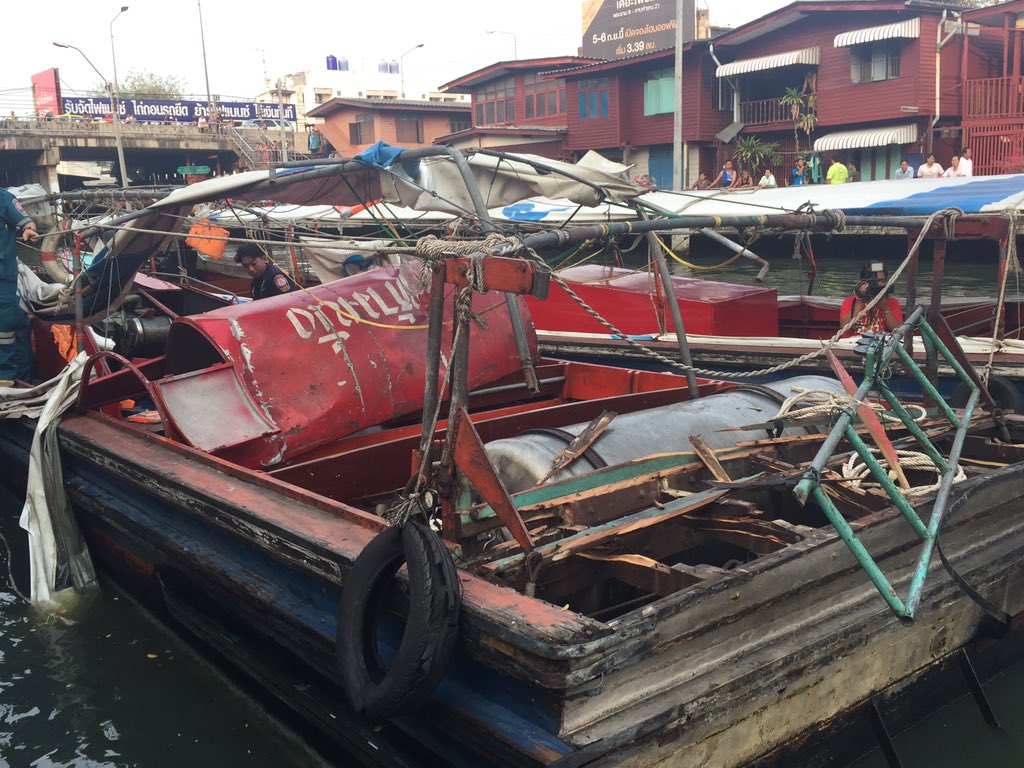 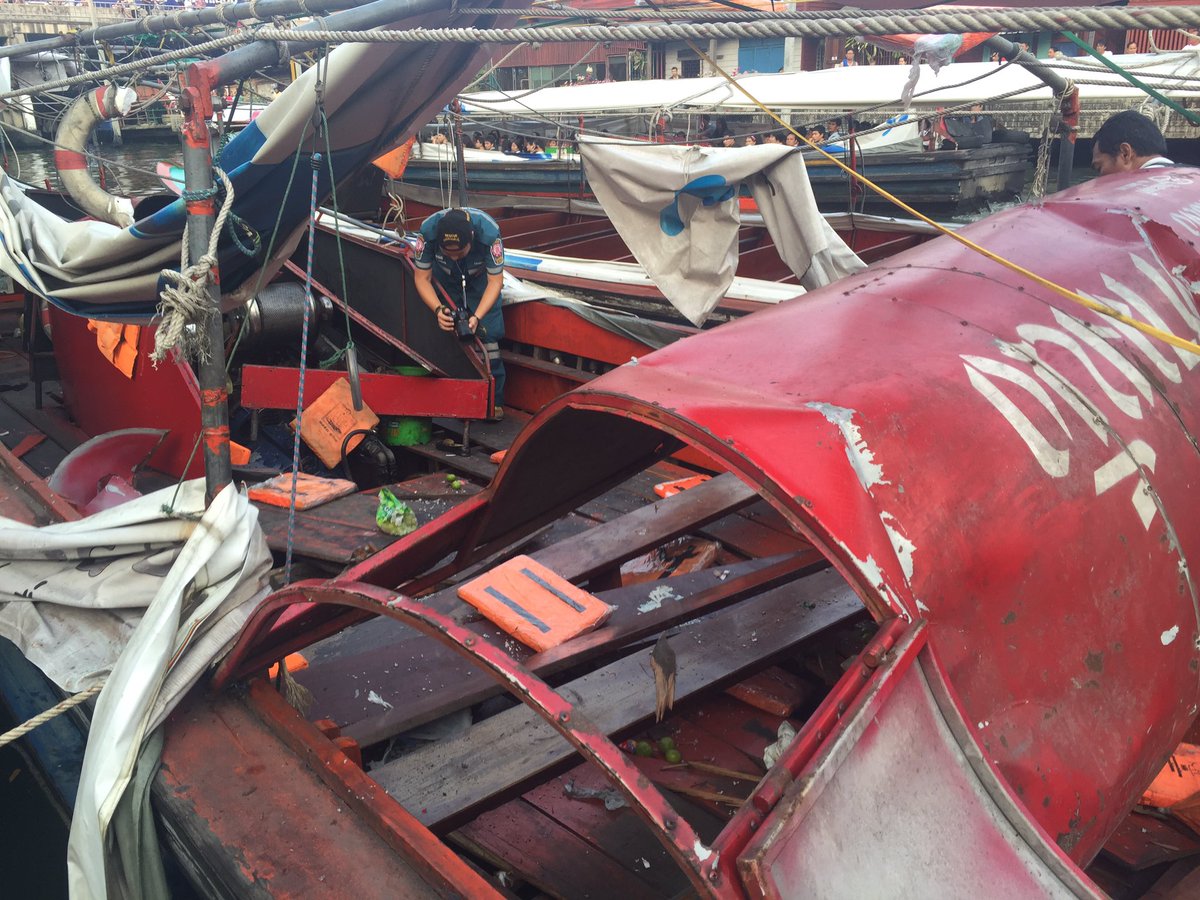 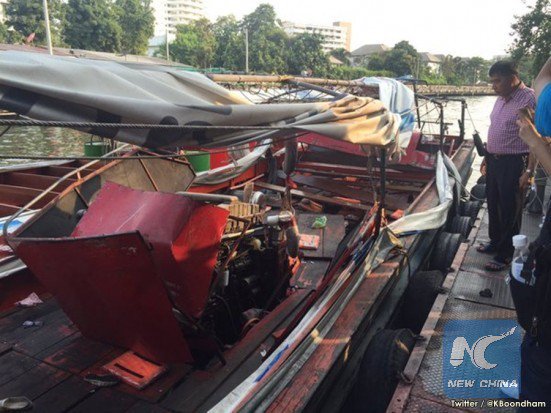 Like Loading...
This entry was posted in Uncategorized and tagged bangkok explosion, water taxi engine explodes Bangkok. Bookmark the permalink.