Death in Dalat, charming city in the hills of Vietnam…

This is how Lonely Planet describes Dalat, Vietnam.

Dalat is quite different from anywhere else you’ll visit in Vietnam. You would almost be forgiven for thinking you’d stumbled into the French Alps in springtime. This was certainly how the former colonists treated it – escaping to their chalets to enjoy the cooler climate.

The French feel is compounded by a radio mast shaped like the Eiffel Tower and the local bohemian artists’ predilection for swanning around in berets. Dalat is small enough to remain charming, and the surrounding countryside is blessed with lakes, waterfalls, evergreen forests and gardens.

This was where the 3 bodies were found: the Datanla Waterfall.

The trio – a man and two women – were found outside of Da Lat #Vietnam #Dalat http://www.dailytimes.com.pk/foreign/26-Feb-2016/three-british-tourists-found-dead-near-vietnam-waterfall … 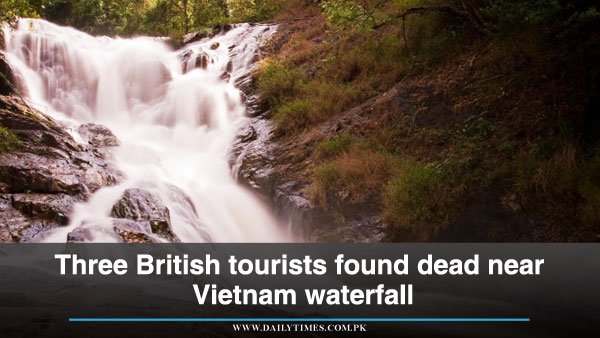 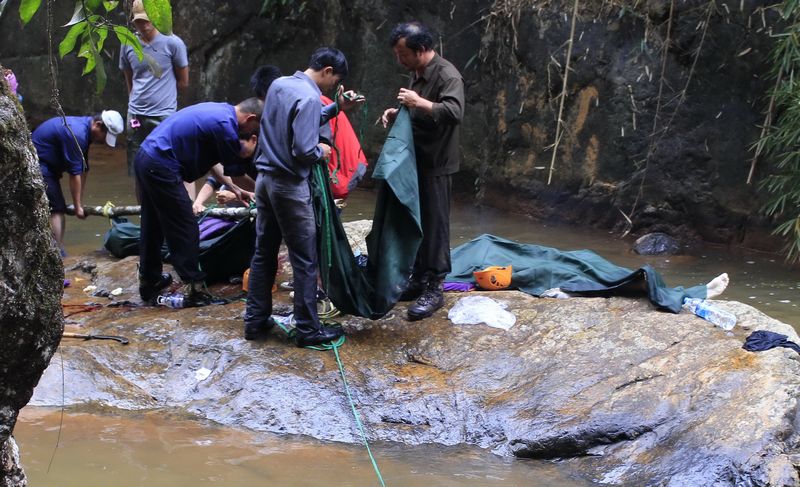 The trio, a man and two women, were found amid rocks and pools of water near the falls outside of Dalat, a mountainous city that draws tourists with its crystal lakes and scenic landscape.

It was not immediately clear how they died.

“We are working on the reasons for their deaths,” Dalat city’s deputy police chief Bui Duc Ro told AFP.

The British Embassy in Hanoi confirmed the deaths of three British nationals near Dalat and said it was providing support to their families.

“We are in close contact with local authorities in Vietnam on their behalf,” the embassy said in a statement.

State-run media said the two women were aged 25 and 19 and had entered Vietnam at the start of the month, but the police officer could not confirm their identities.

Dozens of emergency workers climbed down a steep rocky slope near the waterfall to retrieve the bodies, which were reportedly found with life jackets on.

Three British tourists have been found dead near waterfalls in Vietnam.

One of the group has been named as Christian Sloan, from Kent, who was described by his family as a popular man who “lived for life”.

Early investigations suggest one of the group slipped while exploring the falls and inadvertently took the others down.

Police have questioned a local man, but he has not been detained.

One of the tourists has been named as Christian Sloan, from Kent
…
Nguyen Van Yen, deputy chairman of Lam Dong province, who was in charge of the operation to recover the bodies, told the BBC: “When we found the bodies, we found their helmets and safety jackets but no ropes.

“According to our initial investigation, after visiting the Datanla waterfalls, they went to the forest to another area for canyoning.

“On their way, they passed through a stream which flowed into a waterfall. Unfortunately a person slipped, taking the other two with them.”

The man who was with them was questioned by police but has not been detained, he said.

The Datanla Waterfalls in #Dalat #Vietnam are easily accessible if you want to climb, abseil http://bit.ly/1eEW9U6 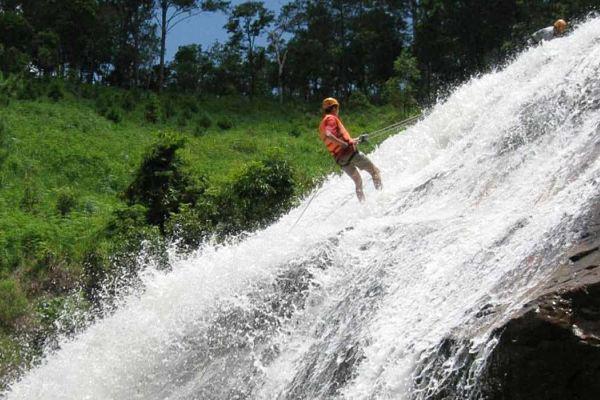