YOURSAY | ‘Not only good politicians, DAP has good actors, too’ https://www.malaysiakini.com/news/331760 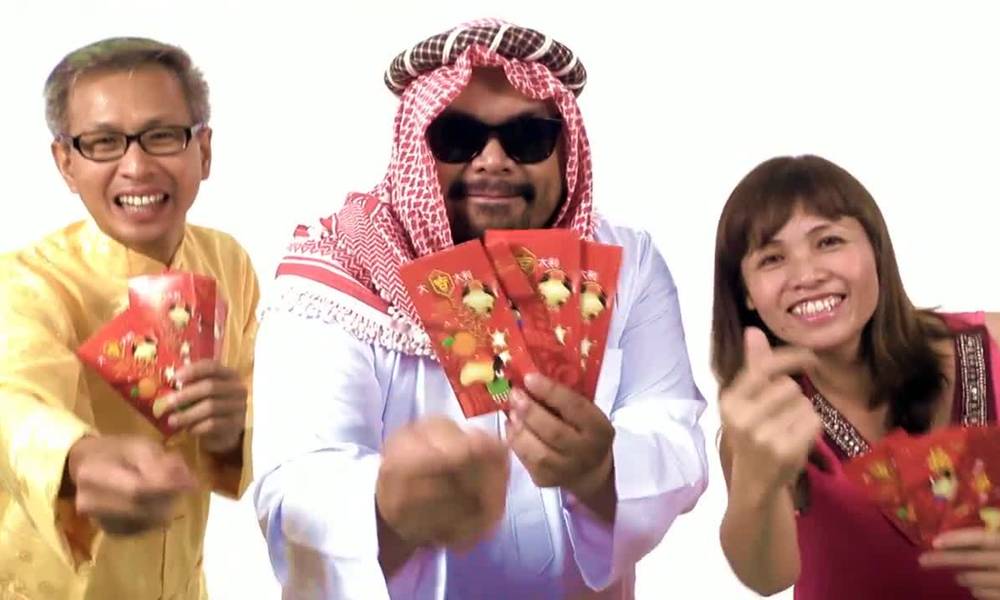 How to explain a poor God of Fortune, Gerakan asks DAP

CQ Muar: Gerakan Youth secretary-general William Chang, your party’s credibility has hit rock bottom. Nothing you can do or say will have any impact in salvaging its image, therefore stop making an idiot of yourself with those illogical statements.

The Chinese New Year video is meant to send a message and remind PM Najib Razak and his cohorts how the public is suffering under his administration.

There’s no need to try to gain brownie points as the Chinese are ashamed and humiliated with the way Gerakan and MCA are being led like dogs on a leash by a shameless leader like Najib.

Why are both parties, Gerakan and MCA, keeping silent over the many controversial issues and scandals affecting and destroying the country?

Malaccan: Gerakan, if it once was, is no longer the conscience of BN. It has become BN’s apologist. Neither is it the intellectual centre of BN, much less of the nation.

The party is a noble idea that has gone terribly wrong and now it is less than a shadow of what its founders intended. It is nothing now but the overgrown tumbling hut inhabited by greedy interests and scheming connivers.

Its so-called leaders, young and old, are devoid of ideas or honoured standing to speak on matters of principles.

It relies on such young leaders to blow hot, fetid and pompous pronouncements to impress its political masters, convincing no one else, and standing on moral high ground it doesn’t have or command.

Having a poor caricature of the God of Fortune is nothing compared to what the country has lost in terms of assets, time and talents during these dark years of BN rule in which Gerakan has a large part in playing.

In fact, it is fitting because it warns even a blessed nation like ours can be beggared by thieves. The people are not amused at Gerakan’s continued propping of a government that is seen to be corrupt and destructive for the country.

It’s better for Gerakan members to repent for their contribution to the wrongdoings and join hands in the nation’s rescue than continue to be a toady for its Umno masters and a parasite on the ailing nation.

Gerakan leaders and their families must redeem themselves of the fat of the land that they have fed off to the detriment of all citizens.

It has been rejected already. It awaits to be consigned to the rubbish bin of history and to the shame of generations.

Shanandoah: Gerakan supporters, have you all read the comments posted in Malaysiakini? I guess you haven’t.

Ipohcrite: MCA members should be more concerned on how to explain to their children why they aided a corrupt government to allegedly steal from the people and impoverish an entire nation, and threw their support behind a tainted head of government destined to go down in history as the worst prime minister of all time.

Malaysia Land of Milk and Honey: Ipohcrite, don’t think you can continue to fool the people. 1MDB and RM2.6 billion scandals did not rob the rakyat but is being used by you and your ilk to try to spread hate. 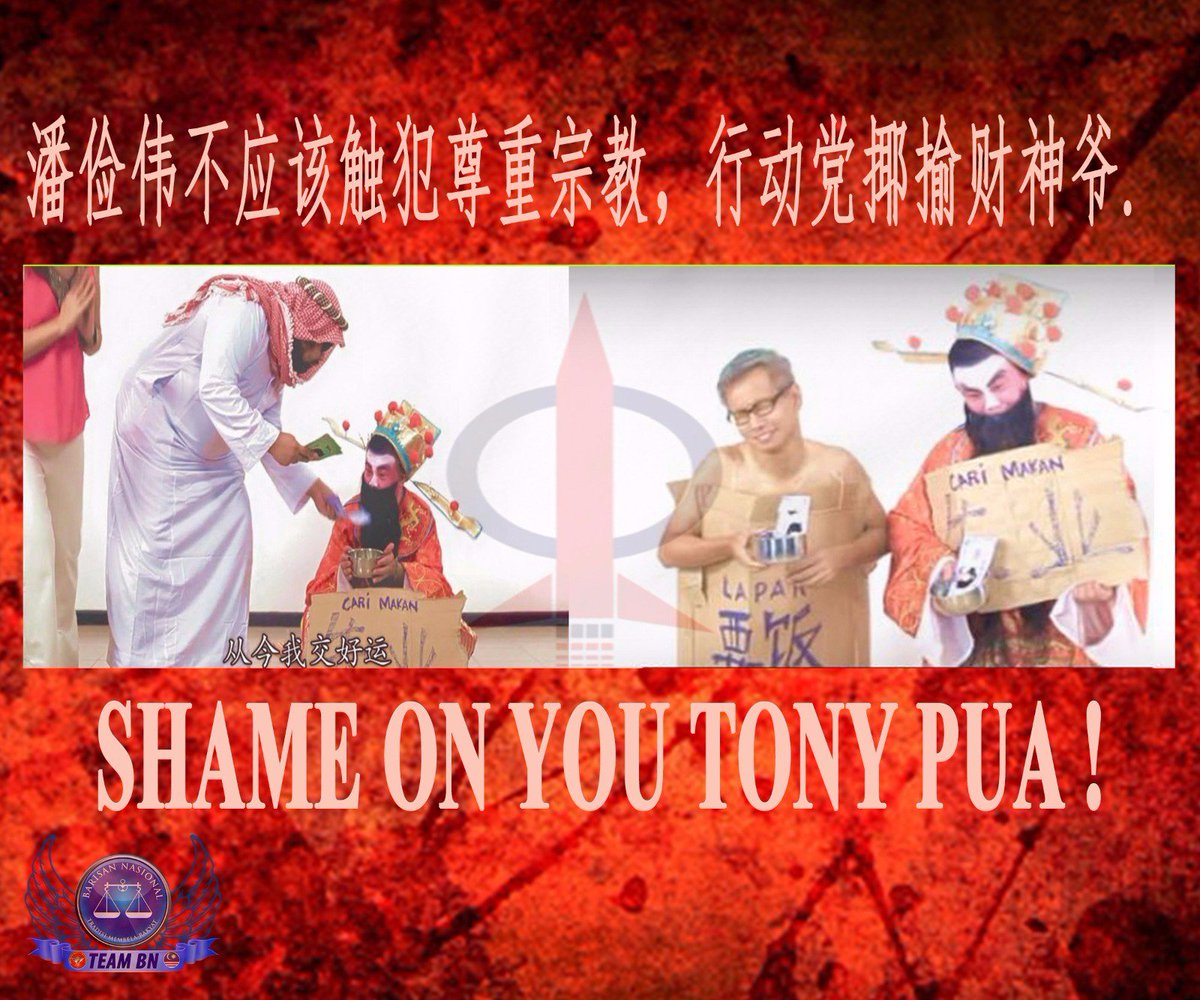 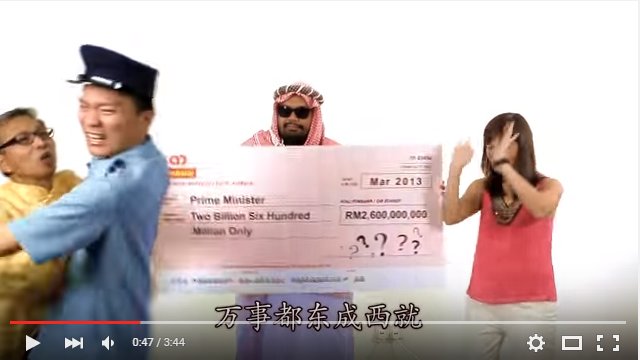 How to explain a poor God of Fortune, Gerakan asks DAP

Gerakan Youth is upset at DAP for a parody Chinese New Year music video which portrayed the Chinese God of Fortune as poor , saying that this raised concerns what children would think if they saw the video.

Gerakan Youth secretary-general William Chang Yong Hsi said Chinese New Year songs are meant to bring in good vibes and turning the God of Fortune into a beggar was a ‘huge disrespect’.

“DAP is using such a disrespectful music video to win some cheap political propaganda.

“How would parents explain if their children were to see the God of Fortune looking so poor and terrible in the music video?

“I am not promoting superstition but the God of Fortune is a symbol of good luck and wealth among the Chinese.

“Such disrespectful behaviour should be condemned,” he said in a statement today. 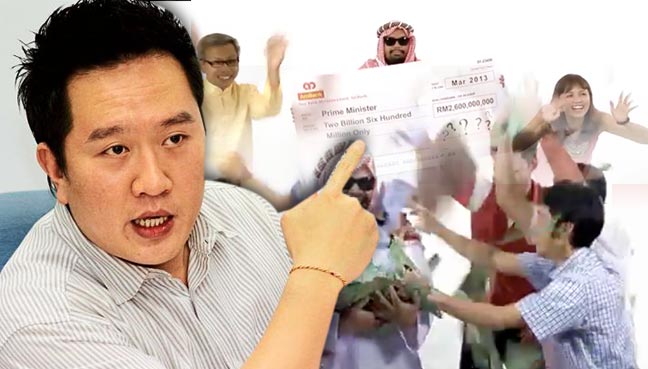 KUALA LUMPUR: MCA has panned the recent Chinese New Year parody video by DAP, calling it disgusting and an insult to the intelligence of viewers.

“This runs contrary to the traditional spirit of the festival and leaves a bad taste in the mouth,” said Lee in a statement today.

“DAP has never missed any opportunity to spread hatred among the people.”

However, Lee said as Malaysian Chinese, the duo must realise there is a need to “scale down” during the Chinese New Year celebrations.

“Their actions are disgusting and an insult not only to the festival itself but to their own intelligence as well.”

Pua reiterated that the parody Cai Shen Dao (The God of wealth is here) did not have any error on facts.

Should MCA feel bad, it means they agree with DAP’s criticism, he added.

“BN only serves things on a silver platter. There is nothing wrong in the video’s content. I urged MCA to pick up any factual error in it, but nothing.

“MCA feels uncomfortable because they know the people will agree with us. They hope we will not publicise their scandals,” the DAP national publicity secretary told Malaysiakini when met today.

Talking about the making of the video, Pua said Cai Shen Dao and Cai Shen (God of wealth) are renowned figures in the Chinese Malaysian society.

“In Malaysia, nobody will deny that the biggest God of wealth is the donor of RM2.6 billion. It’s a legend.

“As such, Cai Shen Dao is suitable for satirical songs,” he said, adding that the parody was only released by the end of CNY due to busy schedule.

We wish you a very happy and prosperous new year as we work those who abuses power and are corrupt in the country.

As we do not get “donations” from mysterious Arab donors, we count of the support of ordinary Malaysians to help all of us make our dreams come true.

Therefore to ensure complete readiness and preparation for the battles ahead, we seek your generous contributions to our Sarawak election campaign fund – Public Bank “DAP Malaysia” 306 382 8309.

May Sarawak be the stepping stone to greater changes for Malaysia.

PETALING JAYA: The DAP has begun its Sarawak election campaign by asking for donations in a satirical political video that mocks festive Chinese New Year videos by featuring the ‘God of Prosperity’ and an anonymous Arab to make fun of Prime Minister Najib Razak, his wife Rosmah Mansor, and the Goods and Services Tax.

Tony Pua, the MP for Petaling Jaya Utara, and Teo Nie Ching, MP or Kulai, have starring roles in the video, as well as the Arab and a giant cheque for RM2.6 billion to the prime minister.

The pair sing the traditional Chinese New Year song ‘Cai Shen Dao’ (The God of Wealth is Here), with the Arab liberally handing out money, and the God of Prosperity reduced to poverty.

The video also shows Teo sporting diamond rings on her fingers and luxury handbags, another mocking reference to past controversies that questioned Rosmah’s purported purchase of a RM2 million diamond ring from New York and her purported penchant for luxury goods such as Birkin handbags.
…

Another mocking reference is made to the “cari makan” quip by the chairman of the Public Accounts Committee, with the God of Prosperity shown seated like a beggar with the sign in front of him.

The video ends with a campaign appeal for support against corruption and abuse of public funds and a request for public donations, featuring a cheque for RM50 from the public to DAP, to help their campaign for the Sarawak elections, which is expected to take place before July.