China builds its own BIG commercial plane, the C919 but is it really Chinese?

Posted on November 2, 2015 by weehingthong

C919 is a superficially Chinese plane: it’s assembled in China but it relies heavily on Western components, including engines and avionics from companies including GE, Safran and Honeywell.https://t.co/jLZBUyXZ3j

The C919, which can seat up to 168 passengers, is meant to compete in the market for single-aisle jets dominated by the Airbus A320 and the Boeing 737.

Most of the C919’s critical systems including engines and avionics are being supplied by Western companies or foreign-Chinese joint ventures.

China can sell to its own market for a start. It’s total demand for civilian jetliners over the next 20 years could be 5,580 planes worth a total of US$780 billion (S$1.1 trillion).

China unveils jetliner in bid to compete with Boeing, Airbus 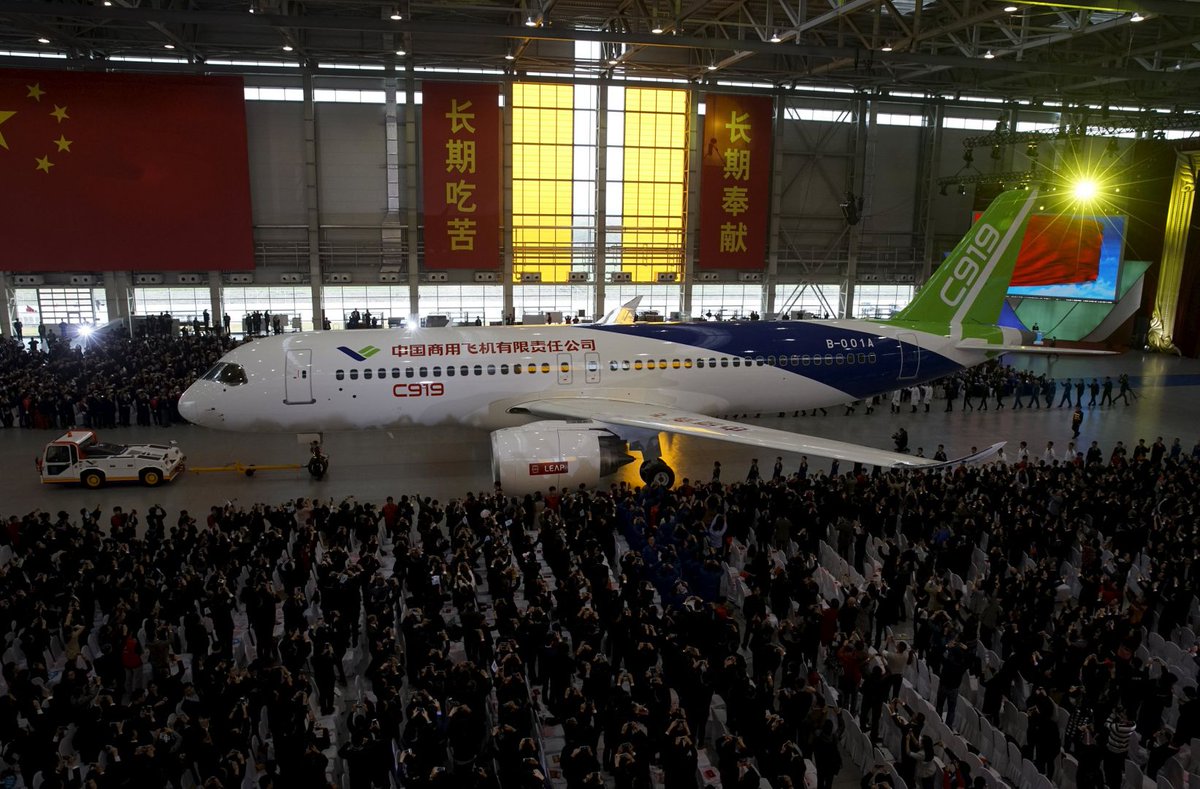 SHANGHAI — A state-owned manufacturer today (Nov 2) unveiled the first plane produced by a Chinese initiative to compete in the market for large passenger jetliners.

China is one of the biggest aviation markets but relies on Boeing and Airbus aircraft. The multibillion-dollar effort to create the homegrown C919 jetliner is aimed at clawing back some of the commercial benefits that flow to foreign suppliers.

The Commercial Aircraft Corp of China showed off the first of the twin-engine planes in a ceremony attended by some 4,000 government officials and other guests at a hangar near Shanghai’s Pudong International Airport.

“It’s a major push for the country, as they want to be known as a major player” in airplane manufacturing, said Mr Mavis Toh, Asia air transport editor for Flightglobal magazine.

The C919 is one of several initiatives launched by the ruling Communist Party to transform China from the world’s low-cost factory into a creator of profitable technology in aviation, clean energy and other fields.

The C919, which can seat up to 168 passengers, is meant to compete in the market for single-aisle jets dominated by Airbus Industrie’s A320 and Boeing Co.’s 737.

Its manufacturer, known as COMAC, says it has received orders from 21 customers for a total of 517 aircraft, mostly from Chinese carriers but also from GE Capital Aviation Services.
…

Most of the C919’s critical systems including engines and avionics are being supplied by Western companies or foreign-Chinese joint ventures.
…

One of the biggest components, the core processing and display system, is being supplied by a joint venture between GE Aviation Systems and AVIC, a state-owned Chinese military contractor.

Other suppliers include Honeywell, Rockwell Collins and Hamilton Sunstrand. AP. 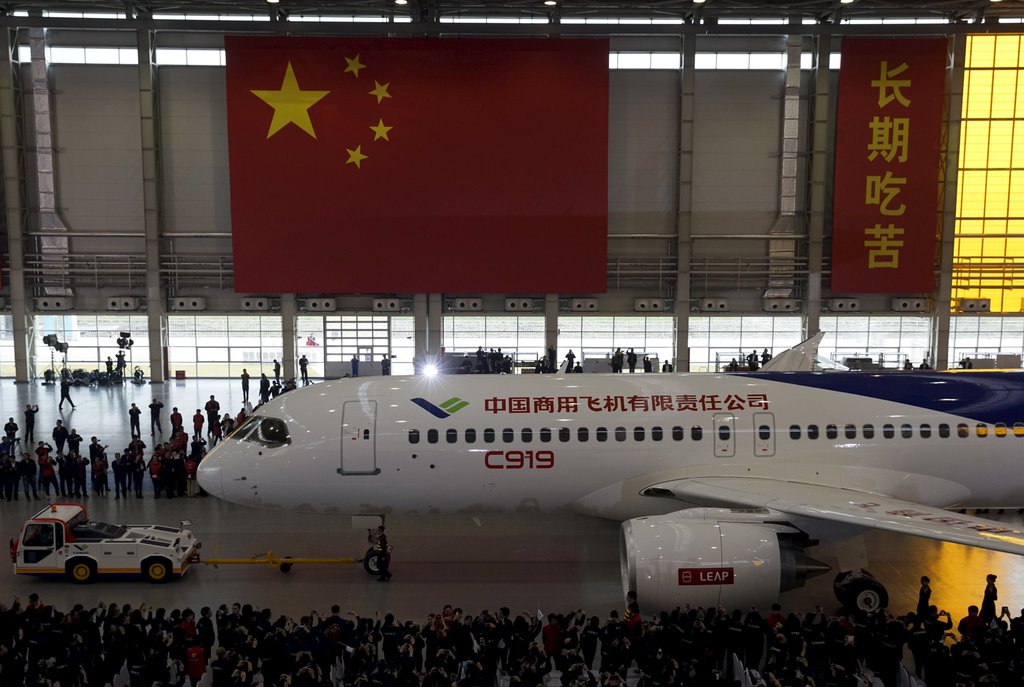 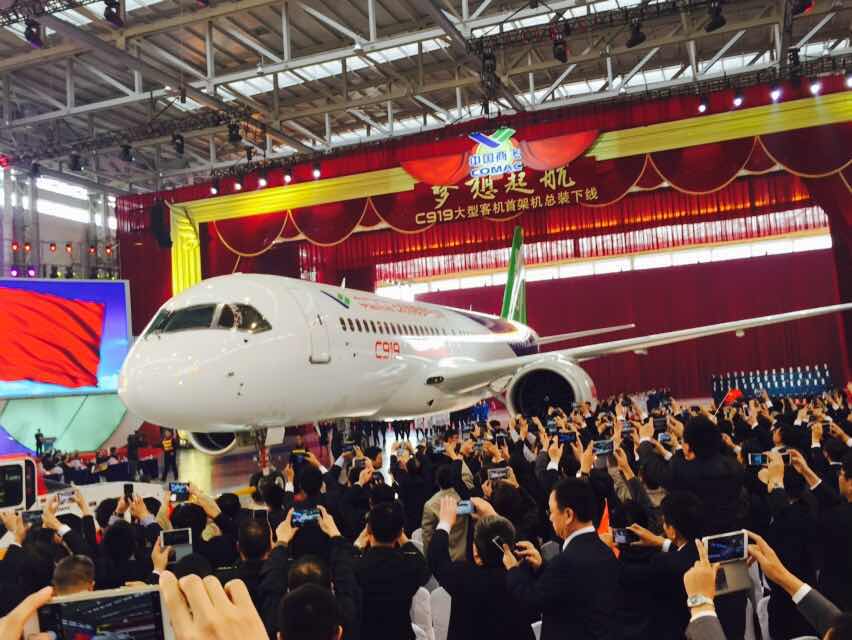 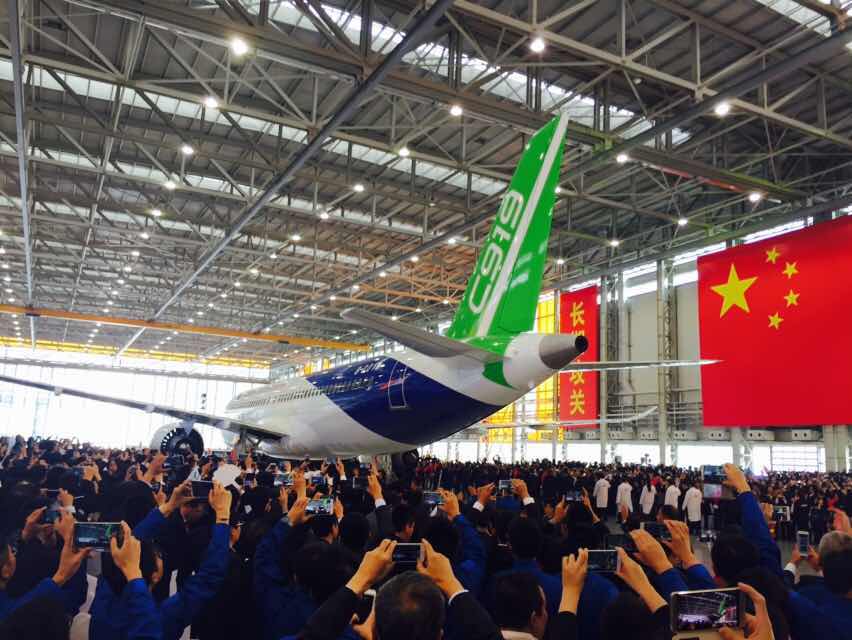 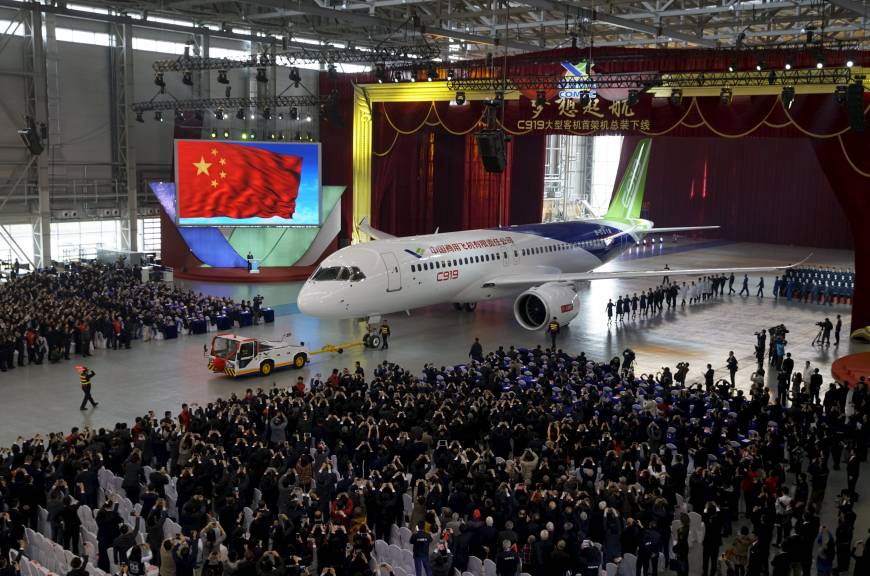