Please sack Muhyiddin, Dr M and the other 5! We want to see a divided UMNO by GE 14.

Who are the 7? Your guess is as good as mine.Four are named here: 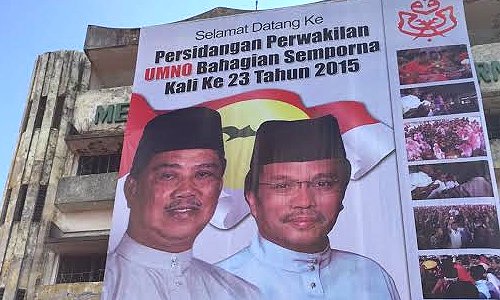 Semporna Umno has alluded that plans to purge Prime Minister Najib Abdul Razak’s vocal opponents from the party may hurt the ruling coalition in the next general election.

The Umno division, which is led by Umno vice-president Shafie Apdal, one of the leaders believed to be on the chopping block, said this in a last-ditch appeal ahead of a final decision on the purge.

“We must remember every vote and seat in the coming 14th general election is important for Umno’s survival.

“The seven leaders said to be facing action, particularly Umno deputy president Muhyiddin Yassin and Shafie as Umno vice-president, surely have hardcore supporters not only in their own areas but across the nation.

“Ousting these leaders will directly erode the confidence of members, particularly among the youths, in Umno,” Semporna Umno said in a statement late last night.

It added that in the context of Sabah, Shafie was instrumental in bringing Umno into the state.

“What is the message that we are conveying to the young generation and the rakyat in Sabah if leaders who have contributed in bringing Umno to Sabah, carried out his duties with distinction as an elected representative and served in seven ministries is simply removed for voicing out the rakyat’s concern?” it said. 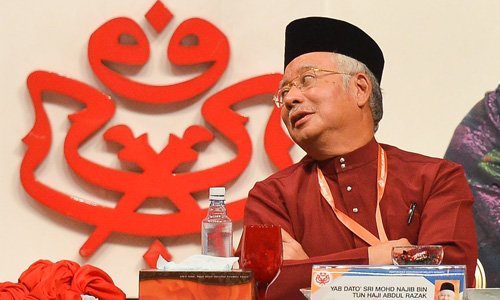 Prime Minister Najib Abdul Razak may have received the backing of 154 out of 191 Umno division chiefs to act against his vocal opponents but the Umno president is unlikely to get similar support from the three million party members.

DAP supremo Lim Kit Siang alluded to this in reference to an internal Umno poll which found the majority of Umno division leaders backing plans to act against seven “errant” Umno leaders.

While the party has refused to reveal the names of the seven leaders, Umno deputy president Muhyiddin Yassin, Umno vice-president Shafie Apdal, former prime minister Dr Mahathir Mohamad and former Umno secretary-general Sanusi Junid are believed to be among the leaders on the chopping board.

Lim pointed that while the Umno chieftains are in “Najib’s pocket”, the same cannot be same about the three million Umno members if a recent Merdeka Centre poll was any indication.

He highlighted the Merdeka Centre survey conducted in August and reported by Singapore’s The Straits Times which found that Najib’s government had for the first time under his tenure lost the majority support of Malays.

The poll, conducted among voters in peninsula Malaysia, found that the government’s approval rating was at an all-time low of 23 percent with 31 percent of Malays and five percent of Chinese supporting the government.

Umno: Members can be probed even without complaints

Umno: Members can be probed even without complaints http://twib.in/l/b5EekXxzxkd  | https://twibble.io 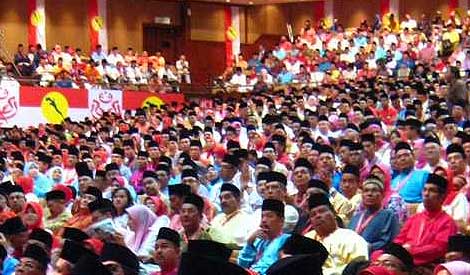 Umno members can be investigated for disciplinary action even without any complaints made against them.

In fact, Umno constitution has a clear provision for action to be taken against members who violate the party’s regulations.

Umno executive secretary Ab Rauf Yusoh said members who make public statements through the mass media to the extent of jeopardising the party, could also be investigated and referred to the party’s disciplinary board.

“The member involved will be referred to Umno disciplinary board for further investigation and any action against the member will be decided at the board’s meeting,” he told Bernama in Kuala Lumpur today.

Clause 20.9 also states that any member who violates the provisions of the constitution or the code of ethics is punishable by warning; suspension of membership; and prohibited from contesting for any party posts or as candidate in general or by-election for any period to be determined by the party’s supreme council.

The member can also be expelled from the party and be disciplined with punishment deemed appropriate and in accordance with the party constitution.