FAIL! Jamal Yunos and his Ampang Rally against the Selangor Government

Jamal Yunos insisted that there would have been 5,000 people if it were held at Spectrum Mall in Ampang.

They never made it to the Spectrum Mall. Nobody wanted to go.

Jamal, the last speaker at the gathering, had, in his speech, asked if the participants would march with him to the shopping mall.

The call, however, received only a lukewarm response from the crowd.

After repeated calls, the emcee announced the end of the one-hour protest as none of the leaders present wanted to go against the law. 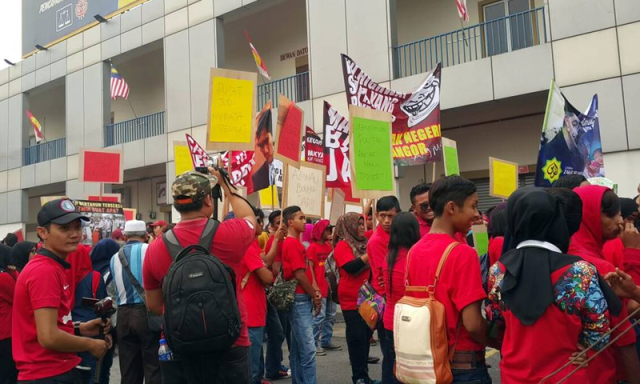 However he refused to admit that it was a failure, saying he got the message across to at least 15 people there.

The crowd, mostly teenagers, also refused to risk spending tonight in the lockup by giving a lukewarm response when Jamal attempted to goad them to march to the Spectrum shopping mall in Ampang, the original rally starting point.

However this was cancelled as the authorities forbade the rally to be held there.
…

The speakers blamed Pakatan government for every problem in the state such as toll hikes, rising cost of living as well as property in the state, aedes mosquito infestations, potholes on roads and flash floods.

Ismail criticised Azmin’s administration over alleged broken promises to bring down the price of homes in the state.

It was supposed to start at the Spectrum Ampang, Ampang Jaya. From there, the protestors were to  march to the Umno Ampang division’s building. The main event would be held there.

Instead, they gathered at Ampang UMNO HQ, where the protestors refused to march to the Sepctrum Ampang!

WILL JAMAL YUNOS GO AHEAD WITH HIS RALLY?

Translated from Indonesian by Bing

The atmosphere of the set of objections against the Kingdom of Selangor in Spectrum Ampang today. Photos by Ray RAZIATUL HANUM 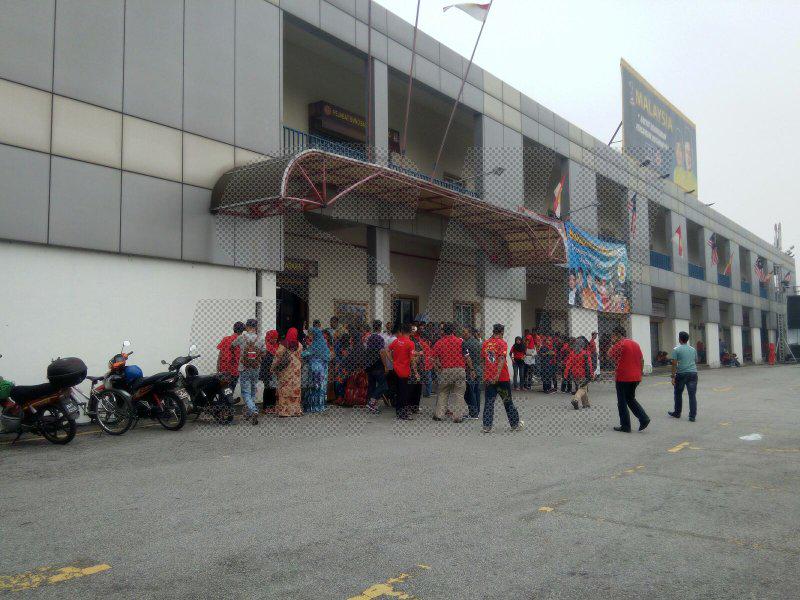 ‘Save Selangor’ rally to gather outside Umno building

KUALA LUMPUR, Oct 18 — The unsanctioned protest against the Selangor government will begin at a mall in Ampang and terminate at the Ampang Umno division office, organisers said today.

“We will march from Spectrum (Shopping Mall) to the Umno Ampang division’s building. The main event will be there,” Durrany Izam, secretary to the rally organiser Datuk Jamal Md Yunos, told Malay Mail Online.

When asked if the local police have contacted them today over the rally, Durrany said no and confirmed that the rally will proceed as planned..

“By Malay, go down tomorrow (today). Not one of us working together, “pleaded Jamal on Whatsapp group ‘Ali Boxing & Media’ spread since last night.

However, the appeal failed to get a positive response from representatives of the NGOs listed in the group concerned.

In fact, some of whom responded cynically claiming not to be involved in the assembly who did not get approval from the police and permission from the local authority.

The rally is slated to be held in front of Spectrum Mall in Ampang Jaya, tomorrow at 3pm.

“Our responsibility is to voice out the rakyat’s frustration over the failures of the Selangor state government in providing the welfare of the citizens in Selangor. It’s not our problem that our application to hold the rally was disapproved by the police,” said Jamal, who applied for the rally permit on Oct 7. 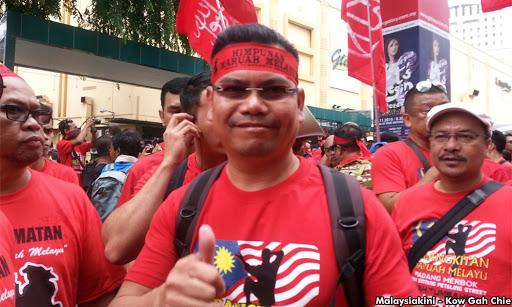 Police today said it will not permit Sungai Besar Umno chief Jamal Md Yunos to go ahead with a demonstration aimed at protesting against the purported poor management of the Selangor government.

The protest is due to take place this Sunday at a shopping mall in Ampang.

Ampang Jaya district police chief Khairuddin Saad urged the public against joining the rally, stating that it did not comply with the Peaceful Assembly Act 2012 (PAA), according to Sin Chew Daily.

“If the organiser insists on organising the rally the police will take the necessary action,” he was quoted as saying.

Khairuddin said the planners of the protest had informed the police, as well as the Ampang Jaya Municipal Council, about the rally.

However, he said the municipal council had rejected the organiser’s request to use Spectrum Ampang as a venue for the protest.

Selangor police chief Senior Deputy Comm Datuk Abdul Samah Mat said anyone who wanted to hold a rally must do so according to the law.

“In this case, he plans on having a rally on Sunday but he has not informed the police there about it.

“It is already Wednesday. He needs to inform us 10 days before holding the rally and he has not done so,” he told reporters after launching the USJ21 police beat base yesterday. 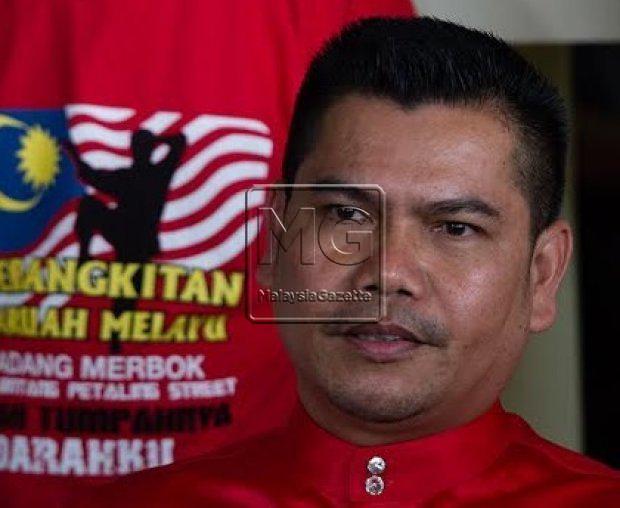 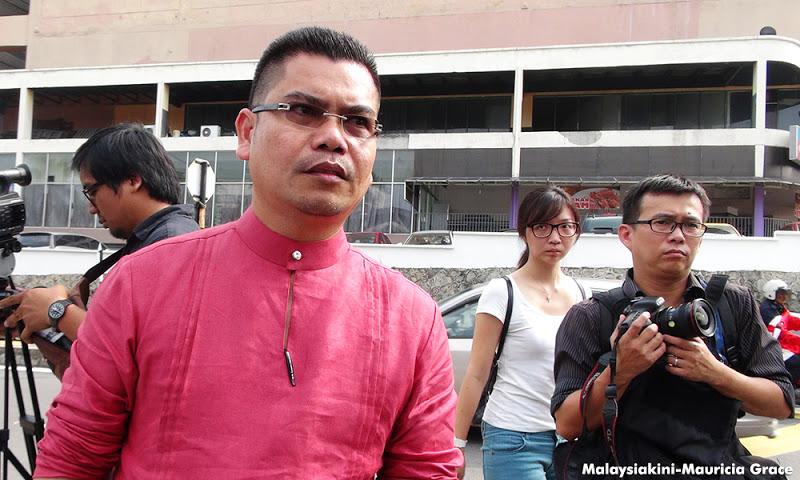 Umno division leader Jamal Mohd Yunus said the Sunday rally against the Selangor government will still go on, despite reservations from the authorities.

Jamal, who heads the Umno Sungai Besar division, also announced that they are planning to do a roadshow in Selangor for six months, starting with the Ampang rally.

He said he has already sent a notice to the police and said they will let the police do their work – and he went on to insist that he is representing the voices of the Selangor people.
…

“I don’t expect it to be attended by many; I only expect around 5,000 people. This is a roadshow.

“After this, we will hold another in Kelana Jaya and Subang… the roadshow around Selangor will be held for six months before we hold a rally with thousands of people,” Jamal told reporters in front of the Ampang Jaya district police headquarters today.

4 Responses to FAIL! Jamal Yunos and his Ampang Rally against the Selangor Government