MCA is against Bersih 5. Remember when MCA Youth chief Chong Sin Woon said that MCA members should NOT attend Bersih 4?

At the Wanita MCA annual general meeting on Saturday, the wing’s chief Datuk Heng Seai Kie said both the Bersih and Red Shirts groups should not hold their clashing rallies on Nov 19 to maintain peace and order in Kuala Lumpur.

MCA Youth chief Chong Sin Woon said the wing would abide by the announcement by the party that .

“MCA stands firm that members should not attend the Bersih gatherings to prevent the political scenario in the country from turning more unstable and complicated,” he said in a statement yesterday.

Ong said the party had always focused on peace and stability above anything else.

“Ever since its inception, MCA has always been prioritising national peace and stability.

“We are duty bound to protect the safety of all Malaysians. As such, MCA members should stay away from Bersih gatherings,” he said.

HIS BIG BOSS, NAJIB,  WILL BE SURE TO DROP HIM FROM THE CABINET.

MCA leaders at odds whether members can join Bersih 4 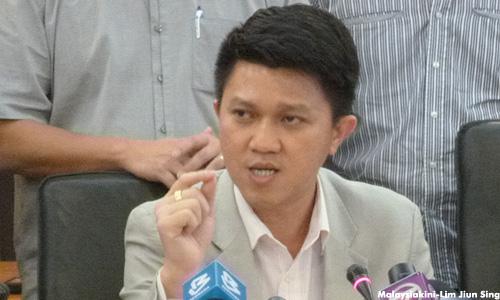 Chong had said that no disciplinary action would be taken against his party members even if they were to join the rally, which also demands for Prime Minister Najib Abdul Razak’s resignation.

“But what I’d say is please abide by the law, have self-discipline, and take care of yourselves,” he was quoted as saying by The Star Online today.

However, Chew was quoted by Bernama as saying that MCA has a mechanism in place to act against any member who joins the rally or is in any way involved.

In contrast, Chong, who is also deputy education minister, said undergraduates were likewise free to join the protest, as such restrictions under the Universities and University Colleges Act 1971 have been removed.

“They are free to express themselves,” he was quoted as saying.

Chong’s statement is in contrast to Higher Education Minister Idris Jusoh’s who warned students’ against participating in the protest.

‘Unintelligent for MCA to allow members to join Bersih 4’

MCA Youth Chief Chong Sin Woon should join the opposition if he wants to support Bersih 4, an Umno Youth leader said.Federal Territories Umno and BN Youth Chief Razlan Rafii said it was ‘unintelligent’ for Chong to say it was okay for MCA members to join tomorrow’s Bersih 4 rally.

“This is an unintelligent act. As a BN component member and MCA Youth chief, his thinking should be more mature and rational.

“He talks like he is in the opposition. If he can’t lead MCA Youth then he should go join them (Bersih),” Razlan told Malaysiakini.

Earlier today, Chong (photo) said no action will be taken against MCA member if they joined in the Bersih 4 rally which among others demands for Prime Minister Najib Abdul Razak’s resignation.

Chong, who is also deputy education minister, said undergraduates were likewise free to join the protest as any restriction under the Universities and University Colleges Act 1971 has been removed.

1 Response to MCA is against Bersih 5. Remember when MCA Youth chief Chong Sin Woon said that MCA members should NOT attend Bersih 4?