Penang and The Mother of All Traffic jams!

The road will be closed to allow for concreting works for the 390m special span.

GEORGE TOWN, Sept 3 — The DAP-led Penang government has lifted the stop-work order for the construction of a flyover for the Bayan Lepas Expressway (BLE) but said it can resume building only on weekends.

This is based on recommendations by an independent panel of engineering consultants, state Chief Minister Lim Guan Eng said today.

“The panel will monitor the construction site throughout the whole construction period to ensure that its recommendations pertaining to safety are adhered to,” he said in a press conference at his office.
…

The independent panel had proposed that the road be closed only from Friday 11pm to 5.30am on Monday to allow for concreting works for the 390m special span.

“This is so that the project can continue without further delays but we will not allow partial closure for concreting works unless they can promise zero incidents if this is allowed,” Lim said. 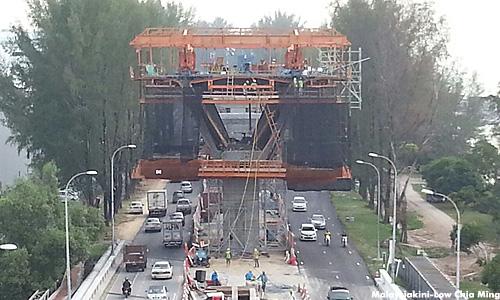 UEM project manager Ahmad Fauzi Ali has apologised to commuters who were caught in what is dubbed “Penang’s worst traffic jam in history” on Monday.

UEM is the federal appointed company to develop the flyover project along the Batu Maung coastal stretch leading to the second Penang bridge.

However, the state government and Penang Island City Council was initially blamed for the massive traffic jam.

Fauzi said UEM acknowledged the state’s concern and emphasis on safety of commuters, who ply daily along the Tun Lim Chong Eu Expressway to the Bayan Baru area.

AFTER LIM GUAN ENG’S DIRECTIVE TO STOP WORK AND RE-OPEN THE ROAD, TRAFFIC RETURNS TO NORMAL! 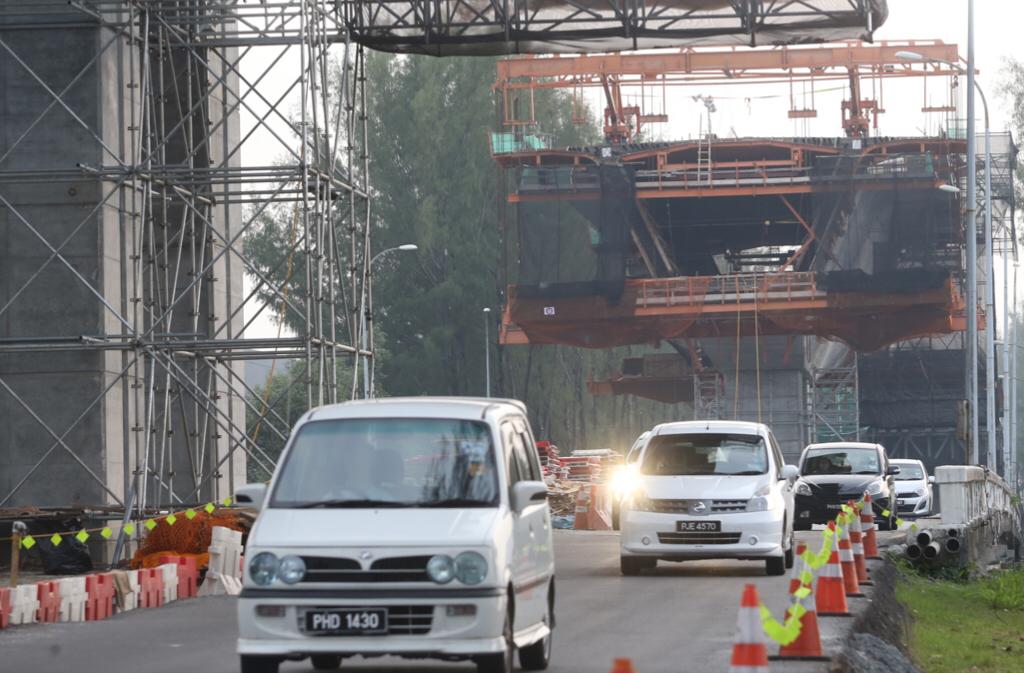 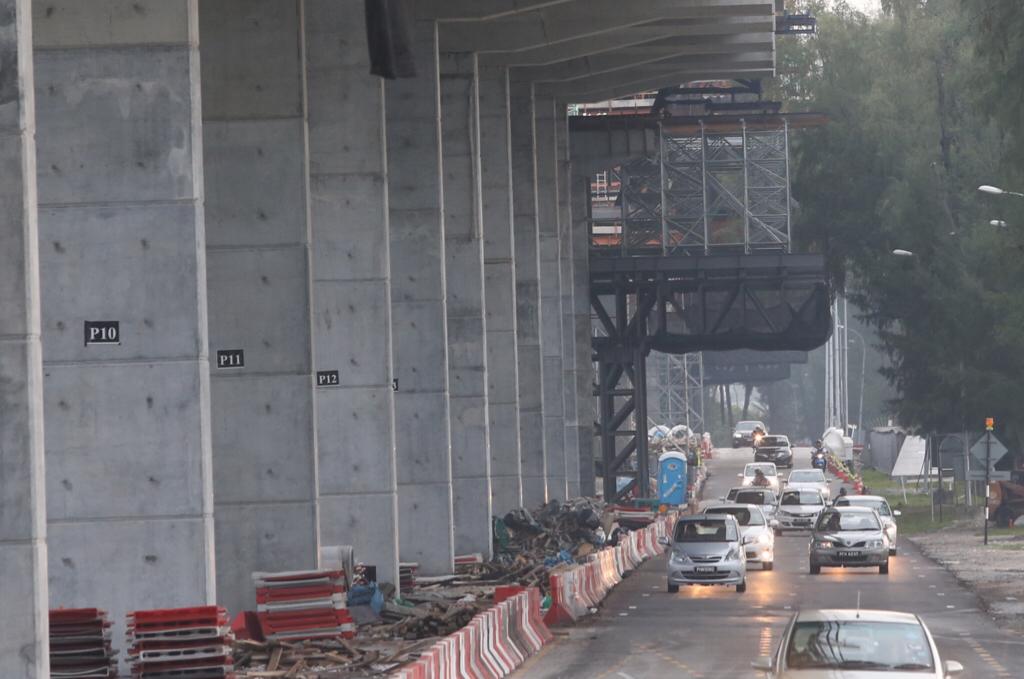 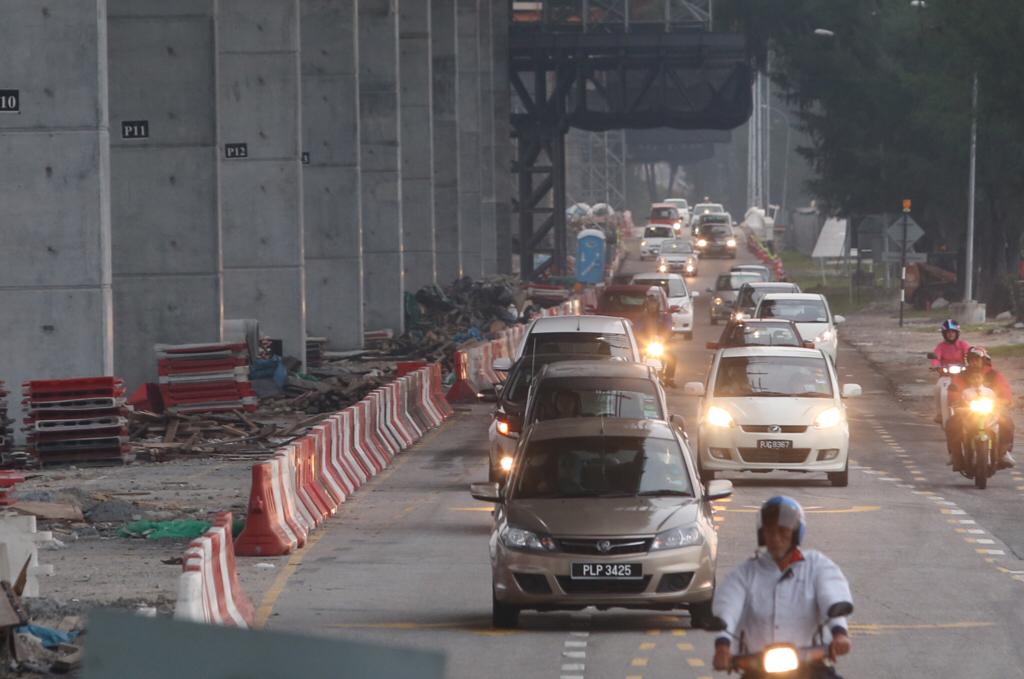 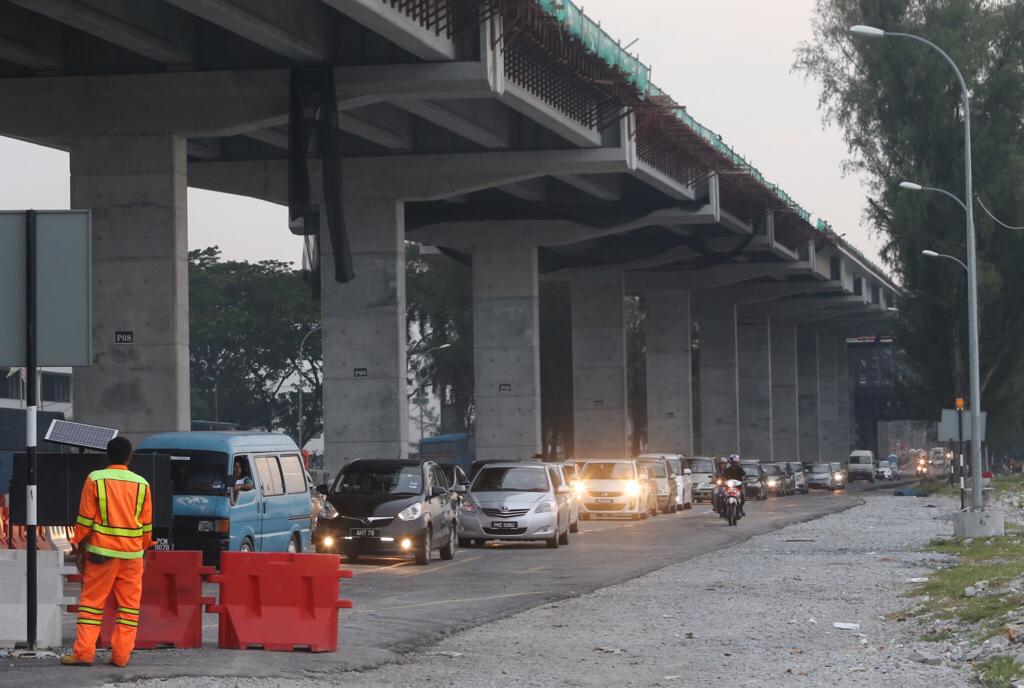 GEORGE TOWN: The traffic that paralysed the industrial hub of Bayan Lepas yesterday, has returned to normal, following the reopening of a closed stretch of road today.

As at 8am, traffic at the Free Industrial Zone (FIZ) and its surrounding areas have returned to normal, albeit moving rush-hour traffic.

Lim Guan Eng described it as the worst traffic congestion in recent years, terming it a crisis that needed to be tackled immediately.

A section of the Tun Dr Lim Chong Eu Expressway between the junction of Sungai Keluang 1 and the Kampung Jawa Highway has been closed for five months since 15 August to build a multilevel bridge across Sungai Keluang to link the Bayan Lepas Expressway to the Sultan Abdul Halim Mu’adzam Shah Bridge. 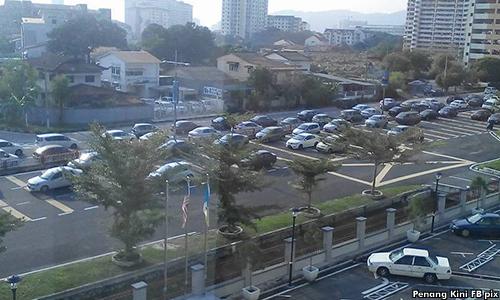 We want to hear from you on the massive traffic jams in #PulauPinang Share your experiences. #pulaupinangjam 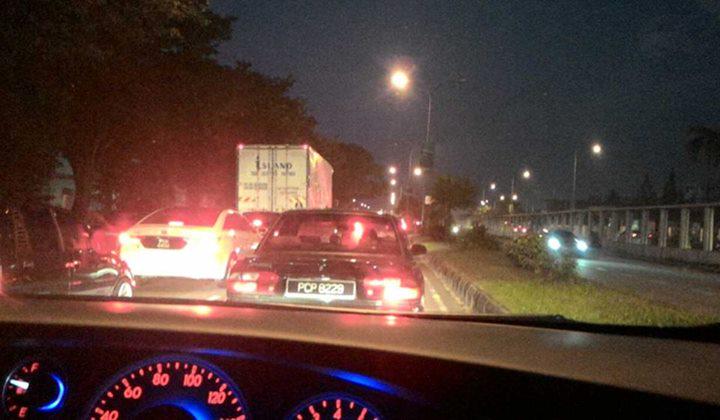 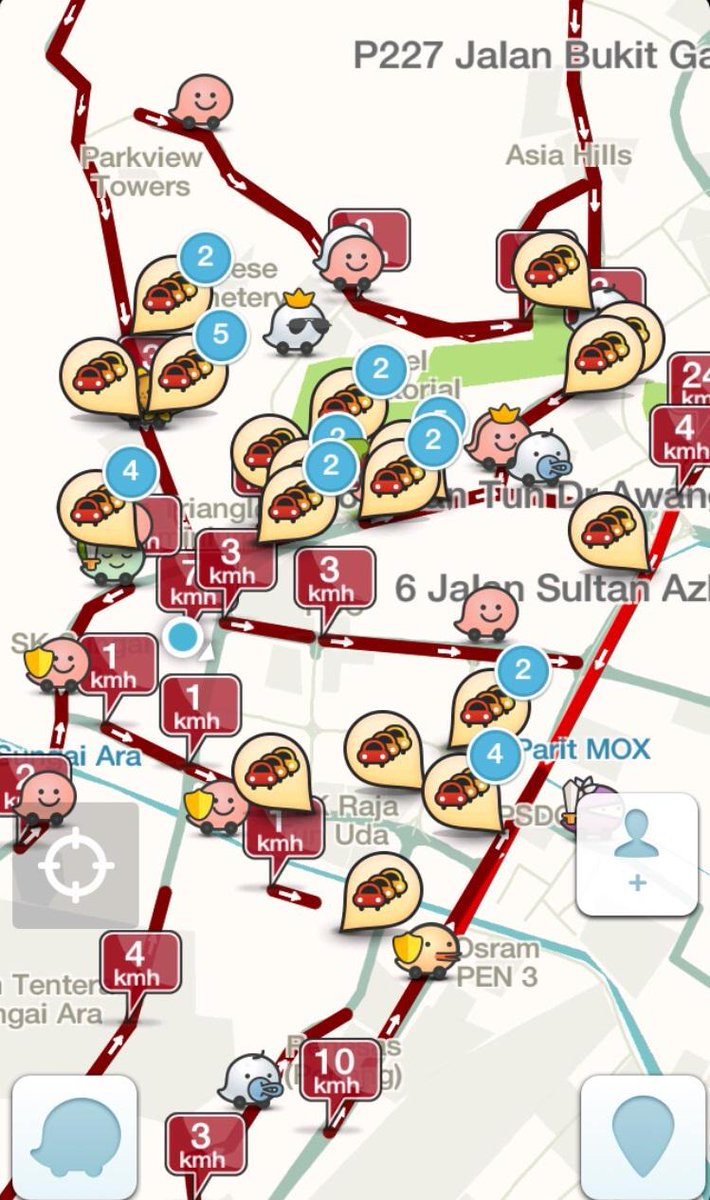 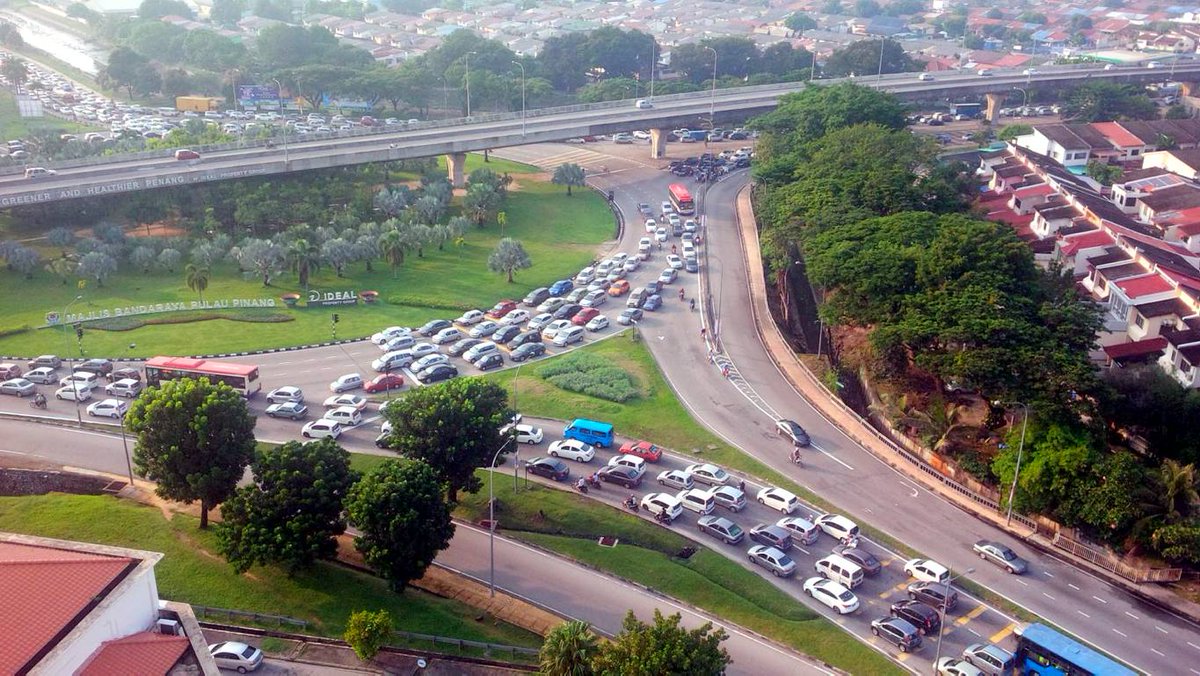 Thousands Of Penangites Were Stuck In A 3-Hour Traffic Jam Due To Road Closure: http://bit.ly/penangjam 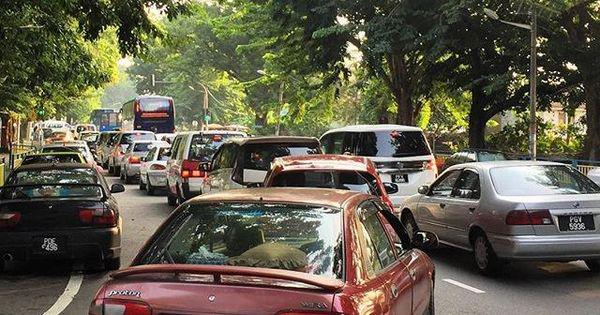 Road users Penang, especially in Bayan Lepas and Bayan Baru, were caught in a traffic gridlock today following the closure of a section of the Tun Dr Lim Chong Eu Expressway to build a multilevel bridge.

The three-hour-long congestion in the morning caused people to be late for work and school and there were also complaints of people missing flights. 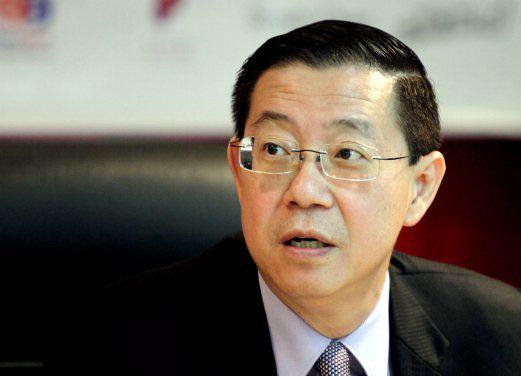 GEORGE TOWN: The state government has set up a crisis management team to be headed by the Public Works Department (PWK) to tackle the massive traffic congestion due to a section of expressway closure to give way for a flyover project in Bayan Lepas.
Chief Minister Lim Guan Eng said the team would coordinate with PWK to ensure the safety of the 390 meters structure with a load weighing at a staggering 14,000 tonnes.
Lim said the tonnage of the structure was some 13 times heavier that a section of the ramp along Tun Dr LiM Chong Eu Expressway that collapsed nearby the construction site back in 2013.
Speaking at a press conference here today, Lim said the administration was angry with the traffic gridlock that inconvenienced thousands of road users.
Lim said road users’ safety would be the priority and ruled out partial closure, as this would pose a high risk to motorists. “There is no guarantee from the workers on site to anyone’s safety if they were to proceed with construction works.
“The length flyover under construction is about one and half of a football field. “That is why we decided to close down the section for the sake of motorists,” he said. 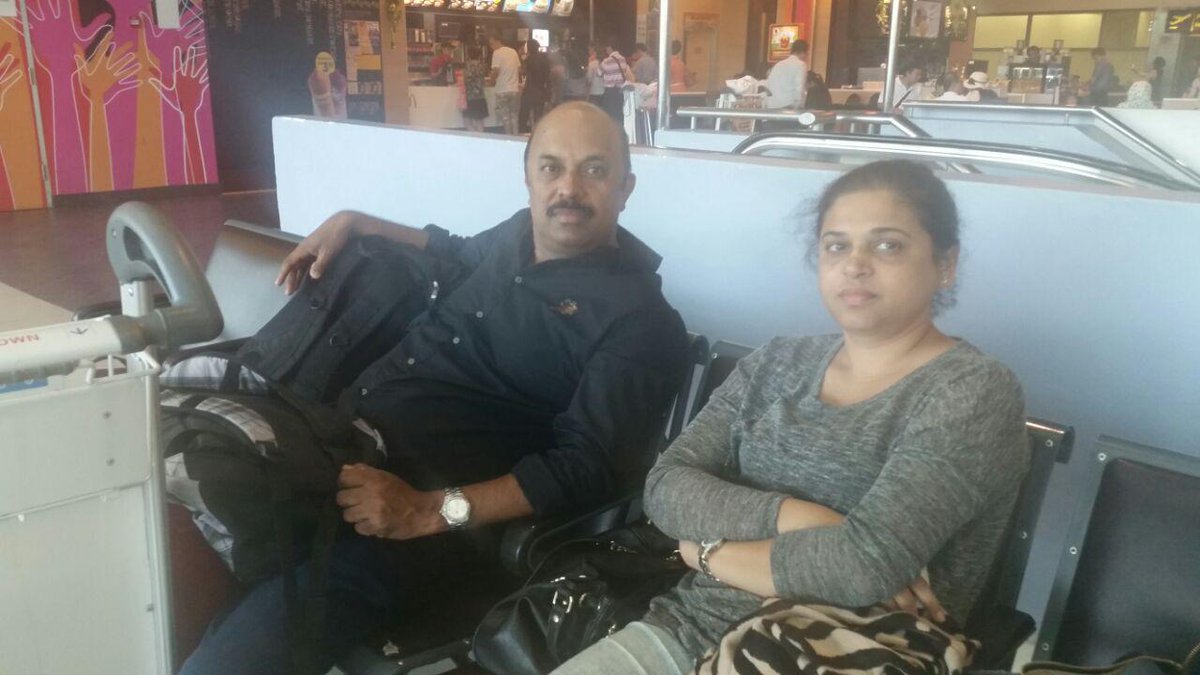 GEORGE TOWN: A couple travelling back after holiday from Penang to Bangalore (India) via transit in Kuala Lumpur had missed their flight this morning following the massive traffic jam due to road closures for construction of the Bayan Lepas Expressway.

Fareed Uddin,54, and his wife Najma Fareed, 43, from India missed their 9.45am Malindo Airlines flight this morning after reaching the airport five minutes late.

They purchased an alternative ticket for almost RM400 from the same airlines to Kuala Lumpur scheduled at 3.45pm later today.

“Thank God I purchased the tickets on the spot, else we would miss our second flight to Bangalore which will cost us thousands of ringgit to repurchase,” said Fareed who were frustrated. 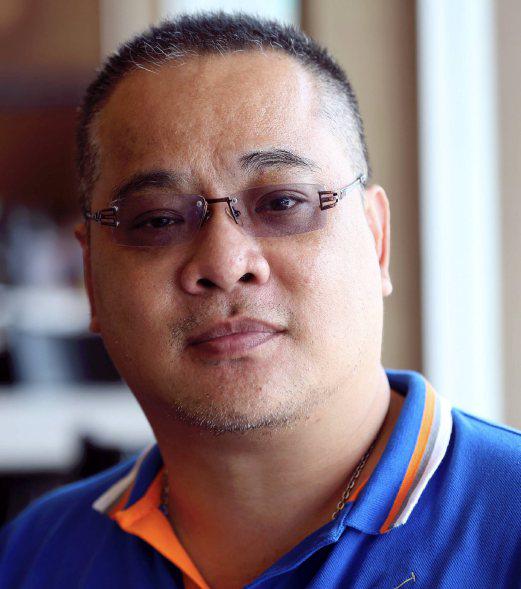 He had to purchase an alternative flight with FireFly airlines priced at RM225 scheduled at 2pm today.

Speaking to New Straits Times while waiting for his flight in frustration at the Penang International Airport’s Old Town White Coffee, he said this was the ‘worst traffic jam he had ever faced in life’. 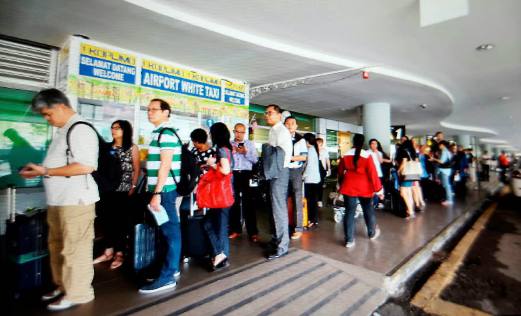 1 Response to Penang and The Mother of All Traffic jams!