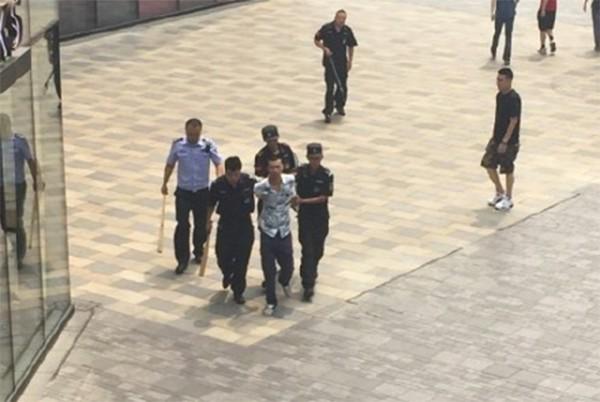 Family members of the woman who was killed by a sword-wielding man in Beijing’s Sanlitun district last week have spoken up.

According to Shanghaiist said that the victim and attacker didn’t know each other, putting to rest online rumors that he was the woman’s ex-lover.

Gu Wenqing, a Shandong province native, was stabbed in the chest outside of a Uniqlo store in the capital’s bustling Sanlitun shopping and bar area on the afternoon of August 13.
…

The woman’s husband, who was injured in the attack, has been identified as a French national named Mariaud Romain, a former employee of Beijing’s French Embassy.

Gu Wendi, the sister of the deceased woman, confirmed that the attack was completely random and that the killer had been seen wandering around the same area for three days beforehand.

She also confirmed online posts that the killer had told the two he “hated Americans” before stabbing them with a one-meter long sword.

“The murderer said he hated Americans and asked whether my brother-in-law was an American. My brother-in-law replied that he is French and asked him not to hurt them. But the man stabbed them in the back when they walked past him,” said Gu.

A man has been arrested in Beijing for attacking a man and woman with a sword. She died later. http://ebx.sh/1gD8Zn5

According to the police statement, the attacker is a 25-year-old Chinese man (pictured below).

After he had stabbed the two victims, he walked around the same area swinging his sword.

When the police arrived and approached him, he didn’t resist arrest.

According to The Shanghaiist, the suspect got down on the ground and was eventually led away from the scene of the crime.

As heard on social media, there was a stabbing this morning outside the Uniqlo in Sanlitun, one of the busiest areas of foot traffic and commerce in Beijing. Police appear to have subdued the assailant and roped off the area.

Stabbing Outside Sanlitun Uniqlo in Beijing
As heard on social media, there was a stabbing this morning outside the Uniqlo in Sanlitun, one of the busiest areas of foot traffic and commerce in Beijing. Police appear to have subdued the assailant and roped off the area. More information to…
beijingcream.com

A 25-year-old suspect, from the north-eastern province of Jilin, had been detained after the attack in the shopping centre, known for its international brands, bars and restaurants, the department said via an official microblog.

Photos and videos circulating on social media, which could not be independently verified by Reuters, showed a man pacing outside a Uniqlo store wielding a long samurai sword as a woman lay bloodied on the ground nearby.

Other images showed a man using his hands to place pressure on a wound in her chest. The same man was shown in other photos walking alongside policemen, holding his hand over his own wound.

The victims were rushed to a hospital, where the woman died, the microblog said, without giving details about the man’s condition. 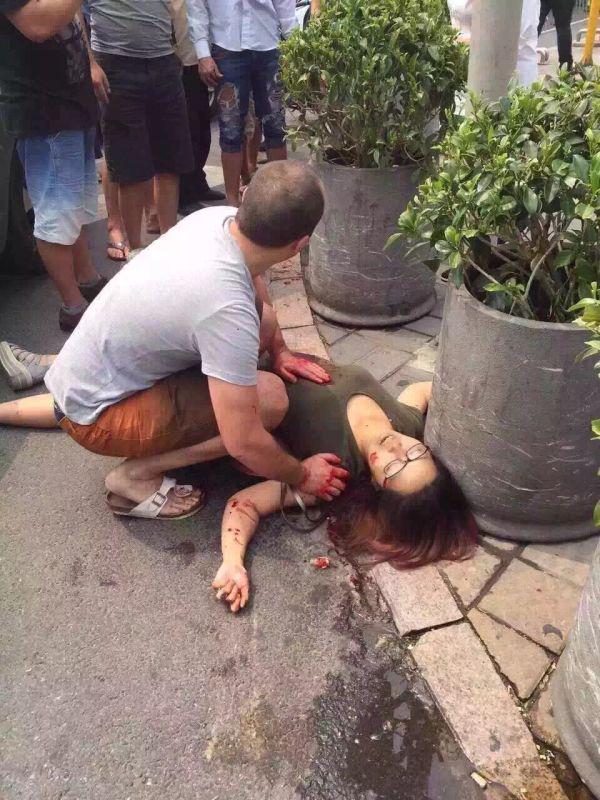 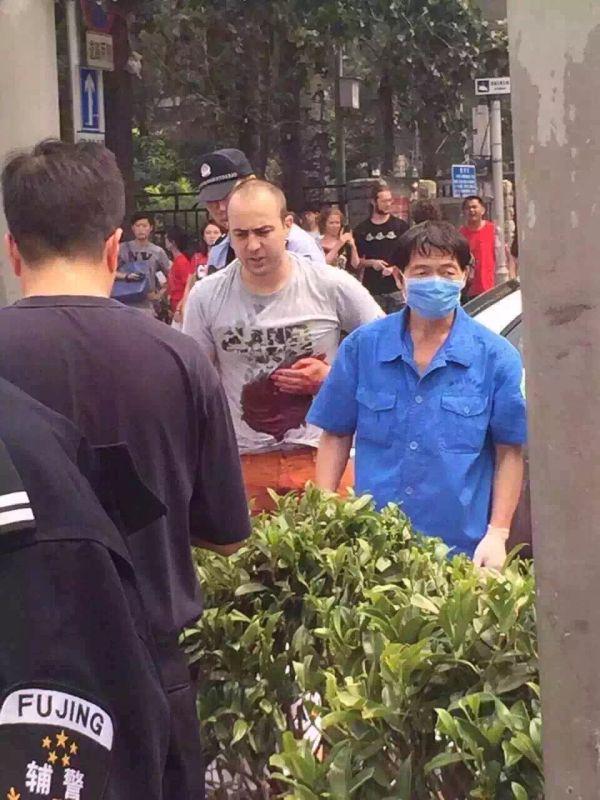 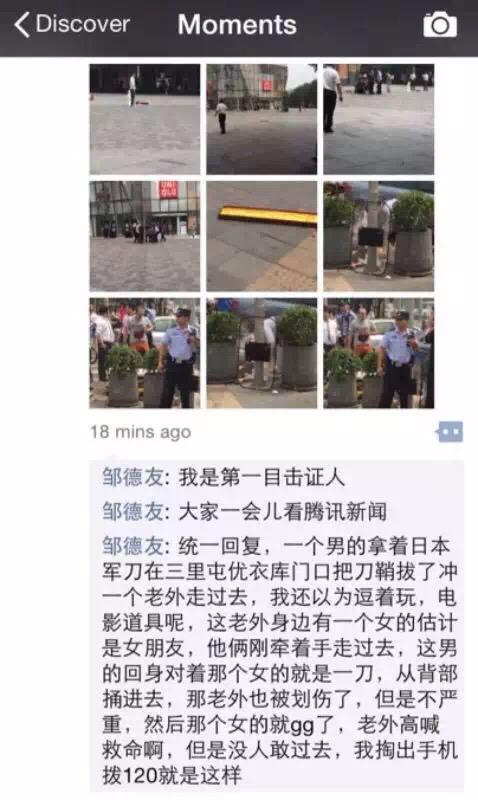 .@bleungberg the #sanlitun stabbing according to a first person account on wechat