Stolen in JB: Singapore Honda Civic 2.0 manual SDX3505S. Was it ever found?

SINGAPORE – A Singapore-registered car was stolen in 10 seconds at a carpark outside Tebrau city, a popular shopping mall in Johor Baru.

Owner Nolan Khoo, 32, on Tuesday (Aug 11) posted on Facebook a video of the incident, which was captured on a surveillance camera from a nearby store.

“My car (a Honda Civic with registration plate SDX3505S) stolen in 10 seconds at Tebrau city on Aug 10 at 4.20pm,” wrote Mr Khoo, an assistant manager at a logistics firm.
…

The video shows a white car stopping next to Mr Khoo’s car. A man then stepped out from the passenger seat, unlocked the driver-side door of Mr Khoo’s car and drove it away.

Responding to comments on his post, Mr Khoo speculated that the thief could have “some sort of master key and remote” to pull off the heist so quickly. 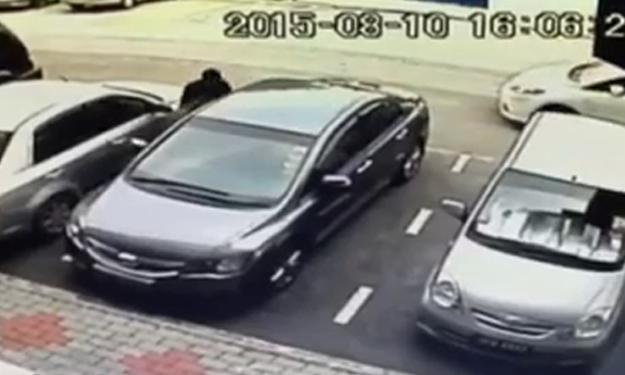 1 Response to Stolen in JB: Singapore Honda Civic 2.0 manual SDX3505S. Was it ever found?