Amos Yee tries to rain on SG50 with a video: NATIONAL DAY SUCKS! 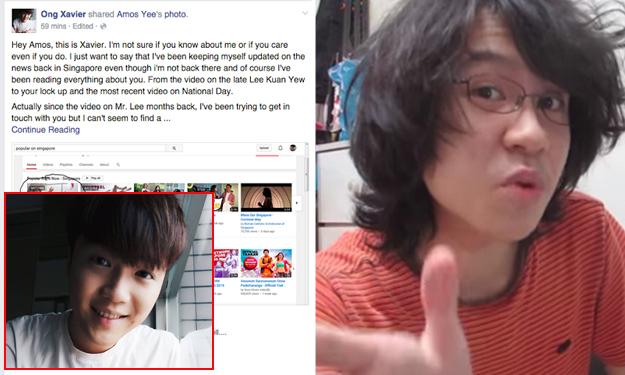 Xavier Ong first sparked controversy in November 2010 when he posted a photo of his ‘O’ Level exam papers on Twitter. In January 2011, he gained notoriety once again after boasting about illegal driving.

However, as the Stomper points out, the latter seems to have matured a lot.

Xavier wrote to Amos, “I’m writing this in hope that you’ll actually read and understand what I’m trying to say because I feel that based on what I’ve gone through, I might actually be in the right position to say something based on my past experiences.”

Ong Xavier Hey Amos, this is Xavier. I’m not sure if you know about me or if you care even if you do. I just want to say that I’ve been keeping myself updated on the news back in Singapore even though i’m not back there and of course I’ve been reading everything about you. From the video on the late Lee Kuan Yew to your lock up and the most recent video on National Day.
Actually since the video on Mr. Lee months back, I’ve been trying to get in touch with you but I can’t seem to find a way to (I mean yes I can wait for you outside court but I don’t think I really need to go that far).
I’m writing this in hope that you’ll actually read and understand what I’m trying to say because I feel that based on what I’ve gone through, I might actually be in the right position to say something based on my past experiences. I was brought to the attention of Singaporeans when I posted the cover page of my O levels in 2010 and I got more attention after releasing a horribly arrogant video which I felt isn’t wrong at all. The entire incident subsequently simmered down and as much as I’ve learnt some things from it, I wasn’t wise enough to stop creating problems for myself. Years on, I got locked up in DB for 30 days (you can read about it on the blog www.xavierong.com) and just like you, I was restrained for some time.
I want to say that from watching your videos to reading your blog posts, it’s no doubt that you are a very wise and intelligent kid. You’re outspoken and I know that you have your own views on certain things (I myself do have a lot of different views on many things) which others might not be able to relate to. I’m not here to tell you to stop what you’re doing because everyone has their rights and everyone can choose what they want to do as long as they’re able to bear the consequences but haven’t you forgotten about what you just went through not too long ago? It’s been over 2 years now since I’ve been released but up till now the fear is still etched within me. I just hope you can think back about the days when you were being locked up and remember that you actually do not enjoy at all (okay you can ignore this entire chunk of words if you actually enjoyed your time in there).
Sure, you have gained support from a lot of people around the world who felt that it was too harsh a punishment for what you’ve done. With all the support which you have garnered, I just hope you can find positivity and wisely make use of the attention (or fame) you have right now instead of going on and on with what you’re doing because if anything happens to you again, you really brought it upon yourself don’t you think so? I believe that there are many other things which you can do with your knowledge and the amount of supporters you gained. I would actually love it if I can have a chance to speak to you personally and if you’re keen, you can PM me here or drop me an email at admin@xavierong.com.
I won’t say I have been through more than you but I believe I have gone through enough to know how you might actually feel. I know the attention and limelight feels great now but stop doing anything which might actually land yourself in trouble again. Don’t do something now and regret again later. It really isn’t worth it.
Cheers!
https://www.facebook.com/pages/Amos-Yee/286808914699053?fref=ts

After watching Amos Yee’s video, several Singaporeans got together to express their opinion and thoughts on it.

At last, Amos Yee gets some attention. 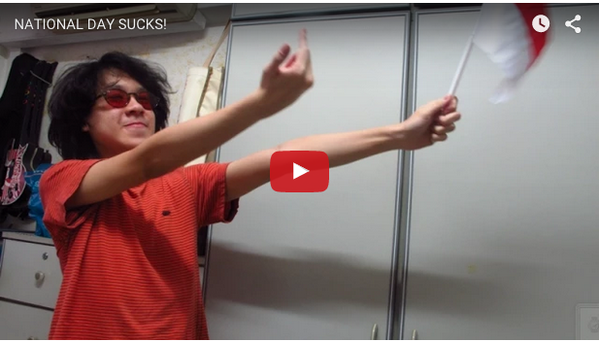 Click on any of the following and look in vain for coverage of Amos Yee or his video that insults Singaporeans as they celebrate SG50.

Amos Yee‘s latest video really makes me…want to grab a pair of scissors and snip those excessively long disgusting locks of his.

amos yee makes much more sense than most sporrans

Amos Yee is back. Lol

So Amos Yee made another video. Didn’t watch the 1st, won’t watch the 2nd. He’s just an irritating kid who wants attention.
— 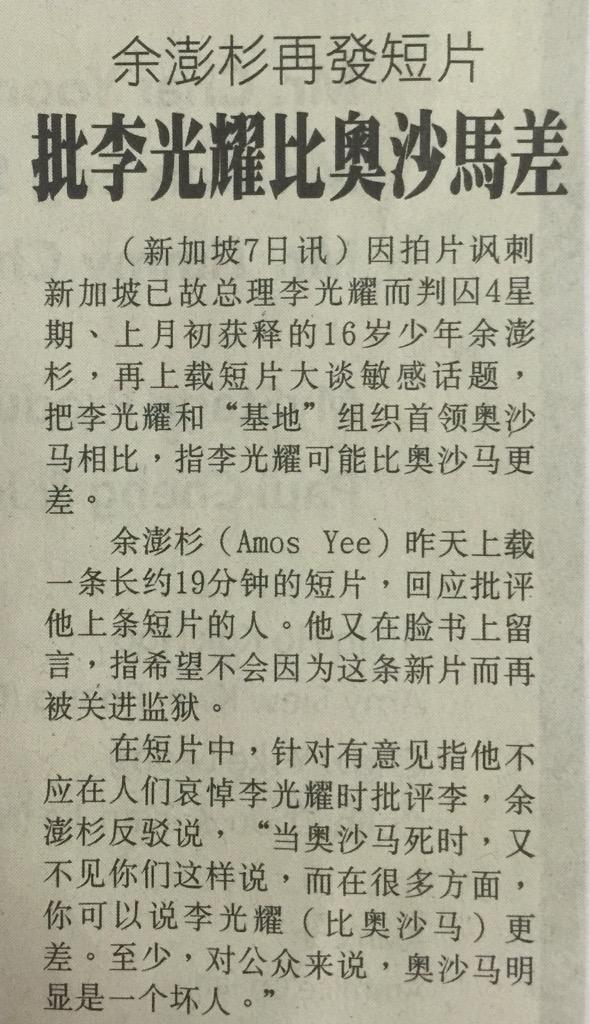 Amos yee is a dick again

your dreams ‏@jakachuuu 3h3 hours ago

There’s nothing wrong with Amos Yee. The problem lies with his fans. 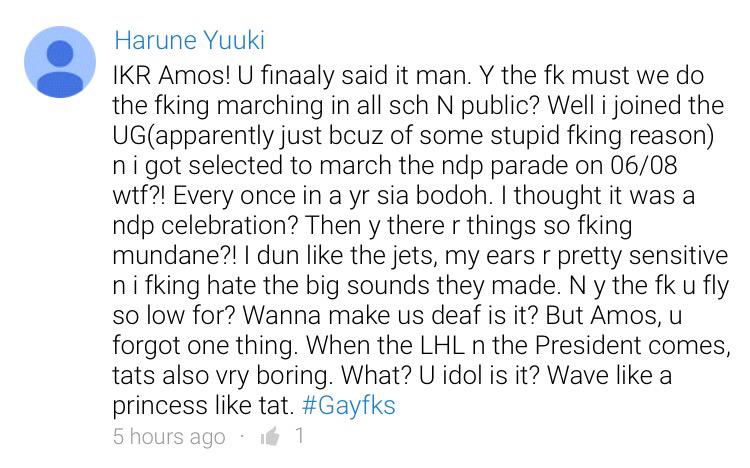 And it’s not over yet, because if you want to ruin National Day, ruin it all the way. #SG50

Well. Here’s the video. I hope I don’t get sent to jail again. https://www.youtube.com/watch?v=jNA6on-WY3Y … http://fb.me/4FvKUrWHw

A teenage Singaporean blogger recently jailed after publishing an online video that criticised the late Lee Kuan Yew and was deemed to have been obscene and insulting to religious feelings, has launched another tirade, condemning the lack of freedom of speech in the city-state.

As Singaporeans prepared for a public holiday to celebrate 50 years of independence, Amos Yee, 16, posted a video on YouTube comparing himself with Albert Einstein, Karl Marx and Miley Cyrus, and criticising the government for detaining him.

In his latest video, Mr Yee compared the founding father of modern Singapore with Osama bin Laden, describing his followers as “unintelligent, uneducated idiots”. He defended his original video and disputed the idea that he ought to have been more sensitive about the feelings of people who were mourning Lee’s death.

“People were thinking and talking about him, so I thought it was an absolutely perfect time,” he said in the latest clip, which has been viewed almost 12,000 times since Thursday. “Everyone was fearful about criticising the man because everyone was afraid that they would be mocked.”

2 Responses to Amos Yee tries to rain on SG50 with a video: NATIONAL DAY SUCKS!