Incredible but what if it were true? Of Malaysia, Indonesia, human trafficking and missing organs…

Posted on September 12, 2016 by weehingthong

FAKE NEWS! Do not spread it…

MIRI: Sarawak police have shot down claims that the murder of a 13-year-old schoolgirl here earlier this week was a case of kidnap-murder for the purpose of organ harvesting.

“Police were today alerted to these claims that the murder of the 13-year-old schoolgirl was due to kidnap for organ harvesting.

“The claims by the Facebook holder was accompanied by three photos of the murder case.

“The claims are false and police have commenced investigations and are looking for the Facebook writer.

“We will investigate him for spreading false news,” he said.

SAC Dev warned that those who post false news and create fear are committing offences against the Penal Code and the Multimedia and Communications Act.
.

MIRI: The body of a 13-year-old girl – strangled to death by her mother’s lover – was discovered inside the boot of a car following a high-speed chase by police here yesterday evening.

State CID chief Datuk Dev Kumar said the discovery was made around 6pm when a police patrol unit spotted a sedan car parked near a bush along Jalan Perlis in Kuala Baram.

“The boot of the car was open and a man was standing next to it. When he saw the patrol personnel, he rushed back into the car and sped off,” he said in a statement.

According to Dev Kumar, police chased after the suspect for five kilometres before forcing him to stop at the junction leading to Miri Port.

“Upon instructing the man to open the boot, patrol personnel discovered the body of a girl inside and immediately arrested the suspect.”

He said initial investigation revealed that the 33-year-old suspect, who works at a furniture shop in Piasau, is the boyfriend of the girl’s mother.

The suspect, he added, lives together with the woman, the victim as well as the victim’s elder sister in a rented house in Permyjaya.

“The incident occurred in the morning after the victim’s mother left for work and the elder sister, to school.

“An argument is said to have broken out between the girl and the suspect around 11am, during which time the suspect is believed to have strangled the girl to death.

Under the mound of dry dirt, surrounded by rocks as a border, is the body of 19-year-old Yulfrida Selan — a poor, uneducated young woman and a victim of human trafficking.

Police acknowledge Yulfrida was targeted by a human trafficking ring and, just 10 months after she was sent to Malaysian capital Kuala Lumpur to work as a maid, her body was returned to her shocked family.
…

With a promise of anonymity, a serving East Nusa Tengarra policeman agreed to be interviewed by the ABC.

“They are officials whose positions are in the crimes and detective divisions,” he said.

“In the detective division, they’d be the number one guy in the division and the same goes in immigration.

“I saw human trafficking suspects who were arrested and detained by police and released after two or three weeks. Then they recruited minors, kids who dropped out of school. The exact same guys.”

East Nusa Tenggara police spokesman Jules Abast said more than a dozen had been arrested in relation to Yulfrida’s case, including one former policeman.

“They’re all from the private sector,” he told the ABC.

“From 2015, there are about 30 human trafficking cases that we are currently dealing with.”

Mr Abast said Malaysian police confirmed via an autopsy Yulfrida’s cause of death was suicide by hanging.

Maid in M’sia returns dead to Indonesia, sans some organs

ABC report on human trafficking says Malaysian authorities claim it was suicide but a second autopsy in Indonesia shows someone had beaten her.
… 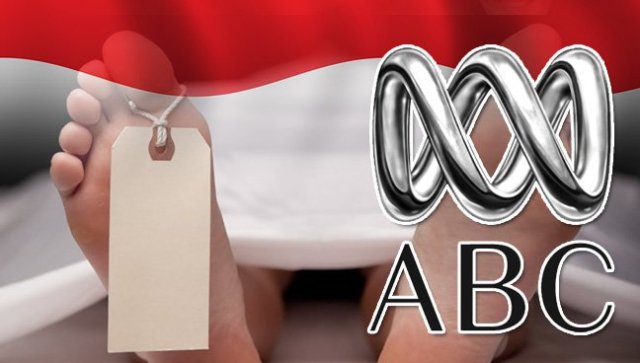 JAKARTA: Indonesian Yulfrida Selan went to work as a maid in Kuala Lumpur. Ten months later, she returned home in a coffin.

The family was told that she had committed suicide by hanging herself.

An Australian Broadcasting Corporation report, however, suggests she might have been a victim of human trafficking syndicates and that her organs might have been removed for sale after she was killed.

The report said Indonesian police acknowledged that Yulfrida, 19, had been targeted by a human trafficking ring.

East Nusa Tenggara police spokesman Jules Abast was quoted by ABC as saying that Malaysian police confirmed via an autopsy that Yulfrida’s cause of death was suicide by hanging.

The report, seen by the ABC, shows there was bruising on the girl’s temple, chest, elbow, back and hands.

The report said police confirmed she was the third victim from the East Nusa Tenggara province returned home dead since April.

The ABC report said the family, shocked by autopsy sutures on the girl’s body, demanded the second post-mortem and were concerned her organs may have been trafficked.

The forensic doctor found it difficult to reconstruct sliced organs and the brain, which had all been placed in the chest and stomach cavity.

The ABC report quoted the head of Tusan village, Melky Musu, as saying Yulfrida had been “enslaved and treated like an animal”.

“We would like the government to investigate the case so our worries, pain and concern can be lifted,” he added.

Musu was quoted as saying: “We suspect there are strong indications that the organs inside her body were sold. We don’t want any organs that belonged to her to be used as commodities for trade.”

1 Response to Incredible but what if it were true? Of Malaysia, Indonesia, human trafficking and missing organs…