MARA scholar, convicted of child pornography, is back in Malaysia…

This Britisher paedophile came, sexually abused 23 Malaysian children and left. He was caught back in Britain!..

KUALA LUMPUR – Malaysia has the highest number of IP addresses uploading and downloading photographs and visuals of child pornography in South-East Asia, authorities have said.

The number of children falling prey to perpetrators whom they befriended online is also reportedly increasing fast.

Many Malaysian parents let their children use handphones without monitoring them, and more than 60 per cent of children spend time in online chatrooms on the Internet on a daily basis.

Data shows that close to 20,000 IP addresses in Malaysia upload and download photographs and visuals of child pornography and that the country ranks top in South-East Asia in this regard.

Asst Comm Ong Chin Lan of the Royal Malaysia Police’s Sexual, Women and Child Investigation Division (D11), in a seminar on “Cyber Protection for Children”, revealed that based on data furnished by Dutch police based in Malaysia in 2015, about 17,338 IP addresses involved in child pornography were from Malaysia. 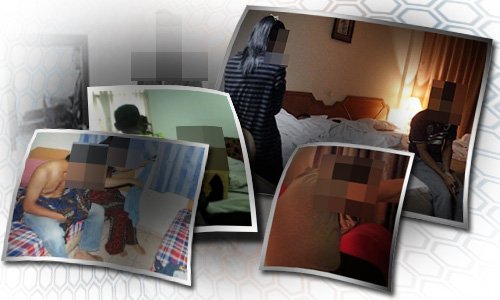 Malaysia ranks third in the Asean region when it comes to the possession and distribution of child pornography.

This is according to a report in The Star today quoting Bukit Aman’s sexual investigation unit chief Tan Gee Soon, who reportedly said this after speaking as a panellist at a town hall session yesterday.

“We have Section 292 of the Penal Code and Section 5 of the Film Censorship Act to act against those with pornographic images and films respectively,” she was quoted as saying.

She added that the police is also studying amendments to Section 292, which only deals with the sale and distribution of obscene material.

Grooming, in this context, refers to the process of befriending and preparing a child – and sometimes the child’s family too – with the intention of later sexually exploit the child.

Last month, Malaysia was rocked by revelations that a British national Richard Huckle had admitted to charges of sexually abusing children in Kuala Lumpur and Cambodia.