Commenting on Mara chairman Tan Sri Annuar Musa’s insistence that the two cases should not be linked, they said Nur Fitri Azmeer Nordin’s crimes were no less serious simply because he did not rape or sexually molest children.

Huckle and Nur Fitri were both convicted in the UK for the possession of child pornography.

“In both ways, you have children involved and you have extreme cases of pornography. Both have the same ingredients… both have committed a crime,” Suriana Welfare Society for Children chairman James Nayagam said.

“We cannot deny that this is a clear-cut case of a person who has violated children. We cannot say which case is different; they are all linked. Yes, very irresponsible statement.”

Voice of the Children (VOC) chairman Sharmila Sekaran argued that Nur Fitri’s action was still a form of sexual abuse towards children and noted that he possessed depraved images of child pornography prior to his arrest last year.

Nur Fitri was last year found with over 30,000 videos and photographs of child pornography that London police described as “some of the most extreme” materials they have ever seen.

Sharmila said the offence was heinous given that the images were in the worst category of child pornography — those depicting sexual acts — and should be viewed with the appropriate gravity.

“It is splitting hairs. One person rapes; another person watches the rape, keeping a record of it for repeated viewing. It’s still wrong and rightly an offence!” she told Malay Mail Online.

Annuar said this when asked if MARA would stand by its decision to give Nur Fitri a second chance after Huckle’s case, which has sparked outrage in Malaysia.

“No need to link Nur Fitri to this case,” the Ketereh MP told Malay Mail Online via WhatsApp.

When asked his reasons for saying so when both youths were found in possession of indecent images of children, Annuar did not elaborate, merely replying, “No”.

MARA had initially said it had cancelled Nur Fitri’s scholarship but later decided to offer the youth second chance by allowing him to study at any of its institutions of higher learning upon the completion of his sentence.

It was reported in June last year that Nur Fitri had obtained the green light to be extradited to Malaysia after serving his sentence. It is believed that the youth is now back in the country.

MARA scholar, convicted of child pornography, is back in Malaysia… 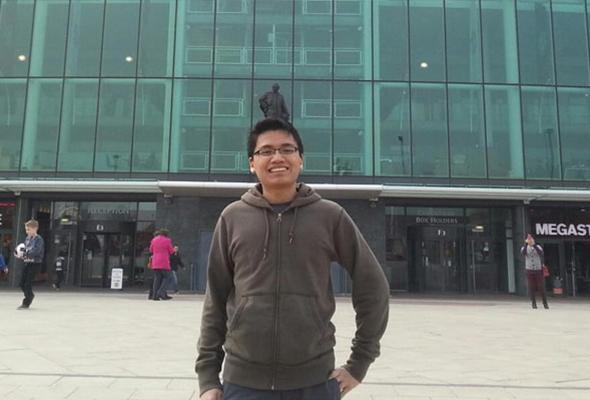 “People’s trust Council is working with the Ministry of Foreign Affairs Deputy Minister Datuk Hamzah MD RUS Nordin and discuss extradition procedures. We were told that he was extradited, but need to complete some procedures, involving our embassies. “… http://bit.ly/1BtIj1G
Translated by Bing
2015年06月20日 – 藏兒童色情照判監5年 英准引渡大馬優秀生 – 即時新聞 – 光明日報
（吉隆坡訊）因私藏兒童色情照而被英國法庭判處坐牢5年的大馬優秀生努菲特里，已經獲得英國當局批准讓他被引渡回國。…
guangming.com.my

Isn’t it time for A REGISTRY OF SEX OFFENDERS (INCLUDING PAEDOPHILES) in Malaysia?

This Britisher paedophile came, sexually abused 200 Malaysian children and left. He was caught back in Britain!..