RPK, Najib’s man: Mahathir and Sarawak Report are trying to silence me. “I won’t be silenced!”

Made to eat his words by Mahathir and Sarawak Report, who is RPK to criticize Lim Kit Siang?

RPK: Kit Siang not fit to advise Najib on strategy https://shar.es/1jT1QY  via @sharethis 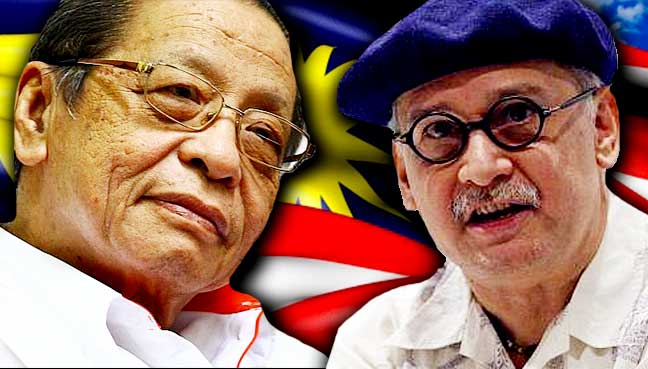 “Kit Siang thinks he is a master-politician,” RPK posted in an article on his blog. “Actually he has demonstrated how much of a novice he can be.”

“I suppose when Kit Siang says ‘ability to improvise on-the-run’, he means the ability to come out with stories very rapidly and without delay that are fabricated, made up, cobbled together, invented, rigged, devised, concocted, imaginary, fictional, make-believe, etc,” RPK suggested, using more sinister meanings usually attributed to the word ‘improvise’.

Alleging that the ‘bad feng shui’ explanation first mooted by DAP’s Teresa Kok to explain away the furore originated from Kit Siang himself, RPK went on to suggest that all other explanations given by the DAP clearly evidenced their lack of depth in strategic thought.

If bloggers like Papagomo,RPK & their ilk can be made accountable to their writing, i’ll eat my shoes. #BiarlahBlog

Some bloggers feel that compulsory blog registration will hold them more accountable to their writing. What say? @ernamh #BiarlahBlog