IPOH: A cleaner made a shocking discovery when she found a dead newborn baby in a trash bin at the Hospital Raja Permaisuri Bainun today.
.
Nor Hanizam Idris, 46, was clearing the bins near the hospital canteen when the newborn body fell out from one of the bins about 11am.
.
“I was shocked to see the body and quickly called my colleagues to help identify it.
.
“It was loosely wrapped and was already infested with maggots,” she said when met at the hospital today.

Cops: Infant was alive when flung from 18 storeys

KUALA LUMPUR: A newborn thrown from an 18th floor flat in Danau Kota, Setapak, was alive when her mother allegedly flung her out of the building.

He said the suspect, a 39-year-old real estate agent, would be remanded for six days until Sunday.

It was believed the suspect was suffering from postpartum depression at the time of the incident.

“It’s a clear cut case and it has been solved,” said Supt Roy.

Asked if the mother would be sent for psychiatric evaluation, he said that would be decided in court after charges were made.

Supt Roy said he was aware of a posting from Community Policing Malaysia founder Kuan Chee Heng who alleged that the suspect’s five-year-old daughter was left alone in the flat after police took the suspect into custody.

“There was another couple there. Police asked them to care for the girl for that day before making their report at the station. She was not left alone as the posting implied. The welfare department has taken the girl in,” said Supt Roy. 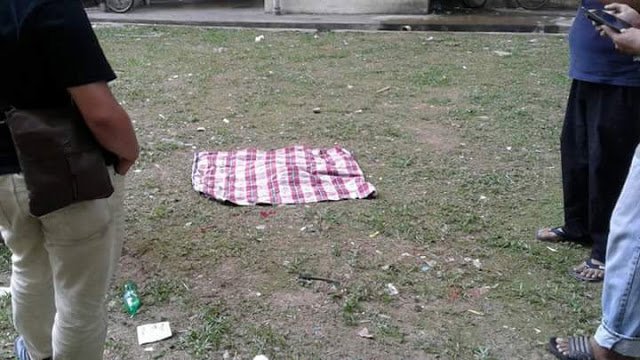 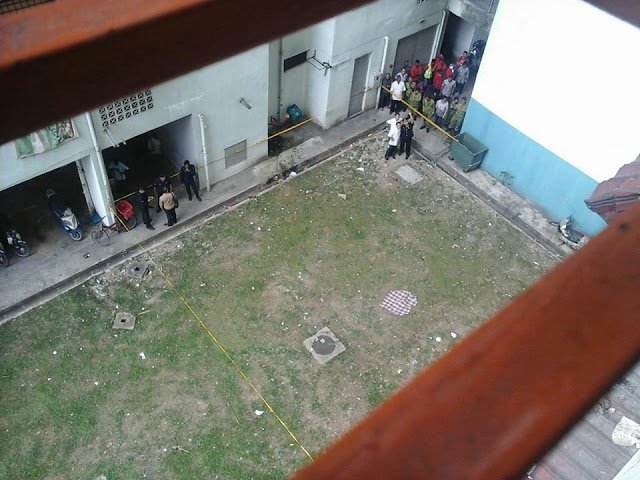 KUALA LUMPUR: A real estate agent, whose behaviour was said to have changed drastically after giving birth, flung the newborn girl from the 18th floor of a block of flats.

Residents of the flats in Danau Kota, Setapak, found the infant lying lifeless on the grass with her placenta about 30m away at about 8.30am yesterday, said Wangsa Maju OCPD Supt Mohamad Roy Suhaimi Sarif.

The 39-year-old woman is believed to have given birth between 3am and 4am yesterday.

A married couple, who were renting the flat unit with the real estate agent and her five-year-old daughter, had rushed to her aid when they heard screams of pain coming from their shared bathroom.

Supt Roy said the couple saw the woman bleeding profusely inside the bathroom and had no idea that she had just given birth.

“They walked her to her room and tried to help her, but she was hostile towards them.

“They said her behaviour changed drastically and she was blaming them for helping her. They had no idea that she was pregnant and had assumed she was big-sized.

“We believe she threw the baby from the balcony immediately after giving birth,” he said, adding that the married couple last spoke to the woman two days ago.

“They said she was still normal then,” he added.

She has been sent to Hospital Kuala Lumpur for treatment and to undergo mental assessment.

Like Loading...
This entry was posted in Uncategorized and tagged baby dumping, Unwanted Babies in Malaysia. Bookmark the permalink.