When tagging a photo on Facebook resulted in domestic violence….

Posted on February 9, 2016 by weehingthong 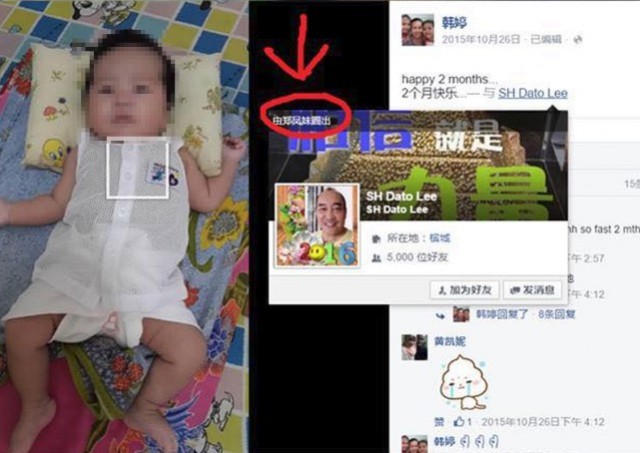 IT’S NEWS IN SINGAPORE, TOO

Malaysian woman allegedly beaten by husband — after child was wrongly tagged to another man http://bit.ly/1W9ytas 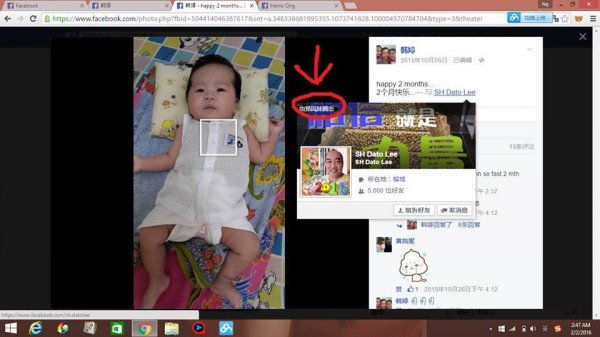 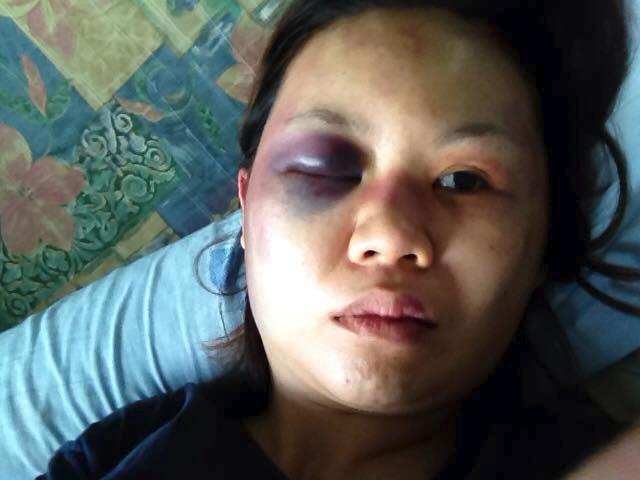 SINGAPORE: A Malaysian woman was reportedly abused by her husband because a photo of her baby was tagged with a stranger’s name on Facebook.

In a Facebook post on Jan 30, Stella Ooi, from Penang, wrote that her child’s photo was tagged with the name “SH Dato Lee”, but she did not know this person.

“Anyone can tag photos posted on Facebook!” she wrote. “Because of this I was beaten by my husband.”

Her husband claimed that she had a relationship with “SH Dato Lee”, she said.

She added that she had two cracks in her skull and was deaf in her right ear.

I’m here to clarify, sh, Dato Lee is not my friend, it’s not my facebook friend. This sh dato lee what did it look like, I don’t know! My baby photo of the tagged name have sh dato lee name, also not tagged. In The Facebook who sent photos, anyone can be in the photo tag someone else’s name. In order to this, I was my husband hit it! I also don’t want my daughter after misunderstanding I for what it is, mom! I didn’t do, what do I recognized. Since you said I and this sh dato Lee, also want to do with the evidence! The So-called, people are doing, days watching! Going to want to do!
I was hit on the head shell has two cracks, right ear also deaf. I also don’t quietly in Facebook, right now, but would also like to blame yourself.

Ms Stella Ooi claimed that SH Dato Lee, whose name was tagged with her baby’s photo, is neither her friend nor her “Facebook friend”

Like Loading...
This entry was posted in Uncategorized and tagged SH Dato Lee, Stella Ooi, Woman beaten by husband after their baby's Facebook photo tagged with another man's name. Bookmark the permalink.