Video: Man tries to hammer off the tooth of the dead tigress

2 individual hunted for help in an investigation of the loss of canine Tiger dead hit on yg LPT2 http://bit.ly/1PYochb

Yes, I killed a tiger but now I want to save them, says photographer http://bit.ly/1mzWETm 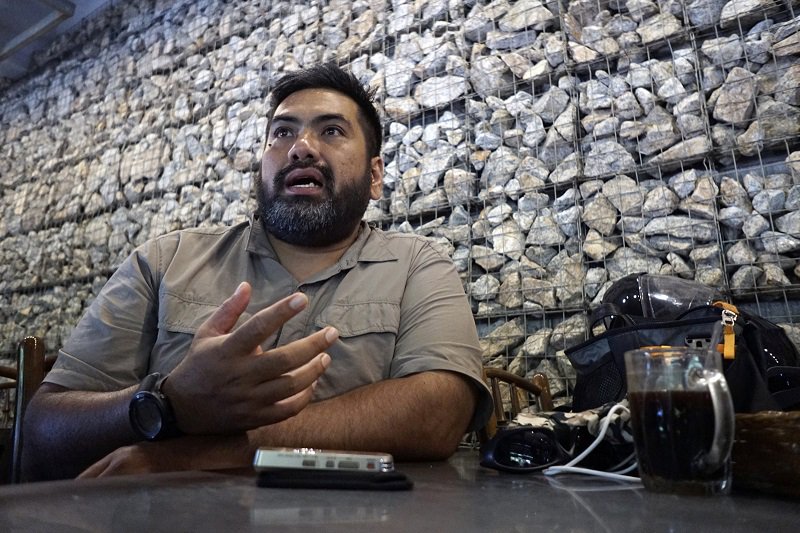 Mohd Syahrin Abdul Aziz, 43, said he would volunteer his skills in photography and videography in an effort to bring greater awareness of the importance of protecting tigers, of which only about 300 were left in the wild.

“I can also help spread awareness through social media to get more people aware of conservation work,” said Syahrin, who, runs the popular bridal web site, “The Wedding Diaries”.

Syahrin is no stranger to volunteering his time for wildlife protection, having helped film a documentary on turtle conservation in Teregganu a few years ago.

He still dreams about the accident, which occurred on February 5 as he was driving with his wife and two children on the East Coast Highway 2 heading towards Terengganu.

That was the only way freelance photographer Mohd Syahrin Abdul Aziz could describe the moment he realised that his Hyundai Starex had collided with a tiger while on the way from Kuala Lumpur to Terengganu.

As he was still recovering from the shock following the accident, Syahrin told Malaysiakini there was a man who had rushed to the scene with a hammer and tried to dislodge the tiger’s fang.

“I was still in a state of panic and I was only thinking of my family and my newly repaired car. I did not expect the man to come barely five minutes after the incident.

“He was told off by the crowd that gathered but he did not care and I saw he was trying to knock out the tiger’s fang, although it was already about to fall off,” he said.

Syahrin said he could not do anything as he had to deal with highway patrol officers while going back and forth to his car – retrieving important documents as well as checking up on his family.

See the THUMBS UP? That upset some people. A big game hunter got his prey?

Critically Endangered Malayan Tiger Killed By A MPV On LPT2 Was Pregnant With Two Cubs http://bit.ly/1QjFP7i 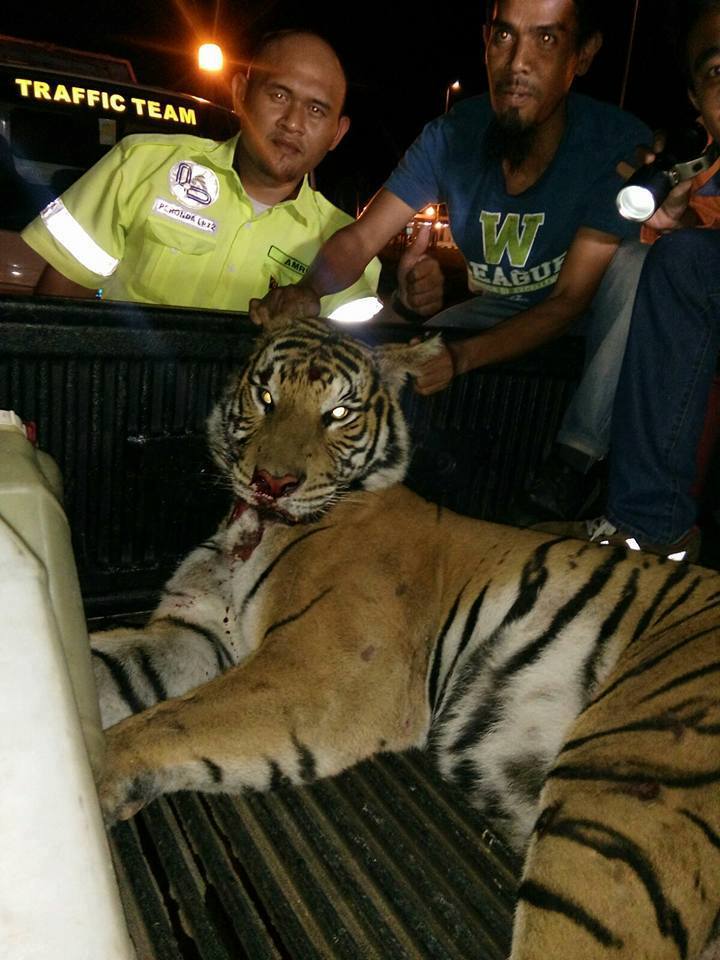 Facebook user Andrew Han posted: “Why is he showing a thumbs up? He should be sad because this animal is now almost extinct.” 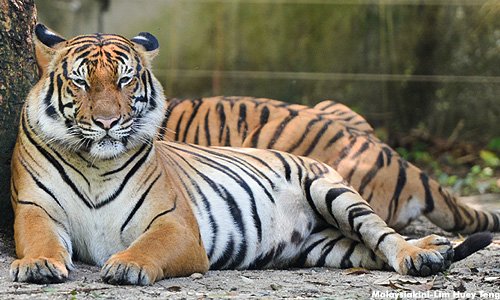 The driver and his family who escaped from injuries could only express sadness as to what happened. We are not sure whether he will be prosecuted for speeding or ignoring road signs.

In Malaysia, this so-called Bolehland of ours, even if there are laws to prosecute the driver, such a law would never be enforced simply because the lives of animals are not accorded importance at all.
…
The death of the tigress and its two babies cannot be dismissed as a mere tragic accident by the Terengganu Wildlife and Natural Parks Department (Perhilitan).

It is plainly obvious that the department has done nothing to address the problem of animal crossing in this particular area or other places.

Given the shrinkage of wild animal population, it is clear that this department does little or nothing to protect wild animals.

How many wild lives have to be sacrificed in the name of development, before the wildlife department can do something useful?

The shrinkage of wildlife population, especially the protected species like the tigers, goes to show that the federal and state governments merely pay lip service to the protection of wild animals.

While we don’t expect miracles from the department, surely the department could do something about the problem of animal crossing, a problem that has been addressed successfully by other countries.

There is no point shedding crocodile tears, the public needs to know, quite urgently, how the department is going to address to the problem of animal crossing not just in Terengganu but in other states….

P RAMASAMY is Deputy Chief Minister II of Penang and the state assemblyperson for Perai.

You killed a pregnant tiger on the highway. What you do? Pose for multiple pictures with the victim obviously

@WWFMy why don’t the gov build this wildlife crossing or we will hear again pregnant tiger hit to die on highways? 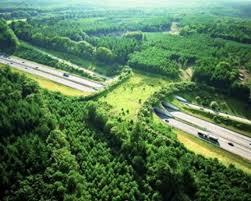 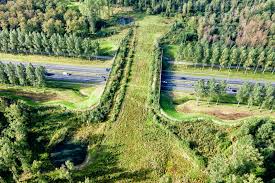 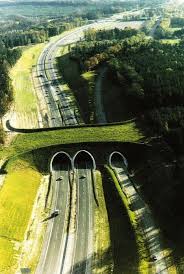 “There were two fetuses about two months old, outside the uterus, which was broken because of the accident,” he said. 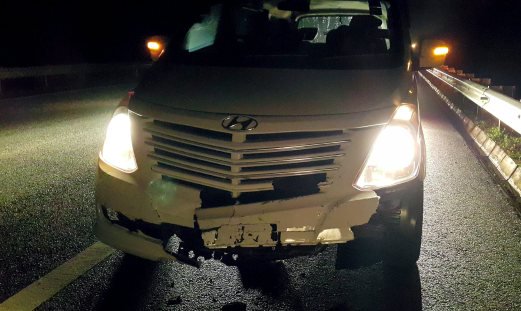 KUALA LUMPUR: There was an uproar on the internet today over the death of a tiger which was hit by an MPV while crossing the East Coast Expressway Phase 2 (LPT2).

A picture of the carcass, propped up by an unidentified man, with a highway authority worker next to him showing a thumbs up sign, earned the wrath of social media users.

Facebook user Andrew Han posted: “Why is he showing a thumbs up? He should be sad because this animal is now almost extinct.
…

Facebook user Anna Dharma posted: “Poor thing Malaysian tigers are at the brink of extinction worst still 2 cubs . What a waste really feel sad . We need to implement some precaution so this will never happen again”.

Meanwhile, the car owner whose car collided with the tiger refuted claims by some netizens claiming he deliberately hit the tiger. The driver, Syahrin Abdul Aziz took his disappointment to social media.

“How did I deliberately hit the tiger?” he questioned his accusers. Syahrin, who is a professional photographer by trade, also said he felt sorry that the tiger was pregnant, saying “it adds up to my sadness for the poor tiger.”

I feel bad about it…

True story in the case of breaking the tiger
On my way from Kuala Lumpur towards exit ajil, things are going a little darker darkness. No vehicle in a radius of 500 meters from my vehicle and if i am then in km320, I’ve been through in the street, no dark gélita vehicle other than my car.
Throughout my journey, it’s raining down with crosswind downfall and also a bit strong. Therefore, I drive a little slower, a little more than 100 to 120 kmsj. After the past km320, rain start stop and most dark area.
After Crossing Km321. 1, less than 5 meters away from me, I’m surprised because I saw a tiger running across my car from the left heading towards the right. But fate doesn’t meyebelahi the tiger because the distance was too close, less than 5 meters from my vehicle, I didn’t get a chance to make anything and trelus knocked the tiger and tiger is dead at the scene. In a state of smitten, I stopped the vehicle in the right lane for some instantly, and continue to give the signal and brought my car more kuräng 100 metres from the scene due to plot and possibly the other tiger’s close together.
It’s a little big tiger, Dalan Budget 170 kg to 180 kg.
Latest info I got dsri perhilitan sources say hsrimau yg sy break that was pregnant adalahtidak right..
‪#‎Updated‬
Yes, the news that hsrimau contain true and bye in confirm by perhilitan.. cry emoticon 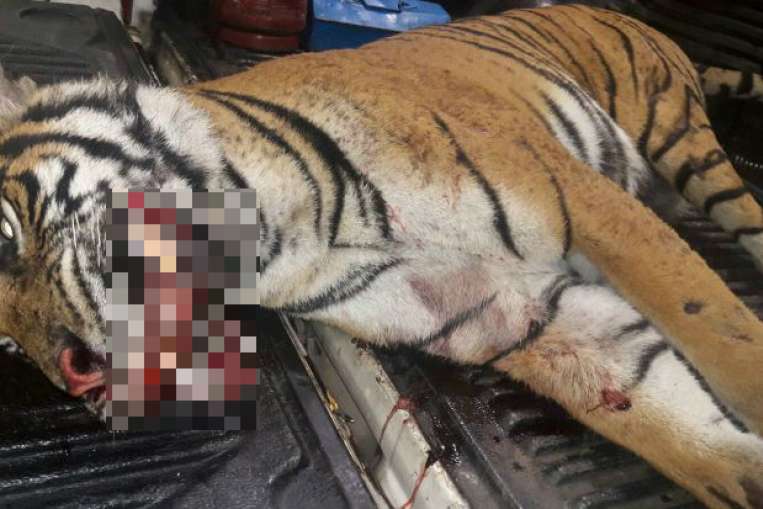 The Malaysian Highway Authority (MHA) confirmed that a car bound for Kuala Terengganu hit the tiger near the 321km highway mark.

“It happened last night, roughly around midnight, at the section near Paka to Kerteh,” MHA director-general Datuk Ismail Md Salleh told The Star on Saturday (Feb 6).

He said the place where the tiger died cut through a forest reserve there.
…

Ismail said the MHA, which was currently in charge of the highway, was going to check and see if there were any damaged fences there.

The Department of Wildlife and National Parks (Perhilitan) confirmed on Saturday that the tiger was pregnant. 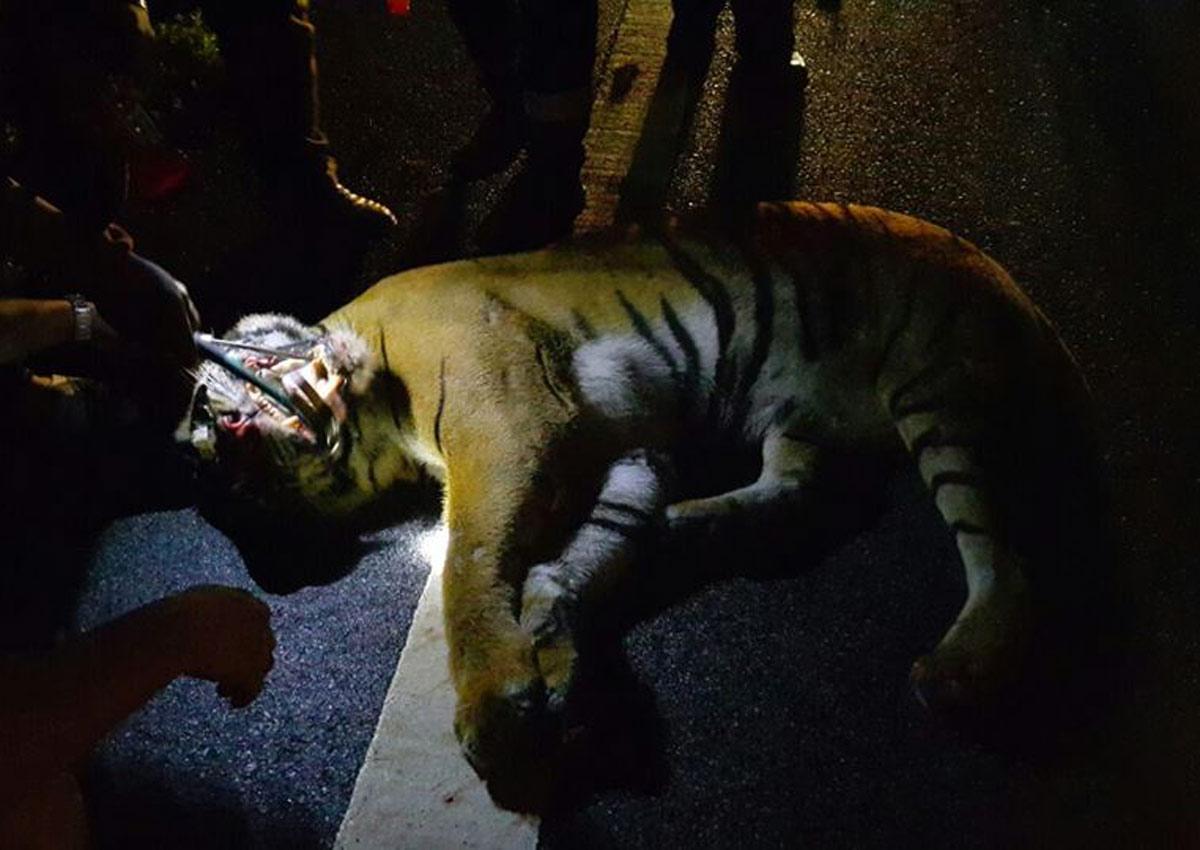 The Malaysian Highway Authority (MHA) confirmed that a car bound for Kuala Terengganu hit the tiger near the 321km highway mark.

“It happened last night, roughly around midnight, at the section near Paka to Kerteh,” MHA director-general Datuk Ismail Md Salleh told The Star on Saturday.

He said the place where the tiger died cut through a forest reserve there.

Like Loading...
This entry was posted in Uncategorized and tagged malaysia east coast tiger, malaysia tigres, MOV knocks down pregnant tigress killing it. Bookmark the permalink.