The Australian ‏@australian 3m3 minutes ago

The company confirmed that one passenger was missing. Somali media have reported that the passenger’s body was found near Balad. The crew and the remaining 74 passengers survived, though two people were injured.

Investigators said they believe it was the wheelchair-bound passenger who was sucked out of the plane and Somali authorities have arrested the person who was sitting in the next seat, the Western diplomat said.

Investigators believe a passenger who boarded a commercial plane in a wheelchair may have been a suicide bomber responsible for an explosion that tore a hole in the side of the jet as it took off from Somalia’s capital, a Western diplomat briefed on the probe said.

Investigators’ theory is that the man was able to use the wheelchair to bypass rigorous security screening in Mogadishu and then detonated a bomb that ripped a hole in the fuselage but failed to down the plane. The force of the blast ejected the alleged bomber from the cabin and his body fell to earth near the town of Balad, about 32km from Mogadishu, where it was recovered by authorities.

“An individual got onto the plane in a wheelchair and is suspected of being the suicide bomber,” said the diplomat, who is in direct contact with investigators.

The revelation comes amid mounting evidence that the blast aboard Tuesday’s Daallo Airlines flight was a terror attack. The passenger was brought on board with the wheelchair then transferred to a regular seat, the person said.

Both US officials and the plane’s pilot on Wednesday said they believed a bomb exploded aboard the flight, while the Western diplomat said investigators had swabbed the area of the explosion and found the residue of TNT.

A senior defence official said an assessment of images of the damaged fuselage led the Defence Department to view a bomb as a likelihood. The US has had representatives assisting in the probe.

Somali officials continue to blame the explosion on a malfunction with the plane. The director general of the Ministry of Transport and Civil Aviation told The Wall Street Journal on Wednesday that no clue had been found that would indicate an explosive and blamed the incident on depressurisation.

A transport ministry official on Thursday said the government’s conclusions hadn’t changed. “There was no bomb.”
…
Mohammed Ibrahim Yassin, the chief executive and co-founder of Daallo Airlines, said in a phone interview that while there is some evidence of explosive residue, “it’s not 100% sure,” adding, “They’re saying it’s suspicious but it’s not conclusive.”

He said he didn’t have information about a passenger boarding in a wheelchair but said every scenario was being examined, including a terrorist attack. “Every single passenger is being studied and profiled,” he said. 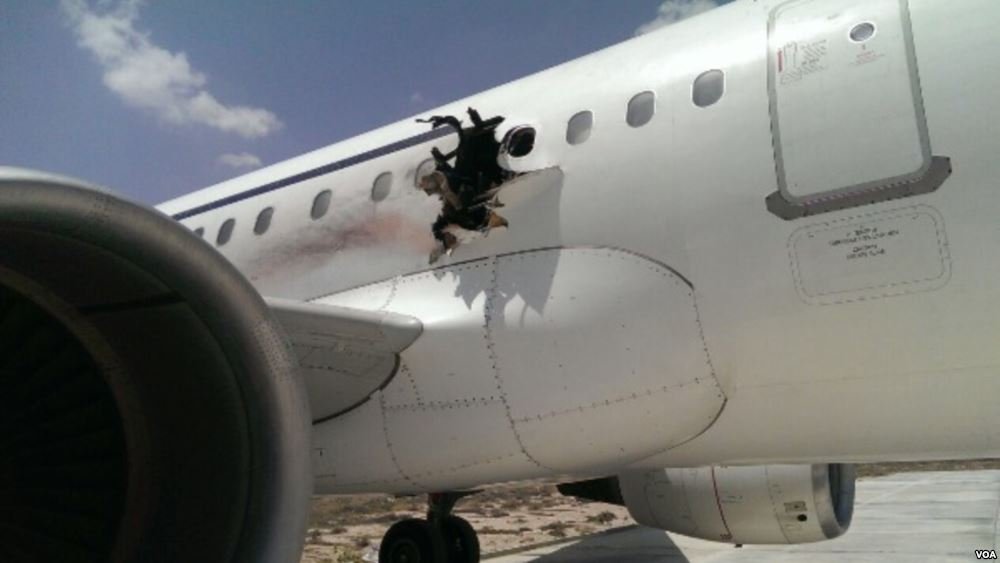 A LoyaltyLobby reader sent me a link to an interesting story about Daallo Airlines flight D3159 to Djibouti from Mogadishu that apparently had explosion to go off soon after the take off.

The photos that were taken off the Airbus A321 plane after landing clearly show a blackened hole where some passenger may have sit close to the wing.

You can read more about this incident on Daily Mail’s website here of which below is an excerpt:

On landing, the aircraft was met by emergency services, where the fire was extinguished and the passengers were escorted to the terminal.

Somali security forces are now investigating the incident and are interviewing people on board.

Less than an hour after local news-site Goobjoog News reported on the incident, they took to Twitter to post: ‘locals from Dhiiqaley near Bal’ad town say they have seen a severely burnt body fall from an unidentified plane.’

Bal’ad is one of the districts of Middle Shabelle region of Somalia. It is located about 22 miles northeast of the capital city of Mogadishu.

It is not known if the two incidents are related.

Photos of the damage to Daallo airlines taken after the emergency landing. Two passengers were injured. #Somalia 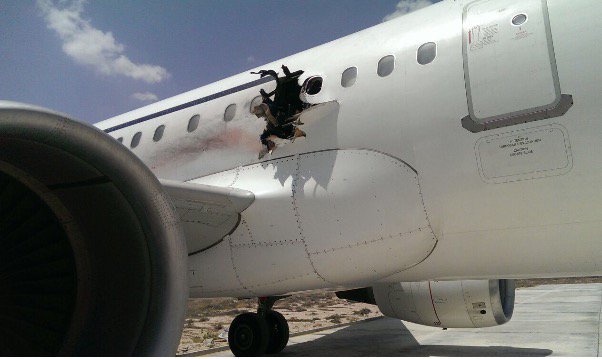 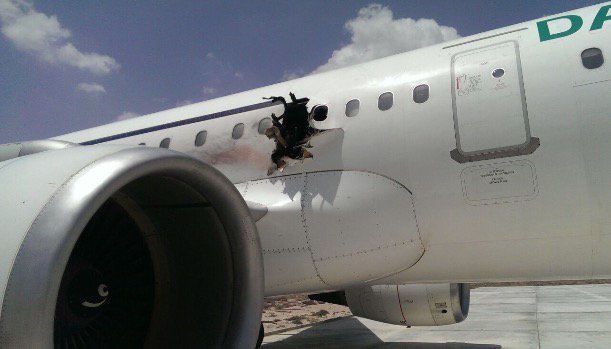 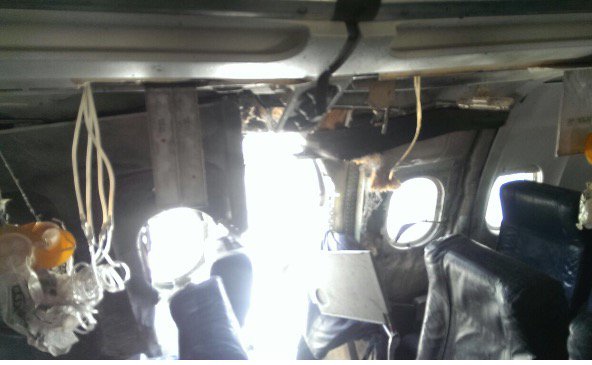 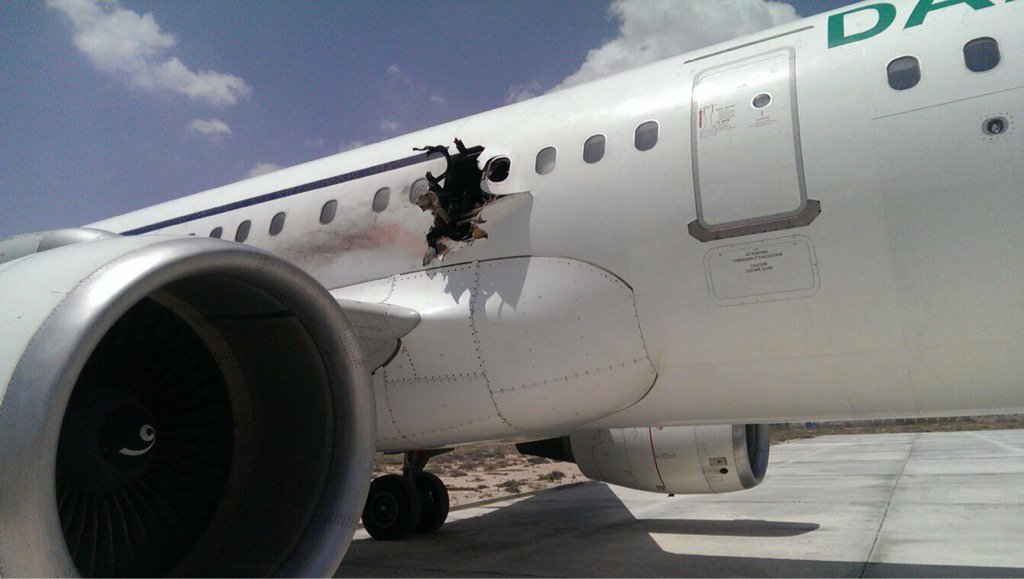 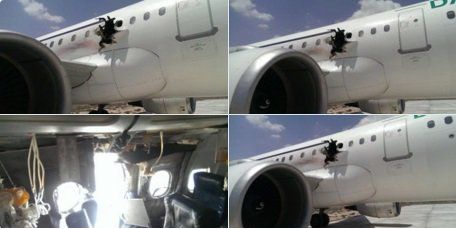 Like Loading...
This entry was posted in Uncategorized and tagged #BreakingNews - #Terrorist #Bomb explodes on #DaalloAirlines #Boeing A321 shortly after flight departs Mogadishu., Daallo Airlines flight. Bookmark the permalink.