Posted on February 1, 2016 by weehingthong 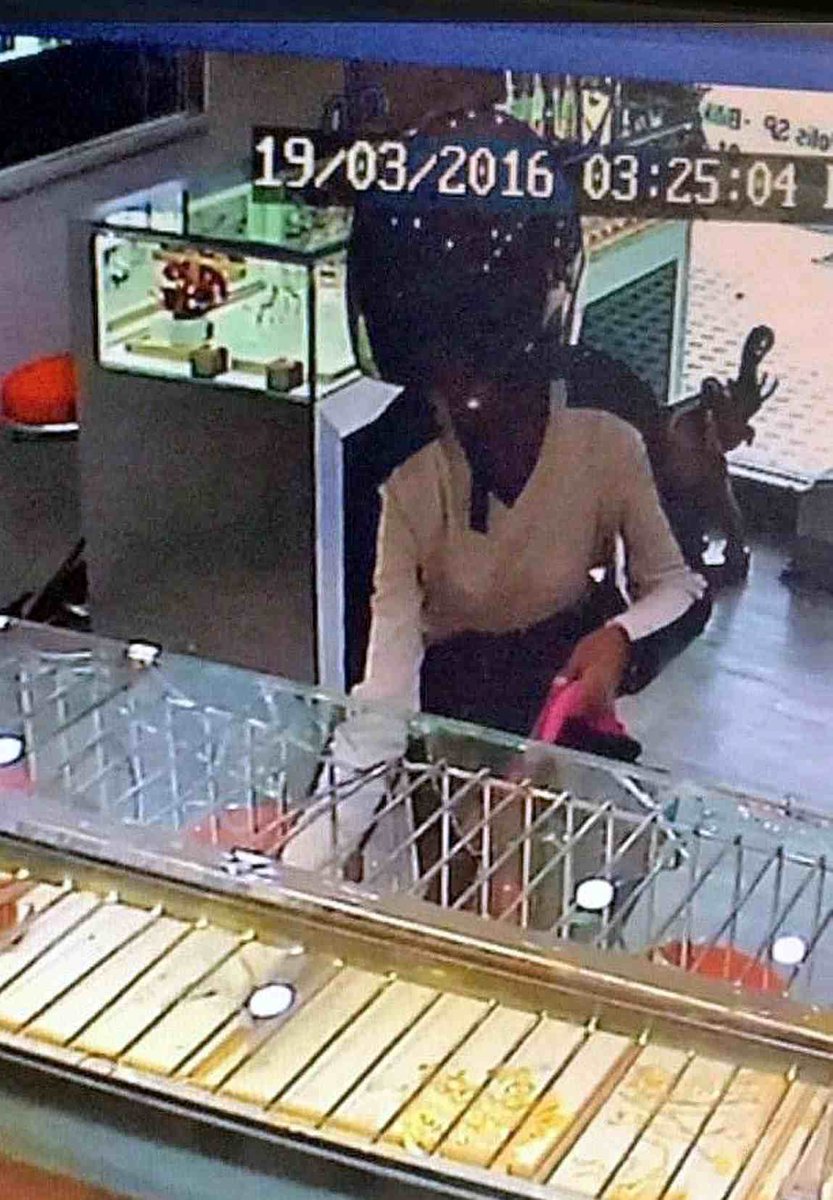 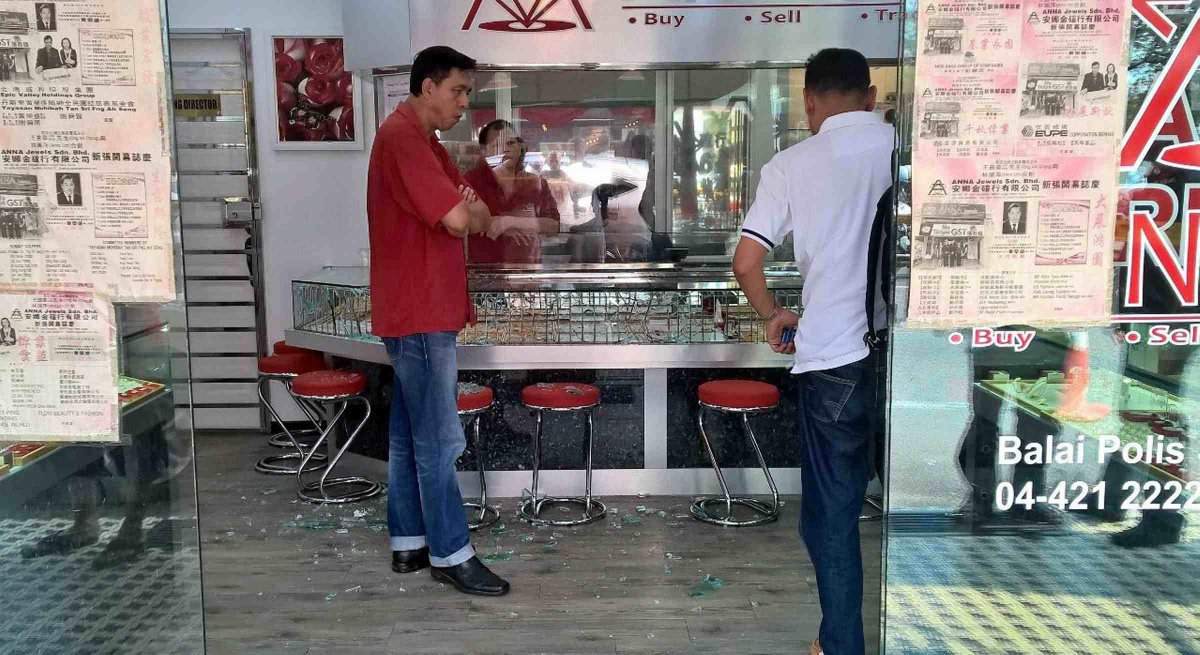 By MELISSA DARLYNE CHOW – 19 March 2016 @ 8:14 PM
SUNGAI PETANI: A jewellery shop owner here suffered about RM200,000 in losses in just a minute after his shop was robbed this afternoon.
In the 3.25pm incident, which occurred at Anna Jewels Sdn Bhd on Jalan Pengkalan, three men and a woman on two motorcycles broke into the shop belonging to Ong Aik Chang.
According to Kuala Muda district police chief Assistant Commissioner Md Zukir Md Isa, one of the suspects waited outside while the other three entered the shop.
“Two men broke the glass showcase with a foot-long piece of metal, and the woman grabbed the jewellery on display‎.
“It took about a minute. The owner sustained losses of about RM200,000,” he said in a statement here today. 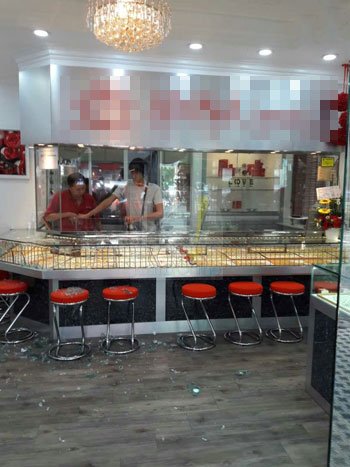 The hold-up was over in less than three minutes.

“Two of them had firearms but did not open fire. They just said ‘quickly grabbed the thing’ in Cantonese,” he told reporters when approached at the scene.

There were nine workers including a security guard at the time of the hold-up but no customer.

IPOH: A jewellery shop in town suffered an undisclosed amount of losses after it was robbed by five gunmen this afternoon.
…
A police spokesman said the robbers, wearing crash helmets, stormed into the shop, located at Jalan Sultan Iskandar around 2.40pm.
…
They trained their guns on the lone security guard and proceeded to remove jewellery from the display case.
…

“After removing several trays of jewellery from the display panel, the suspects escaped on three motorcycles,” the spokesman said. 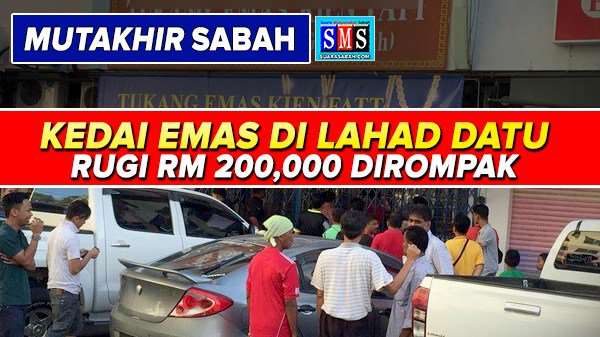 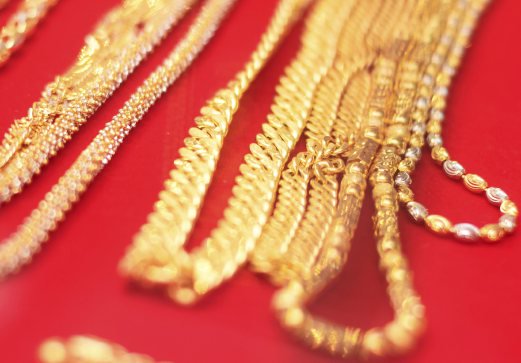 LAHAD DATU: Two armed men made off with RM200,000 worth of jewellery after robbing a goldsmith shop here, this morning.

The incident occurred at 7.50am just as the shop owner opened his premises for business.

“They ransacked the shop and took with them some jewellery,” he said, adding that the owner suffered estimated losses of RM200,000. 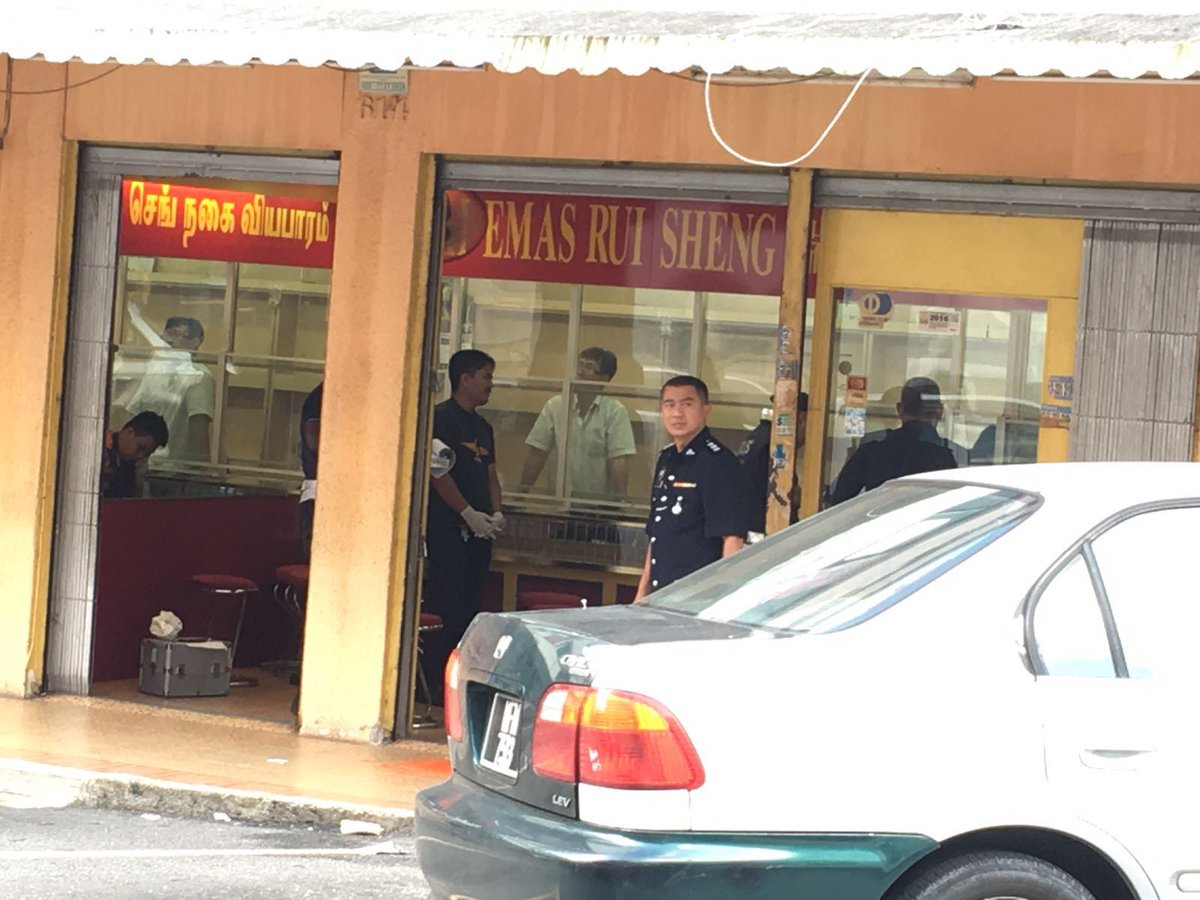 PETALING JAYA: A man and woman armed with chilli powder and a hammer failed at their attempt to rob a jewellery shop in Sungai Way earlier today.

The 3.15pm incident at Jalan 9a/13 happened two days after a jewellery store in Jalan Yam Tuan, Seremban was robbed in a similar style of heist. Petaling Jaya police chief Assistant Commissioner Mohd Zani Che Din said the robbers today however did not manage to gain any loot.

He said the duo, who were wearing helmets, fled the scene when they were spooked by the shop’s alarm sound.

“The robbers rushed into the shop when four staff were entertaining three customers about 3.15pm.

“One of them, believed to be a woman, threw chilli powder towards the shop’s employees but the substance hit the counter’s safety glass.

“The second suspect then used a hammer to smash a glass display rack.

“He hit the glass for five times but only managed to crack it.

“This is when one of the staff managed to trigger the shop’s alarm system,” he told reporters at the scene.

The couple then fled the scene on a motorcycle, which was parked quite a distance from the shop.