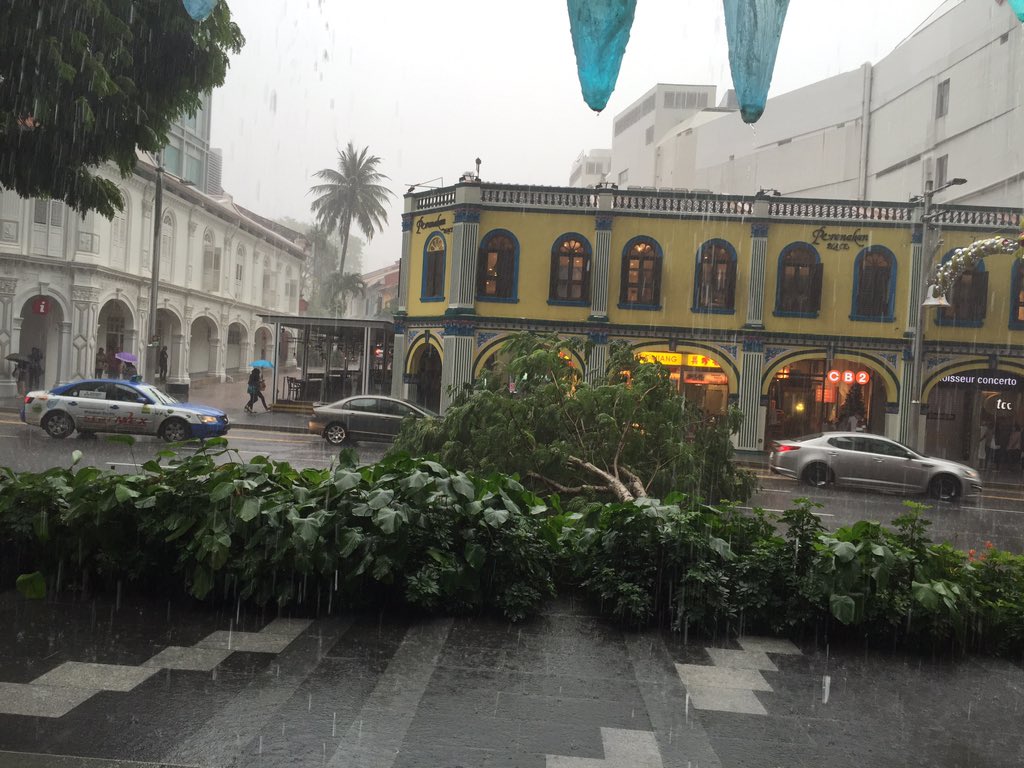 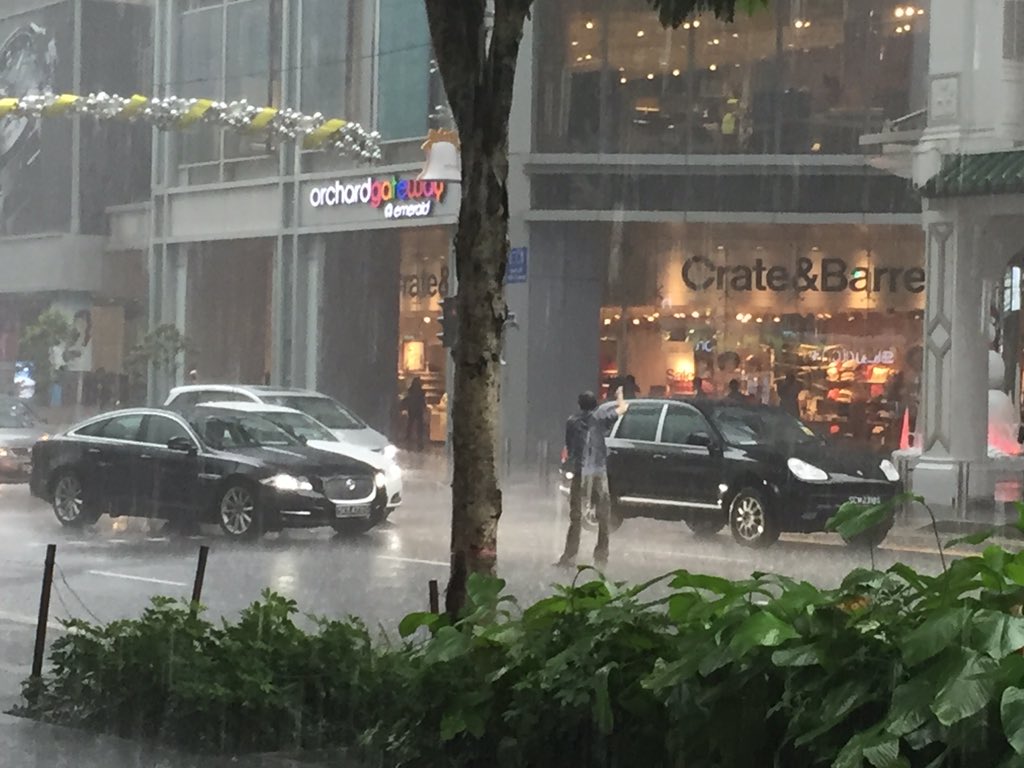 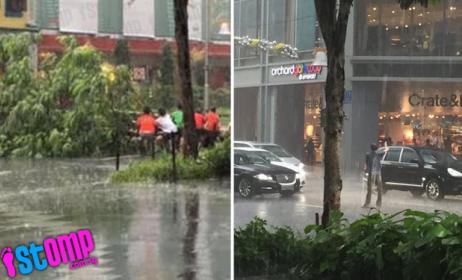 A few good Samaritans helped brighten up a gloomy day after a huge tree fell near Orchard Central and blocked part of Orchard Road during a heavy downpour two days ago (Dec 11).

Stomper Ferhan saw a group of about six students trying to pull the fallen tree onto the side of the road in the rain.

A netizen has also taken to social media to show what happened after the massive tree fell. 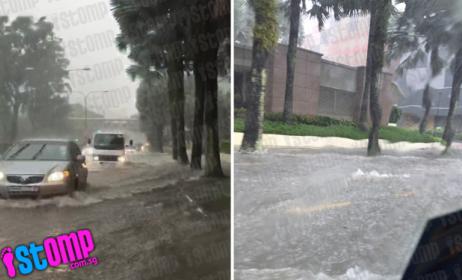 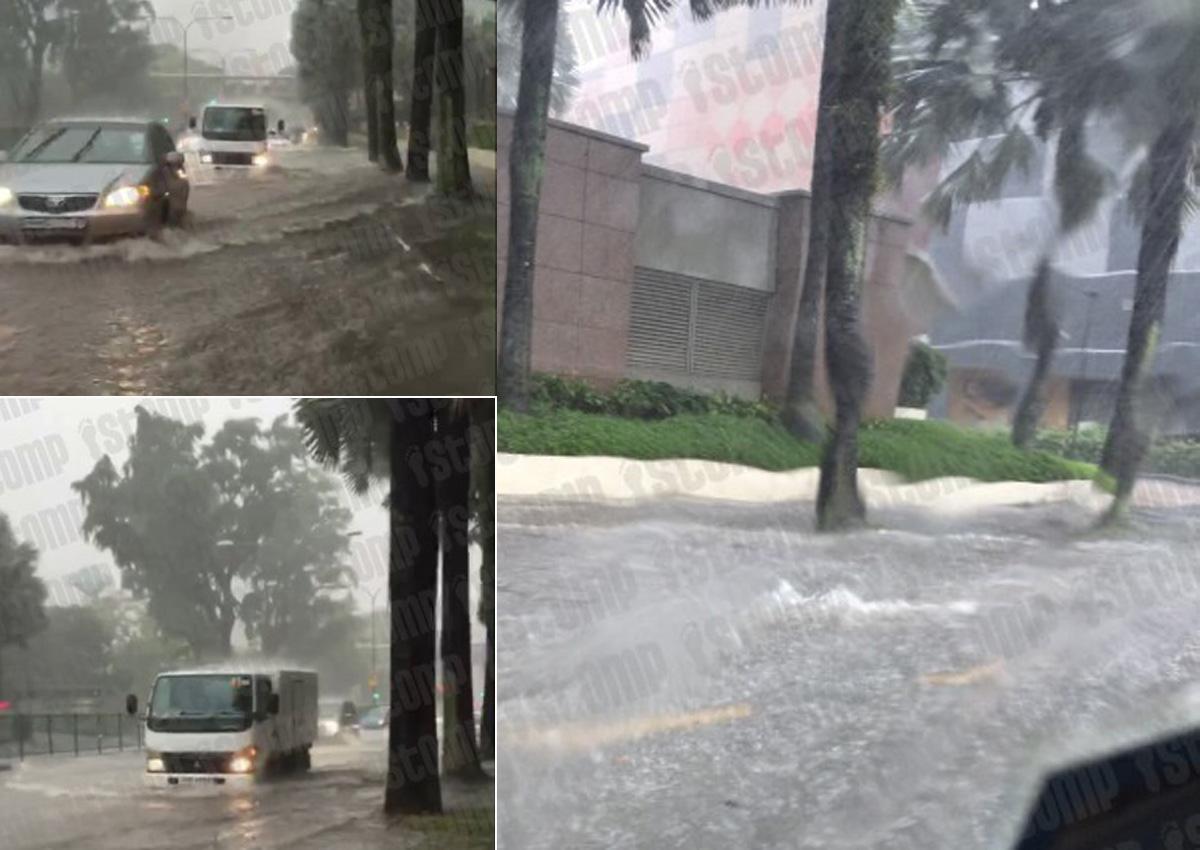 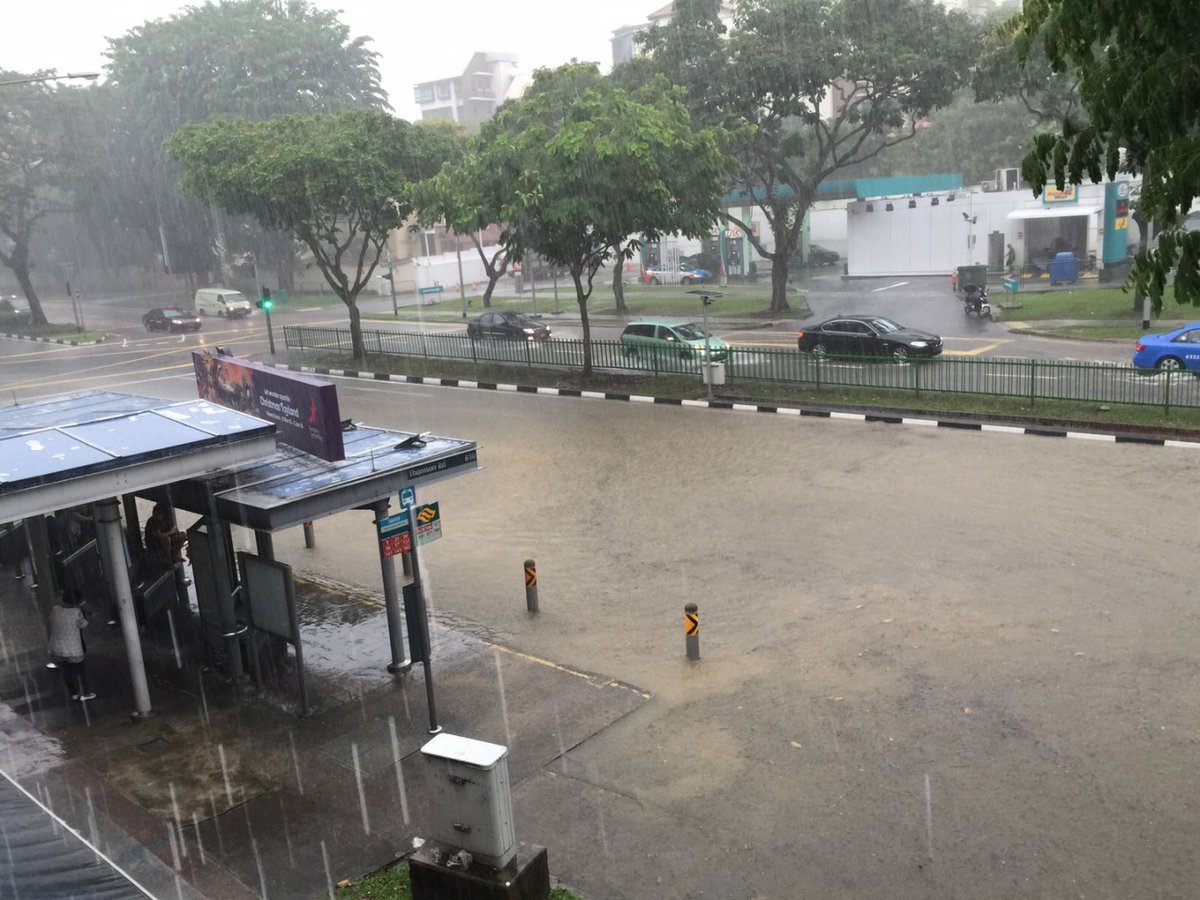 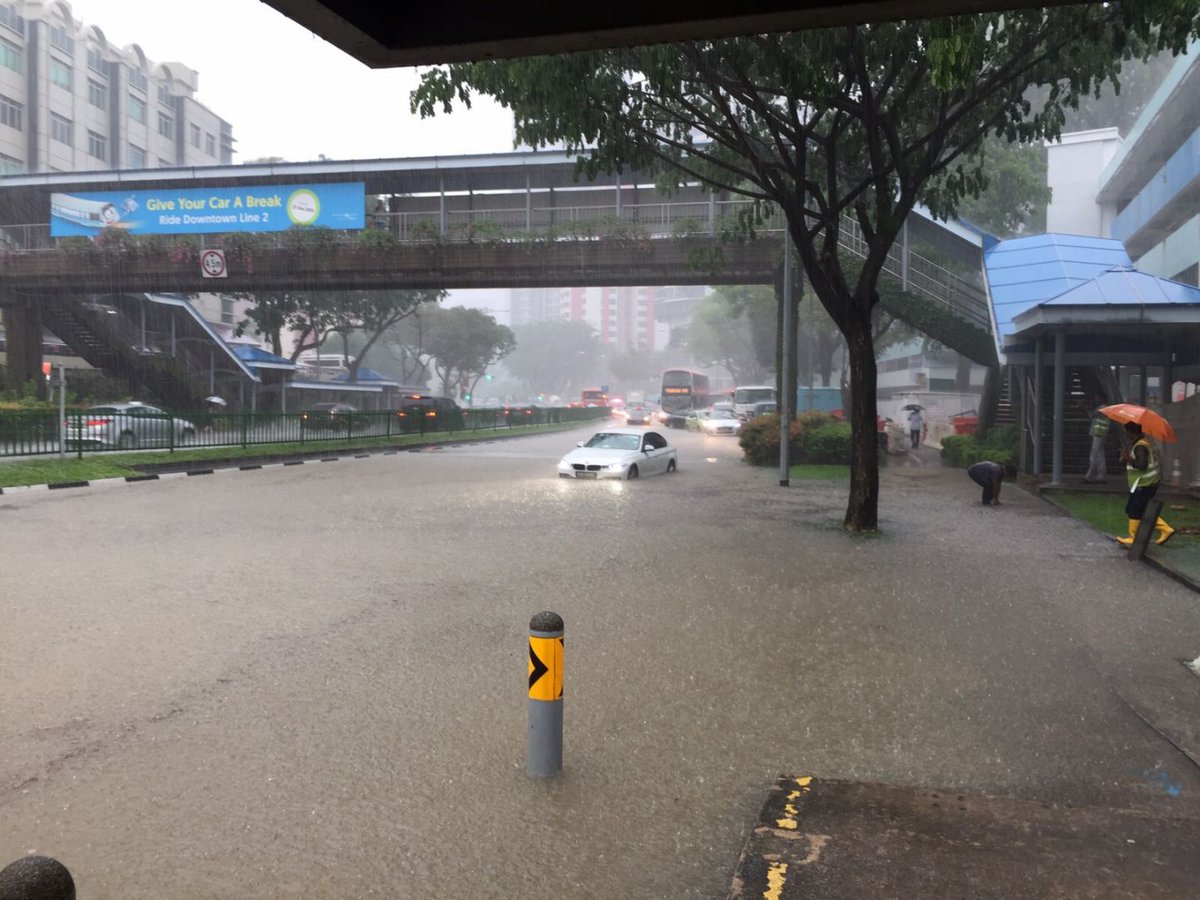 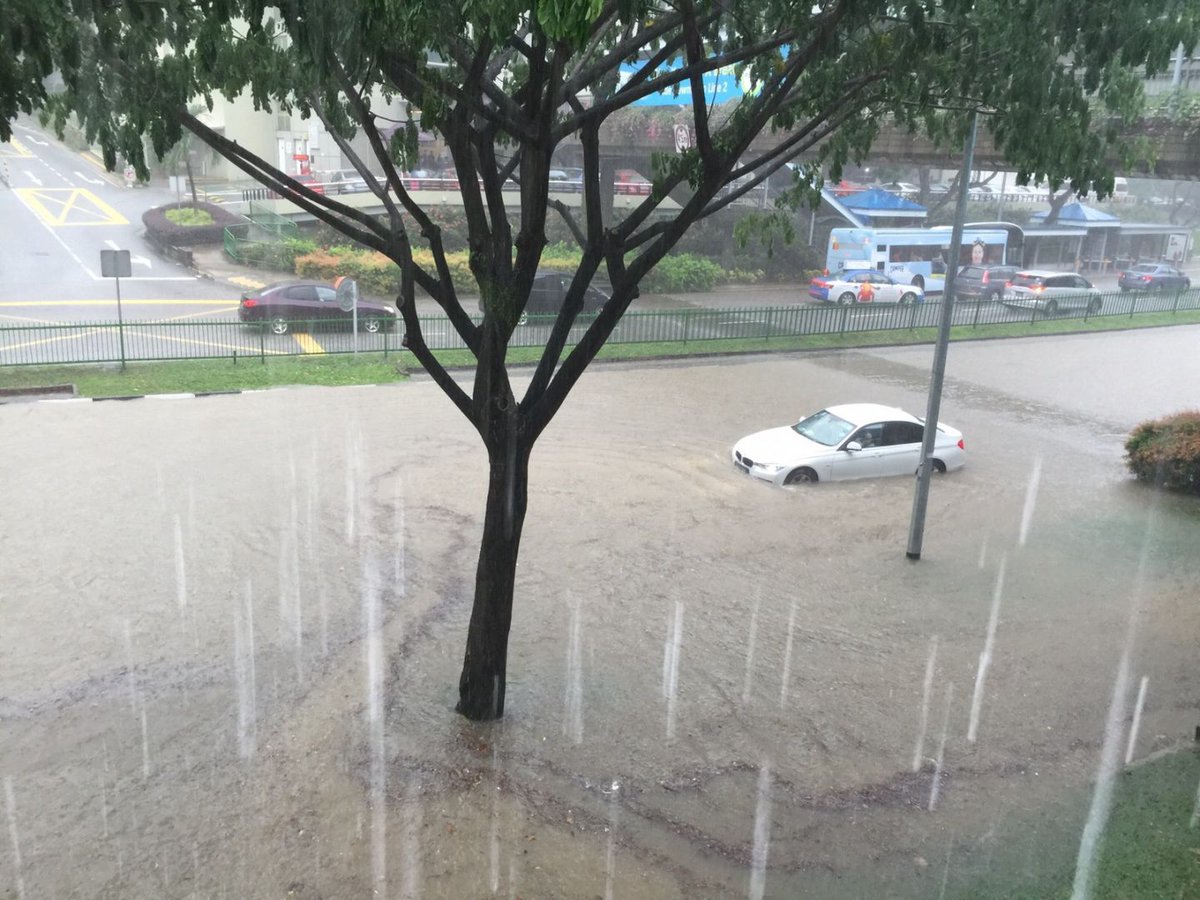 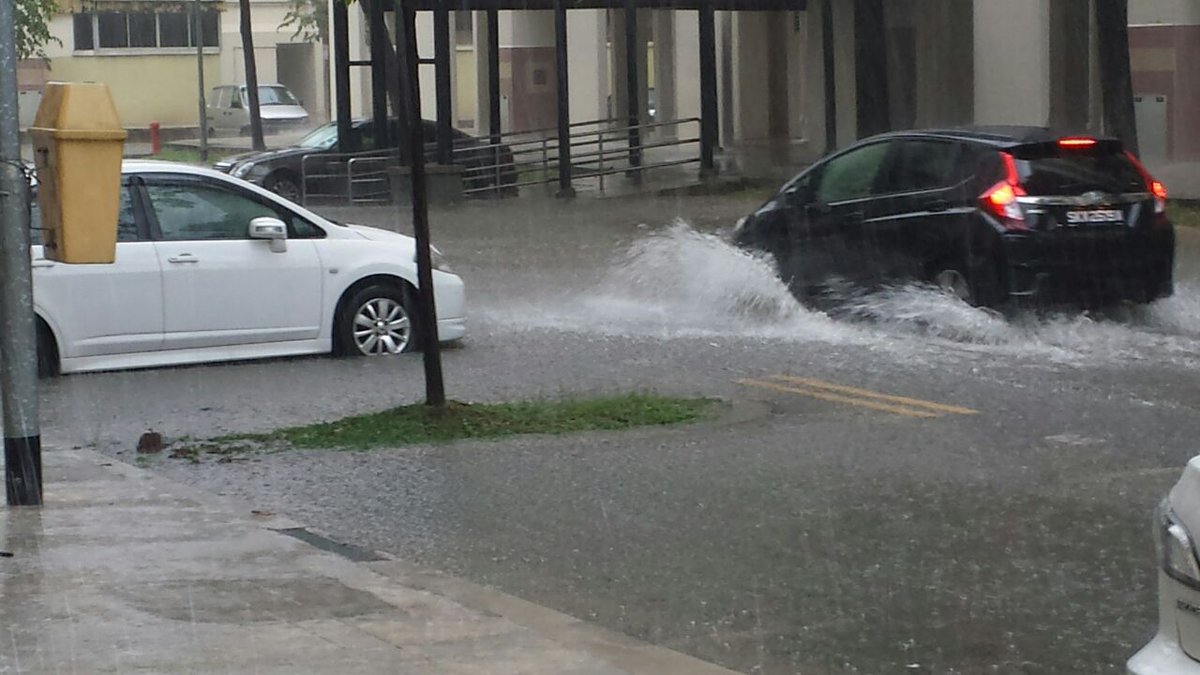 Another round of flooding. 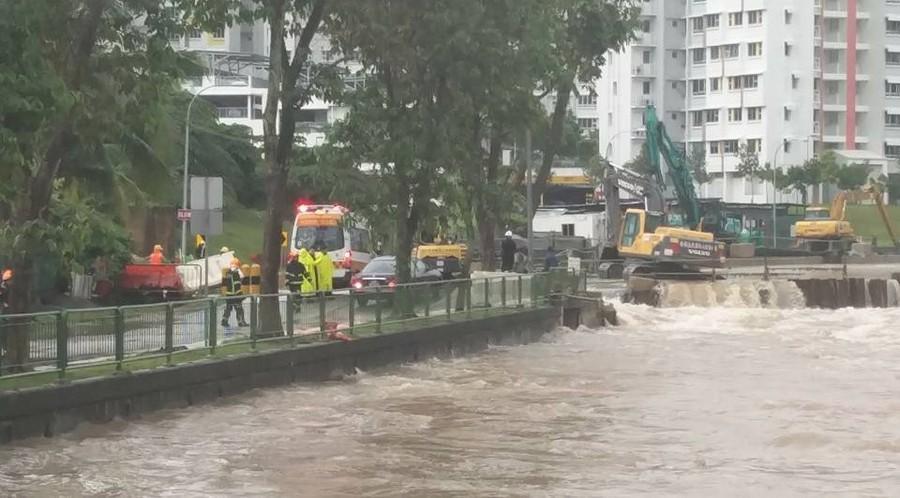 Accompanied by gusty winds, the downpours pushed water levels in drains and canals close to the brink, with flooding reported in towns, including Ang Mo Kio, Buangkok, Hougang and Yio Chu Kang.

At around 4.30pm, the agency also tweeted that traffic was “impassable” in Lorong Buangkok, with an alert about 30 minutes later saying that the water had subsided. 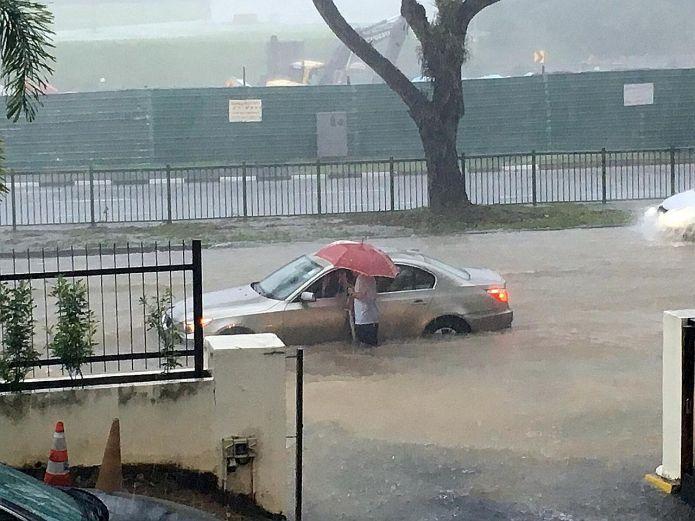 …
Heavy rain caused flooding in several areas of Singapore yesterday afternoon. This car was stuck in a flooded stretch of Yio Chu Kang Road, outside the Church of St Vincent de Paul.

The National Environment Agency had warned of thundery showers with gusty wind expected over the northern, eastern and central areas of the island. 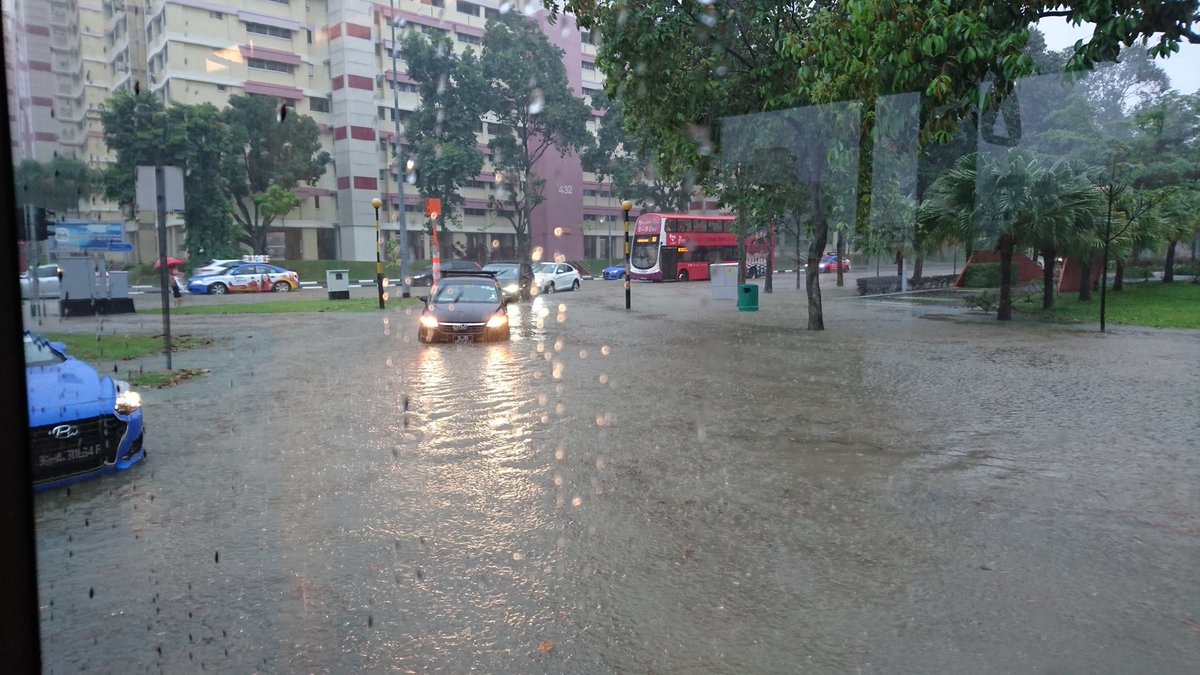 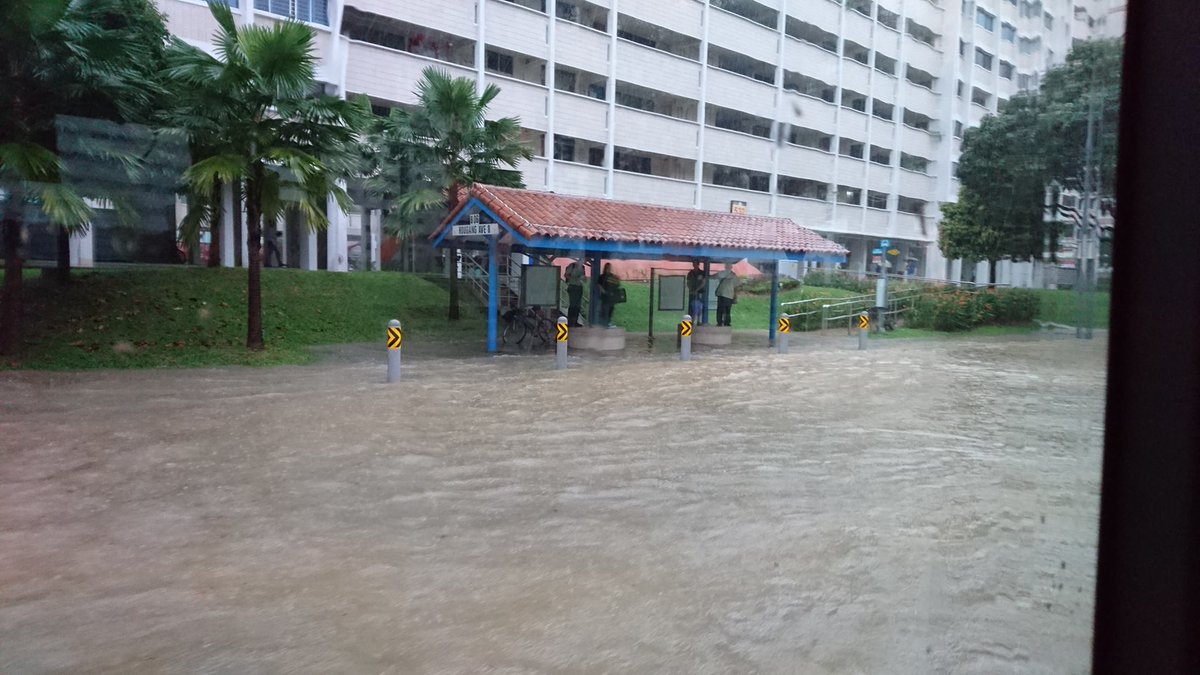 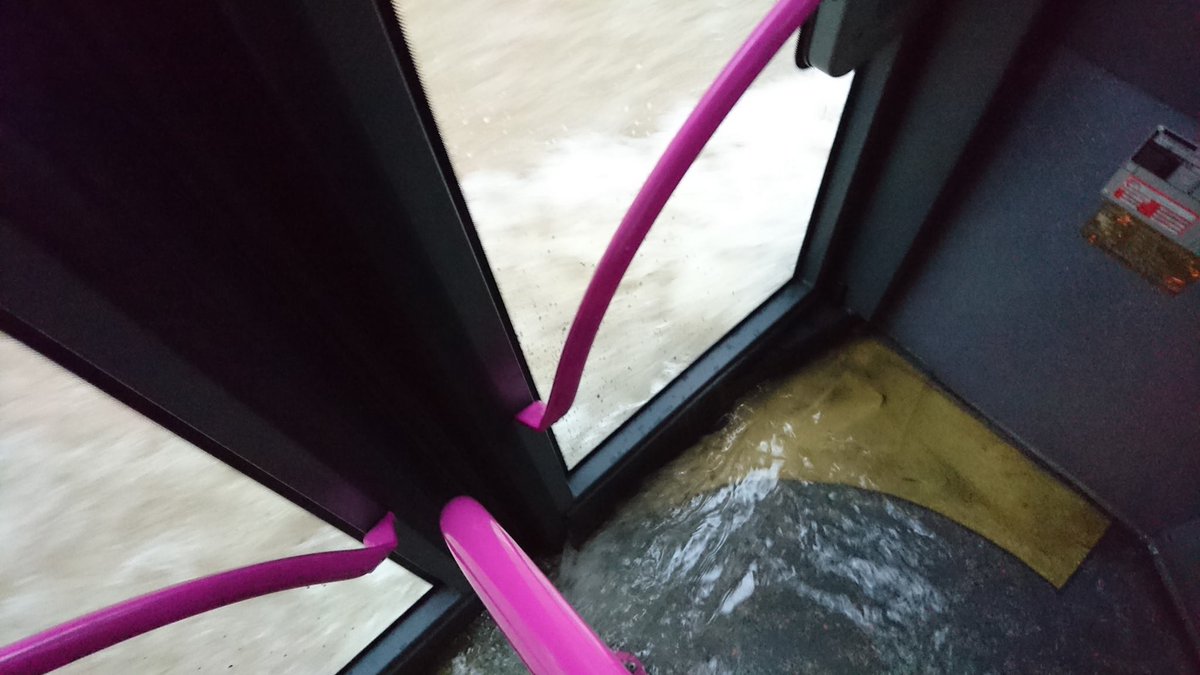 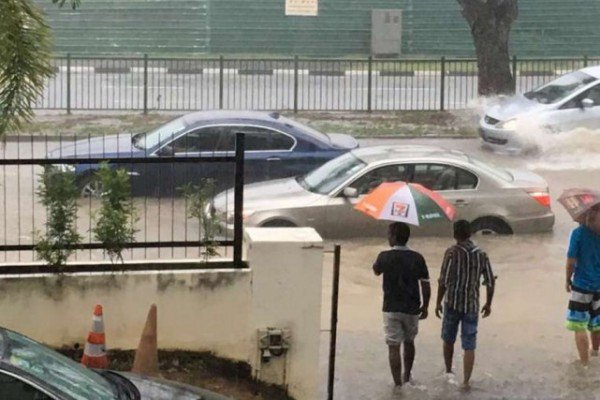 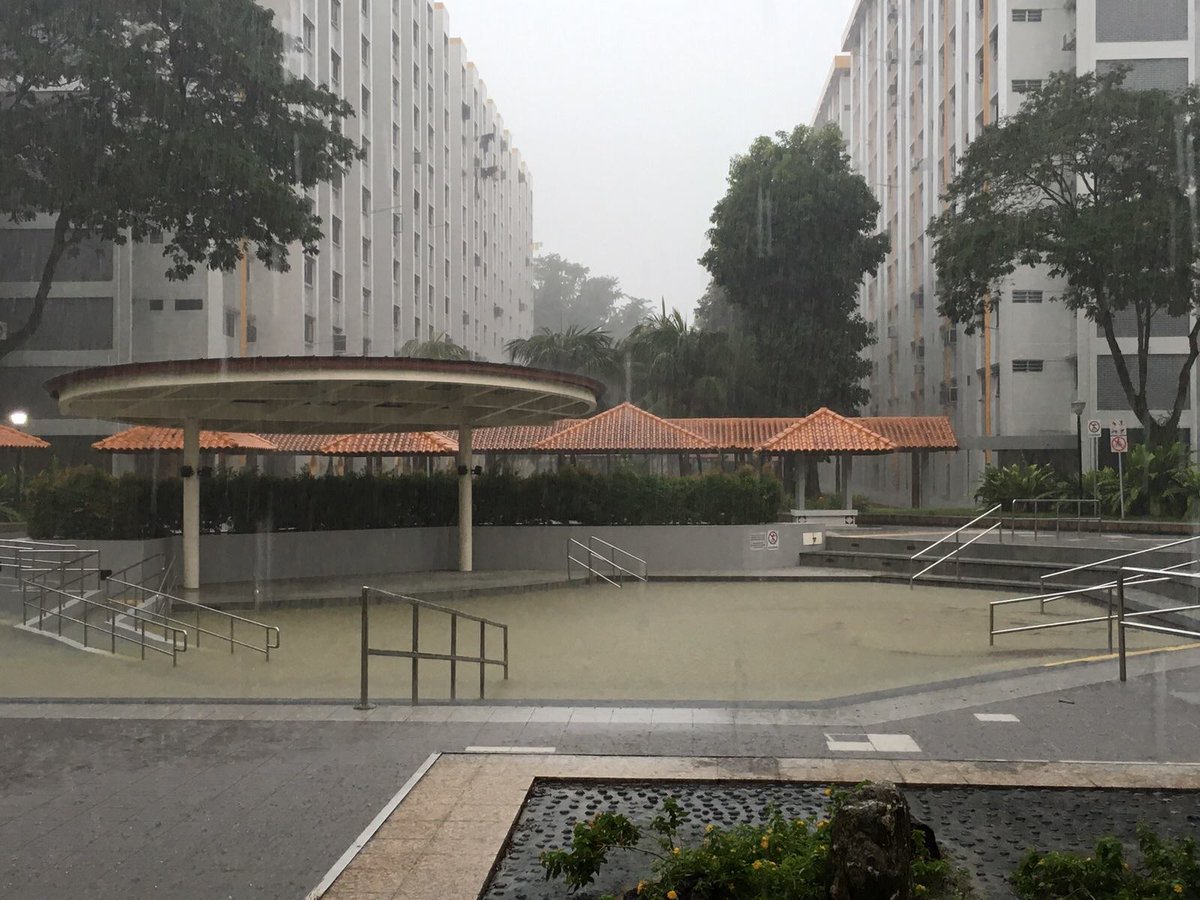 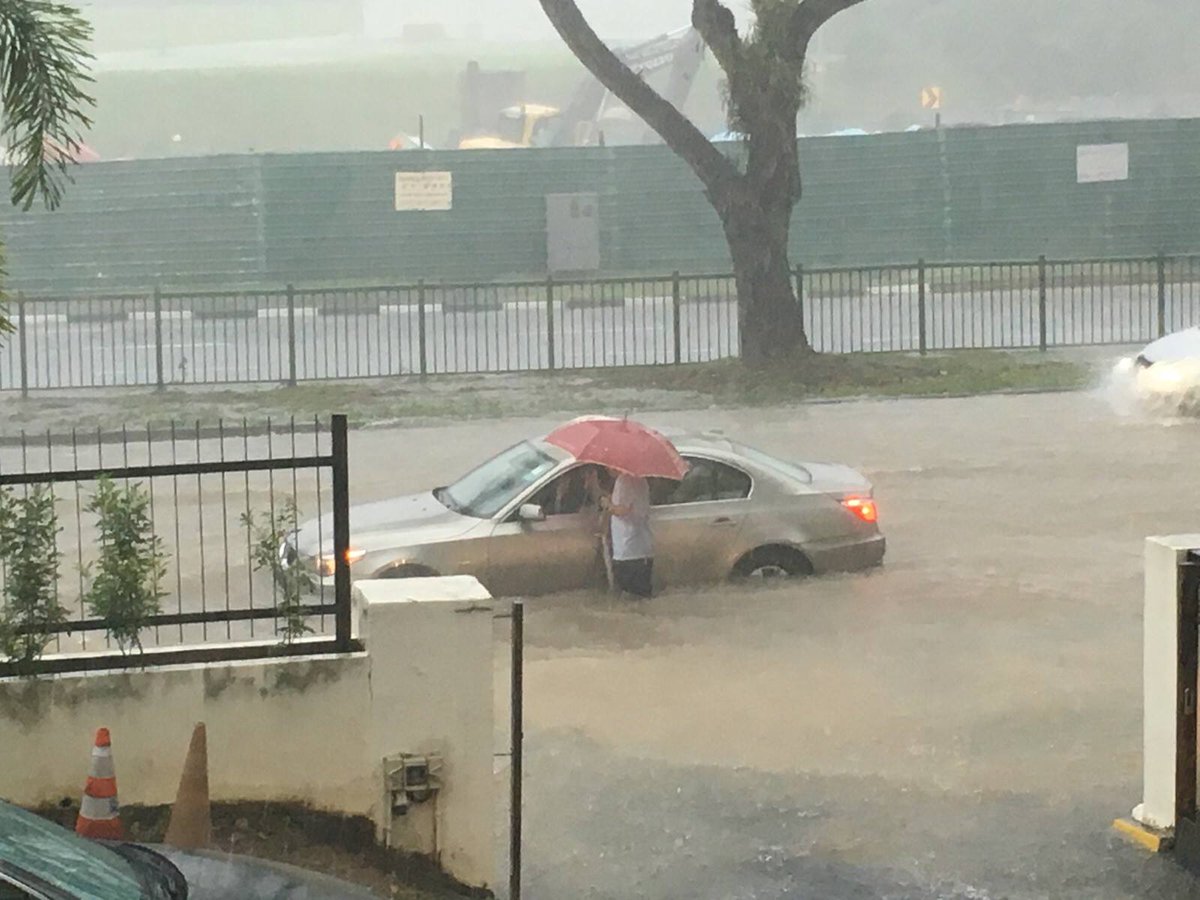 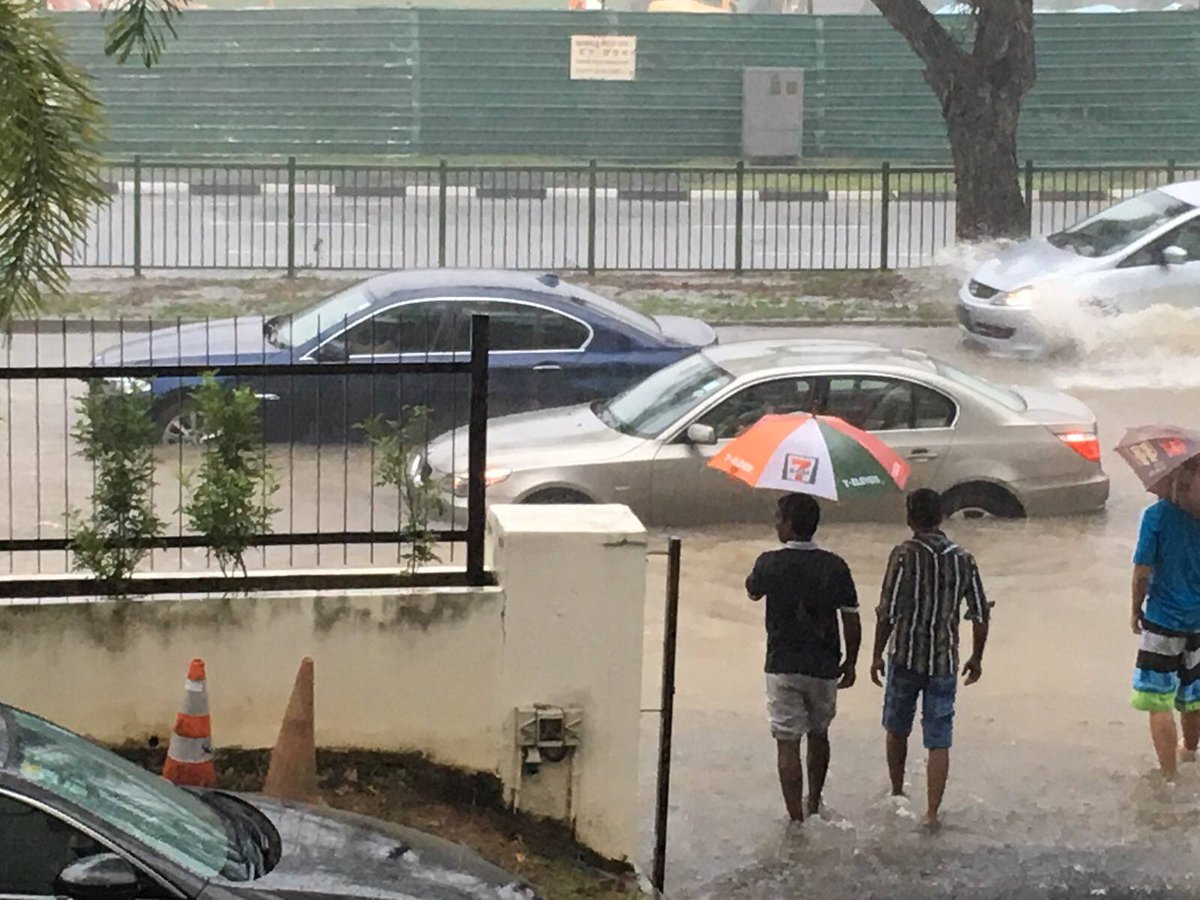 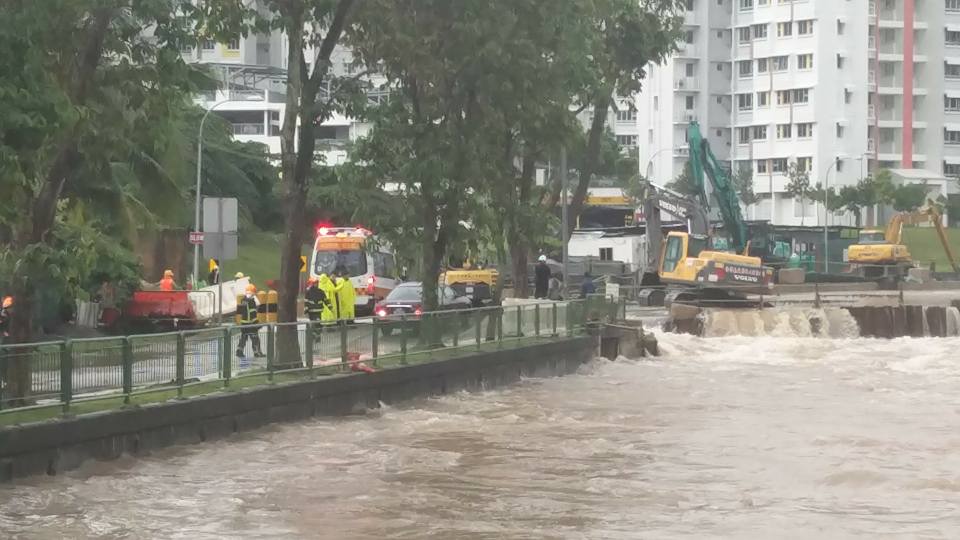 At about 4pm, the National Environment Agency (NEA) said on Twitter to expect thunderstorms over northern, eastern and central Singapore between 4.05pm and 5pm. At around 4.40pm, the PUB issued an alert to flash floods at Lorong Buangkok.

PUB also warned of the high water levels in areas such as Tampines Road, Cactus Road and Chin Bee Avenue.

Like Loading...
This entry was posted in Uncategorized and tagged flash floods singapore, floodingsingapore, singapore floods. Bookmark the permalink.