Posted on October 7, 2015 by weehingthong 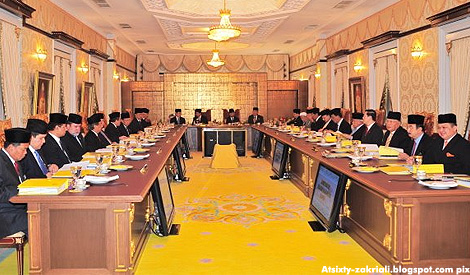 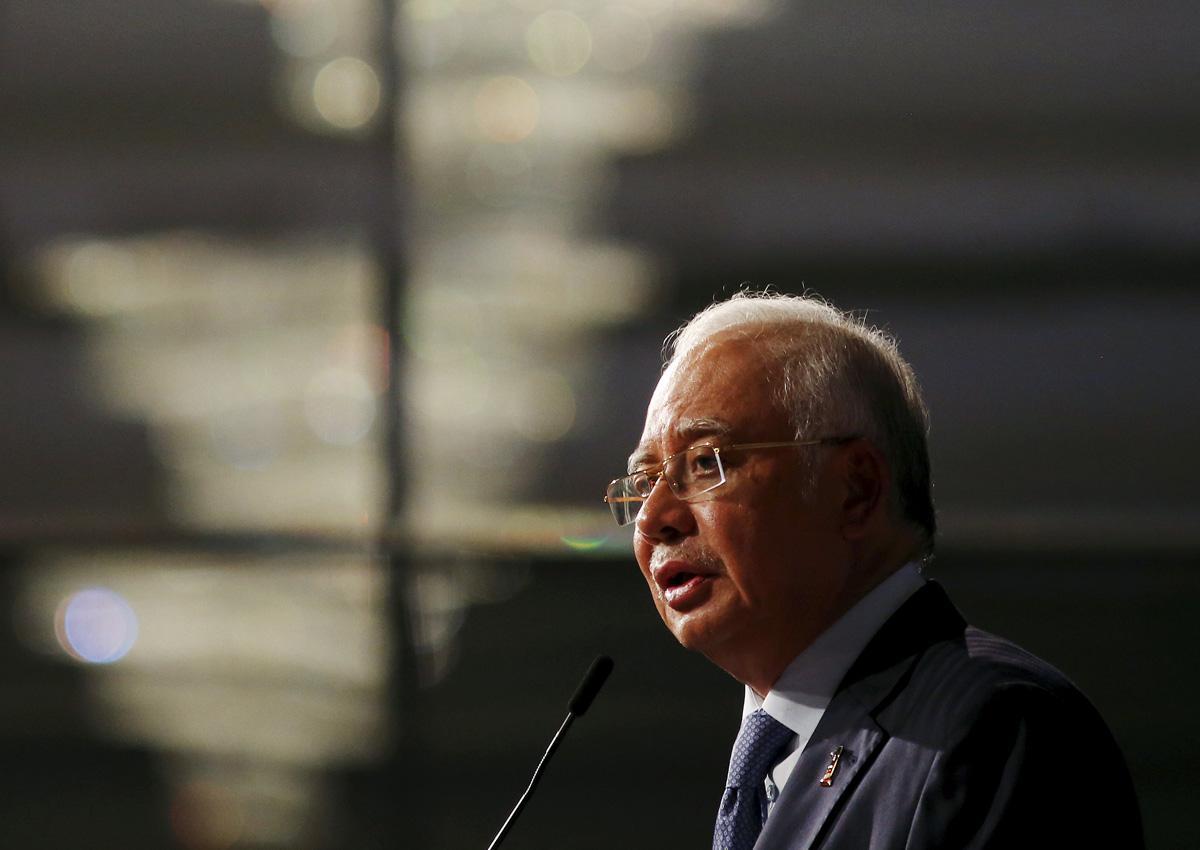 The rare statement on Tuesday by Malaysia’s nine rulers, calling for swift and serious investigations into the murky affairs of beleaguered state investment firm 1Malaysia Development Berhad (1MDB), triggered responses across the spectrum.

Critics of Prime Minister Najib Razak called it a rebuke of the embattled leader, prompting his allies to deny that he had lost the support of the rulers, who remain influential despite being figureheads.

The most telling response was that of newly appointed Attorney-General Apandi Ali, who insisted that all probes were going full steam ahead, when for two months he has not contradicted the anti-graft agency’s claim that a high-level task force looking into 1MDB had been disbanded.

The central bank, which is part of this on-off, on-again task force, then revealed that its investigations showed 1MDB had given incorrect information about US$1.83 billion (S$2.6 billion) in overseas investments, and ordered the firm – whose advisory chief is the embattled Prime Minister – to repatriate the sum.

But the bank said it was up to the public prosecutor to bring charges against anyone.
…

It is difficult to gauge what impact the rulers’ statement would have on the ground, but it has clearly shaken those at the top, and resulted in more questions arising over 1MDB’s transactions.

The pressure on Mr Najib to resign grows, but it will take more than pronouncements from largely ceremonial royals to unseat the Prime Minister.

Is this very stupid UMNO man, a Najibot, insinuating that the Conference of Malay Rulers are being used? Really? 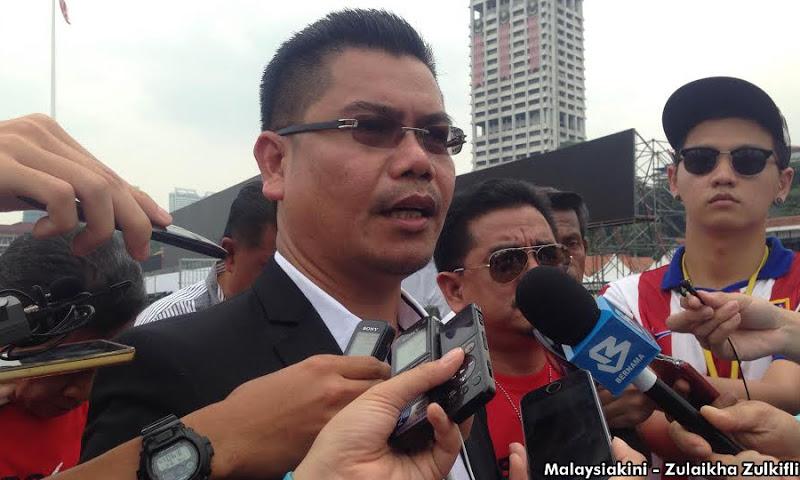 He said there was no reason for the issue to be discussed in the Conference of Rulers, as Prime Minister Najib Abdul Razak (photo) had promised to solve 1MDB’s money woes.

“The rulers have a right to voice out their concerns… But why was 1MDB discussed in the Conference of Rulers.

“I believe there are hidden hands who brought this issue to the Rulers Conference,” Jamal told Malaysiakini.

‘Rulers have spoken on 1MDB, will Najib commit lese majeste?’ 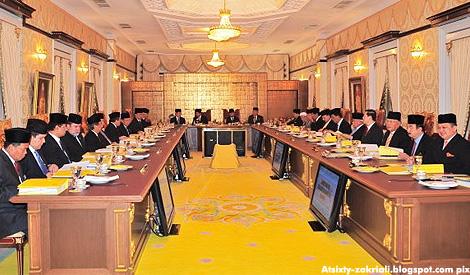 The Council of Rulers want the probe concerning 1MDB to be completed as soon as possible and action be taken against those who have committed wrongdoings.

Commenting on this development, veteran newsman A Kadir Jasin asked if Prime Minister Najib Abdul Razak would adhere to the decree or commit lese majeste.

“Will they be loyal and true to the rulers or be afraid of Najib,” questioned the former New Straits Times Group editor-in-chief and close ally of Dr Mahathir Mohamad.

Kadir also noted that it is uncommon for the Council of Rulers to issue a decree on the administration of the country.

“But when the council issued a decree on the 1MDB investigation, surely it must have been a pressing need. In other words, the rulers felt that they can no longer keep silent,” he said.

In a pre-Council meeting statement issued yesterday, the sultans cautioned that failure to provide explanation and answers could lead to a confidence crisis.

The sultans also wanted the investigation results to be revealed in detail and a transparent manner in order to convince the people that the government is not hiding facts or the truth. 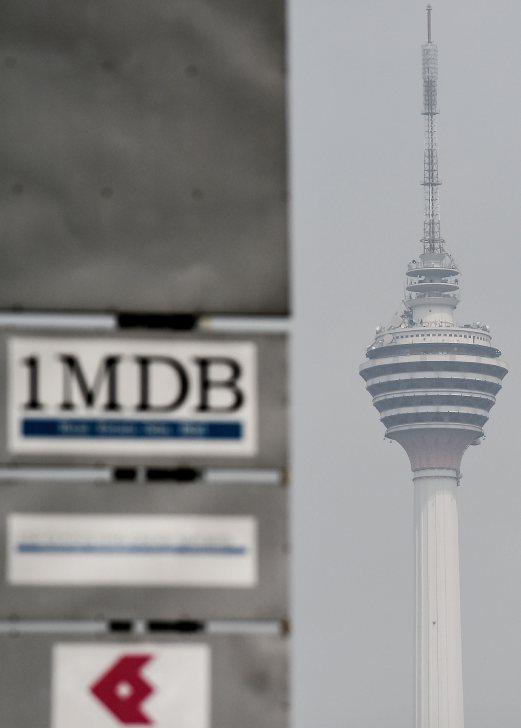 KUALA LUMPUR, Oct 6 — The Conference of Malay Rulers today directed Putrajaya to ensure that 1 Malaysia Development Bhd (1MDB) is thoroughly investigated and for those found guilty of wrongdoing to be punished.

In a statement issued by the Keeper of the Rulers’ Seal, Datuk Seri Syed Danial Syed Ahmad, the sultans also said that investigations must be made public in order to show that nothing was being hidden in the probe on the state-owned investment firm.

“The findings of the investigation must be reported comprehensively and in a transparent manner so that the people will be convinced of the sincerity of the government which shall not at all conceal facts and the truth,” read the statement.

“The failure to give convincing clarifications and answers is feared to have resulted in a crisis of confidence.”

This is the first time the Conference of Malay Rulers has openly commented on the 1MDB controversy that has gained international attention.

Improper handling of the 1MDB controversy and related investigations could also affect the economy and even threaten national security, the rulers said.

“As a consequence, the people believe, whether basing on reality or perception, that this is among the causes for the plunge in the value of the Malaysian Ringgit, impacting the country’s financial market and economic climate negatively and at the same time adversely affecting the world’s view of Malaysia,” they added.

“To ensure that the government enjoys the people’s trust, that leaders are respected, that political stability is guaranteed and that the economy continues to grow, all leaders must constantly ensure that justice is meted out equitably and transparently based on the law.” 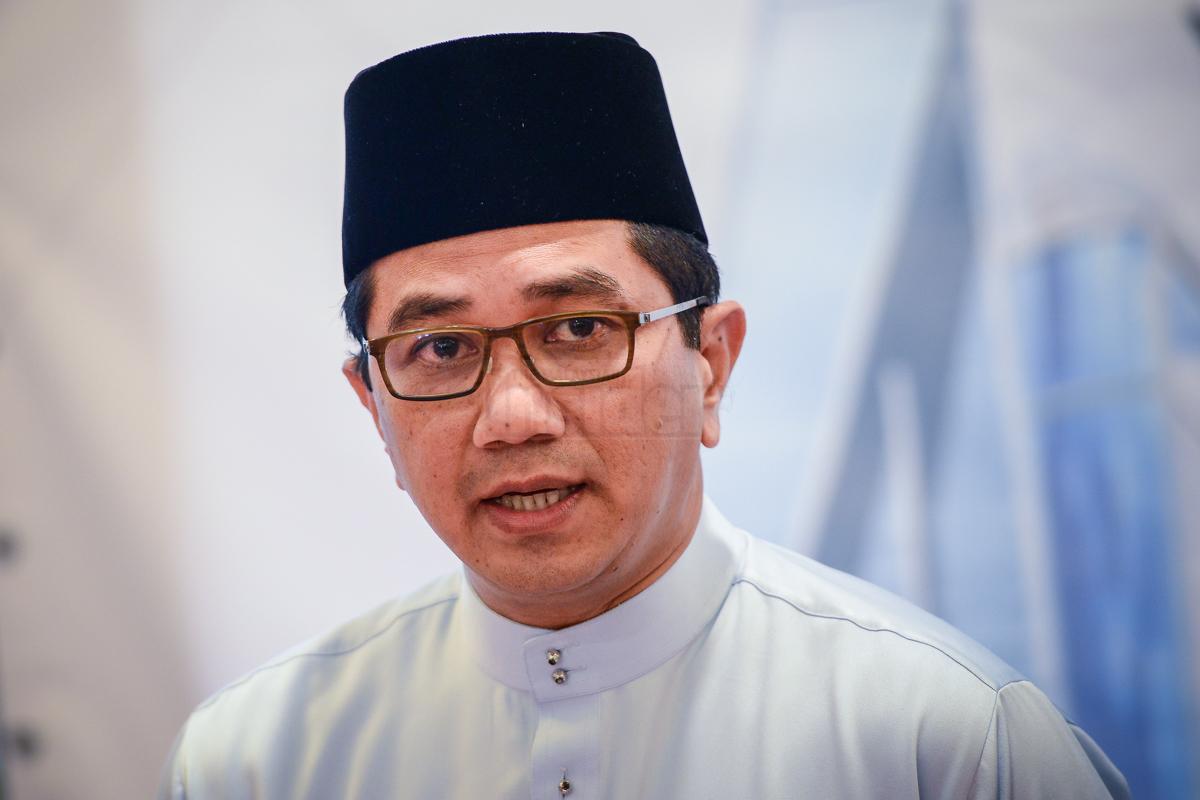 Agreeing with the rulers’ sentiments, Azmin also said the statement should not be politicised by anyone to gain mileage but serve as a “guiding light” to all those in power.

“Each and every matter expressed resonates with the people as much as they share the same degree of care and concern the issues raised by the rulers,” Azmin said in a statement.

“We believe that this reminder is not just timely for the current issues affecting the nation but should remain a guiding light at all times to all those who hold executive power.”

Azmin was responding to the statement issued by the Conference of Rulers yesterday, which listed nine points regarding 1Malaysia Development Berhad (1MDB), including a call for transparency in investigations and for wrongdoers to be punished.

The first two days of the Parliament’s budget session in late October should be used to discuss the statement by the Conference of Rulers yesterday, said DAP parliamentary leader Lim Kit Siang.

“It (the statement) encapsulated the three major concerns of all thinking and patriotic Malaysians: the RM50 billion 1MDB scandal, the parlous state of the rule of law and the fragile state of national unity in the country,” he said in a statement today.

The Conference of Rulers are “fully justified” in their concerns about the rule of law in Malaysia, he added.