Four trade unions are locked in a months-long dispute with management over London Mayor Boris Johnson’s plans to run a 24-hour Tube service on Fridays and Saturdays from September 12.

It is the second time the service has shut down in a month, after a similar strike on July 8 and 9 caused the first network-wide closure for 13 years. 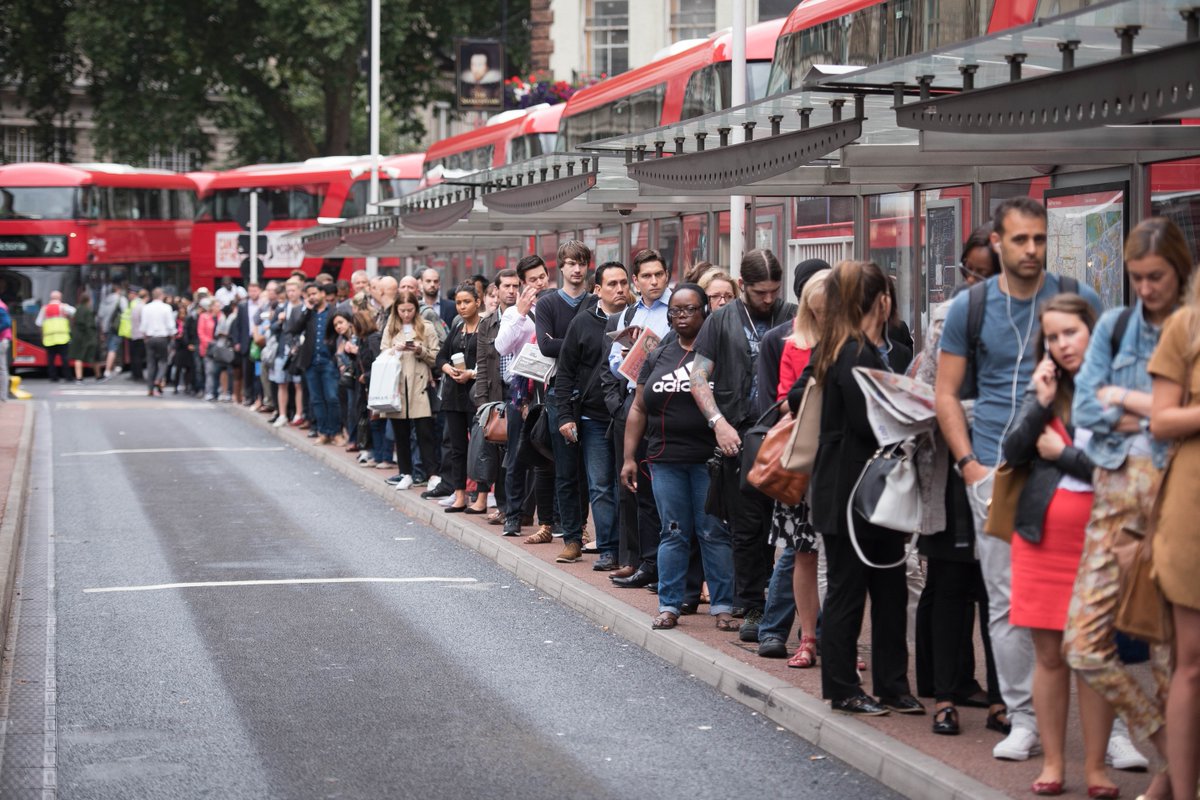 LONDON (AFP) – Millions of Londoners were forced to walk, cycle or take packed buses to and from work on Thursday as Underground staff staged their second strike in a month over plans to run trains all night.

London Underground staff walked out on Wednesday evening and will not return until Friday morning, causing a shutdown of the world’s oldest subway network and severely disrupting transport in the capital.

Four trade unions are locked in a months-long dispute with management over London Mayor Boris Johnson’s plans to run a 24-hour Tube service on Fridays and Saturdays from September 12.

An extra 250 buses, additional rental bikes and increased river boat services were laid on to help ease the disruption, while overground trains were operating as normal.

But the Tube handles four million journeys every day, meaning many trains and buses were overcrowded Thursday.

Many of those who decided to drive into work found themselves in one of the hundreds of traffic jams recorded, with roads also clogged with cyclists and pavements filled with pedestrians who decided it was quickest to walk.

At the peak of rush hour there 800km of tail backs in and around the British capital, according to navigation company Tom Tom.

“Battling” commuters get buses. What troopers! One even thought about WALKING 1.5 miles (ht @wonky_donky) #tubestrike 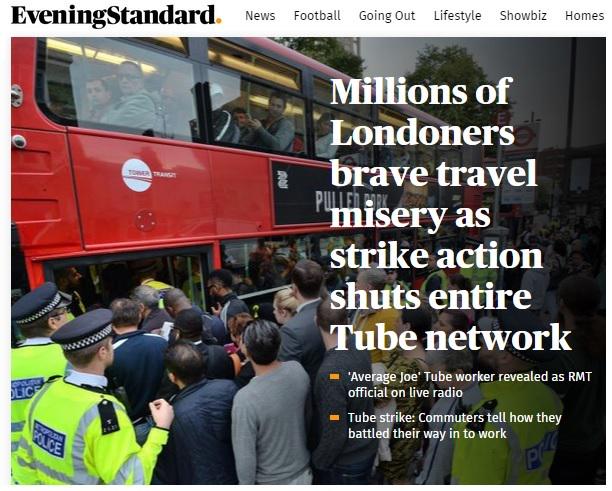 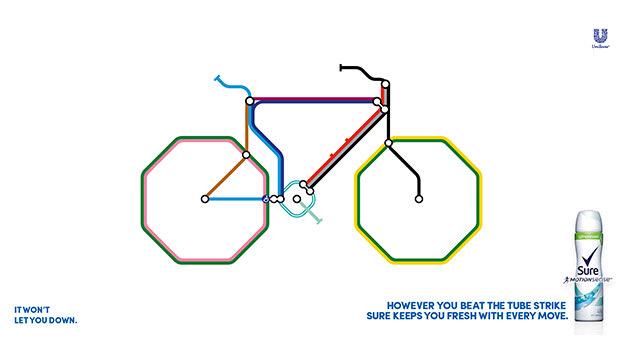 ‘Against the Tube strike? Try spending 15 years as a train driver like I have’ http://ind.pn/1HqDUZB  #tubestrike 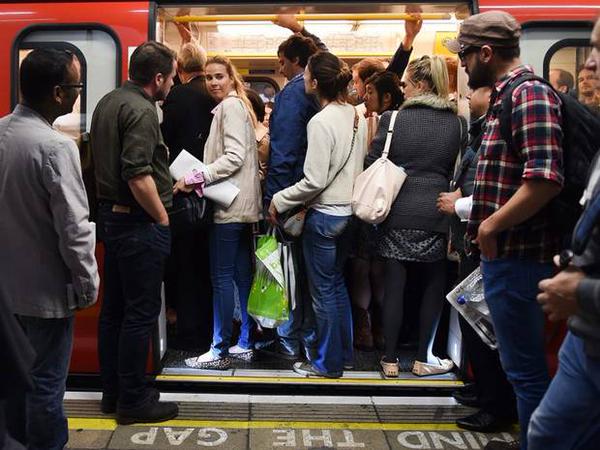 Here are the best Twitter responses to London’s #Tubestrike ordeal

Londoners are enduring another day of misery as drivers on their subway–the famous ‘Tube’–strike again in protest at plans to introduce a 24/7 service. The order of the day …

As Londoners struggle home at the start of the #tubestrike, Bagehot sees the positive side: http://econ.st/1M5t2GL 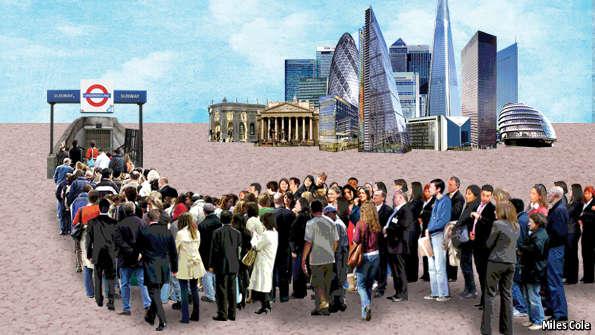 WHEN workers on the London Underground go on strike, Britain’s capital becomes an odd cocktail of the miserable and the carnivalesque. Blitz-era double-decker buses are drafted back into service. Queues for taxis wind around buildings. Hospital emergency departments fill with out-of-practice cyclists and rollerbladers. For the wobbly, a strike day is a chance for exercise; for the ostentatious, an opportunity to preen (unicyclists mingling with pedestrians in the hairier quarters of the capital). Some even break the habit of a lifetime and venture a conversation with those into whose armpits they are pressed, daily, in the morning crush.

The disruption is immense—a stoppage on July 9th reportedly sapped London’s economy by £300m ($470m)—and strangely reminiscent of Britain’s past, when industrial action by hard-left unions claimed tens of thousands of working days every year. With another shutdown looming on August 5th, Bagehot is tempted to join his fellow commuters in tutting about outfits like the militant National Union of Rail, Maritime and Transport Workers (RMT), whose Marxist leadership exploits its monopolistic power to extract for its members pay and perks much more generous than those in comparable professions. He is, however, also curiously cheered by the strikes.

Why? London is growing. In February it passed its previous population record of 8.6m. Immigration from other parts of Britain, Europe and the wider world, combined with an above-average birth rate, put it on track for 10m by 2030. It is also centralising: the rise of its high-skill knowledge industries, which tend to form clusters, concentrating employment in central areas like Canary Wharf (finance), Old Street (technology) and Chancery Lane (law and business services). London inhales about 2m commuters every morning, exhaling them back out to dormitory towns and suburbs at the end of the day.

As its diaphragm becomes stronger, the city’s windpipe is becoming blocked. One recent report for the London Assembly found that four in five Underground users experience “discomforting overcrowding”. Stations are busy from ever earlier in the morning until ever later in the evening. In March a woman on a packed platform was dragged under a train. In the same month the throng at London Bridge, a major interchange, was so dense that people had to vault ticket barriers to avoid being crushed.
…

The strikes, then, are the product not only of the unions’ monopolistic power, but more fundamentally of London’s economic success. At a time when it is fashionable to up sticks and move to cheaper, less squashed parts of the country (“Goodbye London”, was a recent, typical broadsheet feature), they are a reminder that, despite everything, millions want to live and work in Britain’s capital. As cities from Blackpool to Brindisi struggle with high unemployment, London booms, its opportunities and wealth sucking people in. The RMT may have its banners, its anti-capitalist slogans—and its strikes. But its tactics work only because, week after week, ever more people contort themselves into a cramped steel cage for the ride to a place where they can get on, up and—perhaps—rich. 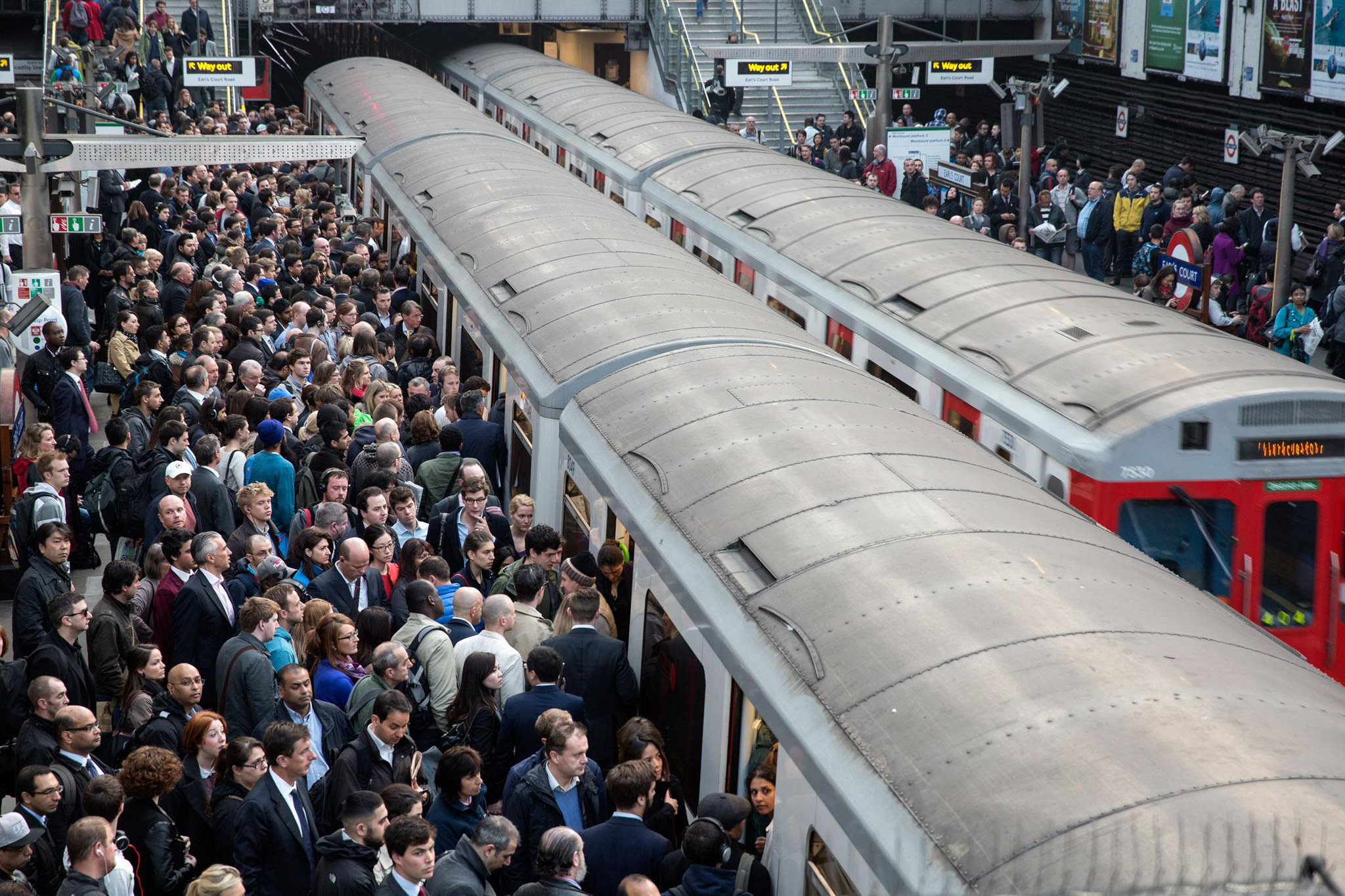 Huge queues are forming outside Underground stations as London braces itself for #tubestrike http://trib.al/OJvdbSZ 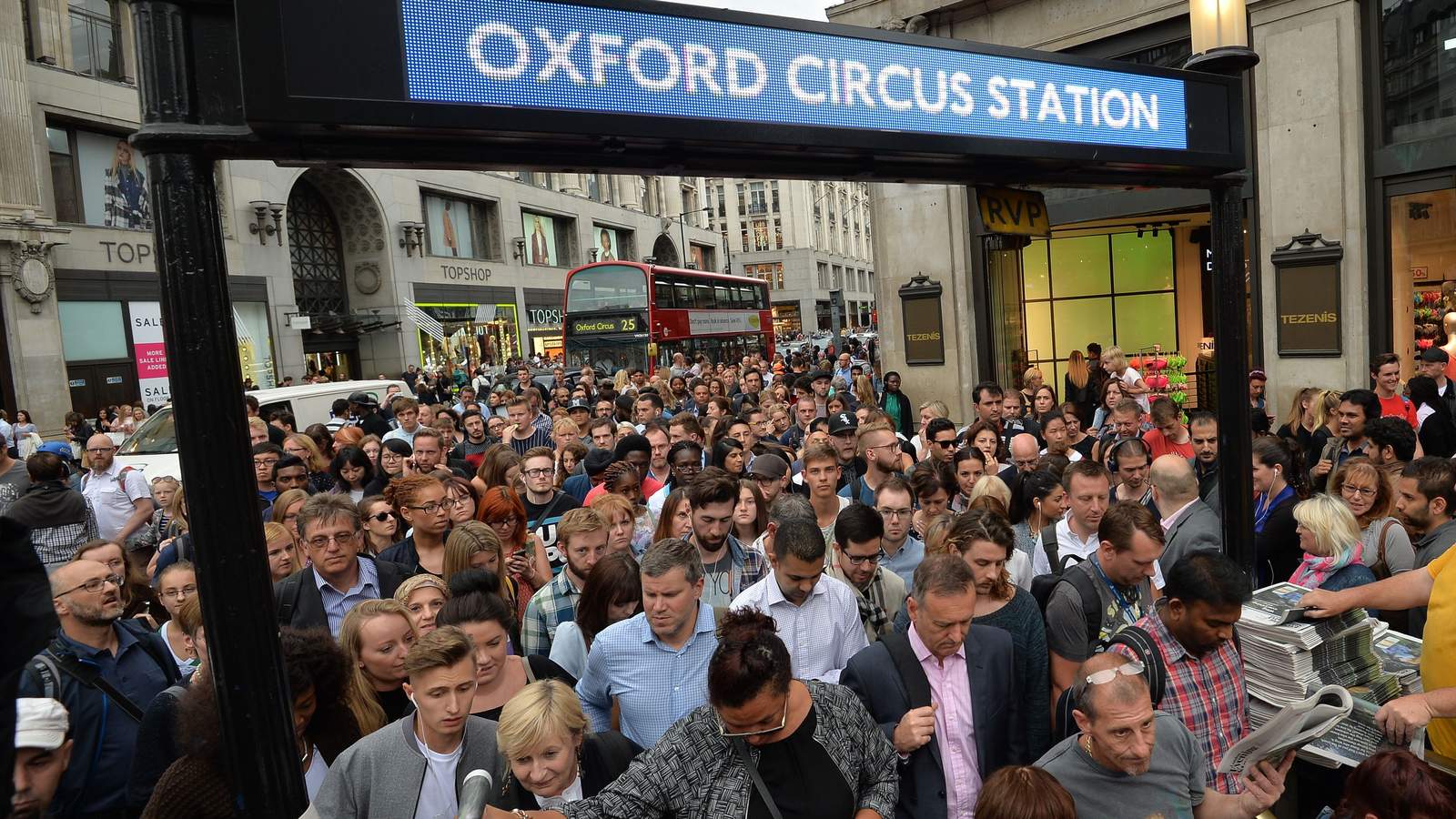