Posted on December 2, 2013 by weehingthong

THE DAY THE METRO NORTH WENT OFF THE TRACK!

Metro-North train was traveling at more than 80 mph at time of fatal crash, NTSB says

The commuter train that derailed in New York City was traveling 82 mph as it went into a 30 mph curve according to preliminary information, the National Transportation Safety Board said Monday.

However, NTSB board member Earl Weener said it was too early to tell if human error or faulty equipment triggered the crash that killed four and injured dozens more early Sunday morning.

“That’s the question we need to answer,” Weener told an afternoon news conference.

More on this story: http://www.foxnews.com/us/2013/12/02/metro-north-train-was-traveling-at-more-than-80-mph-at-time-fatal-crash-ntsb/ 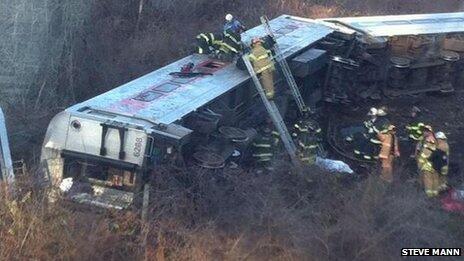 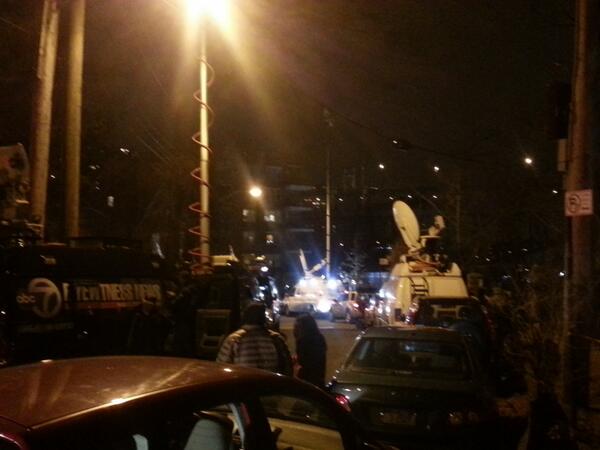 NEW YORK (AP) — Police confirm that a Metro-North passenger train has derailed in the Bronx.

A woman at the scene says numerous emergency vehicles have responded.

Police sources told NBC and the New York Daily News that at least four people died after the commuter train headed towards Grand Central derailed around 7:20 AM.

The FDNY confirmed the 4 deaths in a press conference. They also said that at least 67 people were injured, 11 seriously. Of the 4 people killed, 3 were thrown from the train after it derailed.