Will UMNO cybertroopers ever learn their job? Clearly, there is less money…

Whether you call them BN or UMNO cybertroopers, they were ineffective, to put it kindly.

Dear readers, Kindly note that Malaysiakini has never published this article. Thank you!

aruna and 1 other Retweeted

‘DOUBLE WHAMMY’? DON’T WATCH TOO MANY CARTOONS NAJIB – EDUCATE YOURSELF ON ECONOMICS INSTEAD: SST WON’T RAISE COST OF LIVING, SAYS DR M – EVEN AS KIAN MING RIPS APART BN’S LIE SST IS 16% VS THEIR GST OF 6%

PRIME Minister Dr Mahathir Mohamad said the sales and services tax (SST) will not raise the cost of living, as speculated by his predecessor, Najib Razak.

SST will only affect selected services, unlike the goods and services tax (GST) introduced during Najib’s administration, which is a broad-based consumption tax, the 93-year-old leader said.

“Whereas GST is a tax at the source, so whether you buy or not, everything will go up in price,”   Dr Mahathir said at the Parliament lobby today.

The Pakatan Harapan chairman also said the government would be looking to repeal the GST in this Parliament session.

“We have zero-rated GST, so what we have to do now is to ensure that Parliament repeals the law.”

Najib told reporters at Parliament today that SST would raise the cost of living. Prices of goods had not come down enough even with zero-rated GST and imposing SST would be “a double whammy”, he said. 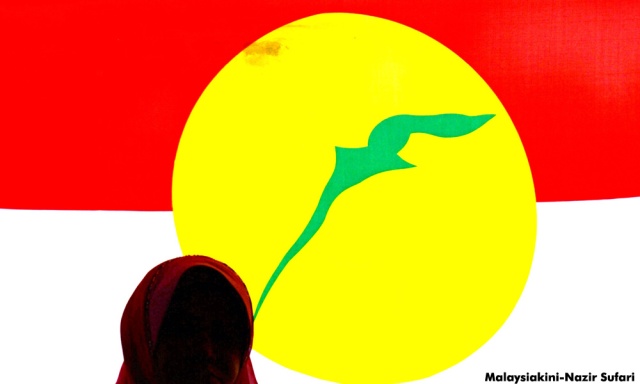 COMMENT | During Umno’s recent presidential debate, Ahmad Zahid Hamidi pointed towards social media as his overarching strategy to win over the grassroots. His campaign ticket did not reference the reforms expressed by the other two candidates, Tengku Razaleigh Hamzah and Khairy Jamaluddin.

Zahid’s strategy instead was an aggressive one, which was consistent with how he rebuked other component BN parties who had failed to muster enough wins in the 14th general election. Following that, Puteri Umno also echoed this strategy, harnessing social media as a “catalyst for change” in a political landscape where Umno was no longer the federal government.

To be frank, I do not think Umno knows what they mean exactly when they refer to social media as their engagement strategy moving forward. Pre-GE14, only two Umno politicians arguably had a grasp on social media as an engagement platform. The now-disgraced former premier Najib Abdul Razak and former Youth and Sports minister Khairy Jamaluddin.
.

For Umno, when they say, “social media”, they are actually saying “online propaganda”. Social media engagement is never about listening to groused Malaysians who had legitimate reasons for rebuffing BN at the polls. Like the mass media they used to grip, it is a one-way distribution platform.

This is made clear in any previous public statements over the years where Umno has called for an aggressive social media presence to win the perception war. Most notably over the 1MDB scandal that necessitated the previous BN government to rush through the Fake News Act weeks before GE14 to “control the narrative”.
.

Chief among those who led BN into the digital frontier was Tun Faisal Ismail Aziz (who claims to have coined and constructed the term we now come to know as “cybertrooper”; an Internet presence to counter oppositional views by the masses. However, online propaganda was not limited merely to just nondescript virgin social media accounts. Part of the machinery were also social media specialist companies and public relations firms who also formed the undercurrents of online propaganda.

Online propaganda found strength in numbers and disseminated information that official established media otherwise could not. On top of that, they were more affordable to finance than mushrooming news portals loosely owned or aligned to specific politicians or Umno affiliates. Online propaganda was a game harnessed by both BN and Pakatan – ultimately making it a war of perception.
.

Blogs too became a prominent voice. Take Umno Youth exco, Papagomo, who is a well-known blogger and has a strong following. In 2015, he posted incendiary fake news that led to right-wing Malays participating in the Low Yat racial riots. Or more notoriously, Raja Petra Kamaruddin, who years ago, initially tied then Defence minister Najib to the murder of Altantuya Shaariibuu and has since turned to lambasting the Harapan government while indulging in arm-chair commentary from the United Kingdom.

In other words, when Umno says “social media”, they are not saying engagement with grassroots, as they would like everyone to believe. They are instead attempting to reclaim and rewrite the narrative.
.

In the next five years leading up to GE15, expect the same from Umno; who will have their sights trained on their abdicated throne in Putrajaya. They may have decreased resources, but it does not take much to start online propaganda.

All you need is a coordinated team engineering the right message delivered at an opportune time of heightened sentiments. Harapan should know: it was how they swayed public opinion in their favour after all.

Like Loading...
This entry was posted in Uncategorized and tagged propaganda war, social media war, umno and cybertrropers, umno and social media. Bookmark the permalink.

1 Response to Will UMNO cybertroopers ever learn their job? Clearly, there is less money…