Hardly a day passes by without something that makes us cringe…

Oh no! SINGAPORE has become SINCAPORE. And is that word Poss ble?

SINGAPORE – As Singaporean actors made their glamorous debut on the Hollywood red carpet for upcoming movie Crazy Rich Asians earlier this week, something marred the event: errors in Singapore’s tourism logo on the backdrop.

In photos that have now circulated around the world, it is evident that there are at least two errors printed on the board situated just behind where the stars stop to pose for pictures.

Singapore on the sign looks like it is spelt with a C – thus reading “Sincapore” – while the word “possible” in the Lion City’s tourism tagline Passion Made Possible is missing an “i”.

The Straits Times has reached out to the Singapore Tourism Board for comment.

Scientists are trying to bend space and time.

Meanwhile, Malaysians are already ahead of the curve when we can do this shit : pic.twitter.com/2BSlZJobQh

See what has become of BLACK PANTHER, the movie, in Malaysian cinemas?

Sent by family member via Whatsapp who received it from a friend.

Admittedly! M’sian English is no more better than my youngest daughter language when she’s was still toddler though…. 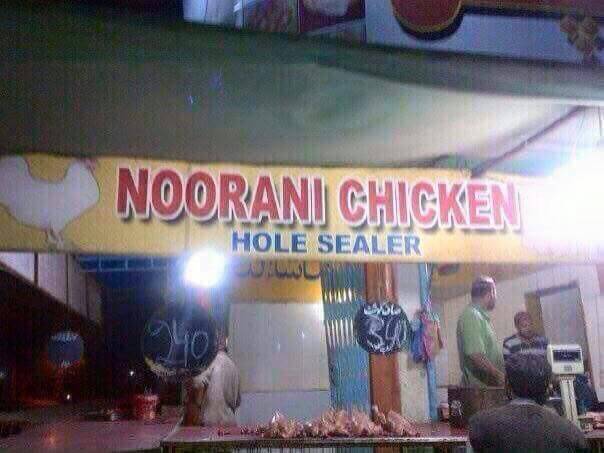 That was the general consensus among politicians and an activist after a photograph of an error-ridden Perak Tourism Information Centre notice went viral and was even reported in a Singapore newspaper.

Stern action must be taken against civil servants and private sector employees who put up public notices with bad English as they reflect poorly on the country, said politicians.

Serdang MP Ong Kian Ming said a senior civil servant should have checked the notice before it was put up, and those responsible should not be dependent on web applications like Google Translate.

“These signs are an indictment not of civil servants per se but of our entire education system,” said Ong, adding that graduates’ poor grasp of English was a common complaint among employers.

A defiant Tourism and Culture Minister Mohamed Nazri Abdul Aziz, however, came to the defence of the Perak Tourism Information Centre.

“It’s not an issue. I’ve seen similar bad English in China and Thailand. It did not stop tourists from going there. In fact, they are ahead of us.

“We are in tourism, not in an English language class. We only need good hospitality and being a welcoming host to all tourists,” he said.

Meanwhile, a new year greeting with poor English from the Petaling Perdana District Education Office has also been making the rounds on social media.

It reads: “Happy New Year 2018. New Year begin, let us pray, that it will be a year with new Peace, New Happiness, and abundance of all, May Almighty bless your through out the new year.”

Happy New Year!! We hope that we have left Bad English behind us…

IPOH: The City Council says it will take action against the person responsible for an error-ridden notice that was put up at the Perak Tourism Information Centre here.

The notice, which was pasted on a glass door, was intended to inform the public about the centre’s temporary closure. The sign has since gone viral on social media due to its numerous grammatical errors.

The notice reads: “Sorry for the complementary, we are closing for the temporary, Saturday 30/12/2017 and Sunday, 31/12/2017 because we had an unexpected problem within with our networking and air conditioner issue. We are sure that we are been operated on 2nd Jan 2018. Tq”

Ipoh Mayor Datuk Zamri Man said investigations found that the notice had been written by an employee at the centre.

“We need a detailed explanation on how such an incident occurred.
.

MAHB in a statement posted on its Facebook page today, said the red bunting that featured the airport operator’s logo, was immediately removed upon discovering the error last night.

“We wish to assure you that this does not involve any other airports,” it said.

A photo of the bunting went viral on social media, resulting in criticism from netizens who were disappointed over the typo and grammatical error.
Read more at https://www.malaysiakini.com/news/406472#suBqu4X3TzsRzDjo.99

Merry Christmas to the Christian community. May this Christmas bring you and family love, joy, peace and hope.
.

Like Loading...
This entry was posted in Uncategorized and tagged mary xmas, merry xmas. Bookmark the permalink.