Arrested: Man accused of hiding in female toilet to record videos of women

On Wednesday, a 30-year-old man was arrested for allegedly filming women in the ground floor toilet at the NTUC Income Tampines building. Details of the incident circulated on Facebook in a now-deleted post, which had photos of the man believed to be the perpetrator.

The police confirmed they were alerted to the case of criminal trespass and insulting the modesty of a woman at 1am that day.

According to the Facebook post, put up by an unnamed netizen in her late 20s, the man was caught red-handed by her and her two female friends. He claimed to have deleted their videos, but they still demanded for his phone and nabbed him when he tried to flee, Stomp reported.

The woman explained that the suspect’s phone was filled with over 10 clips of girls undressing in the toilet cubicle. His response was to apologize non-stop and, strangely enough, even wish them “merry Christmas”, The Straits Times said.

Describing the incident as “traumatizing”, the victim went on to warn other females to watch out for their surroundings, especially in empty toilets.

PETALING JAYA: A cook was today fined RM7,100 by the Magistrate’s Court for filming his housemate and possessing pictures of the woman bathing naked.

He was charged with possessing the victim’s nude pictures in his mobile phone under Section 292 of the Penal Code which carries a maximum penalty of three-year imprisonment and a fine.

For the second offence, he was accused of committing insulting behaviour by recording a Filipino woman, who was a restaurant worker, while she was taking a bath.

The second charge was framed under Section 14 of the Minor Offences Act 1955 which carries a maximum penalty of RM100 and six months’ jail term.

The court ordered Ong to pay fines of RM7,000 and RM100 for the first and second offence, respectively.

Woman, kids horrified as man masturbates in front of them

He tells the woman, ‘Thank you, I love you,’ after the incident at pizzeria in George Town.
.

GEORGE TOWN: A mother has claimed a man masturbated in front of her and her two young children at a restaurant on China Street Ghaut here on Sunday.

Vevelyn Tan, 33, an expatriate from the Philippines, described in detail her ordeal when she, her husband, 42, and two children, aged six and three, arrived at the restaurant for a pizza.

The restaurant is inside the Penang Science Cafe, a state government-backed public space for all to cultivate interest among Penangites about science, technology, engineering and maths. It also has a playing area for children.

Tan said at 11.25am, a man wearing a black singlet, white pants and a beanie cap came into the restaurant and began loitering nearby.

While her husband was away from the table ordering food at the counter, the man came behind her chair with his pants down.

“I was so focused playing with my son that I was startled when the guy came close to me.

“When he saw me looking, he said: ‘Thank you, I love you.’
.
Tan said the cafe’s owners were kind enough to help her contact the police and helped her view the CCTV footage of the man.

She said, unfortunately, most of the footage of the man was blurred, with the view obstructed by walls and other objects.

“We stayed at the cafe until about 1pm, waiting for the police to come.

“But, unfortunately, it was a Sunday and the policeman told the cafe manager and the science cluster (on the phone) that since the criminal was not in the premises, they will not pursue the matter,” Tan told FMT.

An Italian man was lucky to escape serious injury after a drinking glass he had shoved up his anus for pleasure shattered.

The unnamed patient, believed to be from Milan, told doctors he put the object up his bottom for ‘sexual stimulation’.

But when he tried to remove the 8cm by 6cm drinking vessel, it broke and sharp pieces of glass were left scattered inside him.

He eventually sought medical help two days later when he became worried about his safety – despite being in no pain. 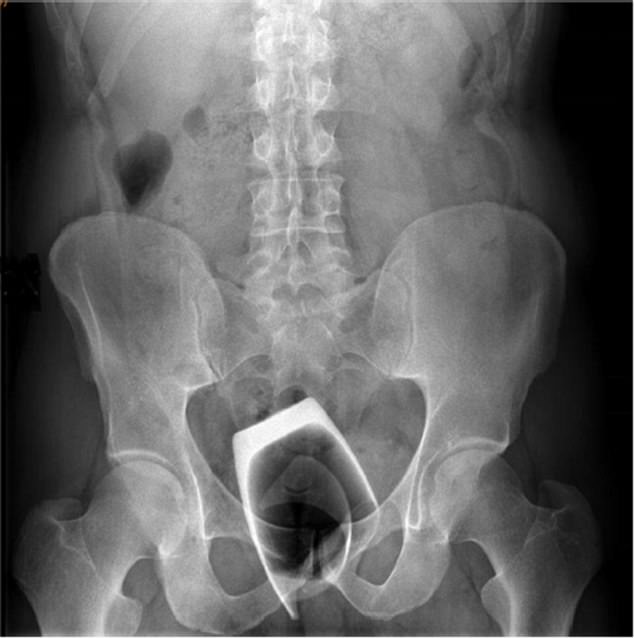 X-rays confirmed the presence of glass in his rectum, which appeared with the bottom-side facing up, experts wrote in BMJ Case Reports.

KUALA LUMPUR: Perverts are now installing hidden cameras in places where a potential victim would least suspect to indulge in their voyeuristic fetishes.

MCA Public Services and Complaints Department chief Datuk Seri Michael Chong said such gadgets can be installed within a light bulb or a key chain but with technological advancements, a spy camera can even be installed within a clothes hanger.
.
“In the latest case, a group of university students who were on a study-break trip in Gombak lodged a police report after they realised a hidden camera with a micro memory card was installed in a hanger at their homestay.

“The incident took place on Wesak Day eve, after one of the girls from the group found a camera hidden in the hanger attached to the toilet wall.

“The victim realised this after the hanger detached from the wall and broke,” he added.

Chong advised women to be on their guard especially in places where they would be alone as they would not know who could be watching them.

He also lamented the light sentences given to Peeping Toms who were caught and said that a more severe punishment could act as a deterrent.

“The perpetrators get off too easily and so they are not afraid,” he said.

He also cautioned employers to keep an eye on their employees as any invasion of privacy would ultimately be their responsibility.

Chong also urged people to employ some simple tips to check whether there is a hidden camera in a room.

“One of it is by switching off all the lights in the room and to look for a small dot of red or green light that blinks, which could indicate the presence of a camera.

“Another way is by using a hidden camera detector which is easy to carry around as the device would emit a sound when it detects a hidden camera in the vicinity,” he said.

Man gets bashing for filming up woman’s skirt

People at a farmer’s market spotted the man secretly filming using a tiny video device attached to his shoe and linked to his mobile phone.
. 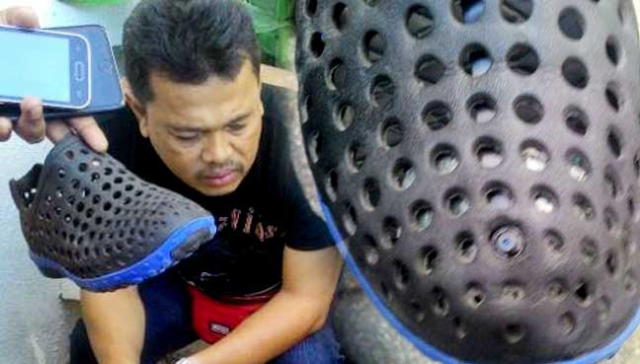 ALOR SETAR: A 39-year-old man was given a severe beating by a crowd after he was found secretly filming up a woman’s skirt using a small digital device.

Kota Setar district police chief ACP Mohd Rozi Jidin said the incident occurred at 9.30am at the farmers’ market in Jalan Langgar here, where the victim was buying kuih at one of the stalls.

“The victim was unaware of the suspect’s action when he put his foot underneath her skirt near a stall until she was notified by the public.

“People who saw the incident started to beat up the suspect after they found a small digital camera attached to his shoelaces that could record video and was directly connected to his iPhone 6,” he said in a statement today.

He took the lift together with a woman, 33. He masturbated and ejaculated on her back. When she found a semen stain. she lodge a police report.

The CCTV had recorded everything. 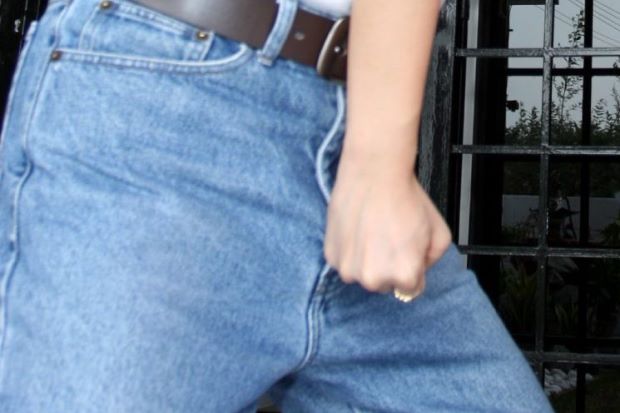 Mohamad Syahrul Azizi Shah Fri, 27, was charged with committing the offence on the 33-year-old victim, a government employee, in a lift at Tasik Height Apartment at 7.50am on March 16.

KUALA LUMPUR, March 20 — A van driver was charged in the magistrate’s court here today, with committing gross indecency on a woman inside a lift at the Bandar Tasik Selatan flat here, four days ago.

Upon conviction of the offence under Section 377D of the Penal Code, Mohamad Syahrul Azizi is liable to be imprisoned to up to two years.