KUALA LUMPUR, April 19 — Listing on Putrajaya’s Sebenarnya.my website does not automatically mean a news item is false, a minister explained after an Al Jazeera documentary appeared in the government’s “fake news” checker.

Communications and Multimedia minister Datuk Seri Salleh Said Keruak said the news portal has also introduced a category for “viral” news or items that merited some form of government response, as was the case with the Doha-based news outlet’s documentary alleging that Malaysia was home to baby-selling syndicates.

“After one month of launching Sebenarnya.my, we received many feedback from people requesting for Sebenarnya.my to not only post the fake news, but to also consider posting the ‘viral’ news which also have potential to affect the public and national interest, hence the article was posted under the ‘viral’ category which provides clarification on viral issues regarding public and national interests.

“We just started it very recently,” he told Malay Mail Online when contacted.

He further explained that the entry on the Al Jazeera documentary was based on the police and Health Ministry’s clarifications and responses to the allegations contained in the programme titled “Malaysia: Babies for Sale”.
.

When contacted for response regarding the listing of its documentary on Sebenarnya.my, a spokesman for Al Jazeera English said the news outlet takes its editorial independence seriously and stood by the work of its journalists, whom it said provided “exemplary and fair coverage at all times”.

“This investigation is based on months of painstaking research and led to several arrests. Every effort was given for the right of reply to all those mentioned in the programme,” the spokesman added.

The documentary aired in November alleged of a thriving trade in Malaysia where babies were sold, and that doctors and other government officials could even falsify birth certificates to list the adoptive parents as the infants’ biological parents.

In a written March 22, 2017 parliamentary reply to PKR MP Sim Tze Tzin who had asked for confirmation on the veracity of the documentary’s content and the resulting action by the police, the home minister said investigations were carried out under a local anti-human trafficking law and the Child Act.

The home minister had said that eight individuals were arrested following raids on three clinics and four houses, with seven released on police bail and one sentenced to seven months’ jail over an immigration offence of illegally overstaying in Malaysia. 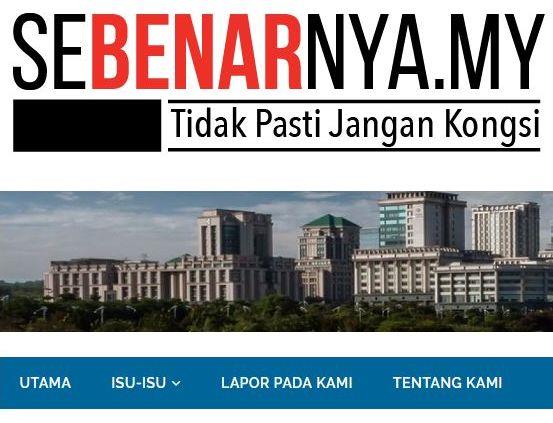 CYBERJAYA: The SEBENARNYA.MY portal was launched Tuesday for the public to check on the authenticity of news spread through social websites.

In his speech at the launch, Salleh said related information would be gathered, analysed, validated and uploaded to the portal for reference by the public regardless of their political background.

He said the MCMC had, until now, identified close to 1,000 false news items of public interest being spread in the country.|.

CYBERJAYA, March 14 ― The government today introduced a new portal that ostensibly allows the public to corroborate information online and control the spread of “fake news”.

The portal named sebenarnya.my (the name translates to Actually in English) was launched at the Malaysian Communications and Multimedia Commission (MCMC) headquarters here today.

The portal is tasked with evaluating issues and reports online and cataloguing these as either “authentic” or “fake”.

The commission will work with other government agencies to verify news, but said it also welcomes submissions from the public.

Communications and Multimedia Minister Datuk Seri Dr Salleh Said Keruak said that the portal is not being launched for the next general election.

“Even opposition parties, if they feel certain fake news is being spread about them, they can submit it to this portal. This portal is for Malaysians, not the government,” he said. 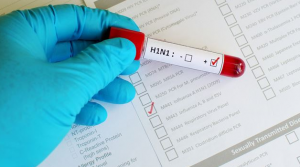