Judicial Commissioner Wong Teck Meng increases the sentence to five months to reflect the seriousness of the offence.

SHAH ALAM: A couple who harassed a Shah Alam City Council (MBSA) enforcement officer last year over a parking summons, will have to spend their Chinese New Year behind bars after the High Court today allowed the prosecution’s appeal to increase the sentences.

Lor Ka Hoo and wife Tan Sit Fun were initially sentenced to two weeks in jail but Judicial Commissioner Wong Teck Meng today said it was inadequate and increased the jail term to five months, to reflect the seriousness of the offence.

“They admitted they prevented the MBSA staff from doing her duty and was aggressive towards her,” Wong said, adding the couple should not have taken matters into their hands by using criminal force to prevent the enforcement officer from carrying out her duties.

“They should have acted calmly during the time and paid the fine,” Wong said.

The court, he explained, must impose strict punishment for offences like this, as being lenient could lead to a more unruly society.

Jan 20 hearing of appeal by couple who harassed MBSA enforcer

The High Court in Shah Alam set Jan 20 to hear an appeal by a married couple who was sentenced to 14 days’ jail and RM3,000 fine for harassing a female Shah Alam City Council (MBSA) enforcement personnel last month.

High Court Senior Assistant Registrar Jackie Marry fixed the date when the case came up before her.

The appeal proceeding would be heard before High Court judge Wong Tek Meng.

He cut their water supply, so they whacked him. (Watch the flying kick!) #Lawless #NoFear

The Attorney-General’s Chambers is seeking a heavier penalty for the couple who harrassed a Shah Alam City Council.

The couple, Lor Ka Hoo 35, and Tan Sit Fun, 30, were on Friday sentenced to 14 days in jail and fined RM3,000 each after they pleaded guilty to using force to prevent a civil servant from doing her job.

They were released on RM2,000 bail each pending their appeal against the sentencing.

Attorney-general Mohamed Apandi Ali said the sentence is “manifestly inadequate” given the gravity of the offence.

“Despite the two accused having pleaded guilty, the appropriate sentence must still be imposed in order to teach (them) a lesson.

“(They must be) made an example to others not to commit such acts,” he said in a statement.

SHAH ALAM: A husband and wife were jailed for 14 days and fined RM3,000 by the Magistrate’s Court here for harassing a Shah Alam City Council (MBSA) officer.

Magistrate P Sarulatha handed down the jail sentence and fine to husband Lor Ka Fun and wife Tan Sit Fun, who both pleaded guilty to a charge under Section 353 of the Penal Code for using criminal force to intimidate Nurul Ain Isa, a public servant from discharging her duty.

The duo committed the offence at a public parking space in Jalan BRP 6/12, Bukit Rahman Putra, Sungai Buloh on Nov 24.

However, the couple asked for a stay of execution pending their appeal against the sentence, which Sarulatha allowed.

They were granted a RM2,000 bail each pending their appeal. 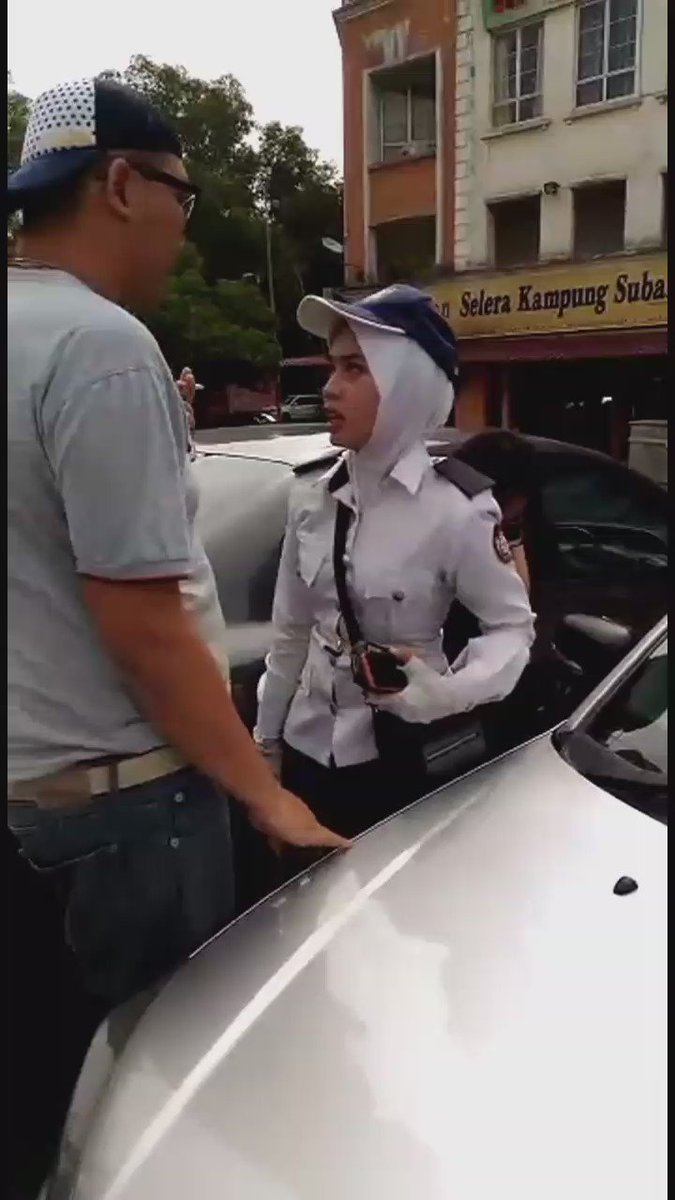 Like Loading...
This entry was posted in Uncategorized and tagged big male bullies MBSA parking attendant. Bookmark the permalink.