This Britisher paedophile came, sexually abused 23 Malaysian children and left. He was caught back in Britain!..

British police said they informed our police in 2014 abt Huckle’s activities. What did our police do?

The Malaysian police have come under heavy fire over its handling of the case involving convicted UK paedophile Richard Huckle. Not only has concern been raised over the fact that Huckle could have abused close to 200 children in the country over a nine-year period without detection, there are also questions over when the Malaysian police were alerted by their UK counterparts about Huckle’s suspected activities.

Malaysian police insist that they were only informed about Huckle by the UK’s National Crime Agency in April this year. They said that the NCA did not provide any information on Huckle’s case because he was on trial in the UK.

This is counter to what NCA itself has said — that it had informed the Malaysian authorities of Huckle’s case in November 2014. Andrew Brennan, the Deputy Director of NCA told reporters following Huckle’s sentencing on 6 June that the British authorities had informed their counterparts in Malaysia of Huckle’s case in November 2014 and had shared “all the information and all of the intelligence” they had on Huckle at that time.”

The Queensland Police’s Taskforce Argos child protection unit had alerted the UK police on Huckle’s activities during an operation targeting the encrypted part of the internet known as the Dark Web. Huckle came under the Australian police’s radar during the unit’s operation targeting online paedophiles.

Malaysian police earlier this week said that they had identified the 23 child victims of Huckle. The police, together with the Ministry of Women, Community and Family Development and the Health Ministry are to work together to provide aid and assistance to Huckle’s victims, according to local reports.

2 years our side couldn’t find anything on Huckle. They were busy busting the arses of opposition, activists & social media loudmouths…

In a country that glorifies underage marriages; marries off girls to their rapist; protects a known paedo, Huckle is just an occurence.

Predator: Richard Huckle posted scores of images online of himself with youngsters in Malaysia

KUALA LUMPUR: Police are taking steps to identify the victims of British paedophile Richard Huckle who admitted to multiple counts of molesting Malaysian children.
.
Federal Police’s Sexual, Women and Child Investigation Division assistant principal director ACP Ong Chin Lan said Bukit Aman had already asked London-based National Crime Agency (NCA) to hand over the details of the case.
.
“So far, the victims have not been identified and the NCA only informed about the incident about one month ago, but no information had been given because the case is still on trial.
.

“We have asked for the information repeatedly and will continue to press them for more information for follow-up action. Hopefully, after the court judgement on Friday, the authorities in United Kingdom can provide us with more information,” she told Bernama today. 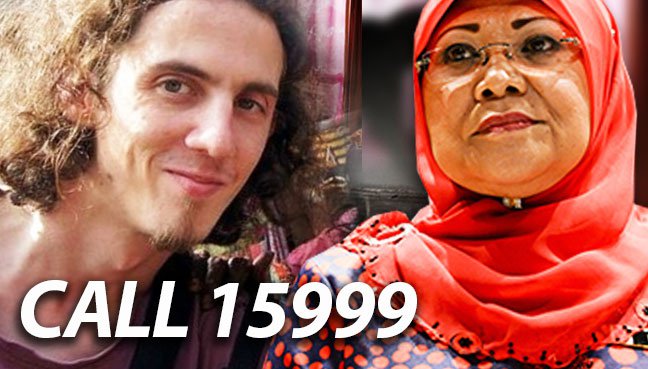 PETALING JAYA: The Women, Family and Community Development Ministry has set up a hotline for those with information on British paedophile Richard Huckle, who is accused of sexually abusing and raping Malaysian children.

Minister Rohani Abdul Karim said anyone with information on Huckle can call the Talian KASIH hotline at 15999.

“I call on the community, including parents and guardians, to work together with the ministry and the various governmental agencies to ensure the safety of Malaysian children.”

Rohani also cautioned the public to be aware of the sensitivities of the victims and families involved.

She also said that the ministry would be collecting information from the agencies involved in the Huckle case before taking action.

Malaysian Immigration has no problems with terrorists, only a child rapist…

Richard Huckle admitted 71 charges – but investigators believe he abused up to 200 victims in poor Christian communities.

One of the most prolific paedophiles ever to have been brought before a UK court is being sentenced.

Richard Huckle, 30, admitted an unprecedented number of offences against children aged between six months and 12 years from 2006 to 2014.

The freelance photographer used religion and an English teaching qualification to gain access to children in an impoverished community in Malaysia.

He raped babies, toddlers and children – subjecting some to abuse over a seven-year period – and shared videos and pictures with fellow paedophiles on the dark web.
…

Grammar school educated Huckle was arrested at Gatwick Airport in 2014 after Australian authorities alerted the National Crime Agency to his crimes.

Investigators found more than 20,000 abuse images on his computer, along with a handbook he wrote advising other paedophiles on how to abuse children and get away with it.
…

According to one charge, Huckle had bragged: “I’d hit the jackpot, a 3yo girl as loyal to me as my dog and nobody seemed to care.”

KUALA LUMPUR, June 2 — After a paedophile admitted in the UK to raping scores of Malaysian children, the local chapter of the UN Children’s Emergency Fund (Unicef) said today that Richard Huckle’s case was only a small part of a much larger global problem of child pornography.

In a statement, Unicef Malaysia said data shows that the trade has been growing over the years and that an estimated two million children across the globe are affected by sexual exploitation every year.

It also revealed that the number of webpages containing child sexual abuse material grew by a staggering 147 per cent from 2012 to 2014, and that girls and children 10-years-old and younger are depicted in 80 per cent of these materials.

This, it added, is despite the existence of numerous legislation and action taken by law enforcement agencies across the world to fight the distribution of child pornography.

“What happens on the World Wide Web is a reflection of society at large,” the group said.

“The recent case of the British national arrested for child sexual abuse and exploitation involving children in Malaysia, is a small part of the horrific trade in child pornography and the extensive scourge of paedophilia around the world,” it added. 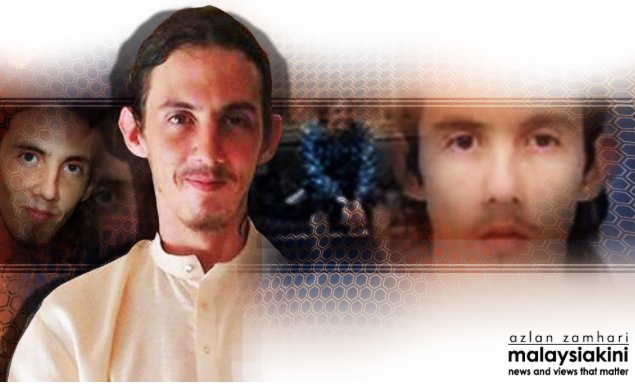 Suspected paedophile Richard Huckle went on a spree abusing at least 23 children from mainly poor communities in Kuala Lumpur, but were the Malaysian police aware of it?

Kulai MP Teo Nie Ching raised this question after UK authorities brought 91 charges against Huckle who admitted to the offences against his victims aged between six months and 12 years from 2006 to 2014.

“While I am thankful that he is now brought to book by the UK authority, I demand explanation from the Royal Malaysian Police on whether any police reports were lodged against Huckle while he was here in Malaysia between 2006 and 2014.

“If indeed police reports by the victims’ families were lodged against Huckle, then the next question will be, what have the police done following the reports?” she said in a statement today.

Teo said the British man was believed to have abused up to 200 children and it was unlikely that this could have gone unnoticed.

“It is therefore hard to believe that none of the parents or guardians of these children had noticed anything unusual and none of them had ever lodged police report against this paedophile.

Teo also urged the Women, Family and Community Development Ministry to urgently seek information from the UK authorities and identify the victims to assist them.

“We must not only provide counselling to the victims, but also ascertain if the parents or the guardians have been negligent in taking care of the children,” she said.
https://www.malaysiakini.com/news/343892 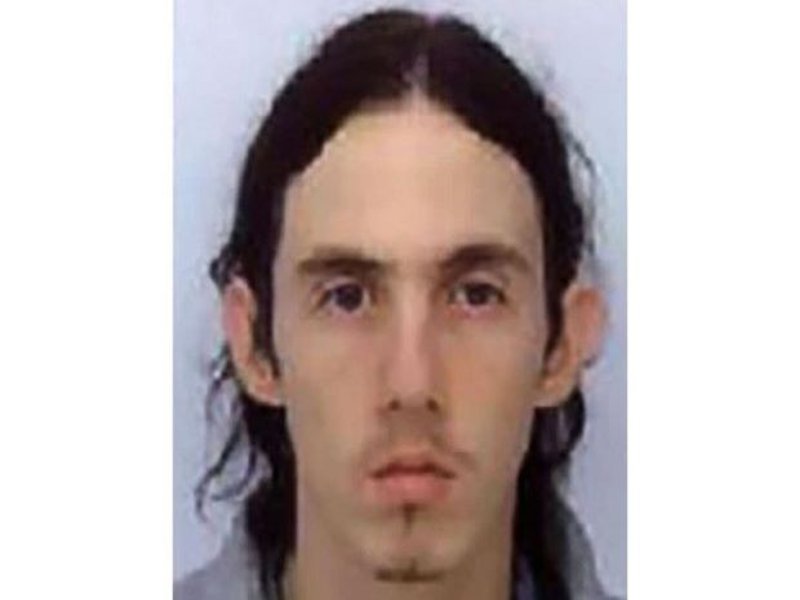 How A Paedophile Who Raped 200 M’sian Kids As Young As 6 Months Was Finally Caught On The Dark Web http://dlvr.it/LSV6qM

A British national has reportedly admitted to charges of sexually abusing children, many of them from the poor communities in Kuala Lumpur.

According to the British news channel BBC, the accused, Richard Huckle, 30, is believed to have abused up to 200 children between 2006 and 2014.

The victims were as young as six months old, and up to 12 years old.

The BBC report today said Huckle is now undergoing sentencing hearing at the Central Criminal Court of England and Wales, United Kingdom, since yesterday. It is expected to conclude tomorrow.

Judge Peter Rook is reported to have said at an earlier hearing that he is considering life sentence Huckle because the charges amounted to “sexual offending of the utmost gravity”.

Huckle faced 91 charges in total, pertaining to 23 children mainly from Kuala Lumpur’s poor, but the freelance photographer admitted to only 71 of the charges. It reportedly took over an hour to read all of his charges at his first plea hearing. 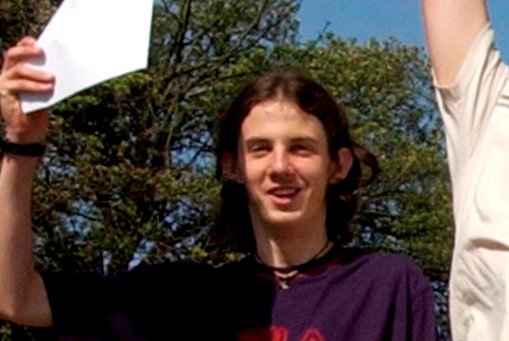 Putrajaya should explain paedophile’s presence in M’sia https://shar.es/1dN7pa  via @sharethis

Deputy minister in the dark on Briton’s abuse of Malaysian kids https://www.malaysiakini.com/news/343855 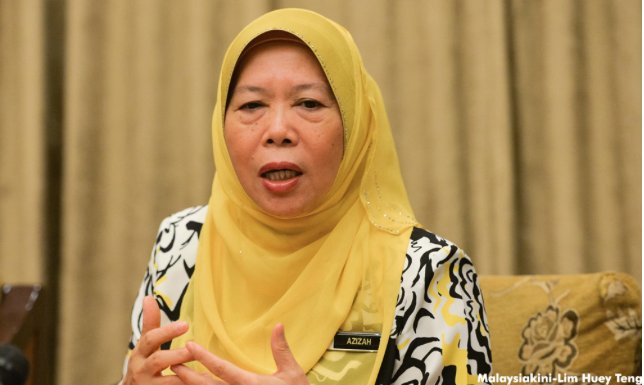 A deputy minister says she is in the dark about the British national who has been charged in court in the United Kingdom for sexually abusing Malaysian children.

Speaking to British TV network Sky News, Azizah said she does not, at present, know anything about the matter and gave her assurance that her ministry will provide help and counselling for the children involved, once their identities are confirmed.

“The prosecution is happening in England and the victims are unknown and so we would of course like to help. That is our duty.

“The victims here, especially if they are Malaysians, we will help. Counselling, for a start, but at the moment we don’t know who they are,” she said.

Are there more paedophiles preying on our kids, asks PKR https://www.malaysiakini.com/news/343856 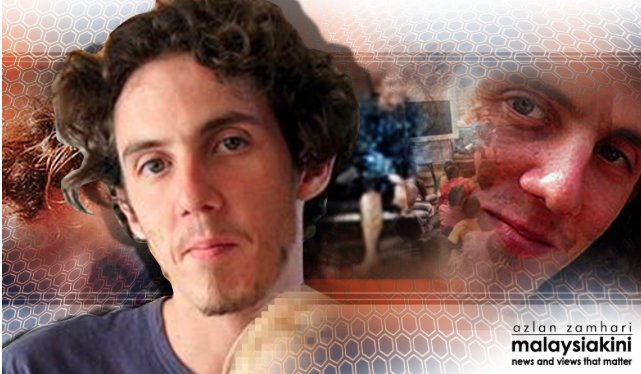 An opposition party has called out the government over reports that a UK national, Richard Huckle, has been sexually abusing Malaysian children since 2005 under their very noses, asking if authorities are now doing anything to detect and prevent further or existing cases.

“What actions and efforts are being undertaken by Putrajaya to identify other paedophiles in Malaysia who may or may not be operating in the same manner as Huckle?” asked PKR in a statement today.

Other than looking into other possible offenders that may be preying on Malaysian children, PKR also wanted to know if both the Royal Malaysian Police (PDRM) and Putrajaya did anything when the case was brought to their attention.

“What actions and efforts did PDRM and Putrajaya take when the UK National Crime Agency (NCA) contacted them about Huckle’s activities in 2014?” the opposition party queried.

PKR also want to know if the Malaysian Immigration Department know that Huckle was on the NCA’s wanted list when he was at the immigration counter at a Malaysian airport, leaving for London in December of 2014?

“If yes, why was he allowed to leave the country?” asked the party.

The power to deny entry into Malaysia by undesirables is accorded by the Immigration Act to the immigration director-general.

Furthermore PKR asked what follow-up actions and efforts are being undertaken by Putrajaya to identify, protect, and counsel Huckle’s victims in Malaysia.

“As the public gains a clearer picture of the extent of Huckle’s vile acts, his victims and their families struggle to regain some sense of dignity and honour to move forward.

Like Loading...
This entry was posted in Uncategorized and tagged Briton raoed babies toddlers and kids in malaysia, crime by foreigner in malaysia, malaysia, paedophile from Britain, Richard Huckle paedophile. Bookmark the permalink.

5 Responses to This Britisher paedophile came, sexually abused 23 Malaysian children and left. He was caught back in Britain!..