Are you among the 1.25 million PTPTN borrowers listed in the Central Credit Reference Information System (CCRIS)?

Blacklisted! Are you one of the 1.14 million Malaysians?

Do you know who works at the PTPTN?

“The problem is not that debtors wouldn’t pay, it’s the process and bureaucracy that make it difficult. I really hope the government and the PTPTN can do something about this so that all the PTPTN loan arrears, which were said to have reach billions of ringgit, canbe reduced.”

You could face difficulty in obtaining loan approval from all financial institutions including for personal loans, credit cards, housing and vehicle.

You could be banned from leaving the country.

Safura said she was also informed by the Immigration officer at the KLIA that hers was not the first case and that many had been ‘forced’ to make the immediate payment of RM1,000 at the airport to unblacklist their names so that they could travel overseas.

Attracted to the offer of 20% discount for debtors for full settlement of their National Higher Education Fund Corporation (PTPTN) loans, Safura Foo decided to pay all her outstanding balance of RM18,449.35 in March 2015.

However, her joy and relief of being a debt-free person lasted only until May this year – when she was stopped at the KL International Airport and was told by the Immigration officer that she was barred from travelling overseas as her name had been blacklisted.

“I was at the airport, ready for my trip to Melbourne, Australia. Imagine my shock when I was told that I cannot travel overseas and that my name has been blacklisted because I still have PTPTN loan arrears of over RM3,000.

“To unblacklist my name, I was asked to pay RM1,000 and due to the urgent situation, I made the payment online.”

However, the former photography student from Segi College still harbours anger and disappointment toward PTPTN. She wonders why she was still in the PTPTN debtor’s category even after she had made full settlement of the loan more than a year ago.

Worse – upon her return from Melbourne, Safura went to the PTPTN office in Kuala Lumpur to seek clarification and was told that she allegedly had arrears of over RM3,000 because ‘the cheque was not cleared’ – an answer she found very disappointing.

“I’m very disappointed. Why is it that, after settling all the payments, the records were not updated and for over a year, I have not received any notification letter or notice?

“I have lodged a complaint about this almost a month ago, but the PTPTN has yet to give any feedback.” 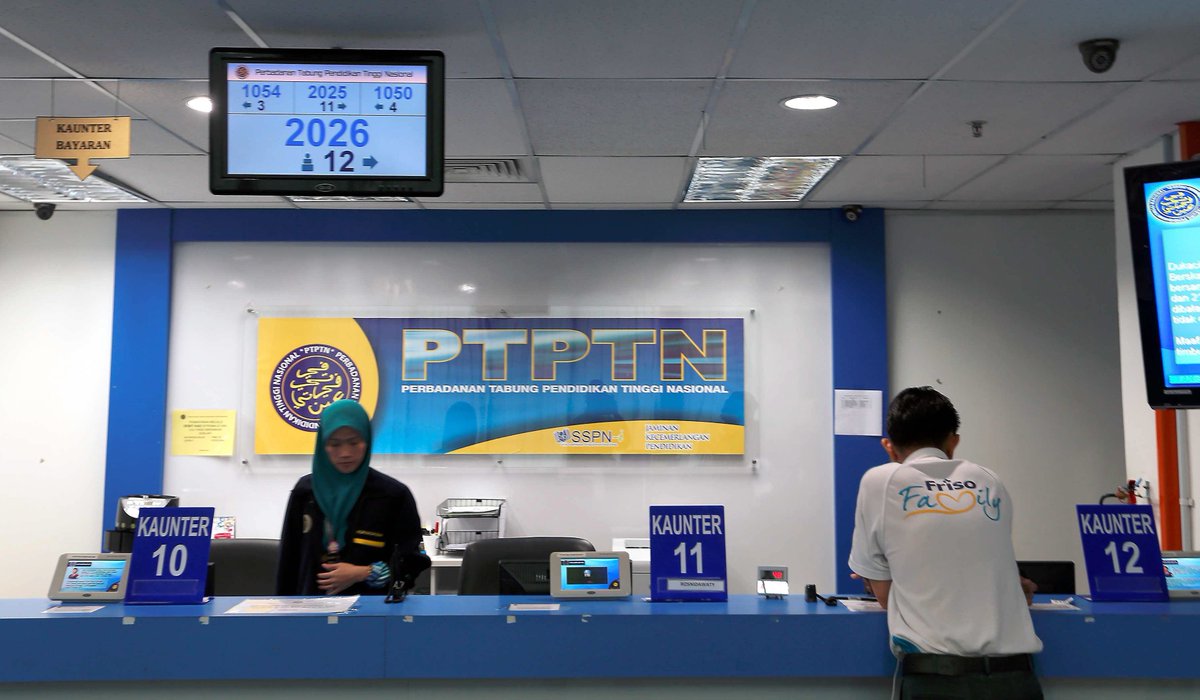 BUKIT MERTAJAM: A total of 1.25 million borrowers who failed to repay their National Higher Education Fund Corporation (PTPTN) loans have been listed in the Central Credit Reference Information System (CCRIS).
.
PTPTN chairman Datuk Shamsul Anuar Nasarah said the hardcore borrowers were not only listed in CCRIS by PTPTN but by numerous other financial institutions.
.
“Some of the borrowers from PTPTN also failed to pay up their loans to other financial institutions. Actually, CCRIS is not aimed at blacklisting the names of the borrowers but to enable other financial institutions to look at the borrowers’ records for credit affairs,” he told reporters after launching the National Education Scheme (SSPN-i) Plus, here, yesterday.
.
He said PTPTN started listing the hardcore borrowers in the information system in stages since June 16 last year aimed at encouraging borrowers to be more disciplined and responsible in repaying loans.
.

He said borrowers who had poor payment record risked difficulty in obtaining loan approval from all financial institutions including for personal loans, credit cards, housing and vehicle.

Through enforcement & debt restructuring, PTPTN repayment collection are getting better.Have you start paying yours?

2 Responses to Are you among the 1.25 million PTPTN borrowers listed in the Central Credit Reference Information System (CCRIS)?