Activists at Palace gates,wanting to pass a memo to the King of Malaysia to set up a royal inquiry on RM2.6bil, 1MDB 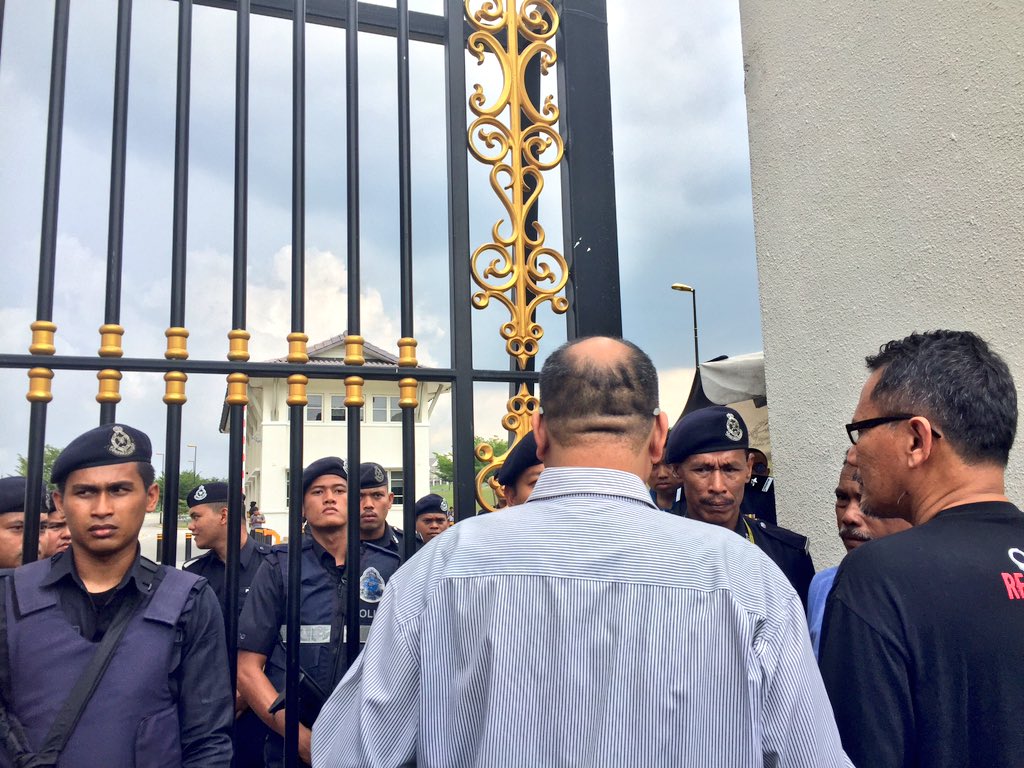 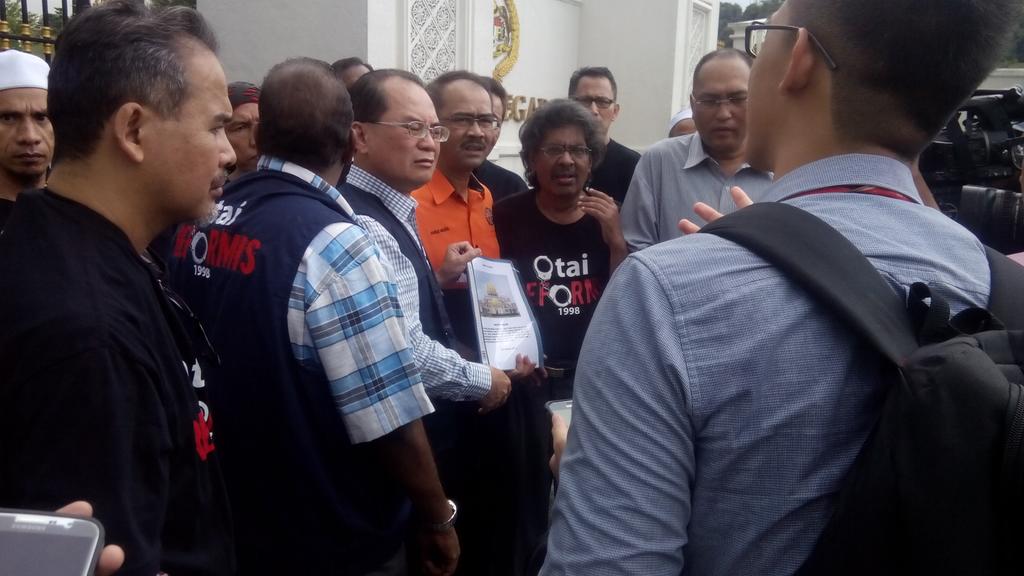 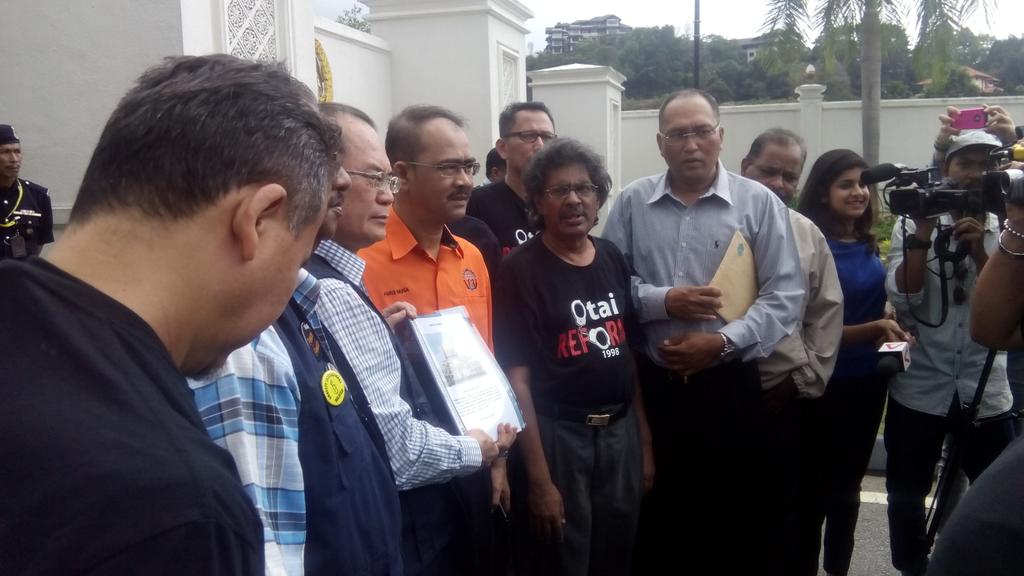 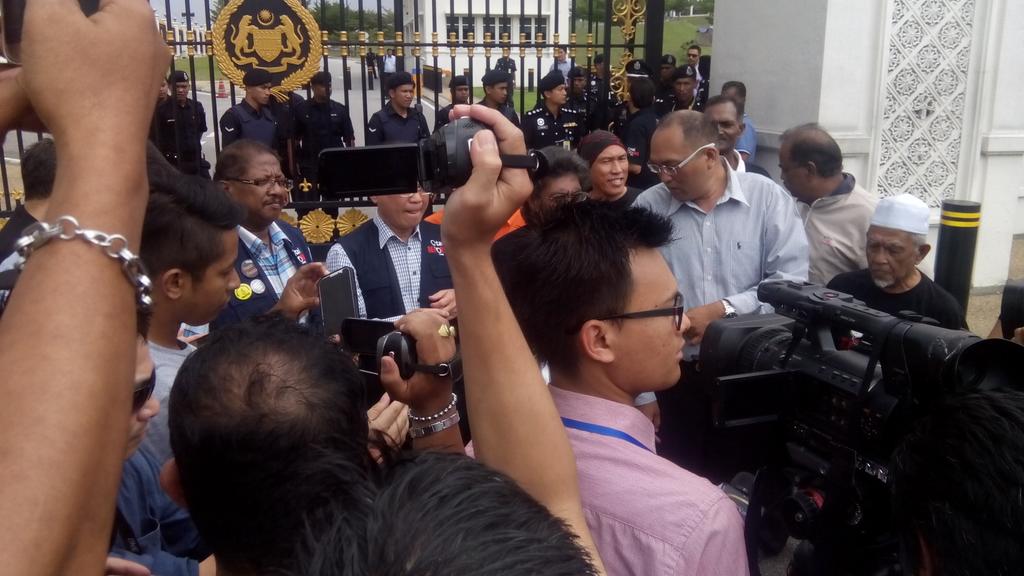 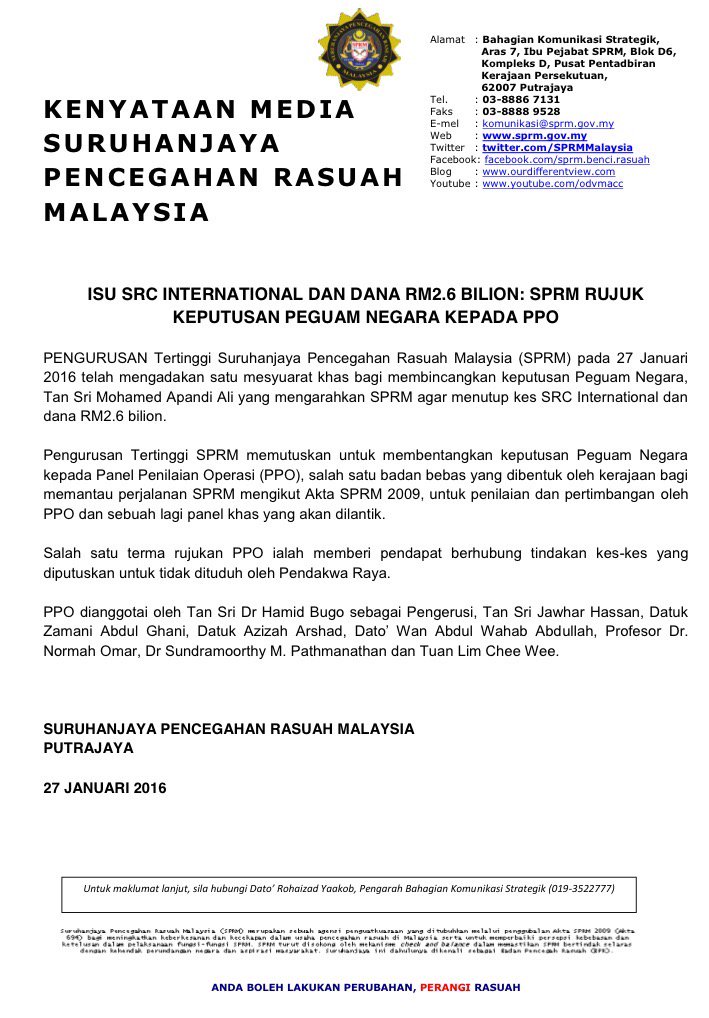 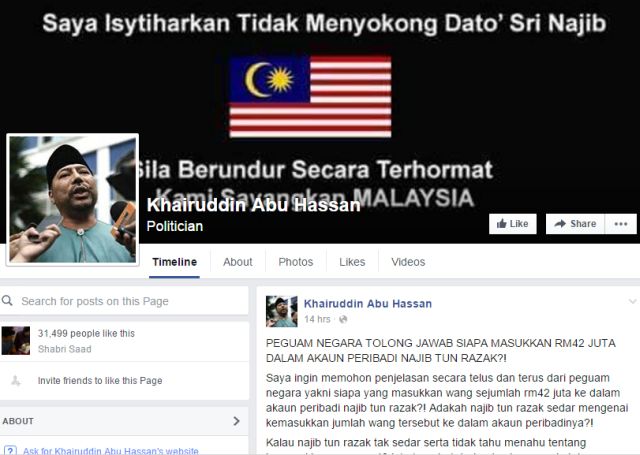 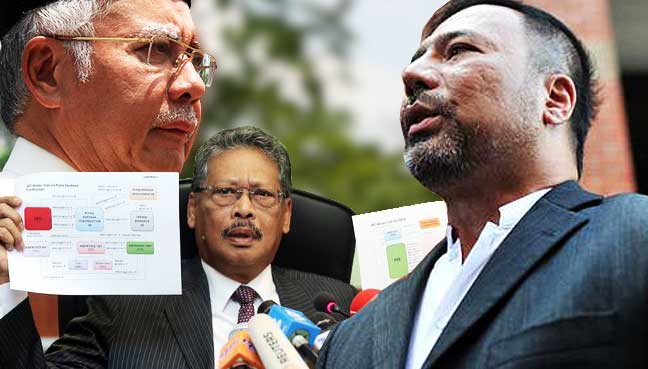 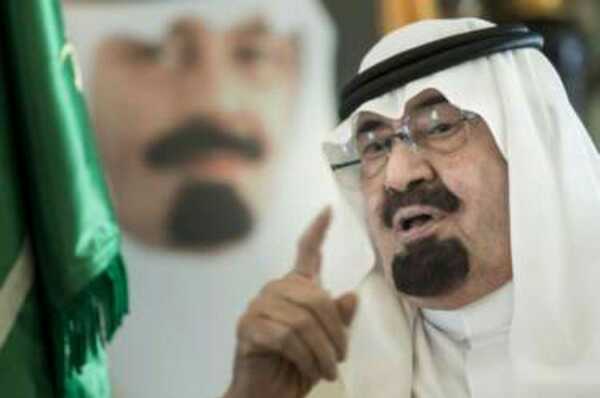 Greg Schlagenhauf and 2 others Retweeted 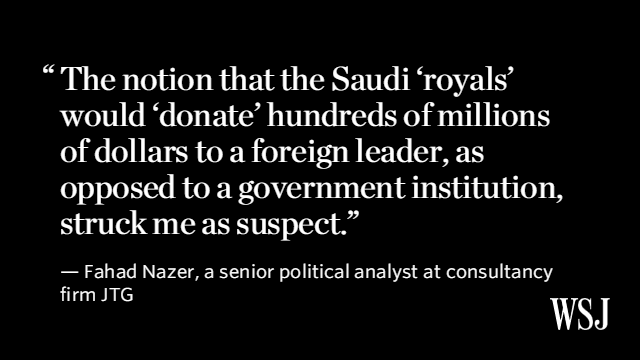 Wan Saiful: Public perception not on Najib’s side

PETALING JAYA: There will be many political ramifications from the latest “file closed” announcement over the donation involving Datuk Seri Najib Tun Razak.

In terms of public perception, this was a no-win situation for Najib despite the Attorney-General’s decision to clear Najib from any wrongdoing, he added.

“Public perception will not be on the PM’s side.

“In fact, many people will say this is an expected decision and they never expected the A-G to make any other decision anyway,” said Wan Saiful in a statement yesterday.

“This is a case that has many political ramifications so a legal solution is unlikely to be the end,” he added.

Saudi ministries ‘in the dark’ about royalty’s donation to @NajibRazak https://www.malaysiakini.com/news/328370 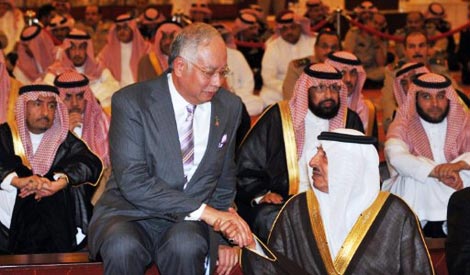 Despite the vast sum involved, Saudi Arabia’s finance and foreign affairs ministries are in the dark about the supposed donation from the Saudi royal family to Malaysian Prime Minister Najib Abdul Razak.

According to The Wall Street Journal (WSJ) today, the two ministries have declined to comment on attorney-general Mohd Apandi Ali’s statement yesterday, but said they have no information about such a donation, which would have been unprecedented.

“A Saudi government official, while declining to comment specifically on the prosecutor’s statement, said the Saudi ministries of foreign affairs and finance had no information about such a gift and that a royal donation to the personal bank account of a foreign leader would be unprecedented.

“Representatives of the royal family couldn’t be reached for comment,” the WSJ report says. 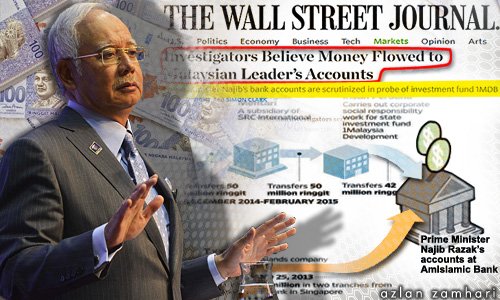 A spokesperson for the Saudi Foreign Ministry said it is looking into the claim that Prime Minister Najib Abdul Razak received a political donation amounting to RM2.6 billion.

According to a report in the Wall Street Journal, the spokesperson said no comments would be provided at the moment.

The donation was said to be made under the kingdom’s previous monarch, King Abdullah, who died a year ago.

Last July, WSJ and whistleblower Sarawak Report had exposed the donation issue based on leaked documents from Malaysian investigators.

Najib also threatened to sue WSJ, but has yet to do so.

…
This morning, attorney-general Mohamed Apandi Ali said there was no grounds to file charges against the prime minister in relation to this case.

He said Najib had also returned RM2.03 billion to the Saudi royal family in 2013.

Apandi said he was satisfied based on evidence from witnesses and supporting documents submitted by the Malaysian Anti-Corruption Commission (MACC) that the original sum transferred between March 22 and April 10, 2013 was a “personal donation from the Saudi royal family given to him (Najib) without any consideration”.

“MACC in their investigation, personally met and recorded statements from witnesses including the donor which confirmed the donation was given to PM personally,” he added.

“I am satisfied there is no evidence to show there was a form of gratification given corruptly.

“Evidence obtained from the investigation does not show the donation was given as an inducement or reward for doing or forbearing to do anything in relation to his capacity as prime minister,” he told a press conference in Putrajaya. 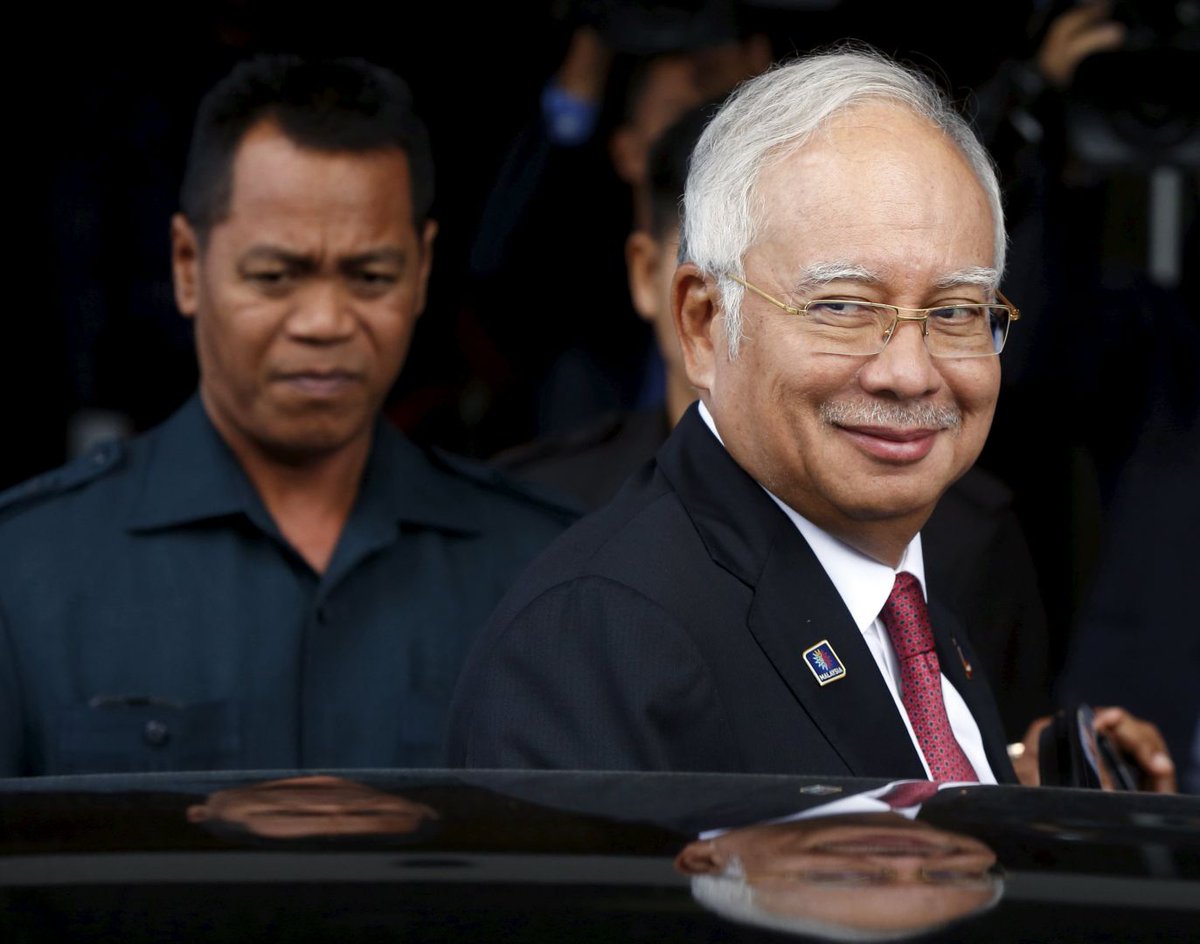 KUALA LUMPUR — Malaysians on Twitter reacted with incredulity to the news of the attorney-general (A-G) clearing the prime minister of any wrongdoing in a RM2.6 billion donation (S$867 million) and over Finance Ministry-owned firm, SRC International.

Twitter users reacted with sarcasm and posed more questions over Mr Mohamed Apandi Ali’s announcement today (Jan 26) that investigations were closed based on the evidence submitted to him.

Another social media user wanted a probe into deputy prime minister Ahmad Zahid Hamidi, who had said in December that there was more than one source for the RM2.6 billion donated to the Umno president.

Ms Paduka Marina Mahathir, using the Twitter handle @netraKL posted: “The point surely isn’t about returning it eventually but about receiving n not declaring it in the first place!”

THE TWEETS HAVE IT…

Pressure??? From Rakyat or from PM who appointed him as AG at the height of investigation? #1MDB #RM2.6bil

I congratulate the AG for his wisdom and apt interpretation of facts. Never bowed to pressure. Always sticking to principle and the law.

Saudi Arabia purchased Malaysia’s Prime Minister @NajibRazak for $681 million. Wonder what they’ll do with him. http://mobile.reuters.com/article/idUSKCN0V408L …

Still got 570mil on @NajibRazak…heuheu

Republic of Sarawak and 2 others Retweeted

The $681m “donation” to Malaysia’s PM was “not illegal”. Najib Razak sails on, from December http://econ.st/1VmVKW1 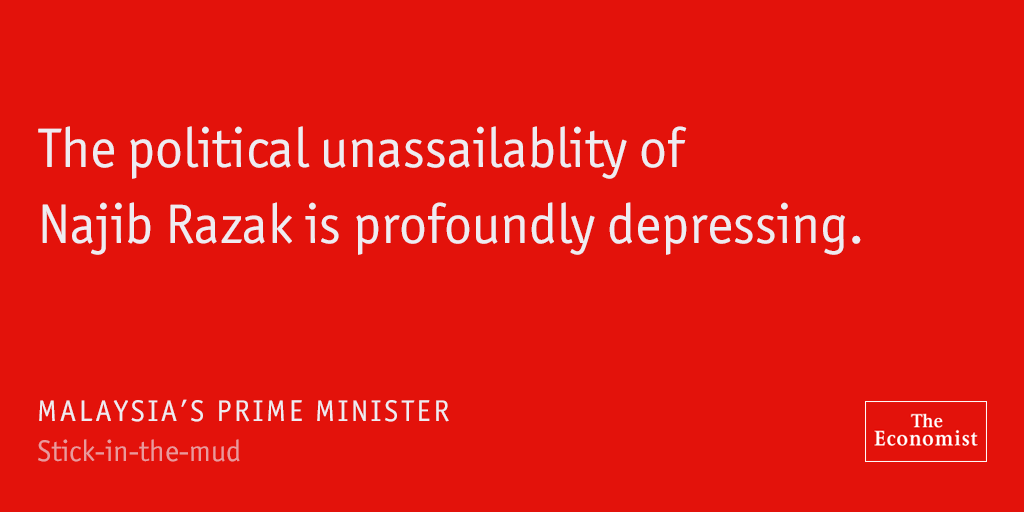 After clearing the PM, Our AG is now a board member of Tabung Haji. Nothing fishy here. 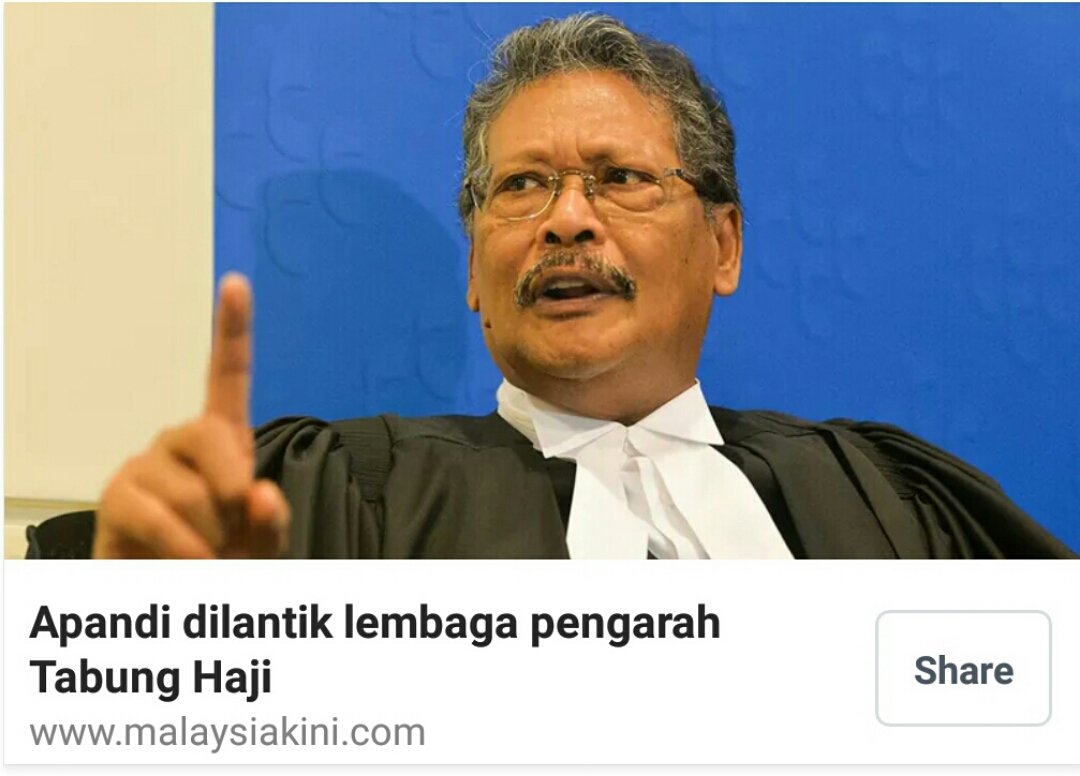 Incidentally, Apandi also made it to the Board of Directors at Tabung Haji. #ThugLife 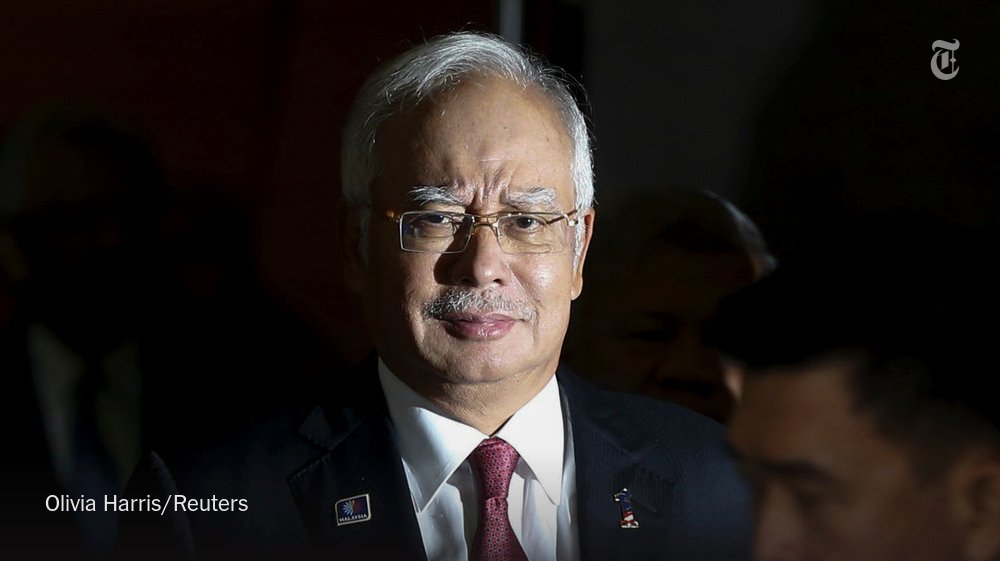