The Department of the Prime Minister, minister for the president of the people of the political parties mah Siew Keong arrived in Subang Air Force Base, after in the airport lounge condolences chiangmai bus overturned the families of the victims of the tragedy.
(Photo: Liu Kim Fu)
‪#‎Today‬ China Press ‪#‎Chiangmai‬ Brigade bus tragedy
Automatically Translated 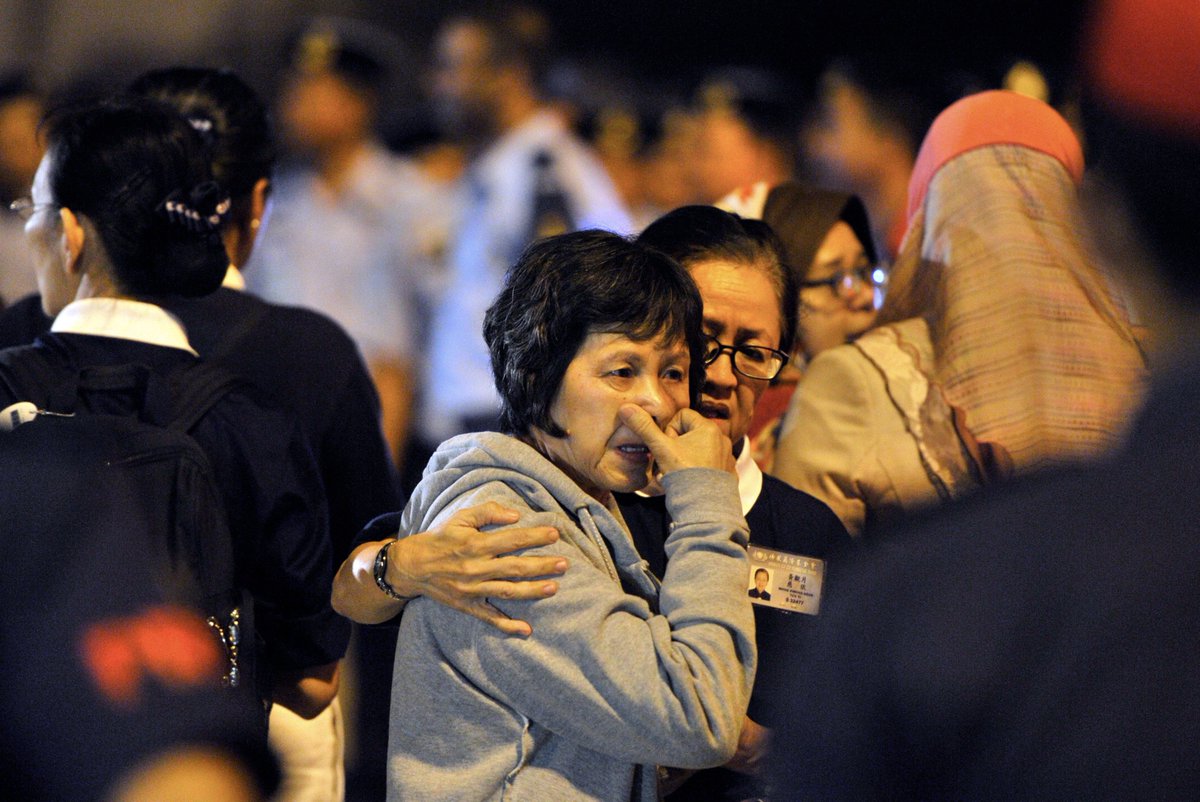 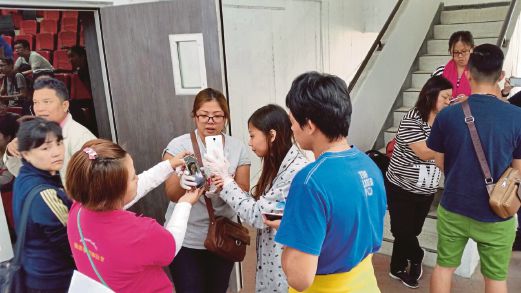 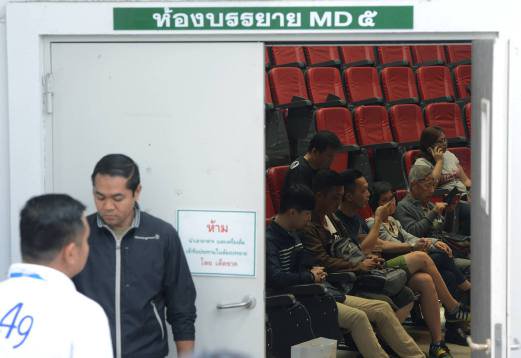 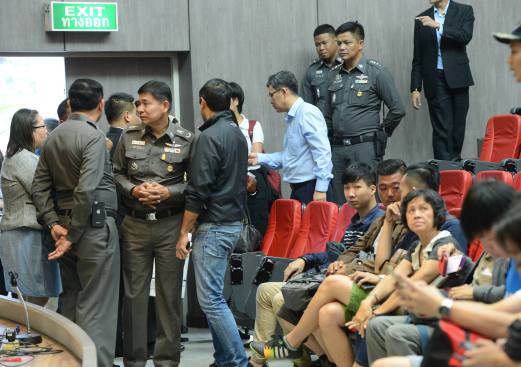 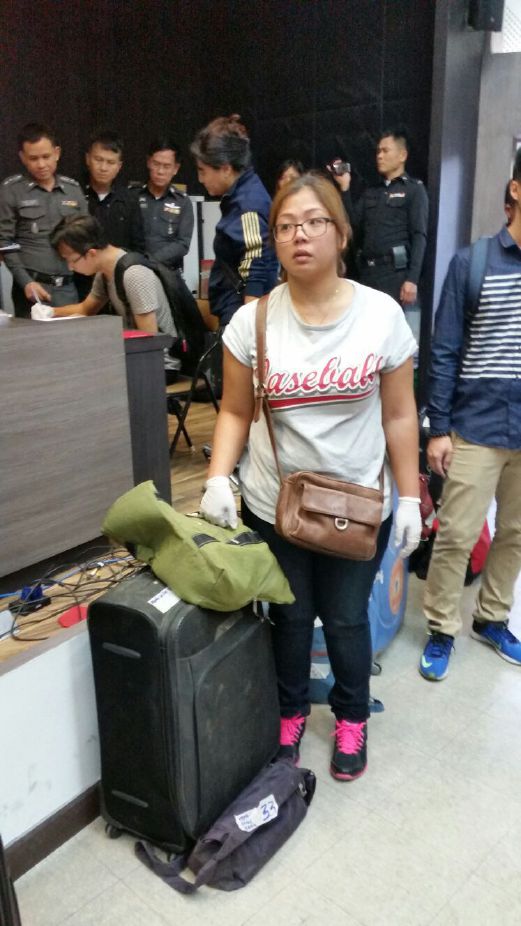 CHIANGMAI: There was immense relief in the eyes of Heng Nuey Feng, having met her mother Lee Siew Kim, although briefly last night.
…
Siew Kim, 61, is among the nine survivors of the Doi Saket bus crash on Sunday and is being treated for head injuries at the Bangkok Hospital here.
…
“I could meet her only briefly, but I’m really glad she’s okay,” said Nuey Feng, 34.
…
“She’s still undergoing treatment at the intensive care unit because there’s some swelling at the back of her head.
…

“Other than that, she could still smile, I could hug her and we chatted for a while. I’m just grateful for that.”

KUALA LUMPUR: Prime Minister Datuk Seri Najib Razak has ordered Malaysian the use of military aircraft C130 to bring home Malaysians who died in the Chiang Mai bus tragedy.
…
Najib on his Facebook page earlier today said Malaysian embassy officials are in the district to provide necessary assistance to victims and their families. 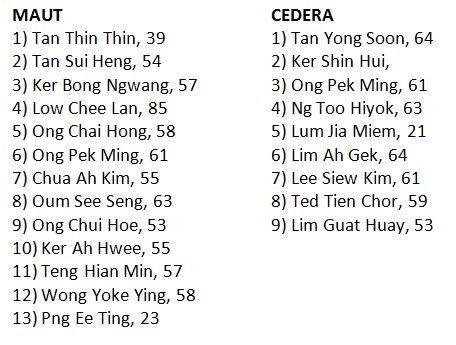 “I was informed that 13 Johoreans from Batu Pahat died in the Chiang Mai bus crash in Doi Saked district, in Thailand, on Sunday.
I would like to extend my condolences to their families at this very difficult time, and I hope that the other passengers are able to return home safely, InsyaAllah.” – Sultan Ibrahim ibni Almarhum Sultan Iskandar, Sultan of Johor.

“I was informed that 13 Johoreans from Batu Pahat died in the Chiang Mai bus crash in Doi Saked district, in Thailand, on Sunday.
I would like to extend my condolences to their families at this very difficult time, and I hope that the other passengers are able to return home safely, InsyaAllah.” – Sultan Ibrahim ibni Almarhum Sultan Iskandar, Sultan of Johor.” I have been notified that 13 citizens than Batu Pahat Johor has passed away on Sunday and then, in Chiang Mai, because involved in an accident and incidents involving a bus in the province of doi saked, Thailand.
I want to send condolences to the victim s’ families are involved when this sad time, and I hope the other passengers are safe in our own house, God-willing.” – Sultan Ibrahim ibn the late Sultan Iskandar, SULTAN JOHOR.‪#‎sultanibrahimofficial‬
‪#‎sultanjohor‬
‪#‎luaskankuasamu‬
‪#‎jdt‬
‪#‎muafakatbangsajohor‬
‪#‎royaljohor‬
‪#‎sultanjohordanrakyatberpisahtiada‬ 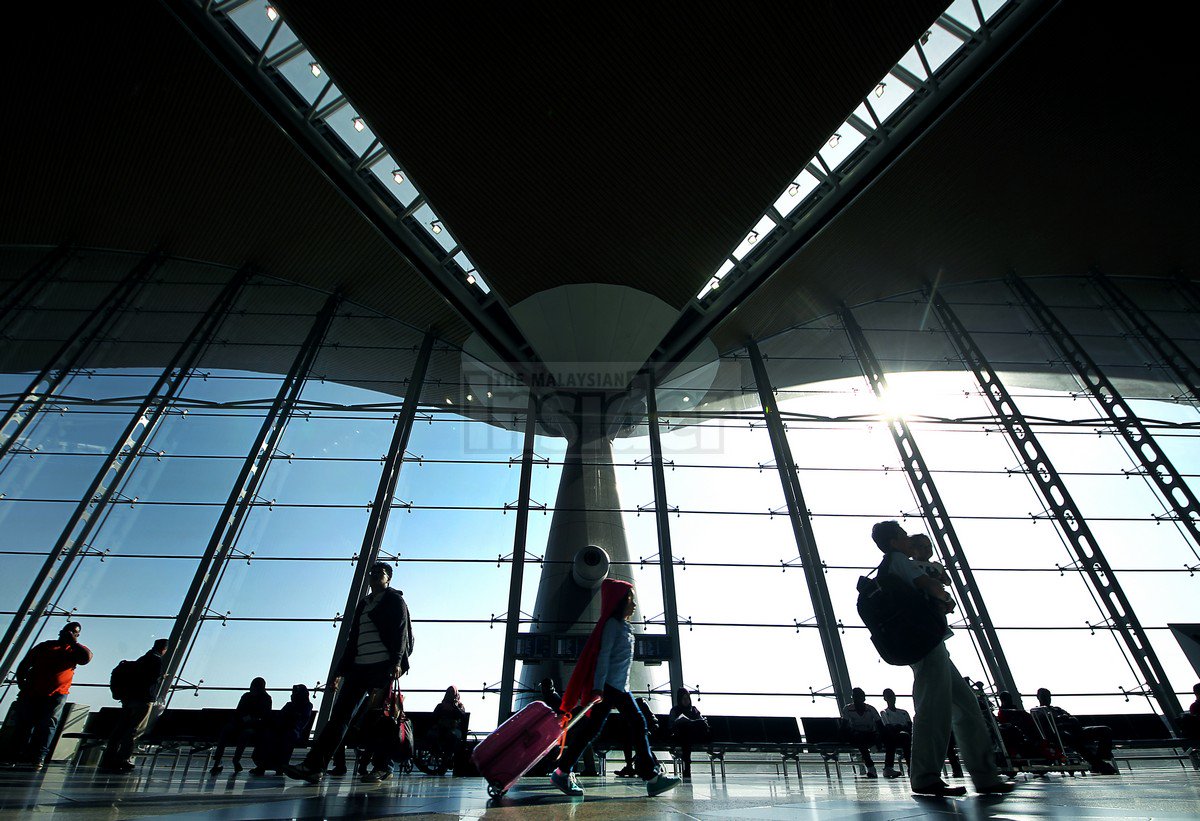 Looking solemn, they registered in as a group without saying much.

One of them who declined to be named, said her brother-in-law (Ker Ah Hwee, 55) was one of the 13 who had perished in the incident.

“We will head to the hospital in Chiang Mai to make the identification, and arrangements for the remains and other matters,” she said when met.

She said the family came to know of the incident from the Internet and  contacted other close relatives.

“The tour agent also contacted my brother-in-law’s family,” she said.

BATU PAHAT: A family of six were among the victims of the Chiang Mai bus crash incident, four of whom died including an 85-year-old, the oldest member of the tour group.

Low Chee Lan was on holiday in Chiang Mai with her second son Tan Yang Soon, 64, and as her youngest daughter Tan Sui Heng’s family when their chartered bus crashed into another vehicle before hitting a power pole and plunging into a ravine on Sunday.

Yang Soon survived the incident but his eldest daughter Tan Thin Thin, 39, was not as lucky.

His sister Sui Heng and her husband Ker Boon Kwang, 57, were among the deceased but their daughter Ker Shin Hui, 28, escaped with injuries.
…

He said that the company is currently liaising with the insurance company to helped out the victims as well as their next-of-kin.

“Before they went to Chiang Mai on Dec 17, they already took travel insurance as it is important as well as a norm for our travel company. 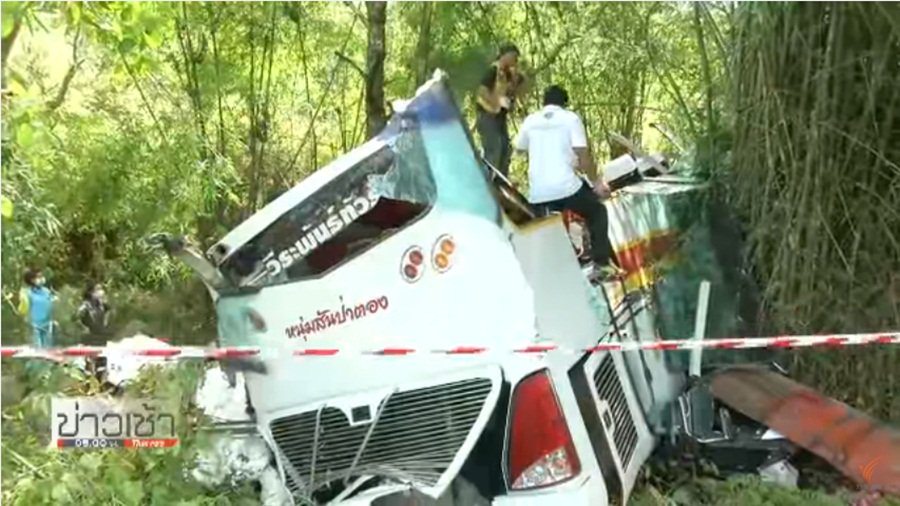 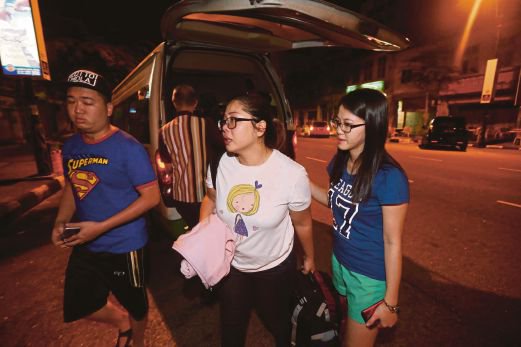 I, on behalf of weeks Travel Ltd most saddened to inform everyone in the mood of Chiang Mai in a car accident has already confirmed the deaths of thirteen people, including our leader. The remaining nine survivors in Chiang Mai, respectively, four hospitals for treatment. The first time we have already been communicated to all the families.

Our Manager, Melissa, and a colleague will be with the families of the victims together tomorrow to fly to chiangmai do proper arrangements.

Please pray for our deceased, for the survivors of blessings.

Thank you everyone in our most difficult time for your concern and condolences.

Yang-Style Howe
The General Manager of the week tourism

With deepest regret and great sadness, I would like to announce that we lost 13 group members in the Chiangmai accident including our tour leader, 9 survivors are still receiving treatment in 4 different hospitals in Chiangmai. We have informed all next of kin with the latest development and will continue to do so.

Our manager, Ms Melissa together with another colleague will accompany family members to fly to Chiangmai tomorrow.

Let us all pray for the departed and send our wishes to the survivors.

Thank you for your wishes and concern during our most difficult time.

13 Malaysian-Chinese tourists killed in an accident in Chiang Mai http://goo.gl/e3cnau 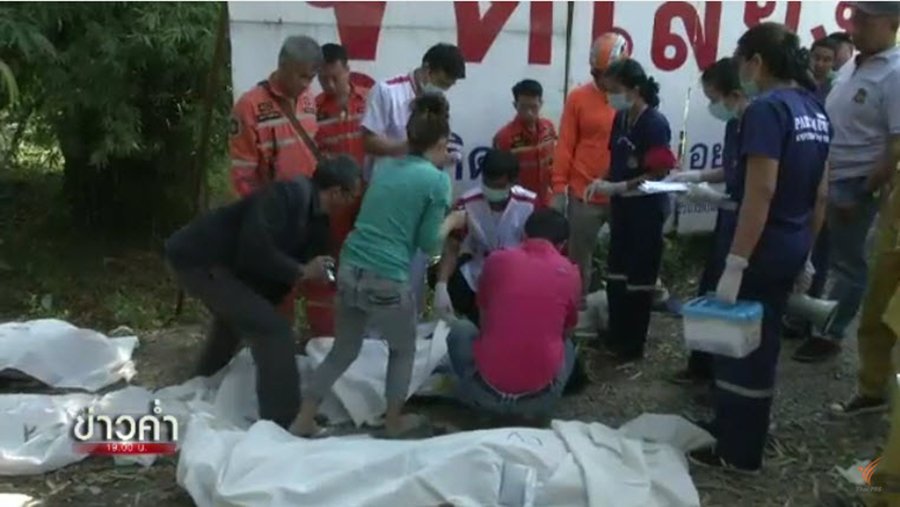 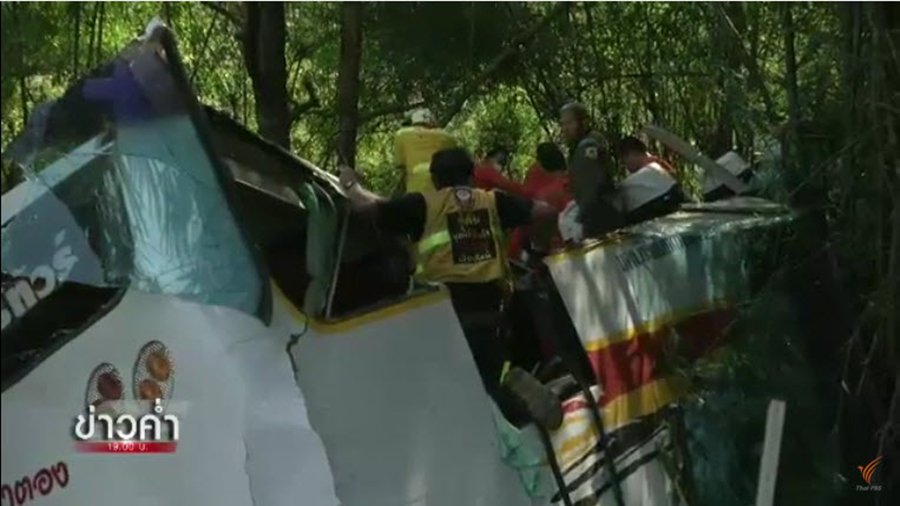 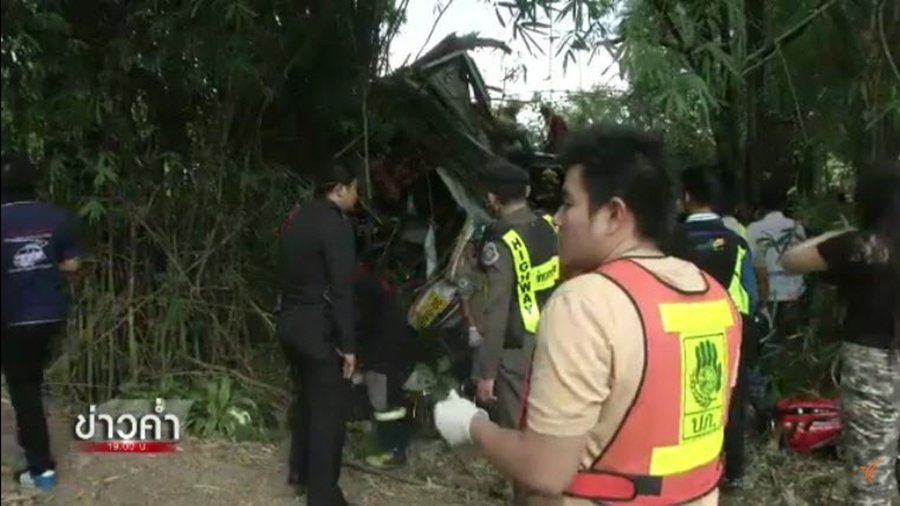 As of 4.00pm (malaysia time) today Sunday, 20th December 2015, we received sad news that the transportation vehicle of our Chiangmai Tour Group departed on 17 Dec 2015 was involved in an accident and overturned. We have verbal confirmation from Thai authorities of 11 deaths and the rest are injured. All injured parties are currently at 5 hospitals in Chiangmai and we are trying to get the name list of the injured group members from our Thailand representative.

Please rest assured we will be updating all families regularly.

We will be extending full assistance for all families in this matter.

13 Malaysian-Chinese tourists killed in an accident in Chiang Mai http://goo.gl/e3cnau 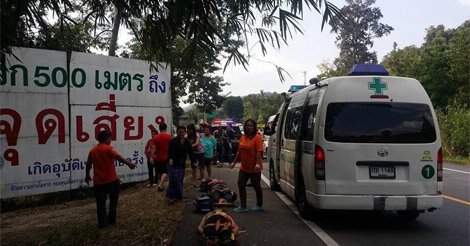 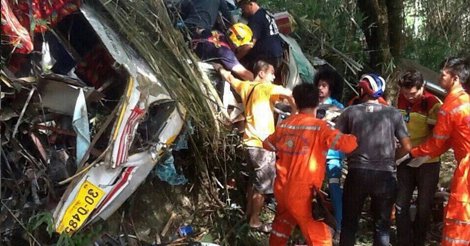 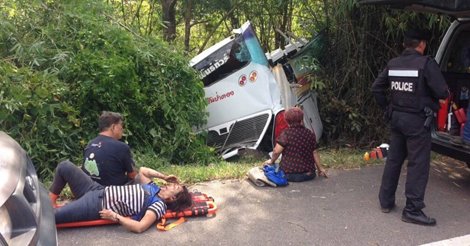 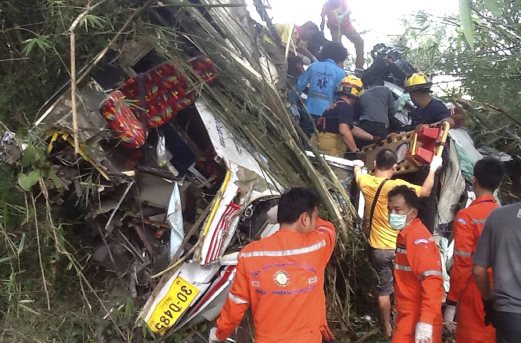 KUALA LUMPUR: Thai police have confirmed that 13 Malaysians were killed in the horrific bus crash in Thailand earlier today.
…
Malaysian ambassador to Thailand, Datuk Nazirah Hussain said in the latest report, 13 Malaysians were killed in the incident 12.20pm incident.
…
“Nine others were injured including four, who sustained serious injuries,” she said.
…
Nazirah said the Thai police have yet to disclose the list of victims. 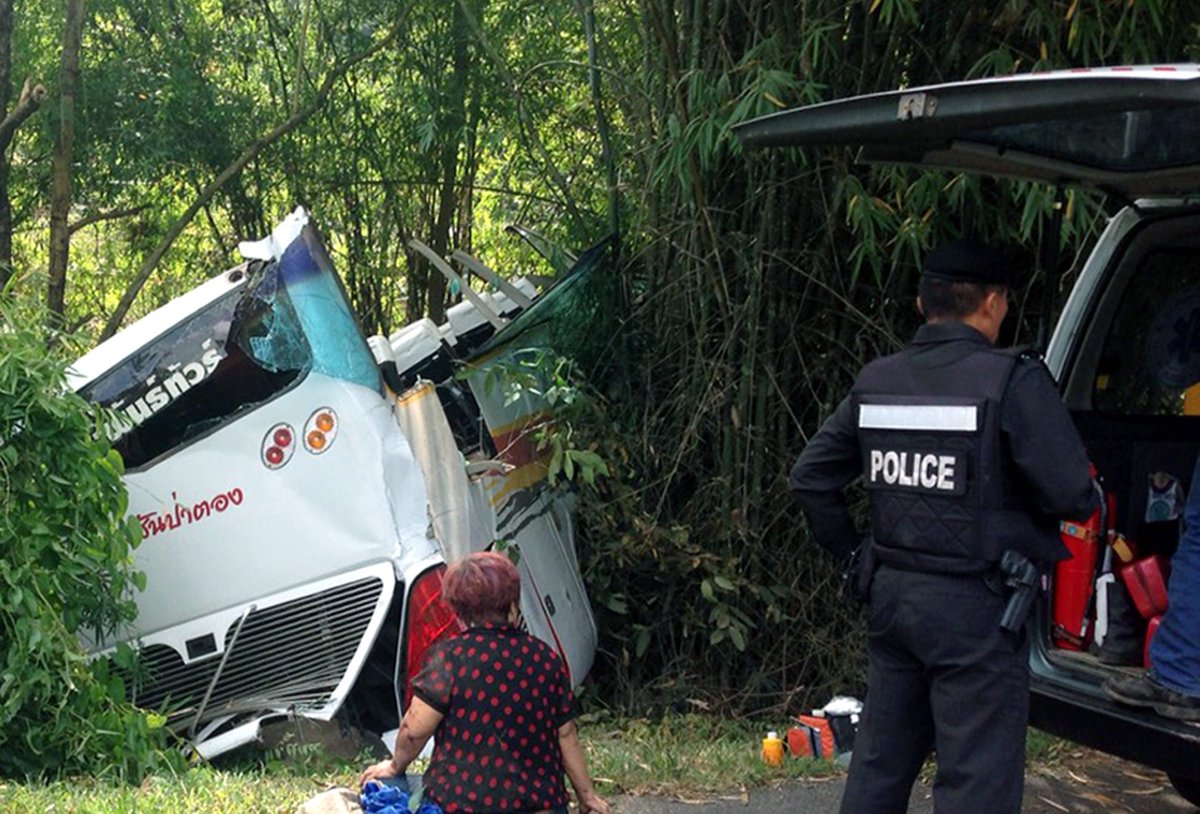 PETALING JAYA:  At least 13 Malaysian tourists were killed and many others injured when their bus hit a power pole and ran off a mountainous road in Chiang Mai’s Doi Saket district at 11.30am on Sunday.

Police said the bus was running on national highway No 118 through Ban Pang Fan village between Chiang Mai and Chiang Rai provinces in the North when the driver lost control at the 43th kilometre.

Rescue worker Uthai Pollaharn said the bus was fleeing after colliding with a car in the Danmae Kajan area of Chiang Rai. The driver of the car, Krissana Fongdawirat, was not hurt, so he chased after the bus and alerted police only to find that it had crashed.

When the bus arrived at the area, it hit another car before skidding off the road, rammed the pole and slammed into a big rock and trees.

Police found the bus severely damaged. Rescue workers used tools and equipment to cut parts of the vehicle to get to the dead and injured victims.

Nazirah said Thai police will not be able to release details of the victims tonight after the investigations were completed.

Nazirah said in the incident at Doi Saket district, the bus with 22 Malaysians collided with a Nissan truck just after noon. Four others are in critical condition and another five sustained other injuries.

Besides the Malaysians, the bus operated by Weerapan Tour was carrying three other passengers, a tour guide, a bus conductor and the driver, identified as Somporn Bualuang, 58, police said.

Like Loading...
This entry was posted in Uncategorized and tagged 12 malaysians killed in chiangmai bus crash, CHIANGMAI BUS ACCIDENT. Bookmark the permalink.