Posted on December 5, 2015 by weehingthong

How to SURVIVE a terrorist attack!

IS threatens The White House and New York City.

THE THREAT TO THE WHITE HOUSE AND NEW YORK CITY SHOULD NOT OBSCURE THE FACT THAT ALL OF THE UNITED STATES OF AMERICA IS VULNERABLE.

Smaller cities and towns are the most vulnerable.

IS sympathizer shoots a police officer in US http://www.newsroompost.com/268288/sympathizer-shoots-police-officer-us/?utm_source=dlvr.it&utm_medium=twitter … 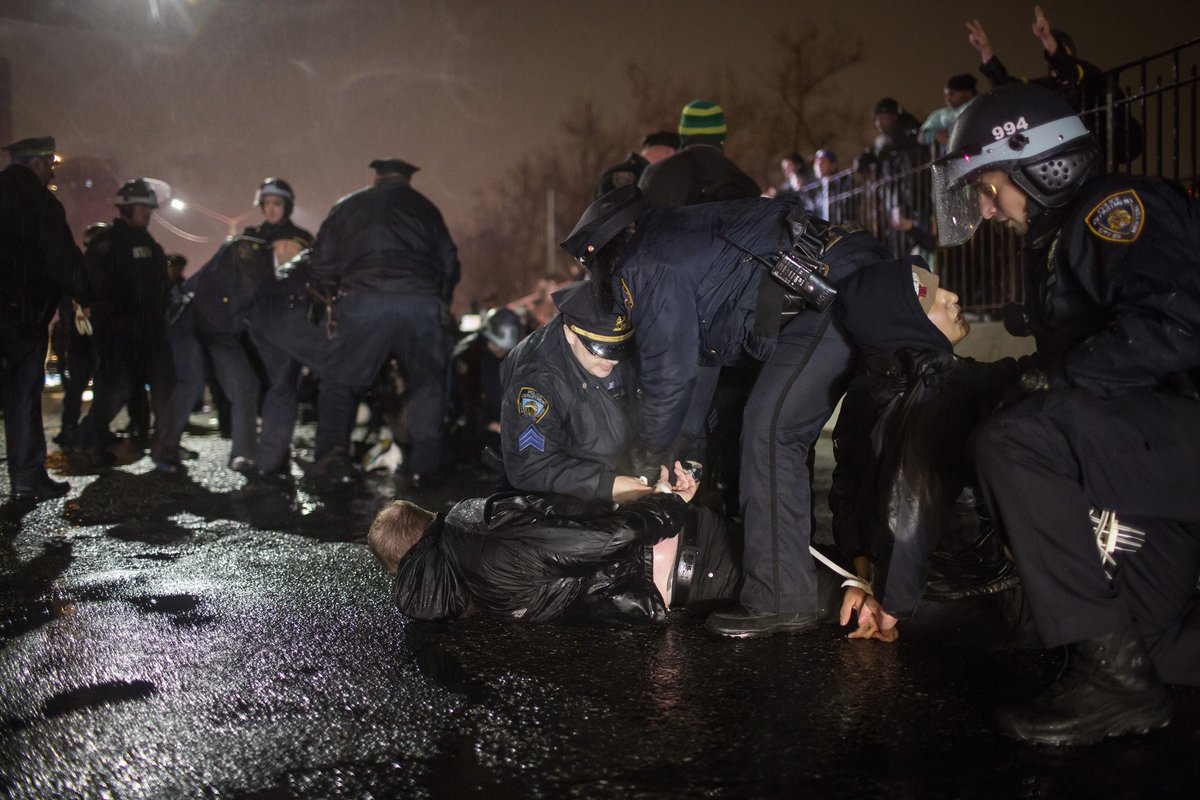 Police officer Jesse Hartnett, 33, was hit three times in the arm as he sat in his patrol car when the 30-year-old ISIL-sympathiser opened fire at point-blank range using a weapon stolen from police in October 2013.

The suspect, 30-year-old Edward Archer, was arrested soon after firing some 13 shots at the cop, who was inside his patrol car, with a gun stolen from the home of another member of the Philadelphia police in October 2013.

During his interrogation, the shooter “confessed to committing this cowardly act in the name of Islam” because, “according to him, he believed that the police defend laws that are contrary to the teachings of the Quran,” Police Commissioner Richard Ross told a press conference.

A #gunman who shot and wounded a police officer in #Philadelphia said he is #IS sympathizer http://xhne.ws/Ixr4x 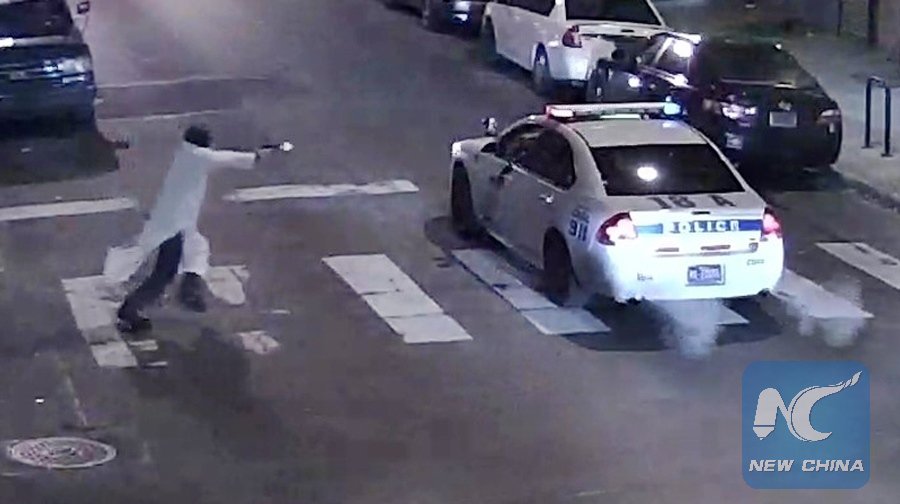 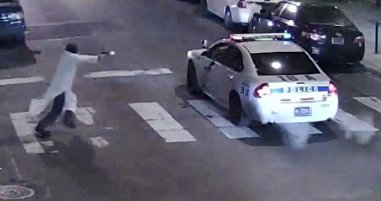 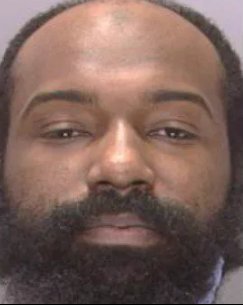 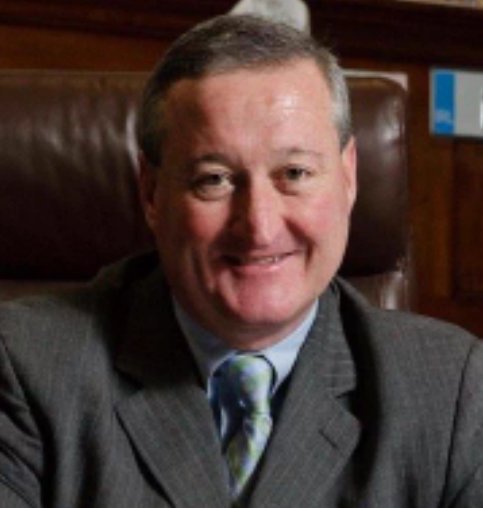 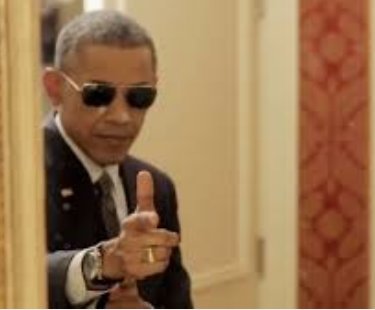 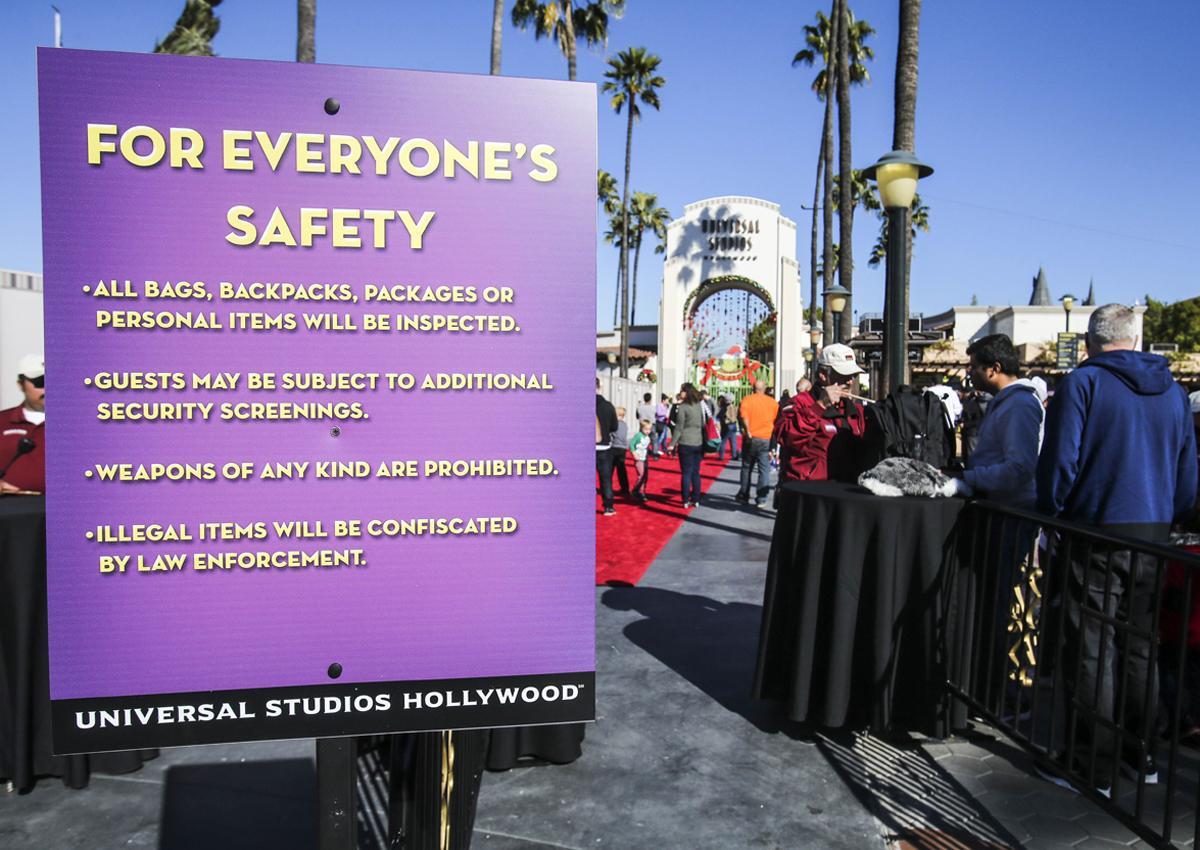 Disney and Universal Studios are among several popular US theme parks boosting security measures, including a ban on toy guns and installing metal detectors, they said Thursday.

It reflects heightened tension in the United States following attacks in San Bernardino and in Paris, as well as regular mass shootings in the country.

Disney said it had added metal detectors and police officers at its parks in Florida and California and was bringing in specially trained dogs to patrol key areas.

In addition to the ban on toy guns, it said its stores would discontinue the sale of such items and anyone over the age of 14 will not be allowed into the parks wearing a costume.

“The measures are not based on any particular incident or event but on the current heightened state of awareness,” Suzi Brown, spokeswoman for Disney parks, told AFP. 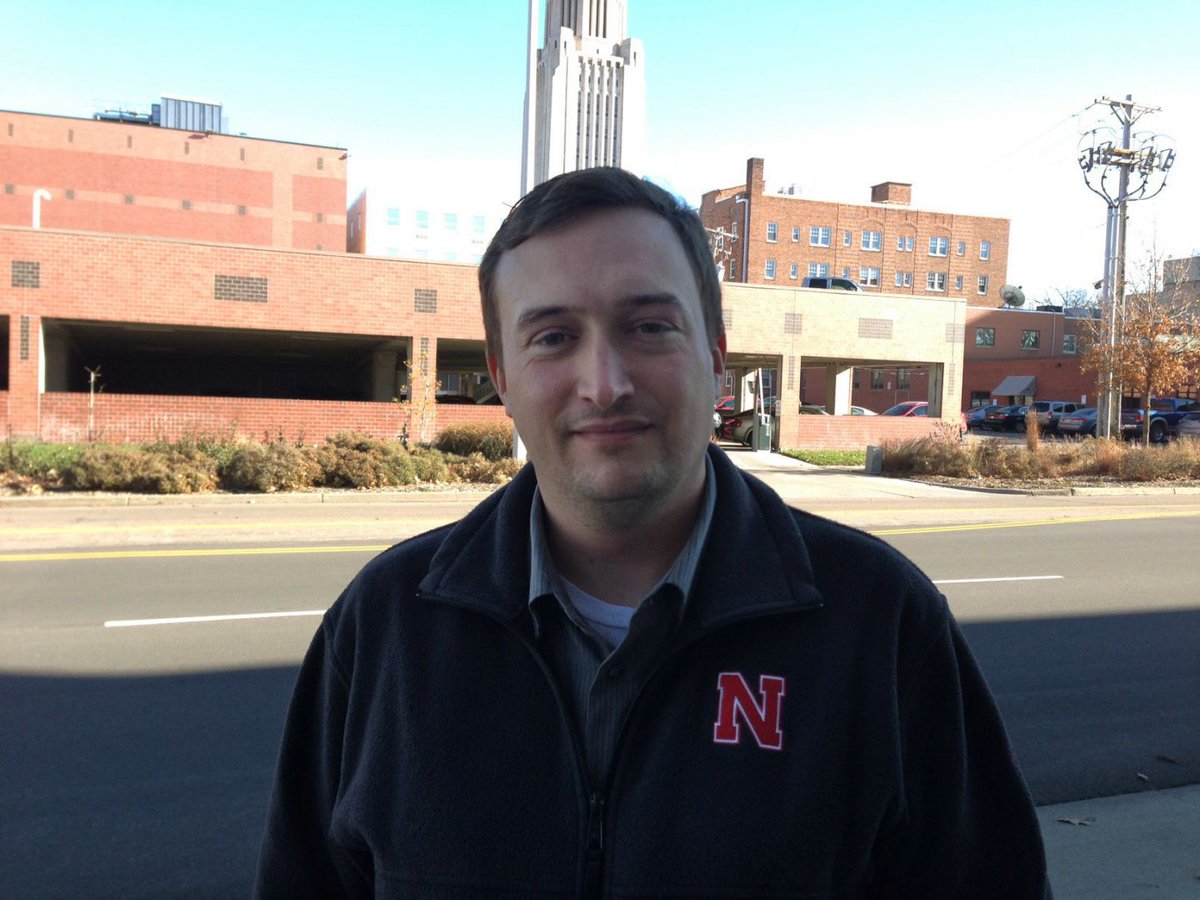 HOOVER (Alabama) — Anita Jefferson didn’t know much about San Bernardino, California, before the apparent terror attack there. The West Coast town is nearly the exact same size as her hometown of Birmingham and hardly a high-profile target like New York or Paris.

Now, she finds herself worried about the possibility of an attack at a location like the suburban shopping mall where Jefferson works at a food kiosk for the Christmas shopping season. A place that’s public but, unlike stadiums and other venues, has relatively lax security.

“You’d think they’d go to a larger place, but a smaller place may be easier,” said Ms Jefferson, 62.
…

If there could be a terror attack at a social services centre in San Bernardino, why not suburban Alabama, or downtown Louisville, Kentucky? The bloody massacre made it all too obvious for some Americans that big cities with marquee names aren’t the only potential targets.

“I can honestly say I don’t feel as safe,” said Tim Harrington, 50, of Jacksonville, Florida, while touring a museum in Louisville.

There is plenty of security at the suburban Birmingham mall — “and they’re awesome”, said Lindsay Alexander, 18, who also works there and feels safe. But her comfort level isn’t what it was a few days ago.

“It could happen here,” said Ms Alexander. “They could just pick something random.”

ISIS has claimed responsibility for the San Bernardino massacre that left 14 dead http://dailym.ai/1Qm1fnG

ISIS announced on radio that the couple were followers of the terror group.

U.S. government sources have said that there is no evidence the attack was directed by the militant group, or that the organization even knew who the attackers were.

The FBI is referring to the attack as an ‘act of terrorism’.

The first photograph of the Muslim mother-turned-killer, Tashfeen Malik, 27, who carried out the savage attack emerged on Friday.

Attorneys representing the couple’s family, Mohammad Abuershaid and Daniel Chesley, shed further insight into Malik’s life saying that she wore a burka, didn’t speak to male relatives and her in-laws had never seen her face.

At a press conference on Friday the attorneys also revealed that the Muslim couple met through a marriage and dating website some time in 2013 and wed in California the following year.

The FBI announced Friday that it is investigating the mass shooting as an act of terrorism but said they did not believe the Muslim couple were part of a larger plot or members of a terror cell.

If the investigation confirms those initial suspicions, the attack would be the deadliest inspired by Islamic extremism on U.S. soil since September 11.

While authorities did not cite specific evidence that led them to the terrorism focus, a U.S. law enforcement official said that Malik, had under a Facebook alias pledged allegiance to the Islamic State group and its leader al-Baghdadi.

A Facebook official said Malik praised Islamic State in a post at 11am Wednesday, around the time the couple stormed the Inland Regional Center where staff were enjoying a holiday party and opened fire. The profile was quickly removed from public view and its contents reported to law enforcement.

David Bowdich, assistant director of the FBI’s Los Angeles office, said on Friday that the shooters attempted to destroy evidence, including crushing two cell phones and discarding them in a trash can.

The FBI chief also had established that there were ‘telephonic connections’ between the couple and other people of interest in FBI probes. 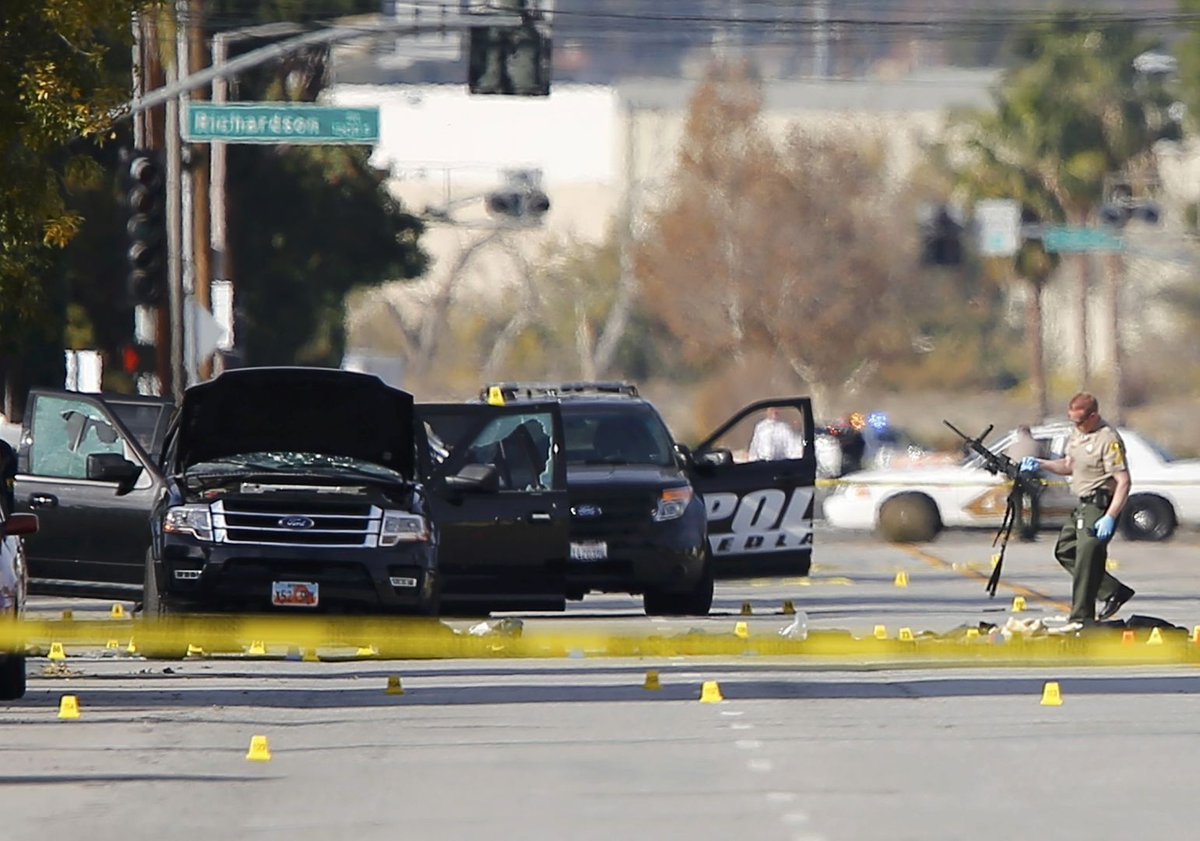 SAN BERNARDINO — Two years ago, Tashfeen Malik was a new bride radiating beauty and happiness at a reception for hundreds at a California mosque to celebrate her marriage to Syed Rizwan Farook.

Yesterday (Dec 4), people attending prayers at the same mosque struggled to reconcile their memories of that happy event with news that Farook, 28, and Malik, 29, killed 14 people in a shooting rampage Wednesday in the city of San Bernardino. Both died in a later shootout with police, and the FBI is investigating the massacre as an “act of terrorism.”

Malik was brought to Southern California from Saudi Arabia by Farook. A native of Pakistan, she appears to have left a less visible footprint here than her US-born husband, who had a public sector job and family here. They left behind a 6-month-old daughter.

“She was a beautiful lady. She was very happy that night,” said Ms Nasima Nila, 31, who attended the reception at the Islamic Centre of Riverside. “She was a new bride.”

She was also very quiet. Attendees recalled that at the celebration, where women and men were separated, Malik quietly sat on a couch on the women’s side of the mosque and said little other than thanking community members for their congratulations and answering simple questions if asked, Ms Nila said.

She was speaking English that night, community members recalled, and mostly interacted with relatives. 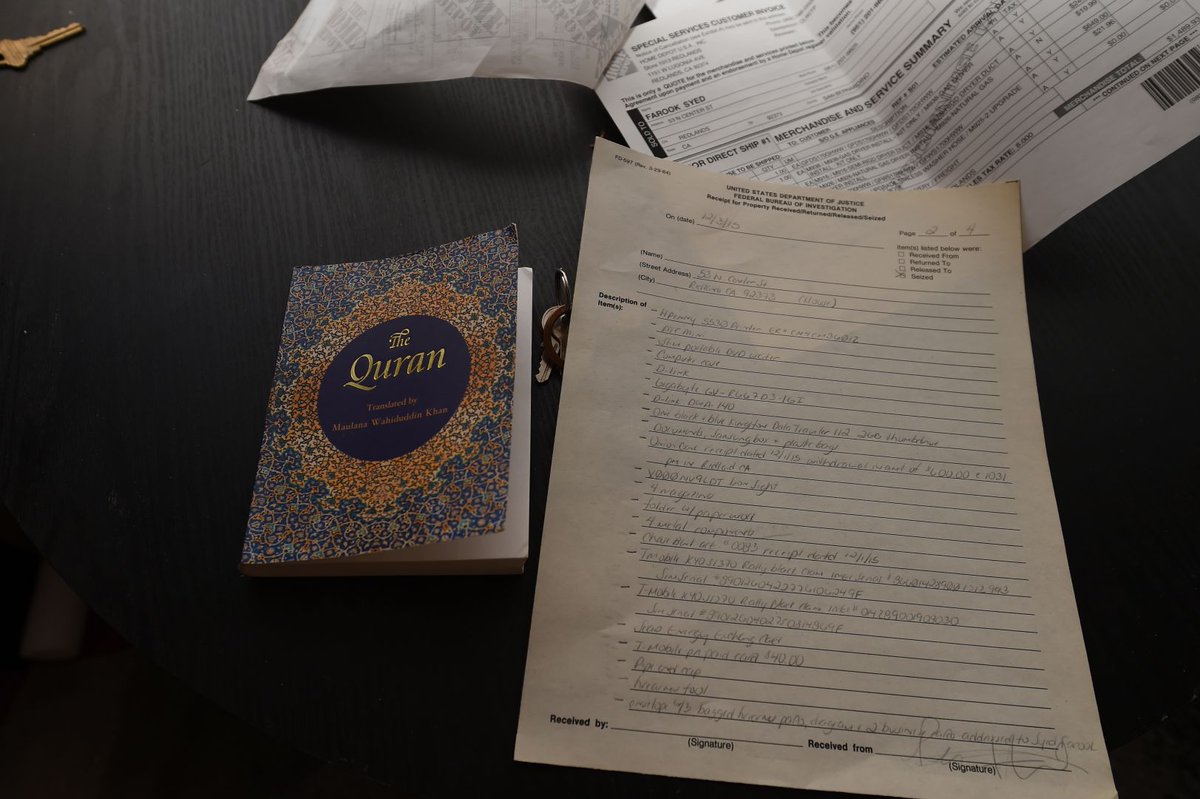 REDLANDS (United States) — Baby toys, shredded files, a Koran, computer paraphernalia: the home of the California shooters was bizarrely — and controversially — thrown open to the media on yesterday (Dec 4), offering a glimpse of the life of the couple behind the carnage.

Two days after US citizen Syed Farook and his Pakistani wife Tashfeen Malik burst into an office party in San Bernardino and shot dead 14 people, media crews were given access by the landlord to the two-story townhouse where they lived with their six-month-old daughter.

…
The FBI — which is investigating the shooting as an “act of terrorism” — said it had turned the property back over to its owner and no longer controlled access, as experts voiced consternation that media were allowed to disturb the site.
…

Television crews displayed drivers’ licences and social security cards on screen, and what some speculated may be the first known photographs of the 27-year-old Malik.

There was a prayer rug, a Koran, and a children’s guide to Islamic manners.

In the kitchen, dirty dishes littered the sink area. A waste-paper basket was filled with shredded documents, apparently discarded by investigators. 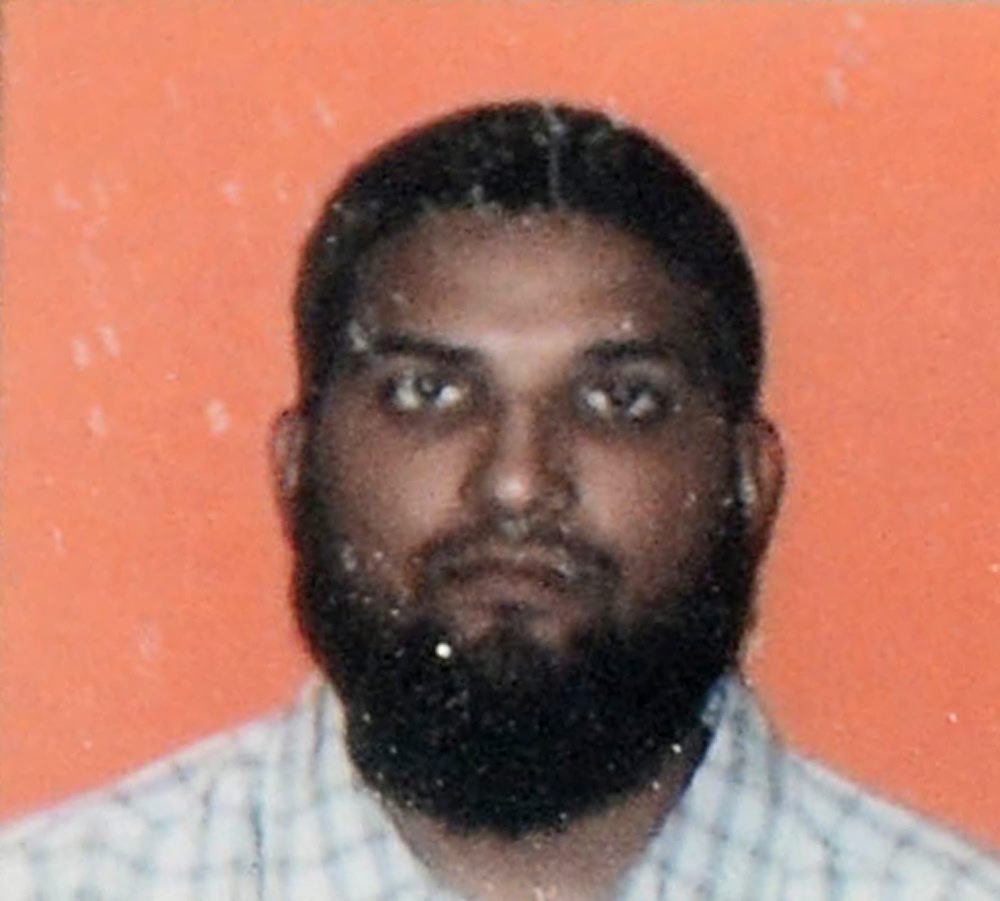 The official described “some kind” of contact between Farook and people from the Nusra Front and the radical al Shabaab group in Somalia, the Times reported. It is unclear what type of contact or with whom, the newspaper said.

Officials noted on Friday that his wife was believed to have pledged allegiance to a leader of the militant group Islamic State in Iraq and Syria (ISIS).
…

If the mass shooting proves to have been the work of people inspired by Islamist militants, as investigators now suspect, it would mark the deadliest such attack in the United States since Sept 11, 2001.

Federal Bureau of Investigation officials said mounting signs of advanced preparations, the large cache of armaments amassed by the couple and evidence that they “attempted to destroy their digital fingerprints” helped tip the balance of the investigation.

“Based on the information and the facts as we know them, we are now investigating these horrific acts as an act of terrorism,” Mr David Bowdich, assistant director of the Federal Bureau of Investigation’s Los Angeles office, said at a news conference.

VIDEO: FBI: California shooting ‘act of terrorism’: A mass shooting in California is being treated as an act o… http://ln.is/www.bbc.co.uk/news/MuQAy …

A mass shooting in California is being treated as an act of terrorism, the FBI has confirmed.

The Los Angeles Assistant Director of the FBI Dave Bowdich told reporters that the organisation had uncovered evidence of “extensive planning” and that the suspects had “attempted to destroy their digital fingerprints”.

Tashfeen Malik and her husband Syed Rizwan Farook were killed in a shootout with police following Wednesday’s attack, in which 14 people died. 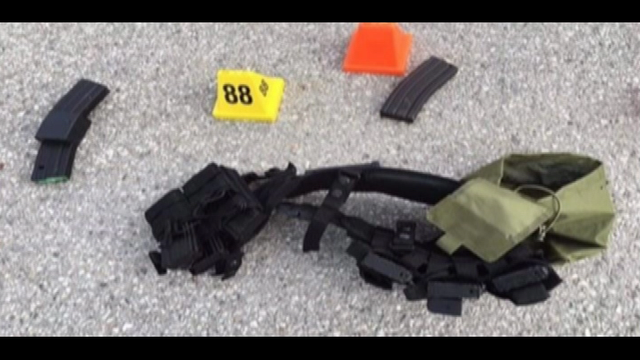 The FBI says all the evidence “essentially pushed us off the cliff” to call it terrorism http://www.washingtonexaminer.com/article/2577663/ …

Assistant FBI Director in LA said shooters had “telephonic communications” with other terrorists here in the USA. #sanbernardino From the @sbcountysheriff – the names of 14 victims. Aged 26-60 #sanbernardino 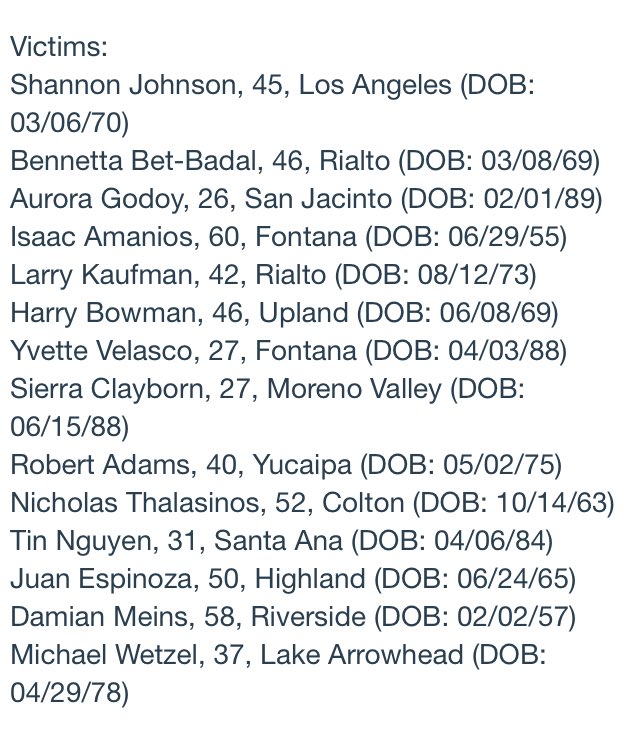 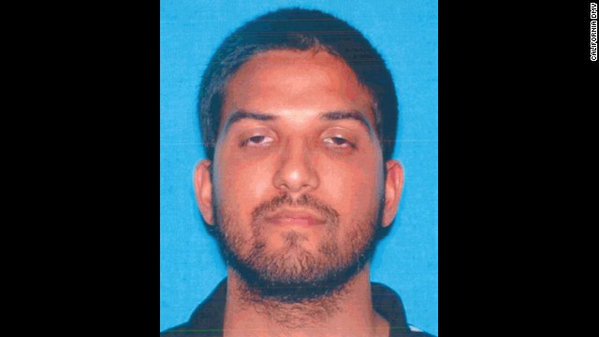 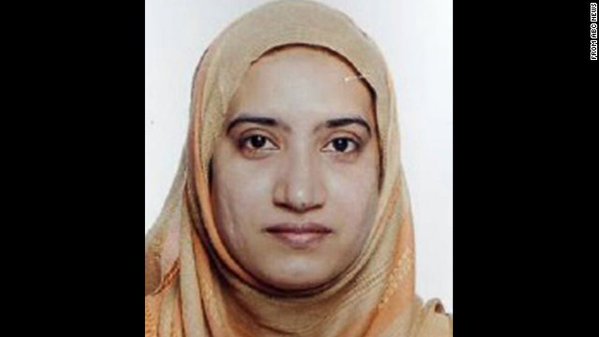 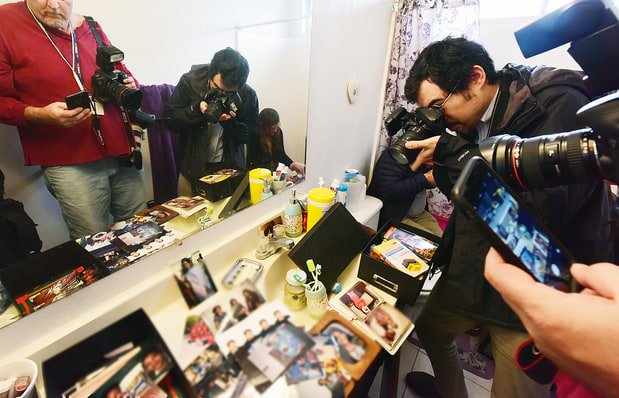 1 Response to America under Terrorist Threat