2 Youths rude to an MBPP enforcement officer are not DAP members. And not Gerakan or MCA members, we hope.

REMEMBER THE TWO GUYS WHO WERE RUDE TO THE PENANG CITY COUNCIL OFFICER?

Leong (right) and Bok leaving the magistrate’s court in George Town after they were charged. – Filepic

GEORGE TOWN: Two men pleaded guilty at the magistrate’s court here to verbally abusing a Penang Island City Council (MBPP) enforcement officer while she was carrying out her duty during a wheel-clamping incident in October.

Mechanic Leong Wai Loon, 19, and former air-conditioner repairman Bok Kwong Shen, 25, pleaded guilty to jointly preventing the officer from carrying out her duty by trying to remove a clamp on a car fixed by the officer at Lebuh Campbell here at 11.30am on Oct 7.

The offence under Section 186 of the Penal Code carries a maximum of two years’ jail sentence, a maximum fine of RM10,000 or both upon conviction.

Magistrate Sharifah Izura Syed Mashor sentenced Leong to 150 hours of community service, to be completed within one year.

“The community service has to be supervised by the Welfare Department,” Sharifah Izura said.

In another magistrate’s court, Leong was slapped with the maximum fine of RM100, in default 20 days’ jail, for insulting the officer with the intention of inciting anger and disharmony at the same place and time. 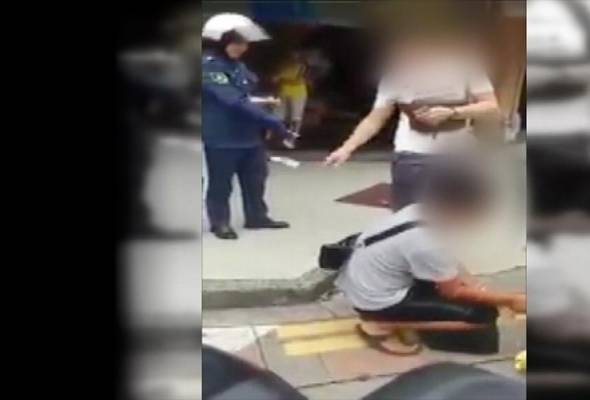 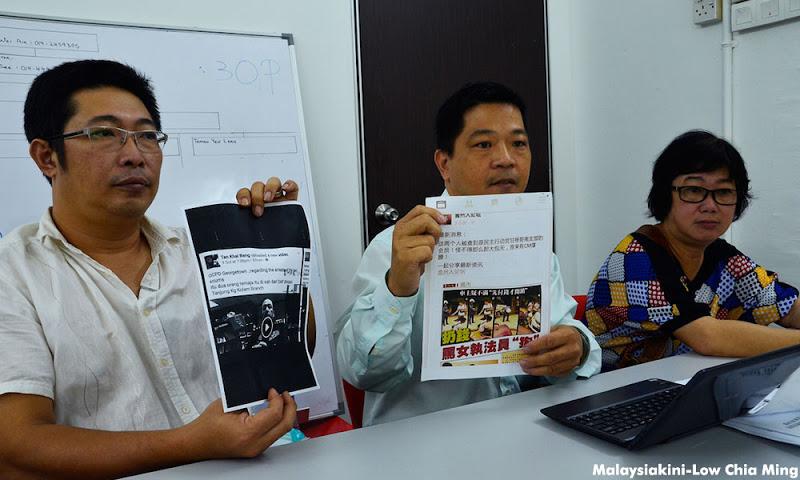 The DAP has denied that the two men who verbally abused three Penang Island City Council officers for clamping their car were members of the party’s Kampung Kolam branch.

The incident occurred along Jalan Campbell on Oct 7 and the two men, who behaved rudely to the officers, have been remanded for three days since yesterday pending investigations.

Teoh said the Chinese language Selangorian Forum alleged that since the two men were DAP members from Kampung Kolam, they behaved ‘audaciously’ as they were backed by Chief Minister Lim Guan Eng.

“We challenged them, especially Tan to show proof within seven days that the duo are DAP members,” Teoh said in a press conference today.

“Tan did not only accuse but tried to drag in the OCPD into this issue but the latter has denied making the statement,” Teoh added.

Teoh said the party was still in the process of tracking down the administrator of Selangorian Forum.

If the two Facebook pages cannot prove their claims within seven days, Teoh urged them to retract their statement and apologise or face legal action,

He stressed that the apology should be published not only on their Facebook pages but also through the media. 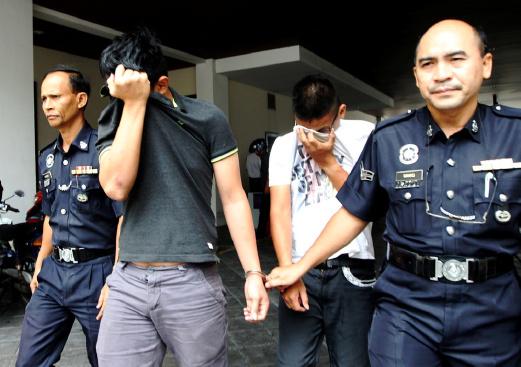 The charge under Section 186 of the Penal Code was read out to Leong Wai Loon, 19 and Bok Kwang Shen, 25 in Chinese before Magistrate Sharifah Izura Syed Mashor.

The duo appeared chastened and sombre when the charge was read out to them.

There was no sign of the bravado displayed by the duo in a video, which had portrayed them behaving in an offensive manner against the council officers who had clamped their car.

In the video, the men had not only derisively thrown money towards the enforcement officer but also called them ‘anjing’ (dogs). The men face jail up to two years in jail or RM10,000 in fine or both. 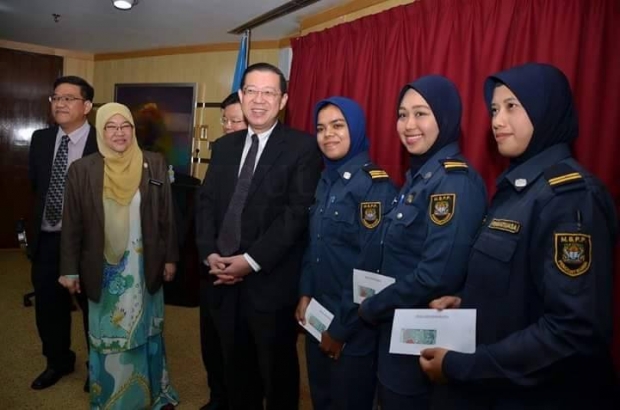 “They were arrested at a fast food restaurant in Bandar Baru Farlim Air Itam,” he told reporters today.

The men, a 19-year-old and a 25-year-old, will be investigated under Section 186 of the Penal Code for obstructing a public servant in the discharge of his public functions.

A video of the duo shouting at two MBPP enforcement officers after their car was clamped was spread on social media yesterday.

In the incident, the duo’s car was illegally parked along Campbell Street and was clamped by the enforcement officers.

When the youths discovered that their car was locked, they first tried to remove it using their own equipment but failed.

They then argued with two of the enforcement officers and started shouting profanities at them while another officer stood aside and videoed the whole incident.

When the officers told them that they had to pay the fine before the clamp could be removed, they continued shouting and then threw a RM50 note on the ground.

One of the officers calmly picked up the money and removed the clamp. Throughout the incident, the officers facing the duo calmly explained the reasons for the clamping and the compound they had to pay for the clamp to be removed.