Fahmi Reza: Vindicated by the Court of Appeal

Posted on October 2, 2015 by weehingthong

3 years ago I was targeted & arrested by DBKL & detained by the cops for occupying Dataran & exercising my right to protest in this country.

1. #OccupyDataran staged their camp-in after some 500 tertiary education students marched through Kuala Lumpur on April 14, 2012 to demand the abolition of the National Higher Education Fund.

2. Fahmi was part of the student group that had occupied the historic Dataran Merdeka in 2012 to seek higher education reforms.

3. Fahmi was detained by DBKL officers on April 22, 2012 when they were trying to clear the historic square of the #OccupyDataran campers.

4. On December 29 last year, the High Court ruled that Fahmi’s arrest was unlawful, and ordered both DBKL and the police to pay the activist compensation of RM5,000 and RM3,000 respectively.

Only DBKL had appealed the High Court ruling. 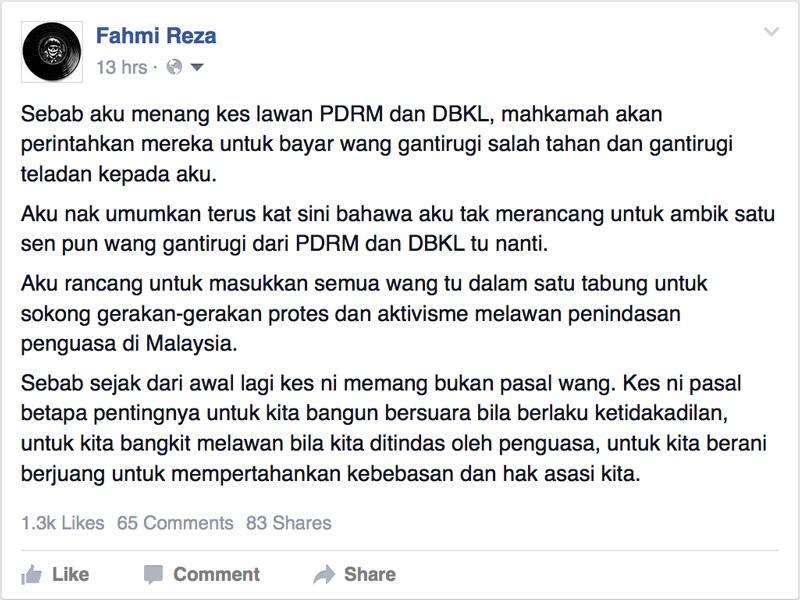 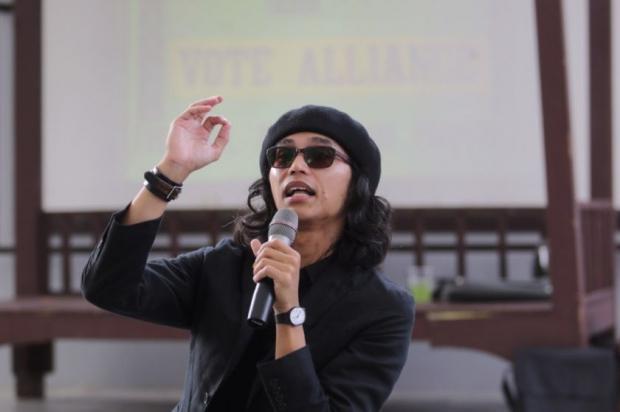 KUALA LUMPUR, Oct 2 — Social activist Fahmi Reza does not plan to take one sen from the money he won from his court battle with the police and the KL City Hall, saying today the entire sum of RM38,000 will be donated to activism.

The 38-year-old graphic designer who first made the announcement on Facebook yesterday, confirmed with Malay Mail Online this morning that the money will go into a fund to help protest movements fighting against injustice and power abuses in Malaysia.

“It has never been about the money from the get-go,” he said in a statement.

“This case has always been about the importance of speaking up when there is injustice, to stand up and fight when we are victimised by the authorities, and for us to be courageous in our struggle to defend our freedom and basic rights,” he added.

Yesterday, the Court of Appeal dismissed DBKL’s challenge against a High Court ruling last year on the #OccupyDataran protest that saw Fahmi awarded compensation, damages and costs for wrongful detention.

Fahmi was part of the student group that had occupied the historic Dataran Merdeka in 2012 to seek higher education reforms.

Commenting on his win today, the activist told Malay Mail Online that he hopes his victory will give others the courage to exercise their rights and speak out when they are wronged.

“I thought it was important for me to come out and stand up against this injustice. I chose to fight back.

“I hope this verdict will inspire others to do the same,” he said.

A victory for human rights and the right to #occupy in Malaysia. #occupydataran http://www.themalaymailonline.com/malaysia/article/dbkl-loses-challenge-against-high-court-ruling-in-favour-of-occupy-dataran … 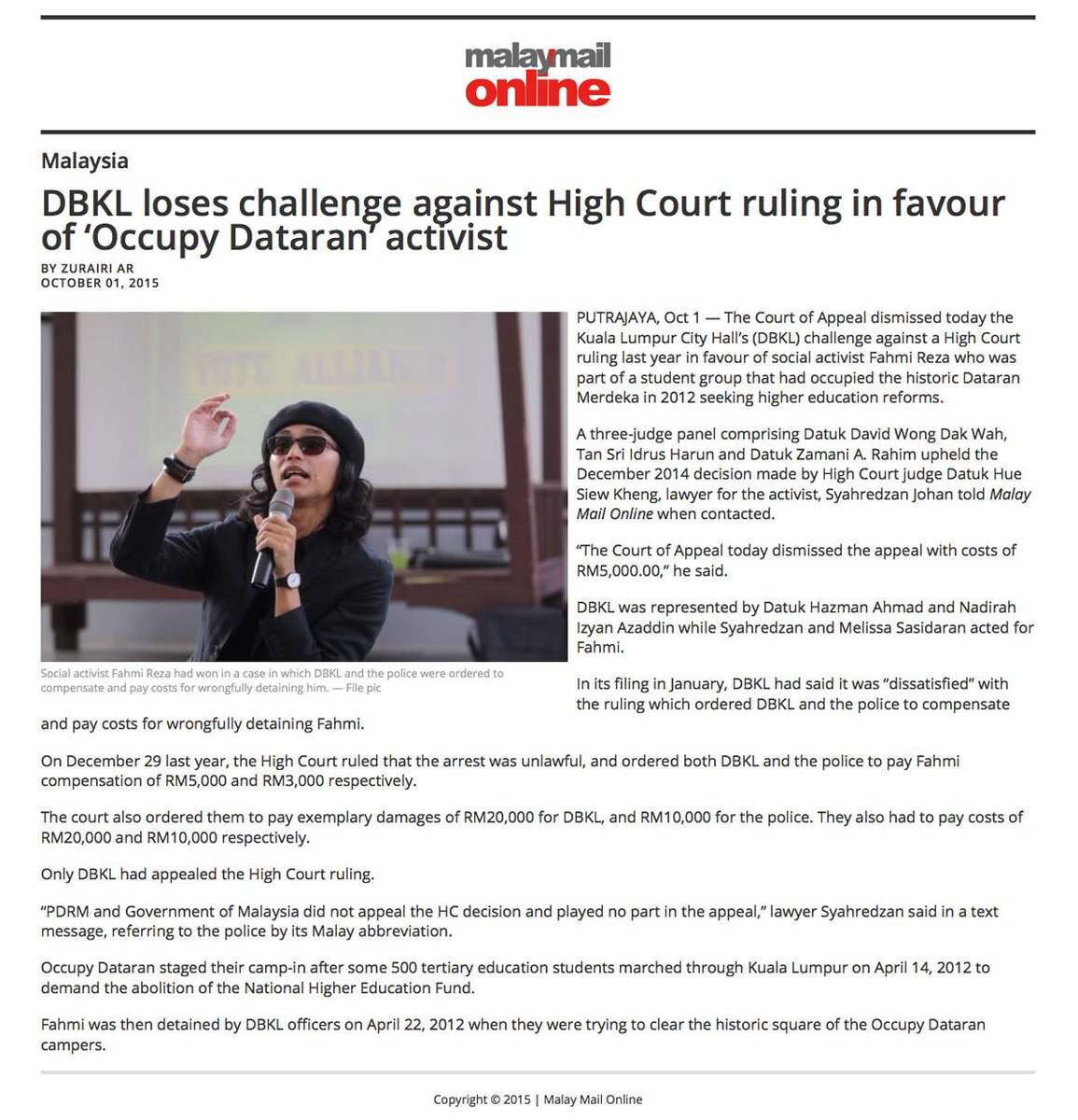 Nik Nazmi and 1 other Retweeted 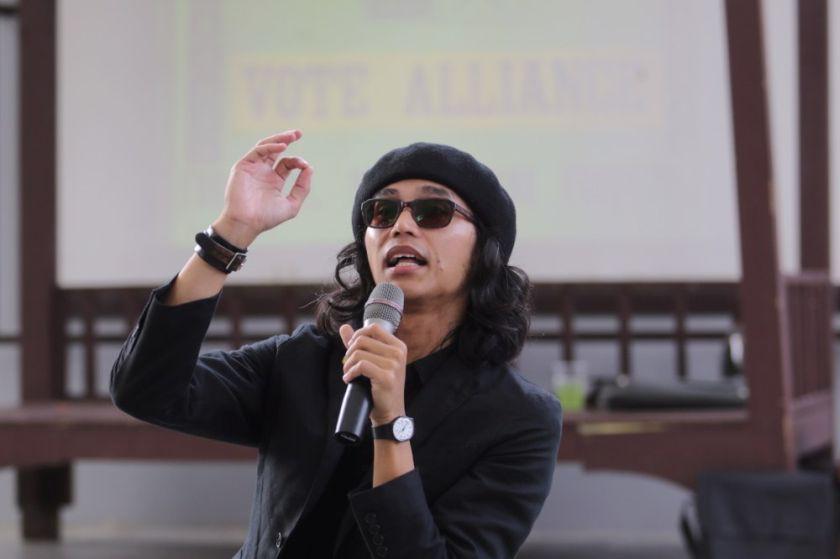 They are protesting against the PTPTN student loan scheme and want the prime minister or his deputy to meet them.

KUALA LUMPUR: More than 300 students set up camp at Dataran Merdeka here today, calling for free tertiary education and the scrapping of the student loan scheme.

Urging an end to the National Higher Education Fund Corporation (PTPTN) loan scheme, the students demanded that Prime Minister Najib Tun Razak meet with them in person there.

Student activist Adam Adli said: “We want the prime minister to come. If he doesn’t come, then we want his deputy [Muhyiddin Yassin]. If he [Muhyiddin] doesn’t [show up], then any minister who comes has to tell the PM or the DPM to come and meet us!”

He said that the students would occupy Dataran Merdeka until either Najib or Muyhiddin turned up.

The students first gathered in front of Masjid Jamek LRT station at 2pm.

They then marched towards the Sogo shopping centre along Jalan Raja Laut, shouting anti-PTPTN and anti-Barisan Nasional slogans.

“Hancur AUKU (Universities and University Colleges Act)! Hidup mahasiwa (long live the students)! Najib pembunuh (Najib is a murderer)! Altantuya! Hancur Najib Rosmah (Get rid of Najib and Rosmah)!” the students shouted as they marched through the streets.

At 3pm, the crowd stopped in front of the Sogo shopping centre to hear speeches from student leaders.

One of them was Mandeep Singh, a former student (he did not disclose his university) who claimed that the authorities penalised him for not paying his PTPTN loan.

He told the crowd that this was not true, and that the government had failed to take his name off the list, even though he had paid off his loan.

“Last year, I was caught for not paying. But I have paid as what I was due…The PTPTN only drives the youth into debt. And not just the youth, but also their families!” he shouted.

The students then put down two picture frames of Najib and Higher Education Minister Mohamed Khaled Nordin, and decorated them with Hindu flower garlands.

They would also put a Muslim tombstone in between the two frames, with the words “Democracy!!!” and the initials of the Higher Education Ministry written on it.

Pakatan Rakyat MPs including Batu MP (PKR) Tian Chua were also present to give the students their support.

Sungai Siput MP (PSM) Dr Michael Jeyakumar Devaraj said that a rich country such as Malaysia should have used its resources for the students’ welfare.

He also suggested that the government allocate educational subsidies for tertiary students.

The students then left Sogo at around 3:35pm, and marched down Jalan Tunku Abdul Rahman towards Dataran Merdeka.

For the full report

1 Response to Fahmi Reza: Vindicated by the Court of Appeal