Middle East Respiratory Syndrome (MERS) is a viral respiratory illness that is new to humans.

It was first reported in Saudi Arabia in 2012 and has since spread to several other countries, including the United States.

Most people infected with MERS-CoV developed severe acute respiratory illness, including fever, cough, and shortness of breath. Many of them have died.

MERS is caused by a coronavirus from the same family as the one that triggered China’s deadly 2003 outbreak of Severe Acute Respiratory Syndrome (SARS).

Seoul reports 34 fatality from #MERS, but there have been no new cases in 3 days in S Korea http://bit.ly/1NQDuBc 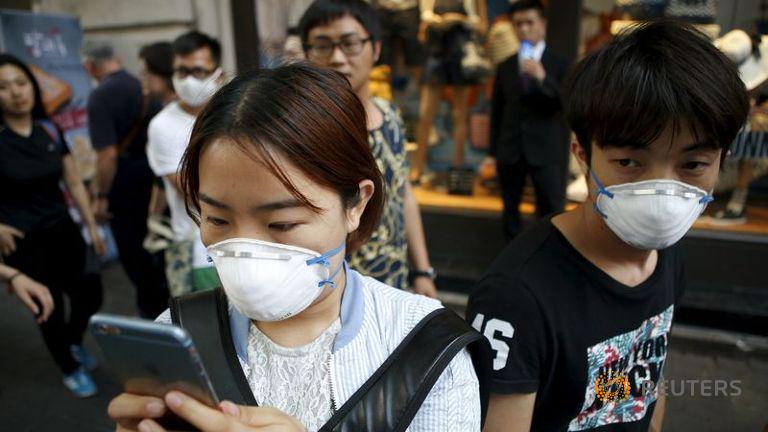 HONG KONG HAS NO CASE OF MERS although 4 cases have been tested so far.

Another #Mers scare in #HongKong as South Korean man with fever is isolated in hospital http://bit.ly/1IjpRug 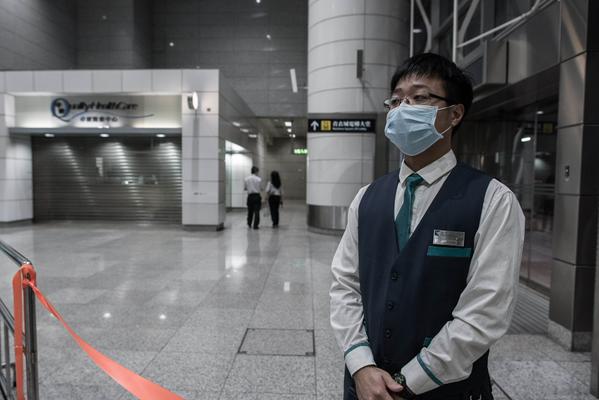 An MTR employee stands by a restricted area next to a closed clinic (L) at the Tsing Yi MTR station in Hong Kong on June 10, 2015. — PHOTO: AFP
…

HONG KONG (AFP) – Images on the local media in Hong Kong have again shown people wearing hazmat suits at a major subway station, and workers cleaning escalators and mopping the floors after a 17-year-old South Korean man with a fever sought medical care at a clinic in the station.

The city’s health minister said the man was being tested for Middle East respiratory syndrome (Mers). “Today there is a patient, he is a young Korean male and came to Hong Kong from the US passing through South Korea. He’s been in Hong Kong for around 10 days but today he had a fever,” the city’s Health Minister Ko Wing-man told reporters. 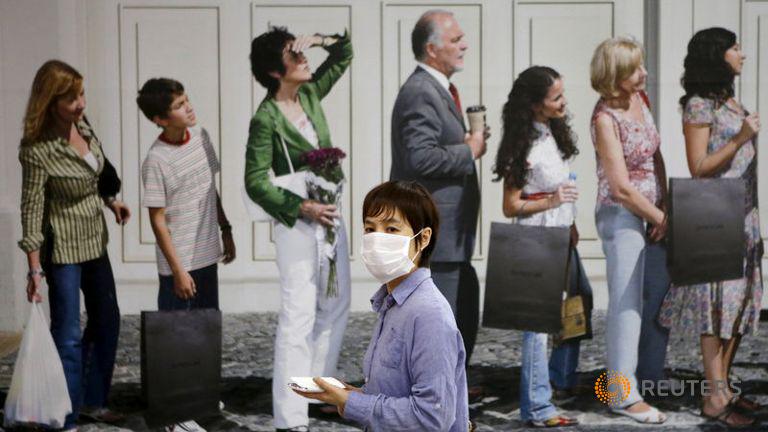 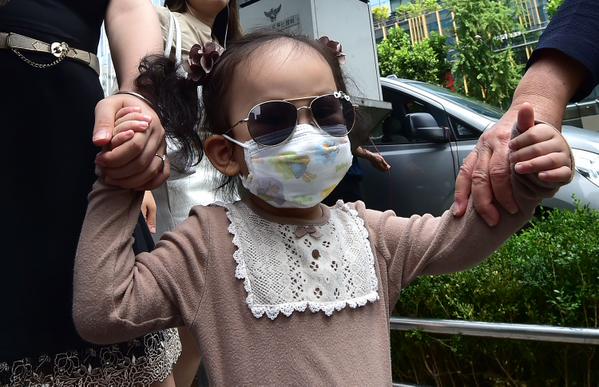 SEOUL, June 22 — South Korea today reported two MERS fatalities and three new cases, taking the country’s death toll to 27 in the largest outbreak of the virus outside Saudi Arabia. The two men—aged 84 and 87 — died from yesterday night to this morning of Middle East Respiratory Syndrome, the health ministry said, adding both had been battling cancer.
They contracted the virus at Samsung Medical Centre in Seoul and Daecheong hospital in the western city of Daejeon and were diagnosed on June 9 and 12, respectively.
The ministry also reported three more cases of the disease to bring the total number of those infected to 172, including 27 who have died. The three included two patients at Samsung hospital and Konkuk University Medical Centre in Seoul and one caregiver at Daecheong hospital.
– See more at: http://www.themalaymailonline.com/world/article/two-more-deaths-three-new-mers-cases-reported-in-s.-korea#sthash.ktoFN0OA.dpuf 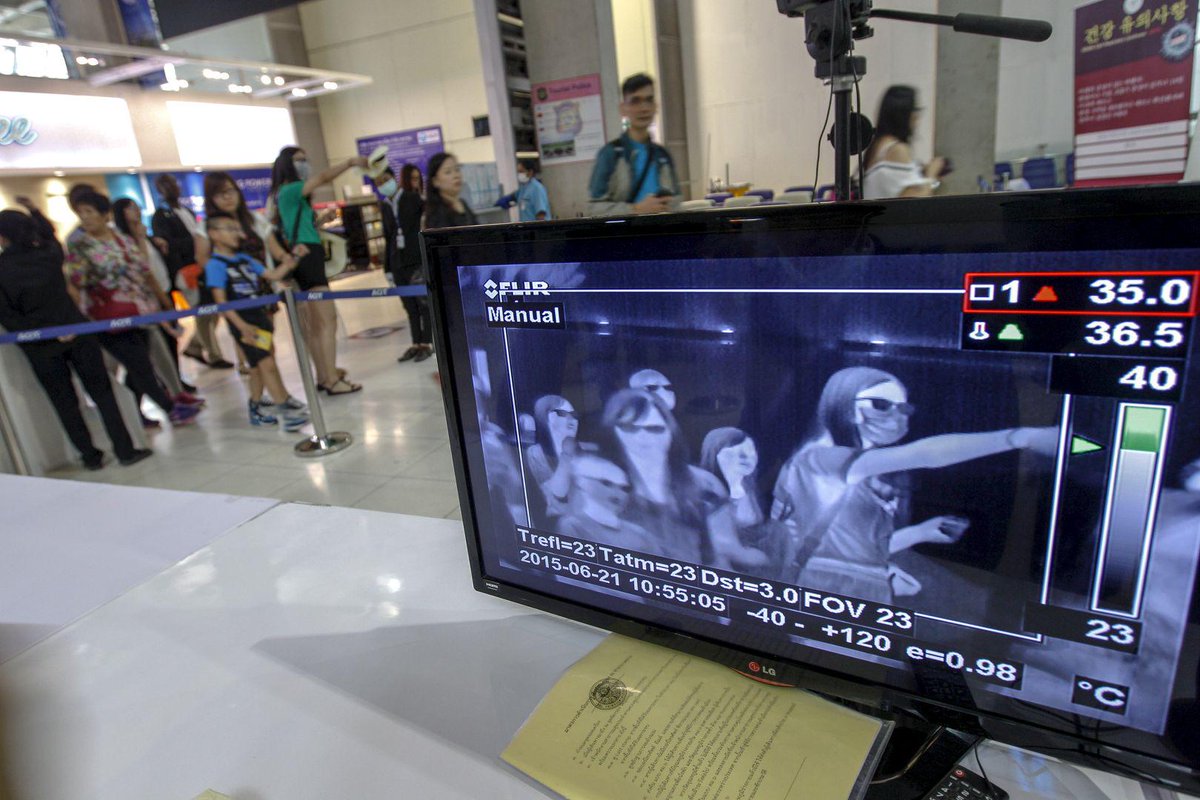 KUALA LUMPUR – Malaysia has stepped up health screenings at all entry points into the country, after the first case of Middle East Respiratory Syndrome (MERS) was reported in neighboring Thailand last week.

The Southeast Asian nation, which shares a 650 km (400 mile) land border with Thailand, has already begun monitoring body temperatures at the airports, Deputy Health Minister Hilmi Yahaya said in a statement to state news agency Bernama. “Now, we are going further to include all entry points,” he said.

Visitors entering the country would also be briefed on precautions to be taken to avoid being infected with the disease, the minister said in the statement. There have so far been no cases of MERS reported in Malaysia.

Thailand to monitor people returning from their haj pilgrimage for up to a month http://tdy.sg/1LelrW8 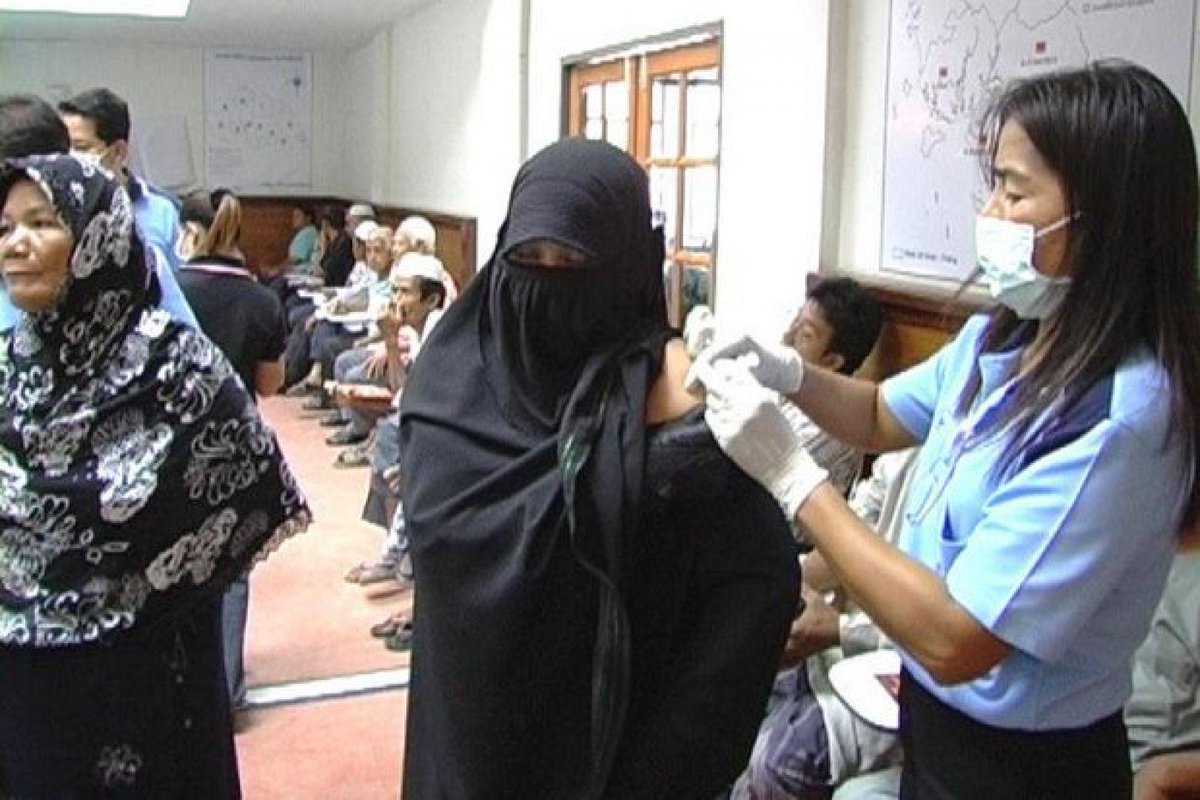 Over 10,000 Thais to visit Saudi Arabia BANGKOK — The Public Health Ministry and airport authorities have stepped up preventative measures to stop the spread of Middle East Respiratory Syndrome (MERS) when more than 10,000 Thai Muslim pilgrims travel to Saudi Arabia for the haj pilgrimage in September. The country’s first confirmed case of MERS, a 75-year-old man from Oman, raised concerns over the possible infection of people going to and from Saudi Arabia. According to the Department of Religious Affairs, 10,400 people from Thailand are likely to attend the Muslim pilgrimage, which will take place in late September. Visitors will begin leaving for Riyadh in August, and return as late as October. … However, when people return they will be monitored for 14 days to a month to make sure they are safe from infection, Dr Satitramai said. If anyone develops a fever or flu-like symptoms, they will be placed in isolation and observed at a hospital. http://www.todayonline.com/world/asia/haj-pilgrimage-spurs-new-mers-outbreak-fear-thailand — 20 June 2015

More than 80 exposed to Mers virus in Thailand http://str.sg/wwK 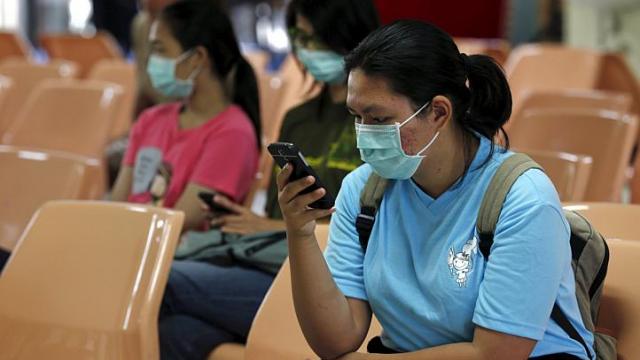 Thailand’s Ministry of Public Health revealed that the Mers virus was detected in a 75-year-old man from Oman on Thursday. Yesterday evening, it said in a press statement that 85 people had come into contact with him. It was not clear though whether all 85, including a taxi driver, airline passengers and medical staff, have been traced and quarantined.

The man landed in Bangkok on Monday and sought treatment that night at Bangkok’s Bumrungrad International Hospital for a cough, later running a fever. The private hospital kept him and his relatives in isolation quarters before they were moved to the state-run Bamrasnaradura Infectious Diseases Institute just outside Bangkok on Thursday. The hospital called a press conference yesterday, saying it had quarantined 58 staff members. – See more at: http://www.straitstimes.com/news/asia/more-asia-stories/story/more-80-exposed-mers-virus-thailand-20150620#sthash.G0MakfEw.dpuf

— IS THERE DANGER HERE?

MERS-CoV: Police looking for Brunei woman who escaped from Miri…

The 76-year-old woman was admitted to the hospital at 9.05 am last June 6 on suspicion of being infected with MERS-CoV.

MIRI: Police are looking for a Brunei woman, suspected of being infected with the Middle East Respiratory Syndrome Coronavirus (MERS-CoV), who escaped from Miri Hospital last Friday. Miri police chief ACP Gan Tian Kee said the 76-year-old woman was admitted to the hospital at 9.05 am last June 6 on suspicion of being infected with MERS-CoV, following her return from performing the umrah in Mekah. He said the woman went to perform the umrah on May 10 and returned last May 22. “She was admitted to Miri Hospital while waiting for the results of her phlegm test and other samples taken from her,” he told Bernama here today. Gan said the woman went missing from the hospital a few hours after her family, who went to the hospital, requested that she be discharged. … He said family members then took the woman out of Miri Hospital without a doctor’s consent at 7.12 pm.

Johor man first person in Asia to succumb to MERS

PUTRAJAYA: The Middle East Respiratory Syndrome-coronavirus (MERS-CoV) has killed its first victim in Asia, a Malaysian man who developed respiratory complications after returning from Mecca. The 54-year-old man, from Batu Pahat, Johor, had arrived in Malaysia on March 29 after performing the umrah. He died on Apr 13 after being admitted to the Hospital Sultanah Nora Ismail for three days, following complaints of fever, cough and breathing difficulties. http://www.thestar.com.my/News/Nation/2014/04/16/MERS-detected-in-malaysia/ — “You see airlines cancelling some flights out of Taiwan, out of China, to Korea, and tour groups beginning to cancel.”

Middle East Respiratory Syndrome (MERS) has risen to the top of the list of risks facing the aviation industry, the head of a leading aircraft lessor said, outstripping traditional concerns about fuel and currencies. An outbreak of MERS in South Korea that began last month and is the largest outside Saudi Arabia has infected 166 people, killing 24 of them. “You see airlines cancelling some flights out of Taiwan, out of China, to Korea, and tour groups beginning to cancel. So we hope we get over this quickly and that the world has learned from SARS, but the jury’s out,” Robert Martin, chief executive of Singapore-based leasing firm BOC Aviation, told Reuters. http://www.reuters.com/article/2015/06/19/us-airshow-france-mers-idUSKBN0OZ2A720150619?feedType=RSS&feedName=businessNews — 19 June 2015 The MERS outbreak in South Korea  24 deaths 165 infected 6,700 people in quarantine. — 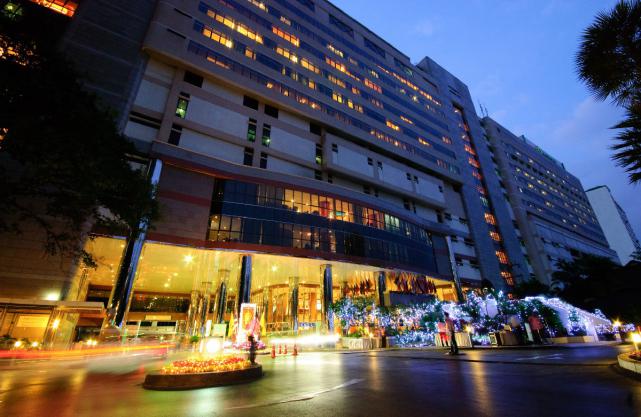 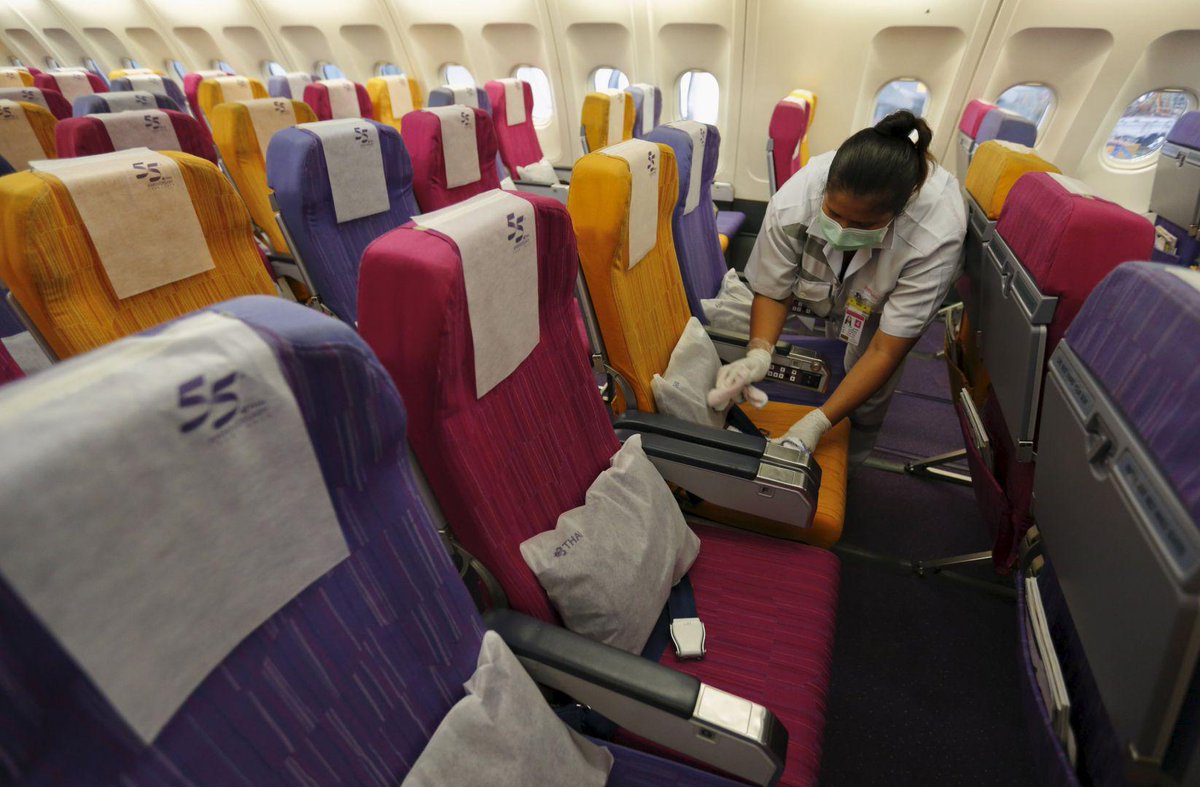 BANGKOK (REUTERS) – Thai authorities took nearly four days to confirm the country’s first case of Middle East Respiratory Syndrome (Mers), the health ministry said on Friday, a time lag likely to raise fears of a further spread of the deadly virus in Asia. Thailand confirmed its first case of Mers on Thursday – a 75-year-old businessman from Oman – just as an outbreak in South Korea that began last month appeared to be levelling off. The outbreak there has infected 166 people and killed 24 of them. – See more at: http://www.straitstimes.com/news/asia/south-east-asia/story/thailand-took-four-days-confirm-first-mers-case-59-being-monitored-2#sthash.zUg2Gsqs.0UgwQg3D.dpuf 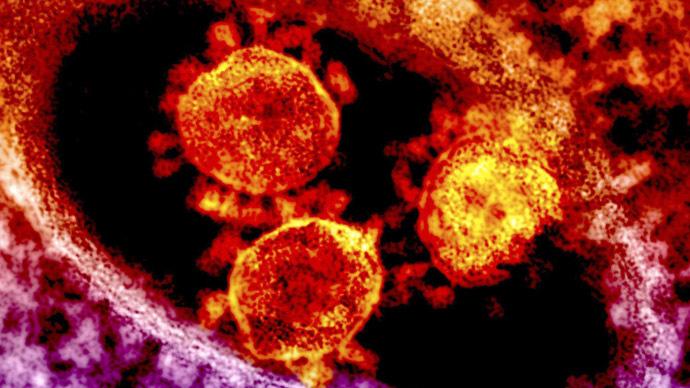 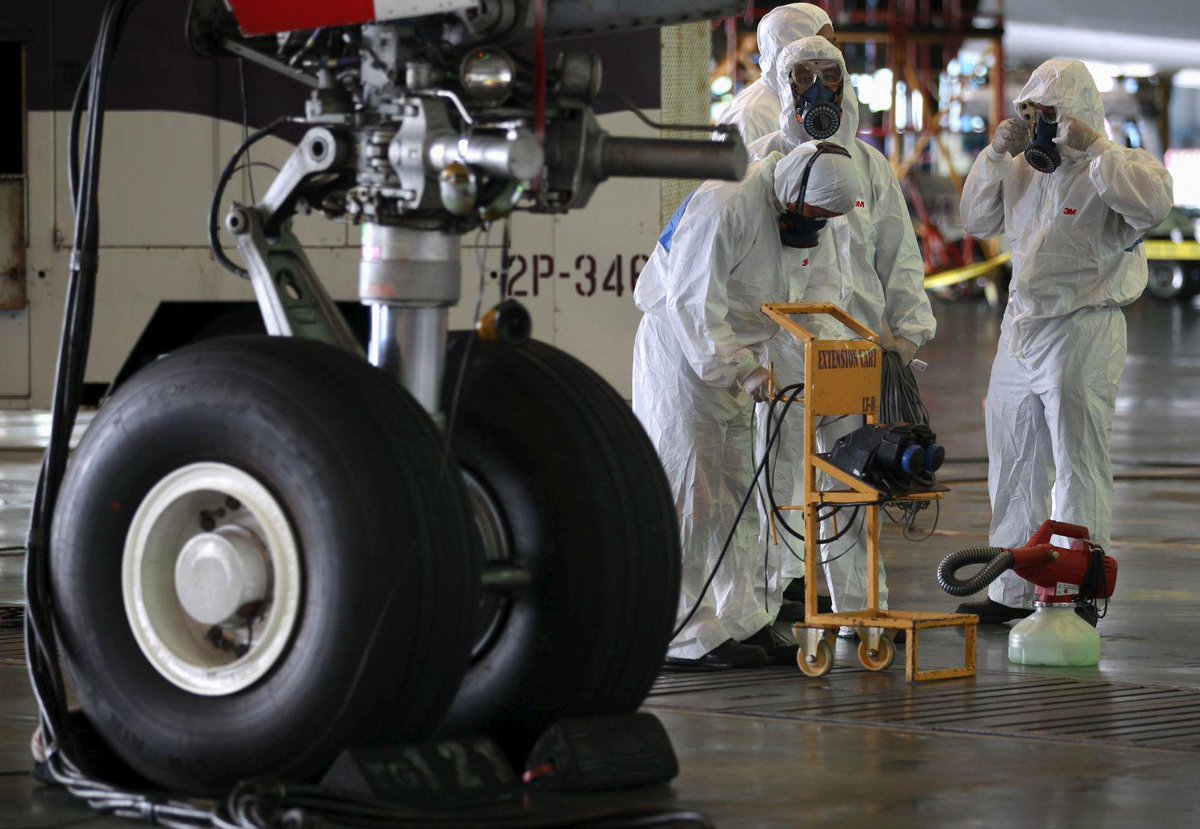 Crew members of Thai Airways prepare to disinfect the cabin of an aircraft of the national carrier at Bangkok’s Suvarnabhumi International Airport. Photo: Reuters
…
BANGKOK – Thailand confirmed its first case of Middle East Respiratory Syndrome (MERS) on Thursday, becoming the fourth Asian country to register the deadly virus this year. Public Health Minister Rajata Rajatanavin told a news conference that a 75-year-old businessman from Oman had tested positive for MERS. “From two lab tests we can confirm that the MERS virus was found,” Rajata said, adding the man had traveled to Bangkok for medical treatment for a heart condition. “The first day he came he was checked for the virus. The patient … contracted the MERS virus.”

The health minister said 59 others were being monitored for the virus, including three of the man’s relatives who traveled with him to Bangkok. http://www.todayonline.com/world/thailand-confirms-first-mers-case-health-ministry — 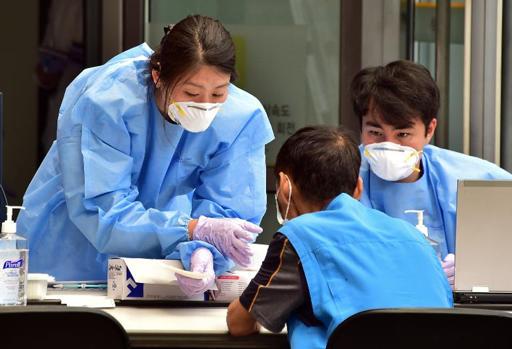 Korean government will pay you USD 3,000 if you get infected with #MERS while holidaying in #SouthKorea http://bit.ly/1GudSYc

Korean Officials to foreign tourists: “If you contract MERS, we’ll…

As you may have heard, there’s an epidemic in South Korea. Since last month, more than 150 people have contracted the deadly MERS (Middle East Respiratory Syndrome) virus, among whom 19 have died. As…

SEOUL (REUTERS) – South Korea’s Hotel Shilla has temporarily shut its hotel in Jeju Island after learning that a former guest has been diagnosed with Middle East Respiratory Syndrome, a Hotel Shilla…

A patient at the Samsung Medical Center became a “superspreader” of MERS after a misdiagnosis. http://nyti.ms/1epg3mV 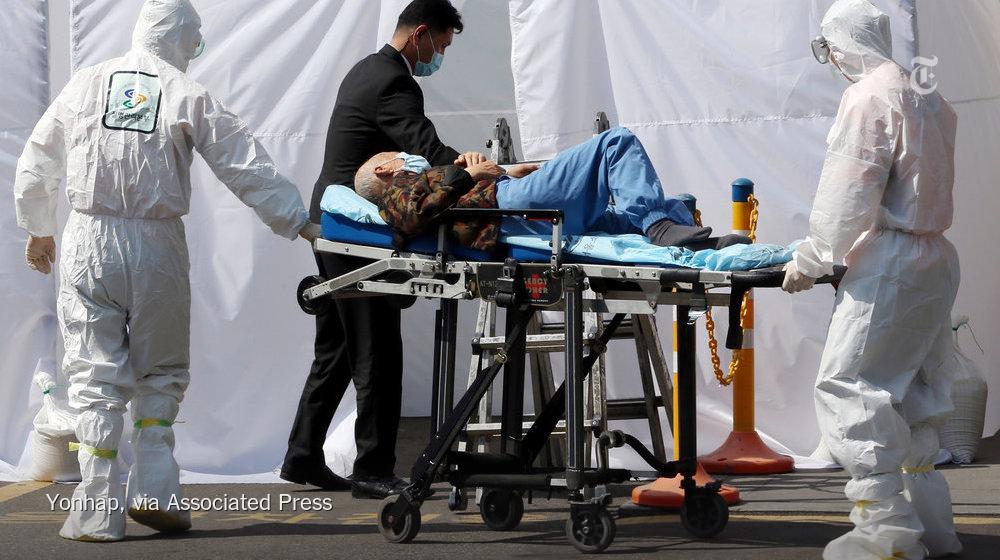 SEOUL, South Korea — It is the jewel of South Korea’s medical service: a 1,900-bed hospital of steel and glass owned by the Samsung conglomerate. It is also where a 35-year-old man whose symptoms were misdiagnosed as pneumonia languished for three days in an overcrowded emergency room and hallway, where he coughed up sputum teeming with the Middle East respiratory syndrome virus and exposed dozens.

Doctors of the renowned hospital, the Samsung Medical Center in Seoul, were the first to confirm the disease, known as MERS, in another patient a week earlier but failed to make the connection between the two cases. Investigators now say the misdiagnosed patient, awaiting a vacant bed in a general ward upstairs, wheezed and expectorated in common areas with no oversight, turning into a MERS “superspreader.” —

Nearly half of all confirmed MERS cases in South Korea have been traced to the Samsung Medical Center in Seoul. http://nyti.ms/1epg0Yl