Fire started from cigarette butt in the toilet on a #langkawiferry , 400 passengers safe http://www.nst.com.my/node/73627 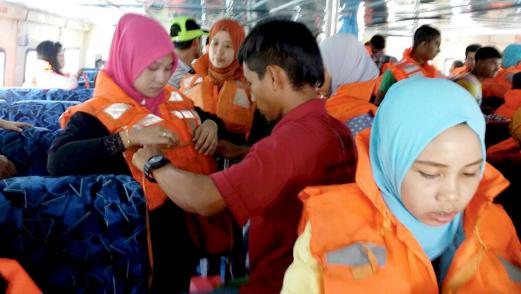 LANGKAWI: Over 400 passengers in a Langkawi ferry had a scare when plumes of smoke billowing in its cabin about 20 minutes after leaving the Kuah jetty.

The ferry crew immediately told passengers to put on the life jacket after the fire alarm was triggered at 12.35pm, forcing its captain to return to Kuah jetty.

However, no injury was reported and the passengers resumed their journey to Kuala Kedah in another ferry. 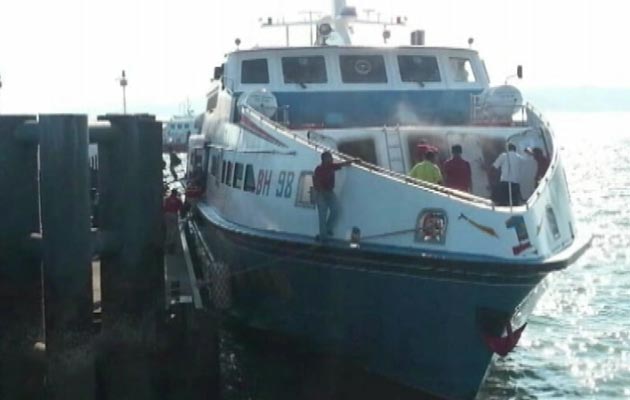 The ferry returned to the jetty before the passengers were transferred to another ferry to continue their journey to Kuala Kedah.

Passengers from Langkawi being transferred onto another ferry to continue their journey to Kuala Kedah on Sunday. – Astro AWANI
Read more at: http://english.astroawani.com/malaysia-news/lit-cigarette-butt-causes-chaos-langkawi-ferry-54385?cp

LANGKAWI: About 400 passengers feared the worst when smoke billowed from a ferry’s toilet after a smoker had failed to extinguish a cigarette butt while the vessel was at sea between the island and Kuala Kedah today.

It was learnt that the lit butt had burnt the toilet seat before smoke began emerging from the two-decked vessel.

A passenger, Hamzah Osman, 52, said the incident occurred at 12.35pm after the vessel left the Kuah Jetty here enroute to Kuala Kedah, about 57km away.

“It was just about 20 minutes after we left the jetty when smoke began to billow from the vessel.

“Soon after, the ferry crew told us to wear life jackets as I could see that they were already thinking of a worse-case scenario. Fortunately, they managed to contain the situation,” he said.