In a recently released video that showed the killing of 21 Christians in Libya, all but one of them Egyptian, the Islamic State issued an ominous warning: “Today we are south of Rome,” one masked militant said. “We will conquer Rome with Allah’s permission.”

Supporters of the Islamic State have begun using a hashtag to warn of their plan to reach “Rome”: #We_Are_Coming_O_Rome 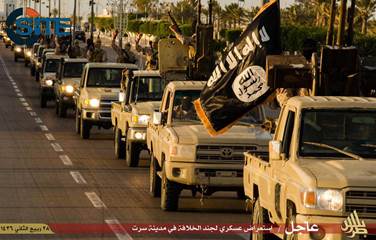 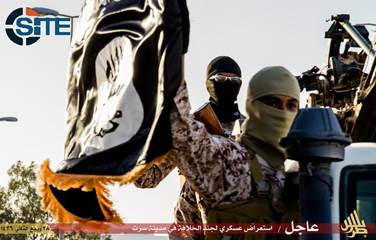 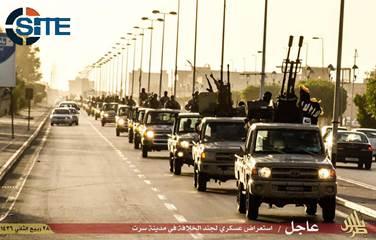 ISIS Threatens to Take Rome — Romans Give Them Travel Tips

You just can’t scare the Italians. As ISIS seemingly threatens to make their way into Italy with the hashtag We_Are_Coming_O_Rome via Twitter, Romans are taking it all in stride — with snarky tweets.

ISIS is sending 72 virgins to Rome. Italian girls are not impressed. #We_Are_Coming_O_Rome

In this Friday, Sept. 21, 2012 file photo, Libyan followers of Ansar al-Shariah Brigades and other Islamic militias, hold a demonstration in Benghazi. Libya, virtually a failed state the past years, has provided a perfect opportunity for ISIS to expand from its heartland of Syria and Iraq to establish a strategic stronghold close to European shores. AP Photo, File

In its videotaped killing of Coptic Christians earlier this month, the Islamic State in Libya showed a masked fighter pointing across the Mediterranean towards Europe. “We will conquer Rome, God willing,” he said.

That threat was echoed in social media accounts of the extremist group and its sympathizers, and flagged by a group that monitors terrorist activity online. Rita Katz, who heads SITE Intelligence Group, posted on Twitter that ISIS militants and their allies were tweeting threats to invade Rome under the hashtag #We_Are_Coming_O_Rome. (No word on why it’s “O” instead of “To”).

The chaos in Libya has allowed ISIS to gain a foothold in the country, raising international alarm and real concern in Italy’s government that violence in the former Italian colony could spill over the Mediterranean.

But online, Twitter users inside and outside Italy weren’t impressed with the threats of an actual invasion of Rome. Many responded with humor, and satirical warnings to ISIS fighters about the city’s notorious transportation woes. 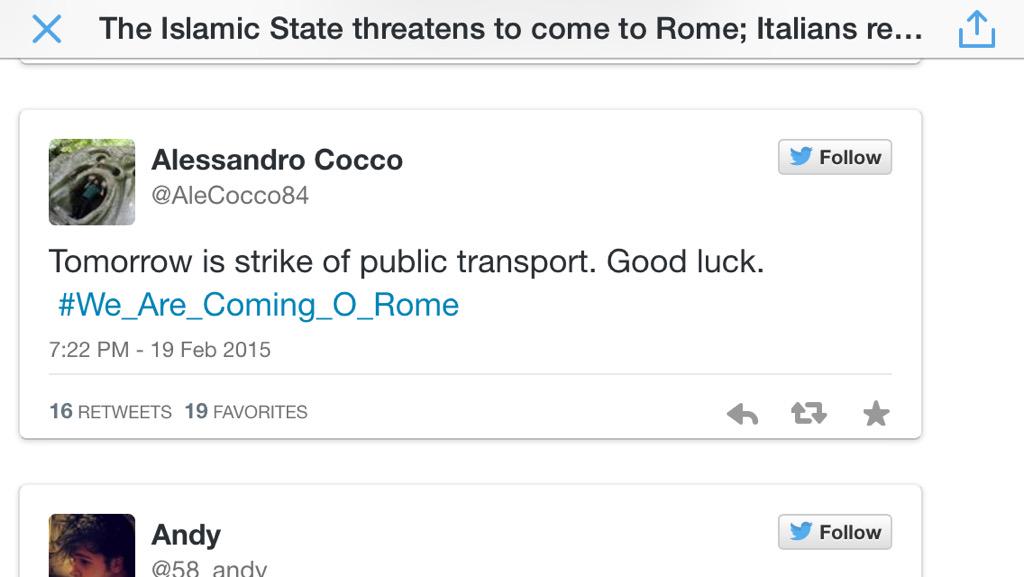 Like Loading...
This entry was posted in international teroorism, ISIS threat to Rome, Italy, terrorism and tagged #We_Are_Coming_O_Rome, ISIS, Islam, Islamic State, threat to rome by IS. Bookmark the permalink.