Kuching: From cats to sex to floods to great food!

Kuching Cat dresses up to welcome the Year of the Dog…

KUCHING: The white cat statue in Padungan here is now donning the traditional Chinese costume to ring in the Year of the Dog.

Launching the dress-up ceremony today was Minister of Local Government and Housing Datuk Dr Sim Kui Hian amid the drizzle.

Kuching South City Council (MBKS) mayor Datuk James Chan, who was also present, said he was pleased that the white cat statue was dressed up despite the unpromising weather.

“Despite the rain, we dressed up the cat. It looked impossible but nothing is impossible,” he said after the ceremony.

The event was sponsored by Lot 10 Boutique Hotel proprietor Wong Kuok Kai, who is widely known as KK Wong.

This marked the second year KK Wong funded the dressing cost, which was said to be around RM1,000. 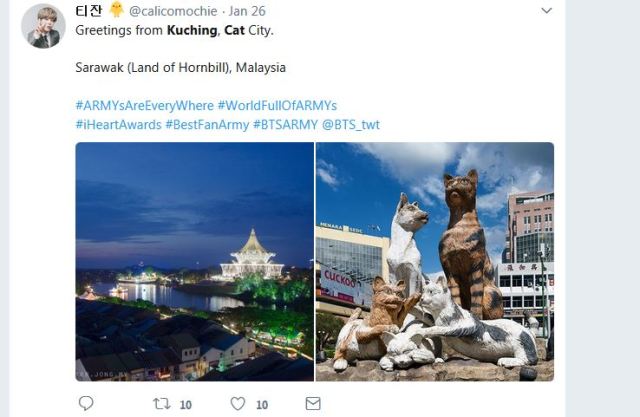 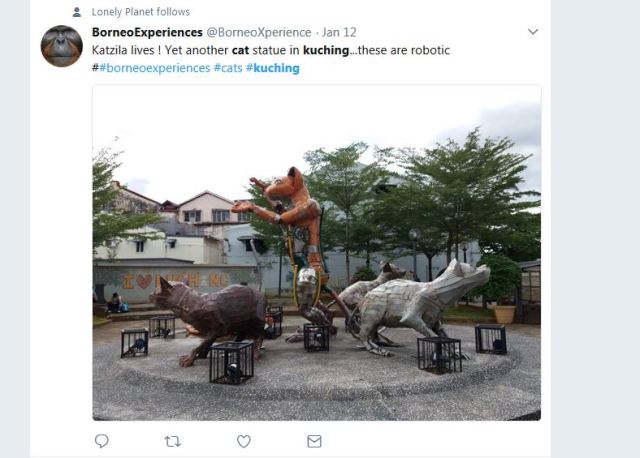 The city of Kuching, Sarawak from the air. 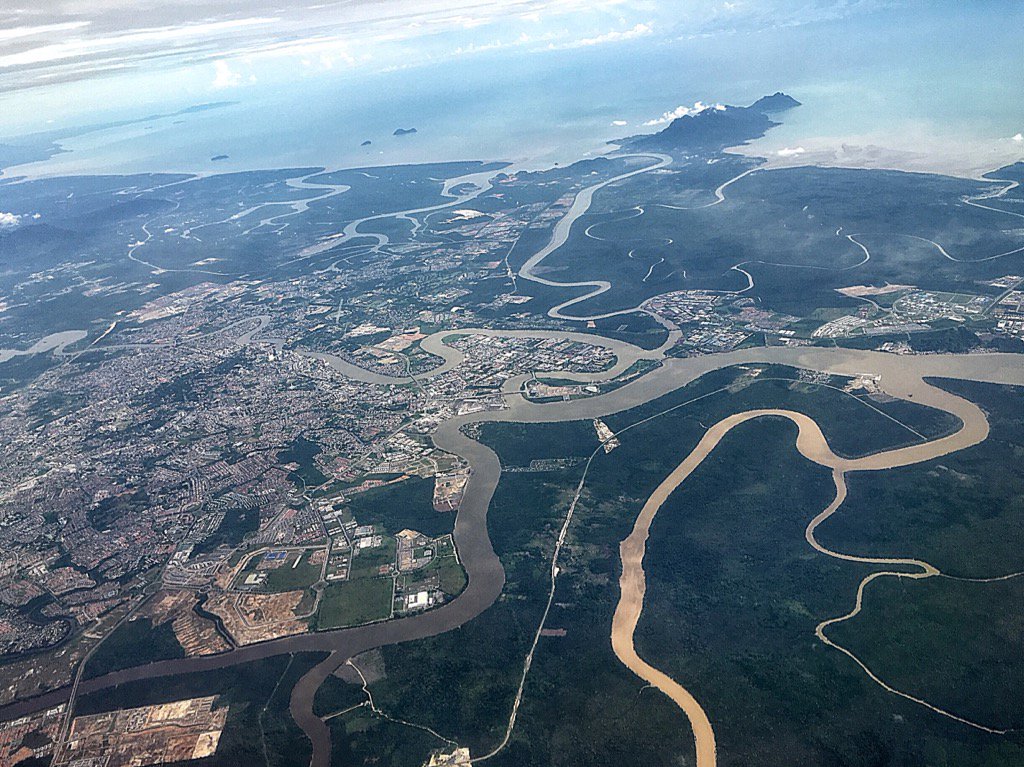 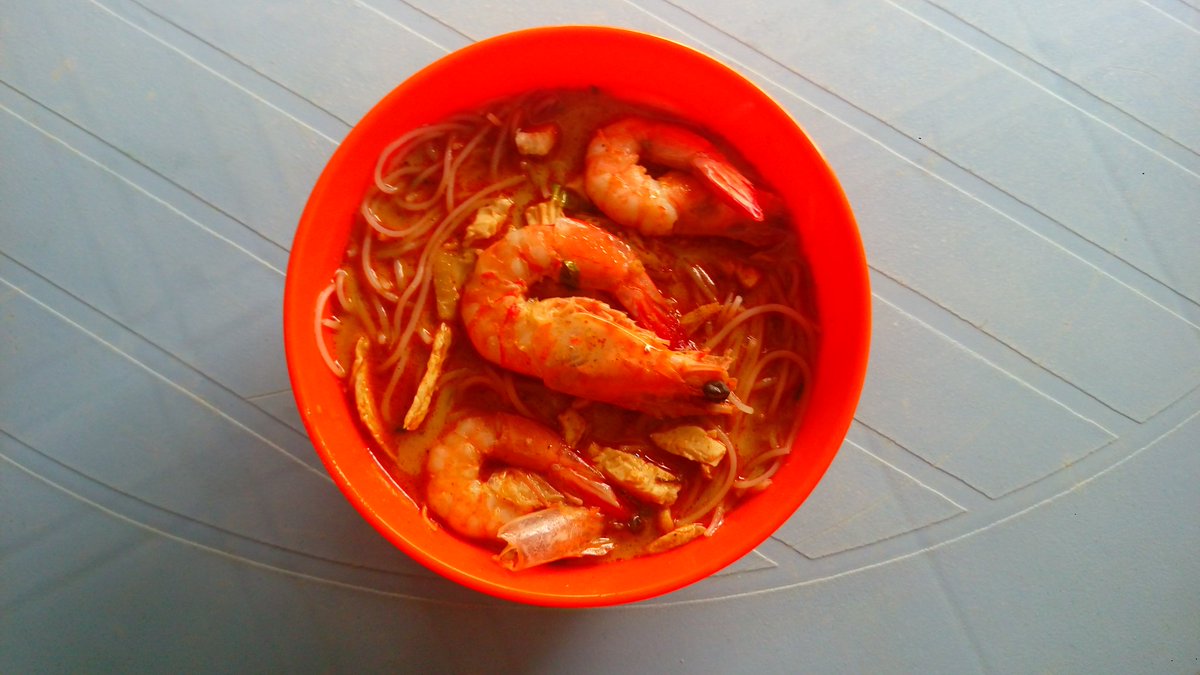 @PhilipGolingai will be at Kuching late May or early June 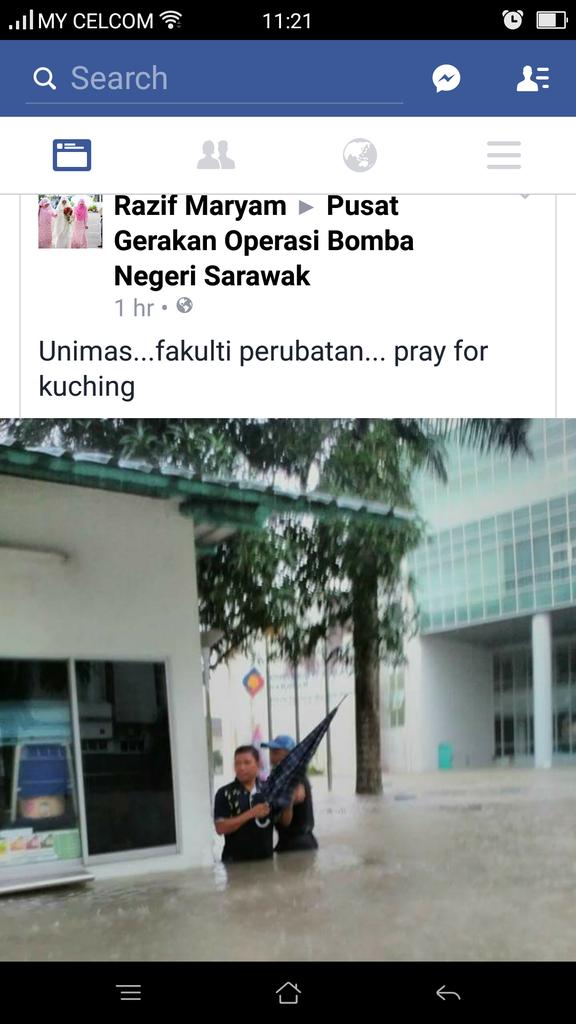 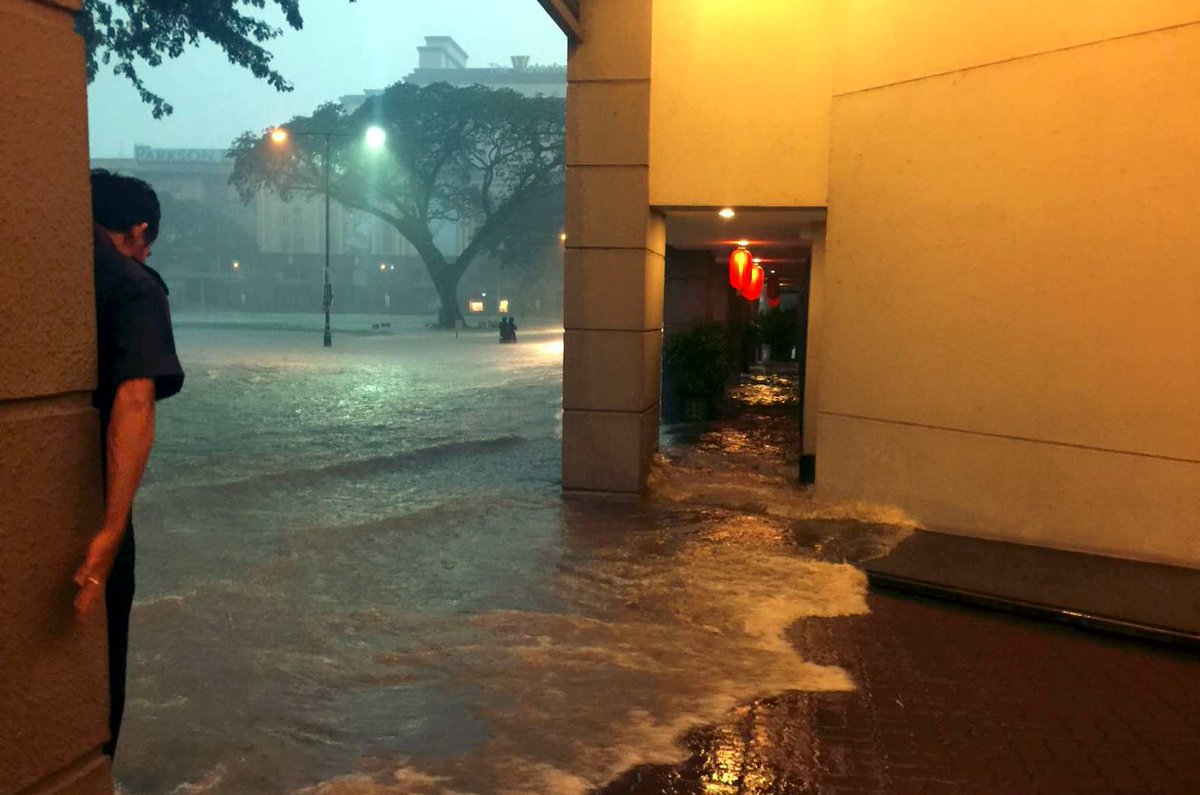 KUCHING: Heavy rain since last night caused roads in the city, including the road near Padang Merdeka, to be submerged by flash floods this morning.

According to Kuching Zone Fire and Rescue Station chief Tiong Ling Hi Jalan Tabuan Dayak was among the worst affected by the downpour, with floodwaters about 1m. 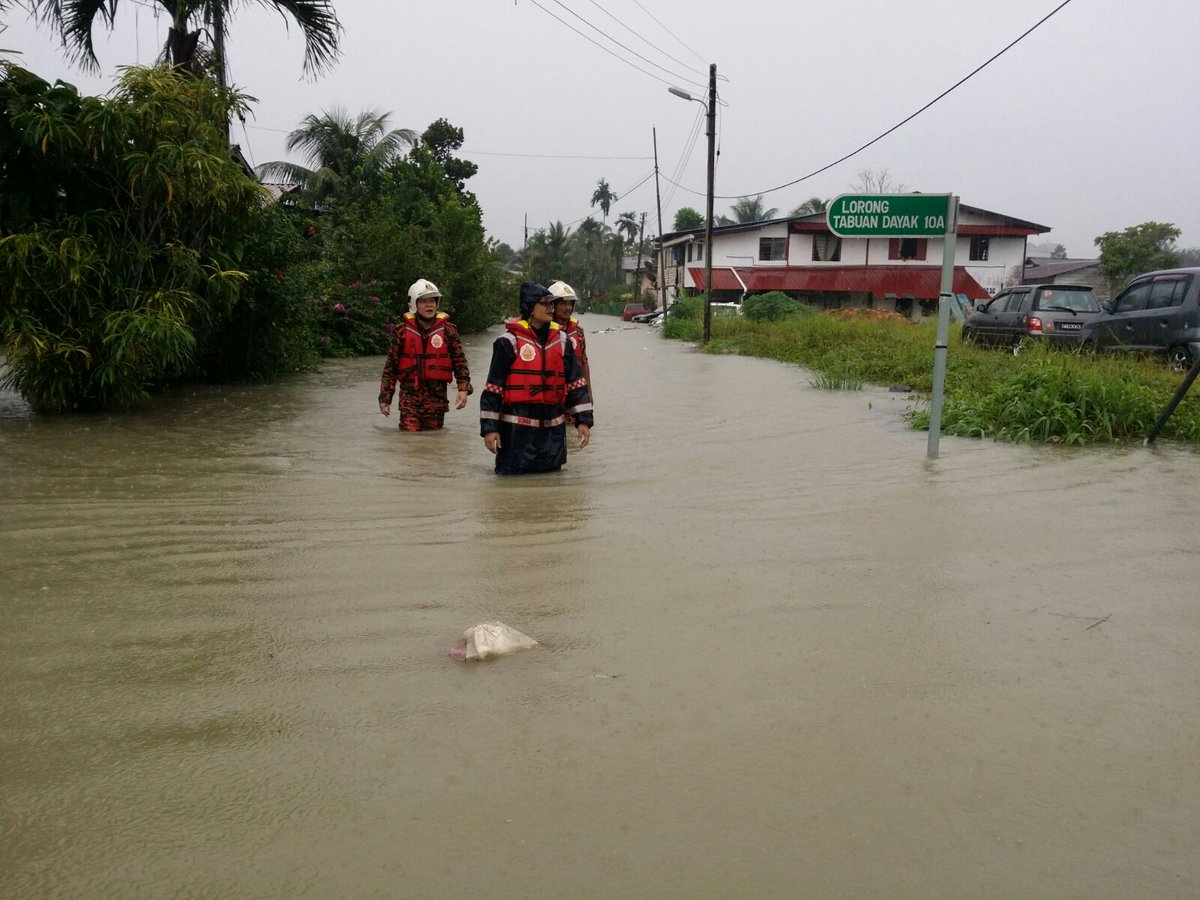 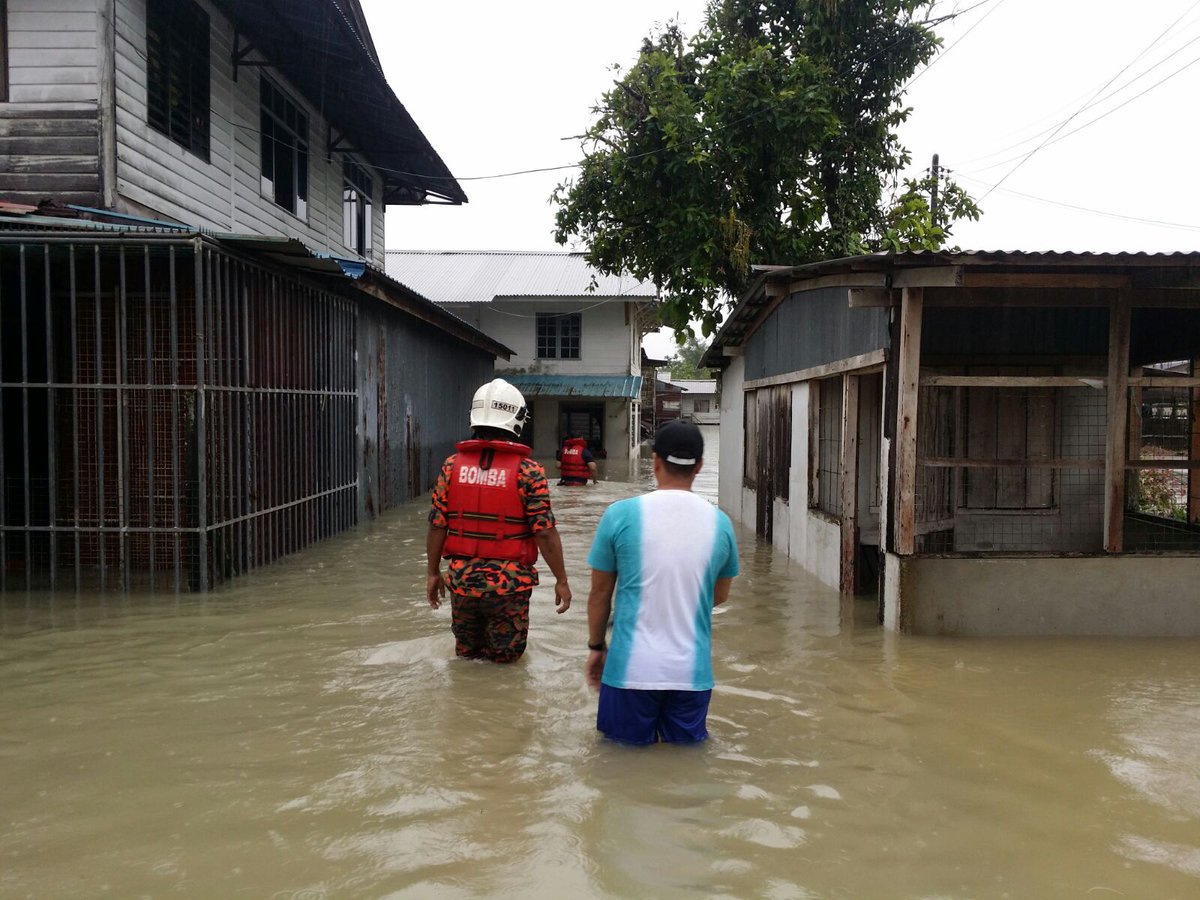 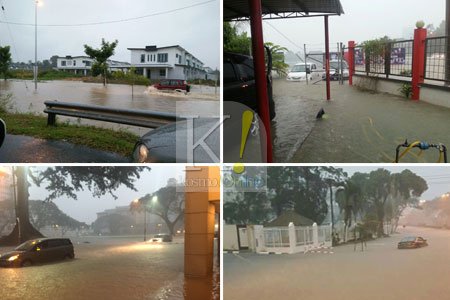 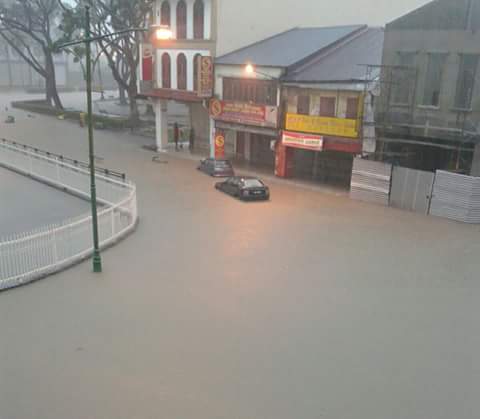 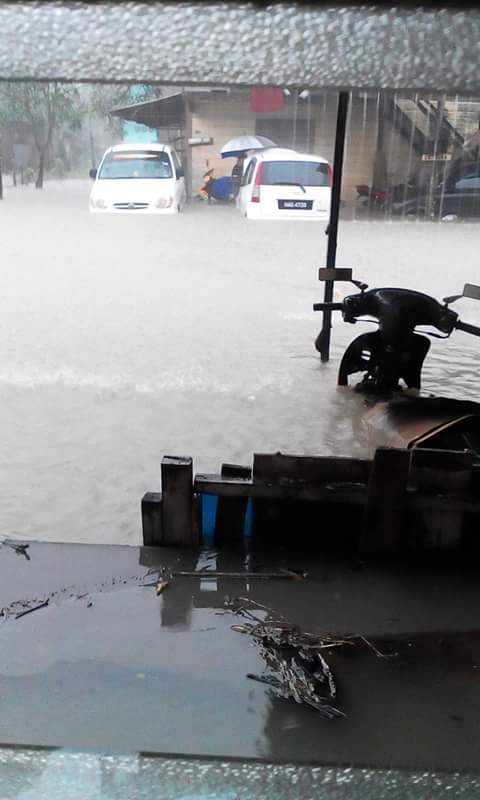 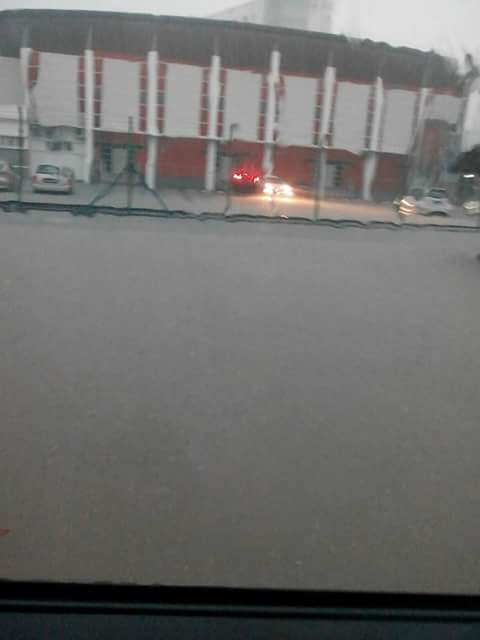 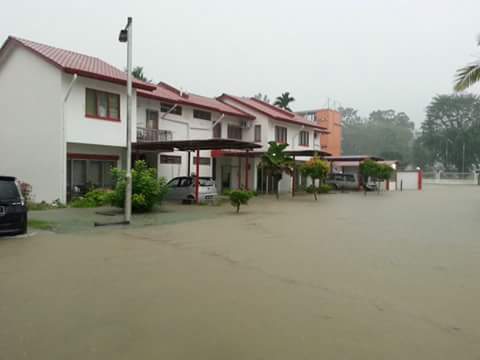 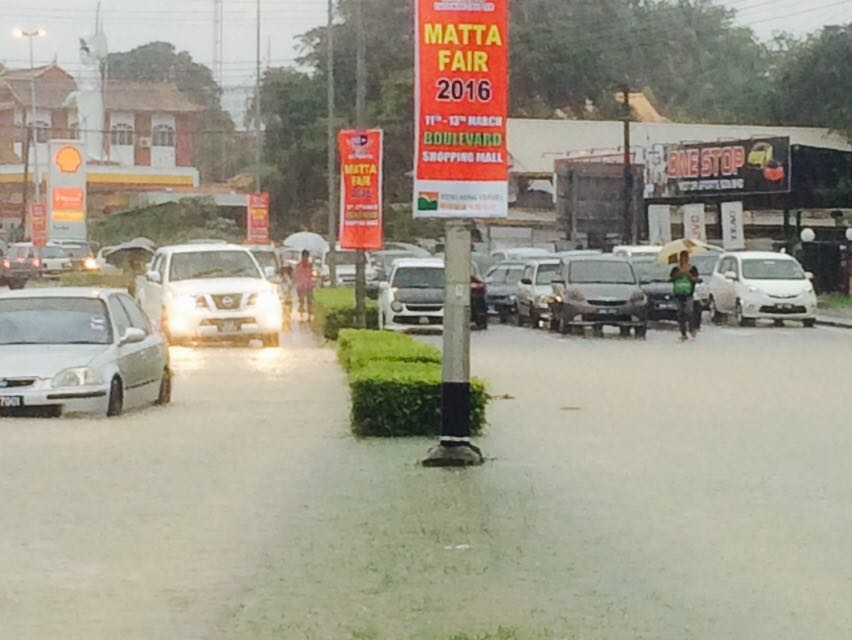 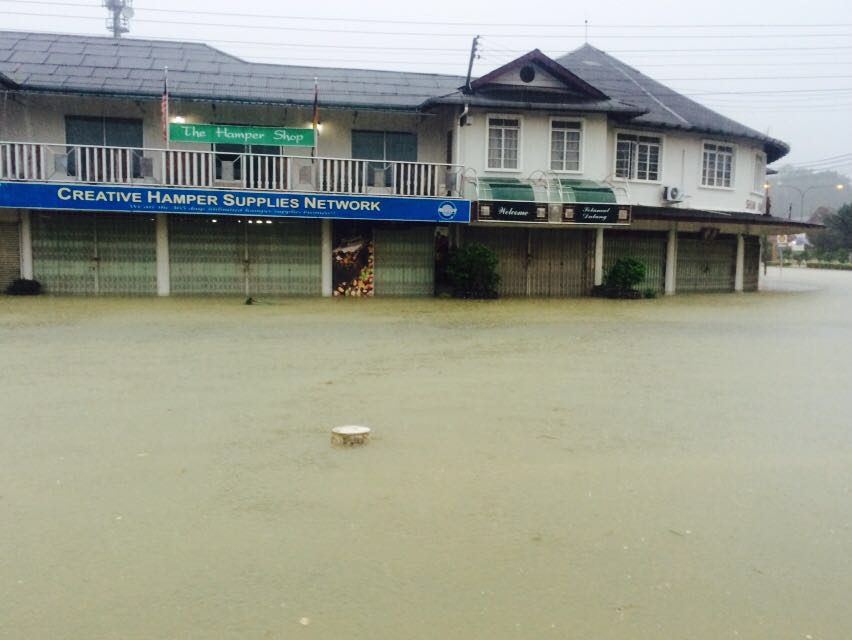 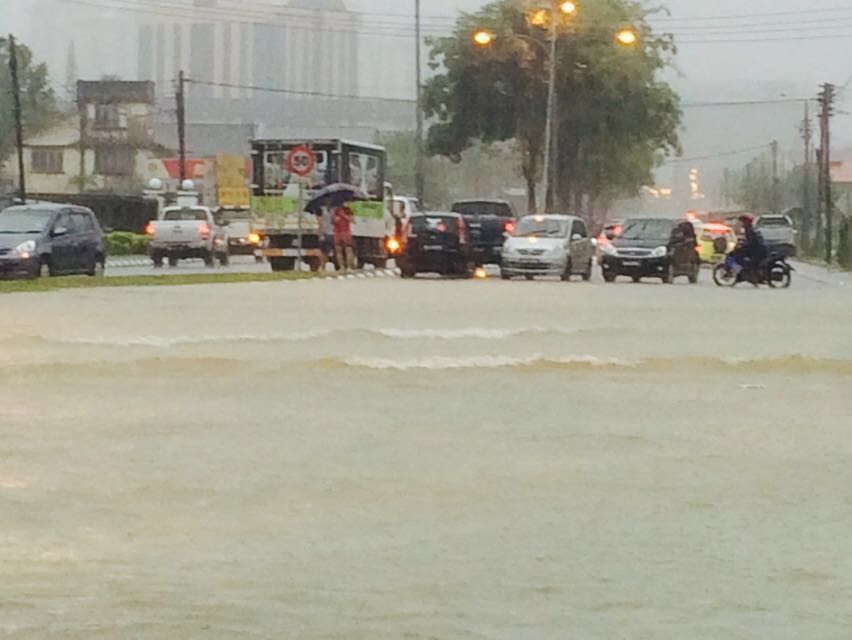 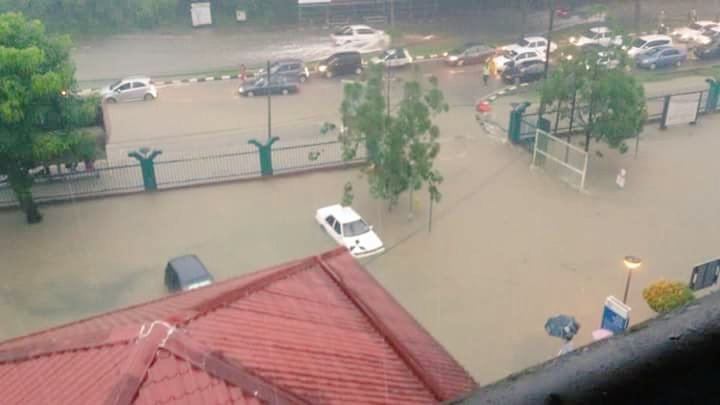 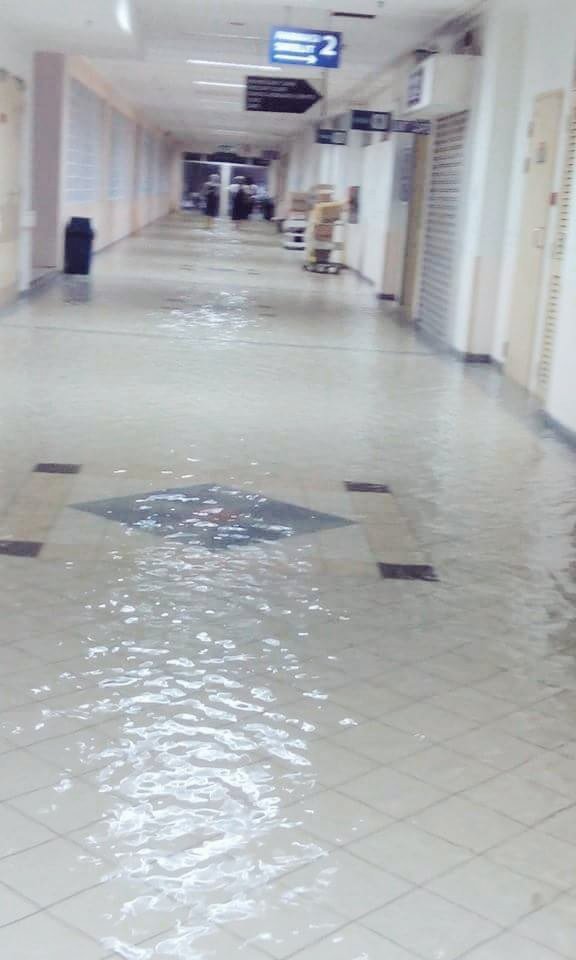 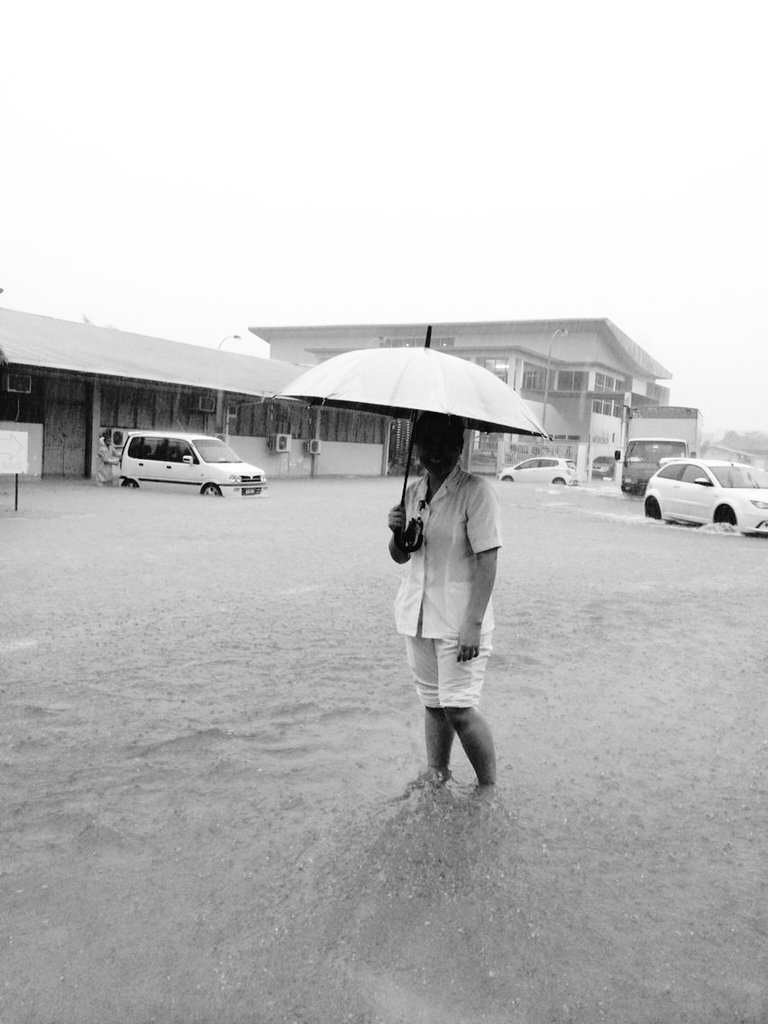 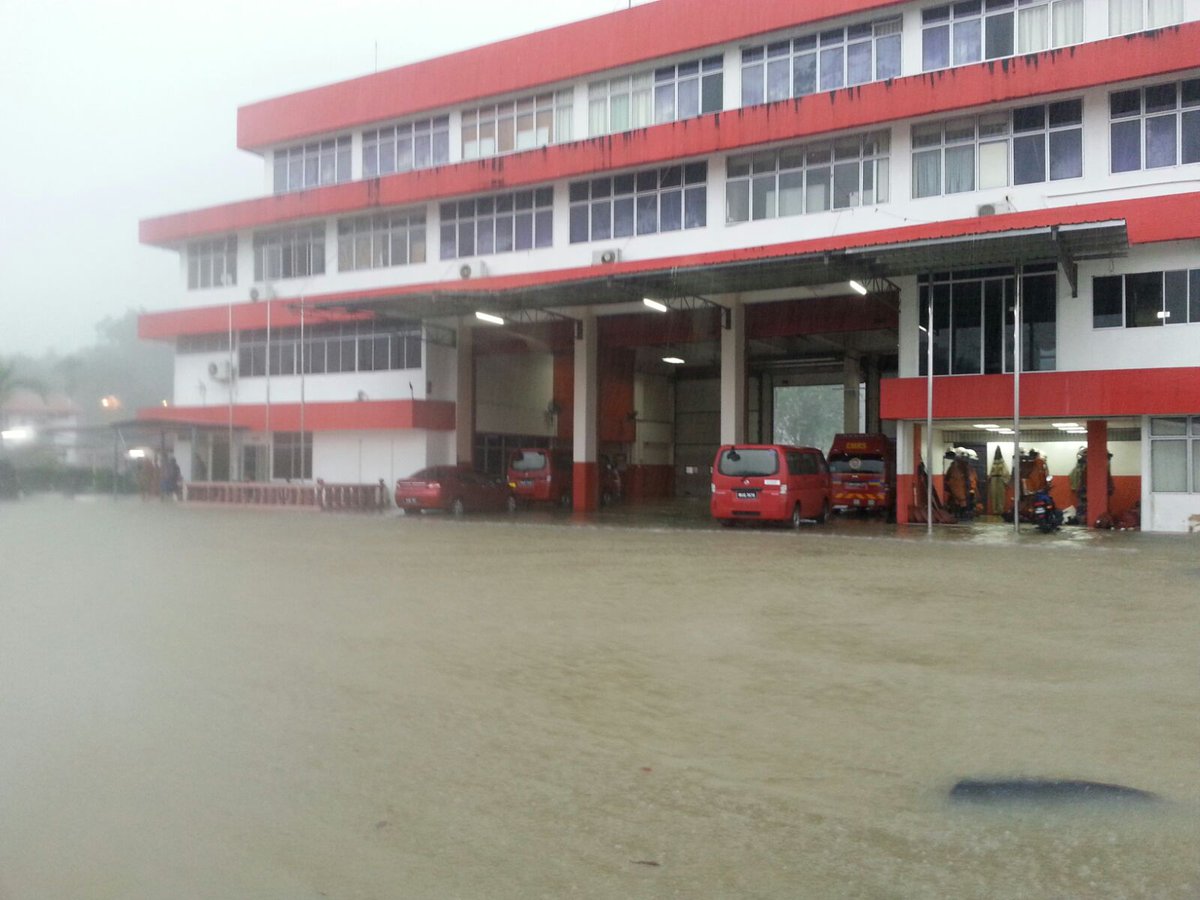 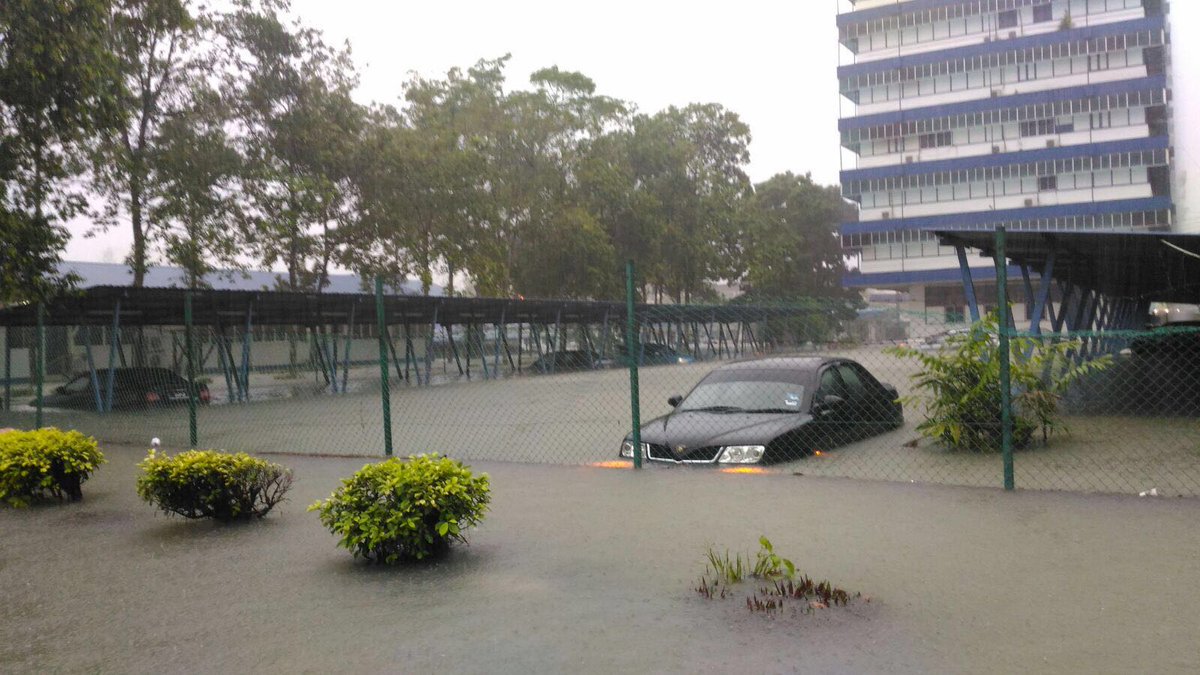 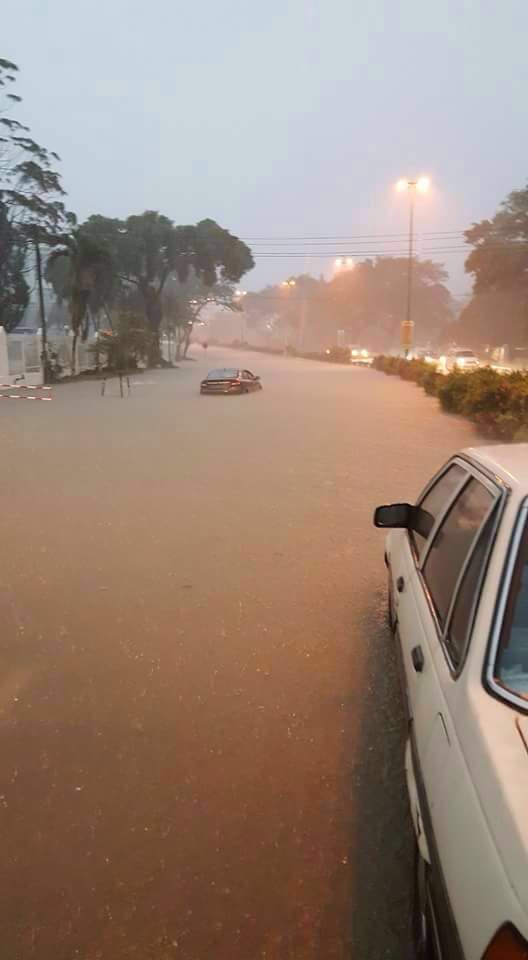 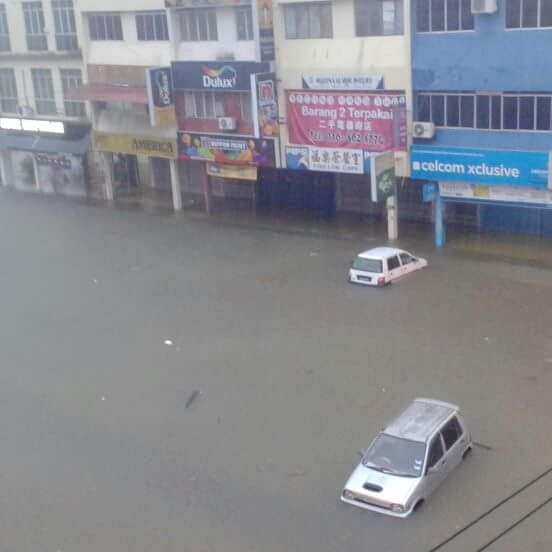 KUCHING: SEX AND THE CITY?

Why is Kuching called Kuching? That is not as interesting as the latest development, if what is reported is true. 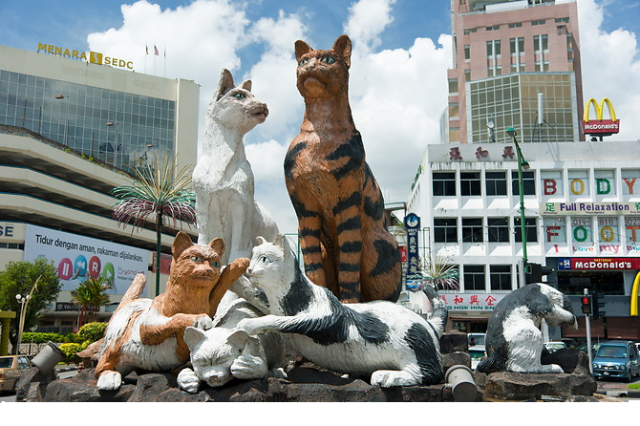 Is Kuching becoming a sex city?

Sarawak DAP is extremely worried that Kuching is fast becoming a ‘sex city’ with the mushrooming of reflexology centres that have been blamed for a more than 300 percent increase in sexual diseases, especially AIDS, its Stampin MP JulianTan said today.

Tan’s concern comes in the wake of advertisements in the Chinese press, seeking “several hundreds of women from China” for employment in these centres.

“In the past few weeks, several advertisements have appeared in the Chinese newspapers, seeking young girls to work in these centres.

“Each time an advertisement is made, the owners of these centres are looking for at least 500 young girls and most of these advertisements are targeting Chinese nationals,” Tan (above) told a media conference.

There are more than 300 reflexology centres in Kuching alone.
…

He said that these reflexology centres were also offering “sex services” as well, and that this was the result of the increase in AIDS in the state, which has also contributed to broken families.

Is Kuching becoming a sex city?

Nipping a problem in the bud

I DON’T know how serious the problem is – allegedly caused by the so-called China Dolls who come to the state on tourist visas but somehow or other masquerade as health workers in local spas and as experts in foot reflexology. 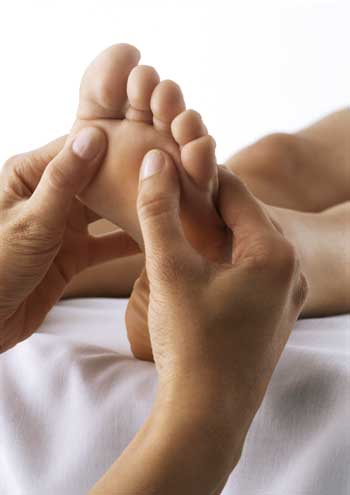 THE REAL DEAL?: Many centres are offering reflexology, but how many are just a front for ‘extra services’?

By some estimate, out of 200 of such establishments in Sarawak, 30 are in full operation in the resort city of Miri alone, for quite sometime now. The rest are presumably to be found in Kuching, Sibu and Bintulu.

The men who frequent these places in order to relieve pains and aches of the body and stress after a hard day’s work are the prime targets for services other than the fiddling with aching feet. They say this is a treatment good for blood circulation and the kidneys. A matter of opinion.

But a lot of housewives in Miri are worried about their men being among the clients.

Two years ago, many Kuching wives were complaining about a similar problem in the city; they have either given up the fight or are keeping low for now lest their city gets adverse publicity. That would be sweeping the problem under the mat, though.

Cases of marriage breakups and strained relationships between spouses have been blamed on the visits by husbands to these so-called health centres. It starts with a mere suspicion and perception, perhaps. But perception is more important than reality and can cause misunderstanding leading to something worse. You know what I mean.

Like Loading...
This entry was posted in Uncategorized and tagged china women in prostitution, east malaysia and vice, Is Kuching becoming a sex city?, KUCHING: SEX AND THE CITY?, malaysia, reflexology centers, sarawak. Bookmark the permalink.