Ops Warta: No escape! The police will get you at your office or home, or at a road block.

Posted on October 4, 2013 by weehingthong

AES cameras: Taken over by Govt but still there TO GET YOUR MONEY!

MAY IS ‘COLLECTION MONTH’ FOR THE POLICE.

WHERE WILL THEY CATCH YOU? At the office, at home, or at a road block? 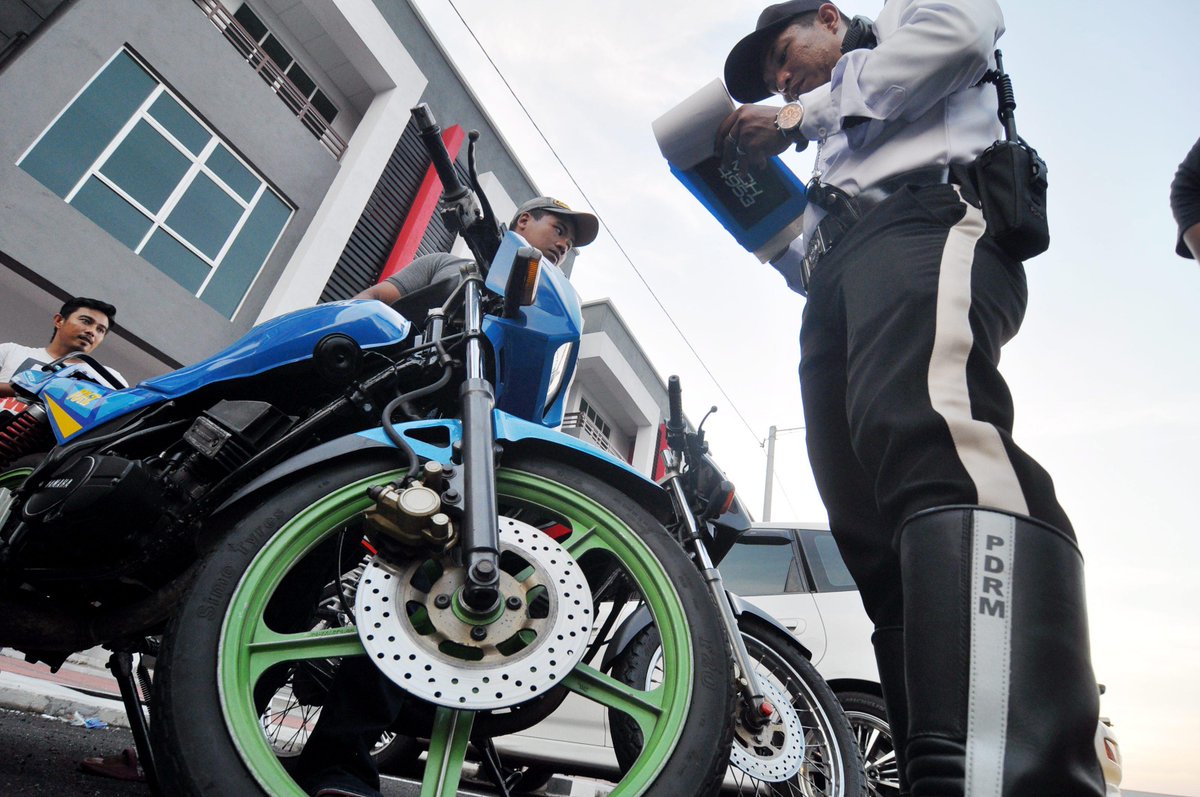 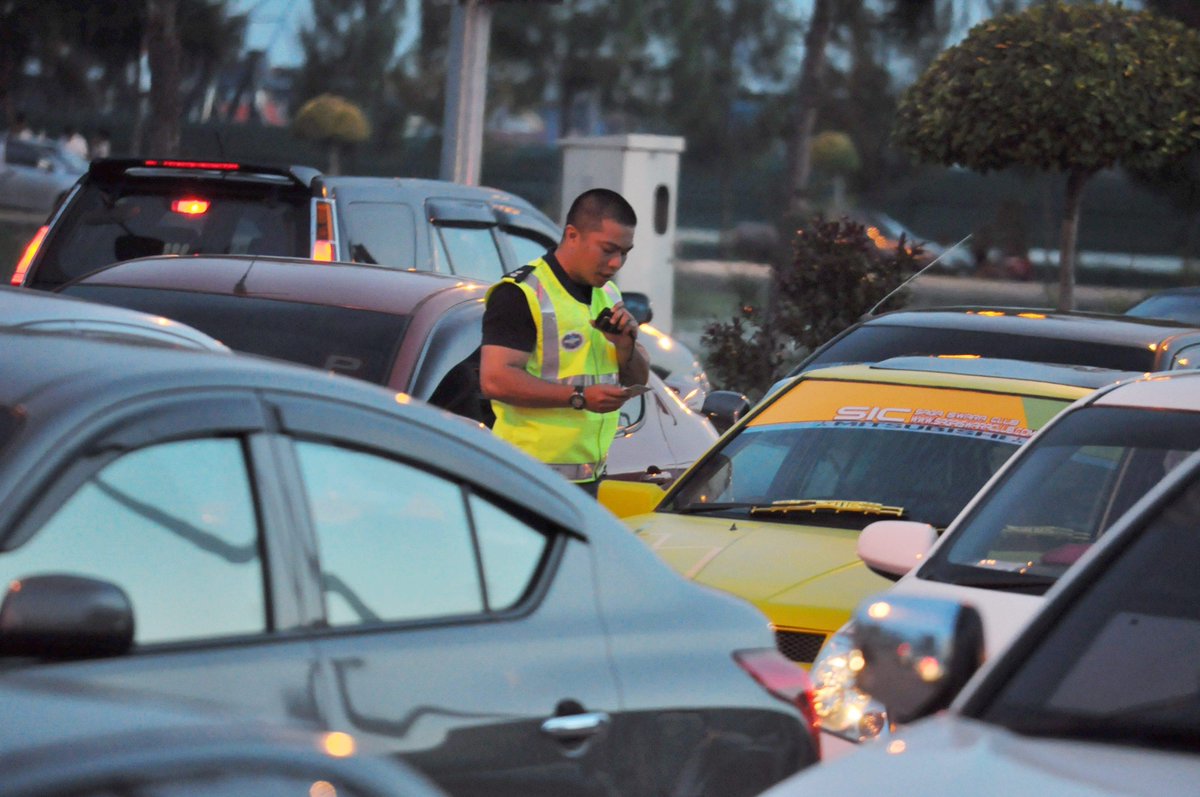 KUALA LUMPUR: A total of 2,269 traffic offenders with outstanding arrest warrants were nabbed nationwide during the ongoing ‘Op Warta’ exercise which entered its 10th day today.
…
According to a Bukit Aman traffic report, Selangor topped the list at 657 arrests, followed by Malacca (314) and Penang (296).
…
They comprised 663 who will be charged and 1,606 who have been given bail.
…
During the same period, a total of 11,150 offenders surrendered for failing to settle their arrest warrants.

640 days in jail for car park attendant S. M. Jagathiswaran, 18, as he could not pay his fines. 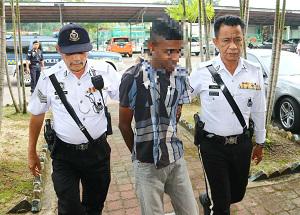 KUALA LUMPUR: A teenager charged with 17 counts of traffic offences was sent to jail for 640 days when he failed to pay fine totalling RM6,400 imposed by the Magistrate’s Court here Wednesday.

Car park attendant S. M. Jagathiswaran, 18, pleaded guilty to all 17 charges, involving 10 traffic summons for various offences, including riding a motorcycle without a valid licence, with no insurance protection, no registration number plate and side mirror.

The offences were committed between January 2012 and December 2013.

Magistrate Nur Aminahtul Mardiah Md Nor imposed fine of between RM250 and RM550 for each traffic summon.
…

Two other traffic offenders were also sent to jail today for failing to pay the fine imposed by court.

Unemployed, M. Balakumar, 34, who pleaded guilty to three traffic charges, will be in jail for 95 days for failing to pay fine of RM950.

“CATCH ME IF YOU CAN!” Finally, they caught him, too but he’s also out on bail… 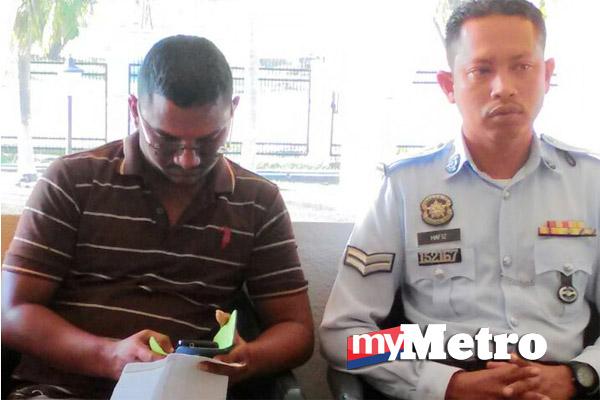 By Sylvia Looi – 27 May 2015 @ 9:20 PM IPOH: For years, a 28-year-old shipping company employee has been driving without a licence. His luck however ran out on him today when he was arrested at a police road block at Manjung. … State deputy traffic chief Deputy Superintendent Mahiri Hussin said checks found there were 18 arrest warrants against the man.

Finally, they caught him. Out on bail, do you think he will NOT ride a motorcycle although he has no license?

HE IS 17 BUT HE ALREADY HAS 19 TRAFFIC SUMMONSES, SLIGHTLY MORE THAN ONE FOR EVERY YEAR OF HIS LIFE.

PETALING JAYA: A 21-year-old man was killed in an accident as he attempted to avoid a “Ops Warta” road block early morning today. In the 12.27am incident at Jalan Loke Yew, city traffic police personnel were in the midst of hunting for traffic offenders when the victim, identified as Muhammad Fakhrul Afiq Ab Hamid who was heading home to Cheras Baru after his night shift, panicked upon seeing the police roadblock. Kuala Lumpur Traffic Police chief ACP Mohd Nadzri Hussain said the victim then crossed the divider in an attempt to escape the roadblock, but his motorcycle collided with a Proton Iswara when he entered the fast lane in the opposite direction. “The victim who works as a technician at the Grand Seasons Hotel was heading home. He was very shocked when he realised there was a roadblock. … He also said that preliminary investigations revealed that the motorcycle’s road tax had expired in 2013. “We also found that he used an expired licence,” he added http://www.thesundaily.my/news/1427110 …

— The police are coming to your work place and your boss may have to give you up! NST Employers asked to give full cooperation to traffic police issuing arrest warrants 20 May 2015 @ 11:08 PM MASRIWANIE MUHAMADING wanie@nst.com.my ALOR STAR: Employers are advised to give their full cooperation with the traffic police as they make rounds to office premises to arrest those with outstanding summonses and issue arrest warrants. Kota Setar traffic enforcement officer Othman Abdullah said as of this evening, the district traffic police have checked 13 premises (including yesterday) but could only make two arrests as most of the employers were not cooperative. “The employers gave the excuse that the people we were looking for are no longer working with them, hence we cannot proceed to make an arrest.

— Bukit Aman has also worked together with the Employees Provident Fund and National Registration Department to track the addresses of traffic offenders. http://www.thestar.com.my/News/Nation/2015/05/17/Last-chance-for-traffic-offenders/ — 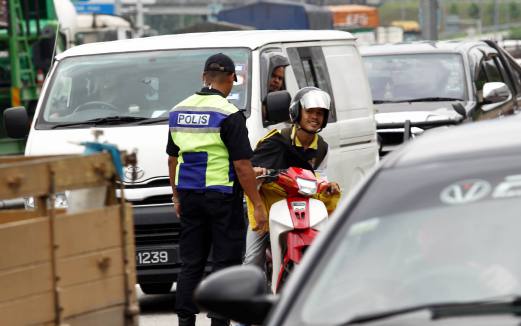 By KHAIRAH N. KARIM – 19 May 2015 @ 2:27 PM
KUALA LUMPUR: Sixty nine individuals have been arrested in the nationwide ‘Ops Warta’ which started today.
In the all-out police crackdown on delinquent drivers who have outstanding arrest warrants, Penang had the most number with 36 arrests followed by Melaka with 24 arrests.
Read More : http://www.nst.com.my/node/84694

Low turnout: Only 1.7 per cent with outstanding summonses and arrest warants paid up #nst170 http://www.nst.com.my/node/84461

By HANI SHAMIRA SHAHRUDIN – 16 May 2015 @ 6:19 PM .
KUALA LUMPUR: Although police have extended the operating hours of counters handling traffic summons for public convenience, judging by the turnout at the city traffic police headquarters, many have yet to utilise the facilities. .A check at the city traffic police headquarters in Jalan Tun H. S. Lee yesterday revealed that the turnout was low. Despite expecting the station to be packed with people as there was only two days left before police begin their crackdown against errant motorists, only two or three people were at the station at a time to either check their outstanding summonses or to pay up. .
Most of them, however, did not have arrest warrants. .Read More : http://www.nst.com.my/node/84461
—
POLICE WILL COME FOR YOU FROM MONDAY, 18 MAY 2015. You get just over 2 weeks to settle your summons.
Star

KUALA LUMPUR: The time is up. Yet, only 2% of the 1.59 million arrest warrants for traffic offenders have been settled.

Ops Warta will begin tomorrow and traffic offenders who have yet to settle their summonses should watch out. Bukit Aman traffic chief Senior Asst Comm Datuk Mohd Fuad Abdul Latiff said only 33,473 arrest warrants had been settled. “This is rather disappointing as we have given them more than two weeks to settle the arrest warrants. “Beginning Monday, we will be going all out to serve these warrants of arrest,” he said when contacted.
—
The top five states with the highest number of outstanding warrants of arrest were Selangor, Kuala Lumpur, Penang, Perak and Negri Sembilan.
Star

Cops to begin crackdown on offenders after two-week grace period

ALA LUMPUR: Motorists who have warrants of arrest for outstanding traffic summonses will have a little over two weeks to settle them before police kick into high gear. Bukit Aman traffic chief Senior Asst Comm Datuk Mohd Fuad Abdul Latiff warned those involved to act immediately or face the consequences. “From Monday, these traffic offenders will only have two weeks to settle,” he said at Bukit Aman yesterday. “We will launch a major operations after the grace period is over,” he said. Road blocks and door-to-door visits would be conducted, SACP Mohd Fuad added. … He said during the crackdown, police personnel would be wearing their uniforms during the door-to-door visits. http://www.thestar.com.my/News/Nation/2015/05/01/Last-warning-for-errant-drivers/

Charles Ramendran newsdesk@thesundaily.com
KUALA LUMPUR: Ops Warta, the traffic police operation to trace and detain traffic summons defaulters, is just days away from a fresh launch to serve close to 1.6 million arrest warrants on defiant motorists. Federal traffic police chief SAC Datuk Mohd Fuad Abdul Latiff said today that Ops Warta or Operasi Waran Tangkap will be launched soon to compel those who have chosen to ignore their traffic summonses to pay up outstanding fines. He did not reveal the launch date but said it would be before the middle of next month.

The national traffic police will next month launch a new round of “arrest warrant” to identify nearly 1.6 million outstanding arrest warrant for a traffic ticket master … http://bit.ly/1OdHHTD

— DID YOU NOT PAY YOUR FINE? DID YOU IGNORE THE TRAFFIC SUMMONS? HERE THEY COME, TO YOUR LAST KNOWN ADDRESS!

— Inspector-general of police Khalid Abu Bakar said the police had arrested more than 5,000 individuals who had been issued with warrants of arrest. THINK OF ALL THE MONEY OWED TO THEM! 250,000 x rm300 = RM75million! Sure, I would come after you also if you owed me so much money. Malaysiakini 4:33PM Feb 17, 2014

250,000 traffic offenders told to pay up or face action

Police have warned the remaining 250,000 of the 1.7 million traffic offenders issued with summonses in Ops Warta to pay up or face stern action. Inspector-general of police Khalid Abu Bakar said the police had arrested more than 5,000 individuals who had been issued with warrants of arrest. He was speaking to reporters at a ceremony to present commendation letters to courteous road users and best contingent or district during Op Selamat  4/2014 (Chinese New Year) at KL Sentral in Kuala Lumpur today. Some 14,836 road accident cases were recorded from Jan 24 to Feb 7 compared to 16,287 cases during the same festival last year, a drop of 8.9 percent or 1,451 cases. Khalid said there were 152 cases of fatal road accidents compared to 177 cases during Ops Selamat last year, a drop of 14.1 percent or 25 cases. The drop in the number of road accidents and fatalities were due to the  success of ‘total enforcement’ and the drivers attitude who were more careful when driving. “Previously, we gave advice but there was little enforcement. This year, we  increased enforcement by 30 percent leading to a drop in the number of road accidents and fatalities involving cars and motorcycle pillion riders,” he added. – Bernama http://www.malaysiakini.com/news/254612 — Selangor Road Transport Department says, “BREAK THE TRAFFIC LAWS AND GET A SUMMONS!” If you break the traffic laws, you will get a summons. Of course, this being Malaysia, expect a DISCOUNT later if you don’t pay the fine on time UNLESS they become efficient and manage to suspend your licence! Which, according to many people, is doubtful. — The Sun Daily

Photos and summonses to be delivered in the mail: RTD

SHAH ALAM (Oct 3, 2013): Errant motorists in Selangor better watch out! You will soon be getting photographs of your misdeeds and the attendant summonses in the mail. The Selangor Road Transport Department (RTD) today announced that a special operation to discipline drivers in an effort to reduce road accidents had taken off last week. Photos and summonses to be delivered in the mail: RTD … Plainclothes officers will be watching you. (They don’t say where these people will be but you know where they usually are!) *This may happen!

https://www.facebook.com/groups/wysrbperak/ … These are the offences: 1 speeding 2 beating the red light 3 cutting queues, 4 driving over double white lines on the road 5 using handphones while driving 6 not wearing helmets, 7 overloaded lorries 8 lorries carrying dangerous loads and 9 not wearing seat-belts RTD officers are being stationed at areas where traffic offences are frequently committed. They will set up roadblocks when needed and book traffic offenders on the spot. IT’S AN ALL-YEAR ROUND OPERATION! Photos and summonses to be delivered in the mail: RTD — PLACES WHERE RTD PLAINSLOTHES OFFICERS HIDE What’s the Malaysia equivalent, a bush? Or round the corner?

Posted by kim on Saturday, February 9, 2013 Under: Law and Order

Police are all out to catch you even do not mind playing hide and seek or cat and dog tactics,This is a modified drain (it looks very comfy, I think !) so that they can sit there for hours to catch you in action.  Location :  Only in Malaysia…………

Like Loading...
This entry was posted in Uncategorized and tagged 4 driving over double white lines on the road 5 using handphones while driving 6 not wearing helmets, 7 overloaded lorries 8 lorries carrying dangerous loads and 9 not wearing seat-belts, JPJ, malaysia transport, Photos and summonses to be delivered in the mail: RTD, road transport dept, RTD, the offences: 1 speeding 2 beating the red light 3 cutting queues, traffic offences. Bookmark the permalink.

2 Responses to Ops Warta: No escape! The police will get you at your office or home, or at a road block.