Has China invaded or conquered another country? Yes. Both Imperial China and Communist China have done so…

Posted on December 5, 2020 by weehingthong

Which Countries Does CHINA Dispute Territory With?

Did modern China ever go to war against other countries?

Chinese invasions: Past and present

China has been telling the world that its rise will be peaceful because China has never been an aggressor state throughout its long history. As proof, the Chinese point out that it has never invaded another country in the last 2,000 years. Many people have echoed this narrative.

The historical record, however, belies this Chinese narrative. For over a thousand years, from 111 BC to 938 AD, China repeatedly invaded Vietnam. The tenacious Vietnamese would throw out the Chinese and after a while the Chinese would invade again. In the 15th century, China occupied Vietnam from 1407 to 1427.

The Chinese dynasties ended in 1912 but the Chinese invasions of neighboring countries continued. China, under the Chinese Communist Party (CCP), invaded and annexed Tibet in 1950. At least 40,000 well-armed Chinese troops rapidly overwhelmed a ragtag army of less than 10,000 poorly armed Tibetans. The Panchen Lama desperately appealed to the world for help but the United Nations, led by the United States, was fighting a war in the Korean peninsula and ignored the plea of the Tibetans.

China, under the CCP, invaded India in 1962 and seized the border region of Aksai Chin, an area the size of Switzerland. China also attempted to seize Arunachal Pradesh, India’s northeasternmost state, but failed. India’s humiliation in the 1962 Sino-Indian War led India to develop the atomic bomb and to become a nuclear-armed state.

China, under the CCP, seized the Crescent Group of the Paracels in 1974 from the South Vietnamese government in the Battle of the Paracels. In 1979, China invaded Vietnam to teach Vietnam a lesson. A year earlier, Vietnam’s army had ended the rule of the Chinese-backed murderous Khmer Rouge regime in Cambodia. During the month-long war, China captured several Vietnamese cities near their common border. China withdrew after declaring that it had achieved its purpose. In 1988, Chinese forces seized from Vietnam Johnson South Reef in the Spratlys, killing some 64 Vietnamese soldiers. In 2013, China seized from Malaysia Luconia Shoals, where Chinese Coast Guard vessels continue to maintain a year-round presence.

China seized from the Philippines Subi Reef in 1988, Mischief Reef in 1995, Scarborough Shoal in 2012, and Sandy Cay in 2017. Scarborough Shoal and Sandy Cay are high-tide geologic features constituting territories with 12 nautical mile territorial seas. The territorial sea around a single high-tide geologic feature is more than twice the area of Metro Manila.

The most brazen Chinese invasion, however, is not the occupation of land or geologic features but the current attempt by China to seize and control almost the entire South China Sea. Under its nine-dash line, China is claiming as its national territory 3 million square kilometers out of the 3.5 million square kilometers of the South China Sea. This will enlarge by about 24 percent the territory of China.

Two examples of China’s invasions of other countries

(1) Annexation of Tibet by the People’s Republic of China

This article is about the process by which the People’s Republic of China gained control over Tibet. For the military campaign by the PRC against the Chamdo region of Tibet, see Battle of Chamdo.

The Sino-Vietnamese War (Vietnamese: Chiến tranh biên giới Việt-Trung; Chinese: 中越战争; pinyin: Zhōng-Yuè Zhànzhēng) was a border war fought between the People’s Republic of China and the Socialist Republic of Vietnam in early 1979. China launched an offensive in response to Vietnam’s invasion and occupation of Cambodia in 1978 (which ended the rule of the Chinese-backed Khmer Rouge).

Chinese forces entered northern Vietnam and captured several cities near the border. On March 6, 1979, China declared that the gate to Hanoi was open and that their punitive mission had been achieved. Chinese troops then withdrew from Vietnam. Both China and Vietnam claimed victory in the last of the Indochina Wars. As Vietnamese troops remained in Cambodia until 1989, one can say that China remained unsuccessful in its goal of dissuading Vietnam from involvement in Cambodia. Following the dissolution of the Soviet Union in 1991, the Sino-Vietnamese border was finalized.

Although unable to deter Vietnam from Cambodia, China demonstrated that its Cold War communist and socialist adversary, the Soviet Union, was unable to protect its Vietnamese ally.[18] 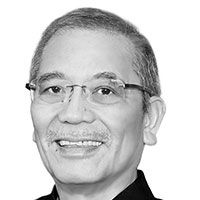 I have again read that China has never invaded another country; and, it is therefore unlike other superpowers. Actually in its 2,000 years until the present, China has repeatedly tried to invade several nations and territories.

Korea has experienced several invasions by Chinese dynasties. At one time, under the Han Dynasty,  Northern Korea was a territory of China for 400 years. The last Chinese invasion was during the Korean War when China sent military forces to battle UN forces in the Korean peninsula. The result was a division of the peninsula into two nations – North Korea and South Korea. Until today, North Korea’s principal ally is still China. Because of repeated conquests and invasions, many Koreans still harbour resentments and suspicions regarding China’s intentions in the peninsula.

Vietnam and China have a long history of war between them. Various Chinese dynasties invaded Vietnam and ruled it for 1,000 years until the Vietnamese won a great victory in 938 in the Battle of Bach Dang. The Ming Dynasty again invaded and dominated Vietnam for close to 1,000 years until they were overthrown by Le Loi’s Lam Son uprising. In the late 1970s there was another invasion by China which suffered heavy military casualties which forced China to retreat.

There have been two military conflicts between India and China – the Sino Indian War and Nathu La and Cho La clashes. In both conflicts, China was the invader. Myanmar was invaded by the Ming dynasty; and, the Qing empire invaded then Burma four times but was repulsed each time.

CHINESE NOT FROM CHINA

Understanding China from an insider from the outside.

How many countries has China invaded in its history?

China as a western style nation state did not exist for most of Chinese civilization’s history nor the histories of its neighbours. The Westphalian system was imposed on it and its neighbours during the Qing Dynasty. So let’s start there.

The Qing Dynasty invaded and occasionally absorbed many territories, but these were not countries at the time, but tributary states or tribes that needed to be put in their place. In the later years, Qing China itself got invaded by all major powers in the world, except the USA.
.

The Republic of China was busy invading itself (the Warlords Era) before consolidating its rule over most of China in 1928, only to be invaded by Japan three years later. In all seriousness, the warlords were not independent sovereign states, so these don’t really count as invasions of countries either.

With their own governments, stamps, currencies, and armies: each faction could be considered countries, stretching definition and imagination.

The People’s Republic of China has quite the colourful invasion record since 1949. Arguably, China has not occupied the countries that it invaded. Asterisk. Read on…

Yes, China invaded China. When the PRC was founded, it did not control most of southern and western Mainland of China. This was complete by 1950. The Republic of China has turtled ever since on Taiwan. In their POV, (PR) China reasserted control over their sovereign territory, as there can only be one legit government of China (which the ROC also agrees and reaffirmed in 1992). Thus, occupied ROC is not considered an occupation, by China nor by the UN.

Except Tibet was not a country or widely-recognized nation state. In their POV, China reasserted control over their sovereign territory, as Tibet had been continuously claimed since the Qing Dynasty adopted demarcated borders. Thus, occupied Tibet is not considered an occupation, by China nor by the UN.

Technically not an invasion, but an intervention. The UN forces got too close for comfort to the Chinese border and there were talks of US forces continuing into Manchuria to aid the ROC government in recovering the Mainland of China. Result: hundreds of thousands killed in a foreign war that did not change anything.

China invaded Aksai Chin and Arunchal Pradesh but in their POV, China reasserted control over their sovereign territory as they did not and still do not recognize the MacMahon Line. The conflict was supposedly due to Mao losing patience from Nehru for delaying negotiations, as an overwhelming tour de force would convince Nehru to talk. Instead, it made a whole generation of Indians hate Nehru and hate China. Eventually, India and China agreed to respect the line of actual control in Aksai Chin (i.e. de facto giving it to China) but Arunchal Pradesh aka South Tibet aka Tawang is still an unresolved issue.

Yes, China got into a land war in Asia, and invaded Russia. Kinda. In their POV, China reasserted control over their sovereign territory as Zhenbao Island was supposedly handed over to China in exchange for Russia keeping the rest of the land they stole from 1858 to 1860.

China invaded Vietnam to demonstrate that the Soviet Union cannot protect its ally down south. Also it was Deng Xiaopeng’s dramatic way of showing that he is undisputedly the new “emperor” of China and master of geopolitical brinkmanship.

Like Loading...
This entry was posted in Uncategorized and tagged China China invaded other countries. Bookmark the permalink.

6 Responses to Has China invaded or conquered another country? Yes. Both Imperial China and Communist China have done so…