Both claimed trial after being read their charges separately before Sessions Court judge S. Indra Nehru.

According to the charges, Zahrah was said to have abetted with Abdulazeez, who had received a total of RM250,000 from one Samhan Adnan in the form of deposits at a bank in Menglembu here on May 18 and May 25 last year.

During the proceedings, MACC Deputy Public Prosecutor Nurul Wahida Jalaluddin said she had been instructed by her office to request for both cases to be transferred to the Sessions Court at Jalan Duta, Kuala Lumpur so they can be tried together with the other cases where both accused are also the defendants.

“As such, there will not be a recommendation for the bail amount,” she said. 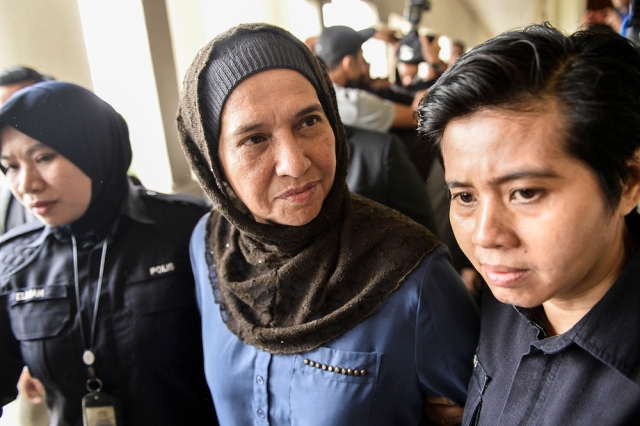 Her son, Abdulazeez Wan Ruslan, was also charged at the same Sessions Court, with four counts of corruption and abetment amounting to RM160,000.

Both mother and son will face trial together as their cases are related.

“Both the accused must surrender their passports until the case is completed and present themselves at the Malaysian Anti-Corruption Commission headquarters in Putrajaya in the first week of every month until the trial is over,” she said.

Azura then set November 26 as the deadline for the submission of documents.

Earlier, Deputy Public Prosecutor Allan Suman Pilai asked for bail to be set at RM500,000 each.

However, defence lawyer Hamidi Mohd Noh argued that both Zahrah, who retired last week, and her son could not afford the sum.

He claimed Zahrah only earned RM2,229 a month, suffers from high blood pressure, needs medical treatment, and has many commitments as a single mother.. 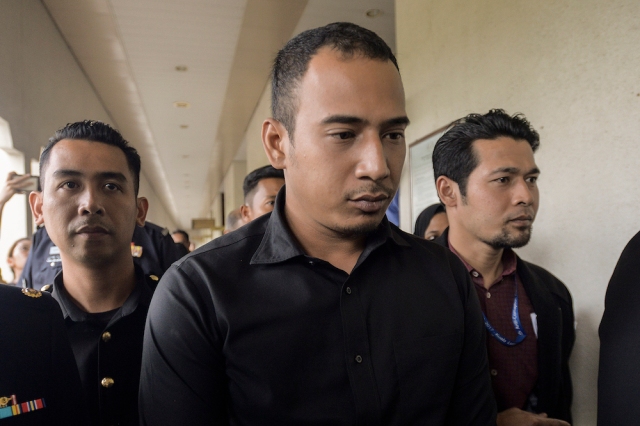 The lawyer said businessman Abdulazeez was a newlywed with a daughter under his care.

“She (Zahrah) is supporting Abdulazeez until now. Abdulazeez has no income. He is a businessman but his businesses are ruined because of the investigations and both their accounts are frozen. Abdulazeez has a liability of RM9,000 a month.

“I plead to the court to set bail amount for Datuk Zahrah at RM70,000 and for Abdulazeez at RM30,000 because this is all they could afford,” said Hamidi.

Out of the 33 charges against Zahrah, 10 involved her approving applications to organise One Networking Entrepreneurs Suruhanjaya Syarikat Malaysia 2015 (ONE SSM) carnivals between 2015 and 2018 throughout the country.

She is accused of receiving bribes between RM100,000 to RM109,000 per case from Ramulianto Mohram through a man named Mohamad Shahren Mohamad Yusri for approving the 10 events and her offence falls under Section 17 (a) of the MACC Act.

Another 11 charges involved Zahrah approving SSM commercial LED billboards throughout Malaysia for which she was allegedly paid between RM320,000 and RM350,000 per transaction from Ramulianto via Mohamad Shahren.

Her 28th charged involved her alleged acceptance of a RM200,000 bribe from the same two individuals to approve the appointment of Marikaya Enterprise to organise Bizfair 2018 in Sabah.

PETALING JAYA: The Malaysian Anti-Corruption Commission (MACC) has summoned the former CEO of the Companies Commission of Malaysia (SSM) as the anti-graft agency concludes investigations into allegations of corruption.

It said it would press charges against the duo after they got the go-ahead from the Attorney-General’s Chambers.

It is learnt that the duo will be charged, among others, with soliciting bribes and using their position for gratification.

They are also expected to charged under the Penal Code for abetment.

It is understood that the duo were at the MACC headquarters earlier today to help investigators complete their probe.

Zahrah, who is a chartered accountant, was appointed as the SSM CEO in 2015.

Before that, she was the deputy CEO (Services), a post she held since the establishment of SSM in 2002.

She was also previously with the foreign affairs ministry as the principal accountant from 1992 to 1995.

ANTI-GRAFT officers today grilled the top official in  Companies Commission of Malaysia (CCM) as investigations continue into the registrar over corruption.

She was summoned to the MACC’s headquarters in Putrajaya at about 11am, and released after a few hours.

“She was summoned to MACC to assist in our investigation,” Azam said.

It is believed the CEO was called up in connection to a RM500 million graft scandal.

The probe has seen MACC raid more than 10 premises since January 9. Several senior CCM officers as well as the nephew of a senior officer have been questioned.

A civil society group had submitted a memorandum to MACC alleging abuse of power and corruption in the government agency in relation to the awarding of contracts, which allegedly caused the government to lose money and the public to be misled.

The memorandum alleged some projects were repeatedly awarded to the same parties.

Kinabatangan MP Bung Moktar Radin brought up the memorandum and the allegations it contained to parliament in November 2018.

The scandal is centred around the son of a senior CCM officer. Sources said the son alone received more than a million ringgit via corrupt means.

Several former CCM commissioners are also implicated and are under investigation.

Like Loading...
This entry was posted in Uncategorized and tagged Corruption at the Companies Commission of Malaysia (CCM). Bookmark the permalink.