The deputy chairman of G3 is Amran Ahmad Nor, who claims to be a former special officer of LGE when LGE was Penang chief minister. He had urged people to vote for any party except PKR, just a day before the 14th General Election (GE14). He was sacked by DAP later. 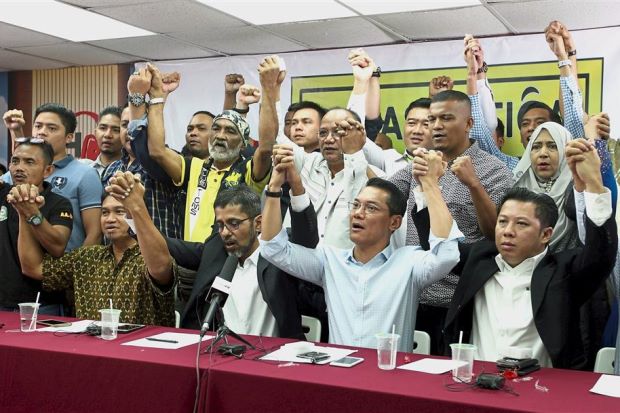 GEORGE TOWN: Gagasan Tiga (G3) has lodged a police report on a document which said that the former Penang Chief Minister had made more special allocation to a certain race in the state.

Its deputy chairman Amran Ahmad Nor said that he received the document at his residence in Cheras, Selangor, last Saturday which alleged that the former Chief Minister Lim Guan Eng had unfairly distributed the special funds allocated for Penangites.

The document revealed that Lim had made significant allocations to a certain race between January to June this year, while only a minuscule amount was given to Malays and Indians in the state during the same period.

He said that he lodged the police report to investigate the legitimacy of the document and take necessary action to prevent the document being distributed and creating unnecessary racial tension.

“I was his former special officer when he was the chief minister, I do see there could be truth and logic in the document. So I lodge this report so that police can check whether the information in the document is legitimate.

“Now he is in Putrajaya, holding the position of Finance Minister. If the details in this document are true and he replicates the same at national level, then this could cause massive racial tension in the country.

“I lodge a report to prevent this from happening. I might not be the only one who has got this report,” he said after lodging the report at Northeast District Police Headquarters here today.

Amran is former DAP vice president Ahmad Nor’s son, and a life member of the party.

He then went to the public and urged the people to vote for any party except PKR, just a day before the 14th General Election (GE14).

Amran said 90 per cent of DAP candidates were Christians and their religious agenda would be given priority if they came to power.

Following that, he was given the boot by the party two months ago.

Like Loading...
This entry was posted in Uncategorized and tagged Gagasan Kuasa Tiga (G3) lodges police report against LGE. Bookmark the permalink.