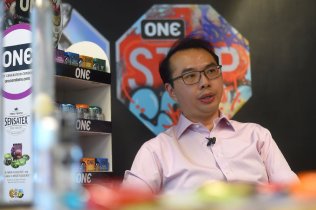 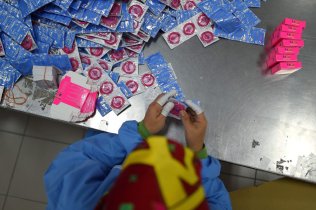 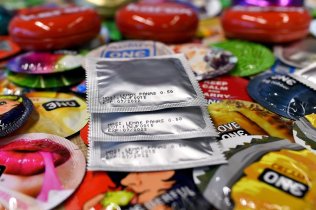 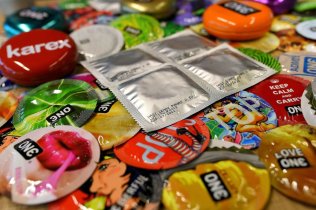 Only in Malaysia: A condom that tastes like nasi lemak 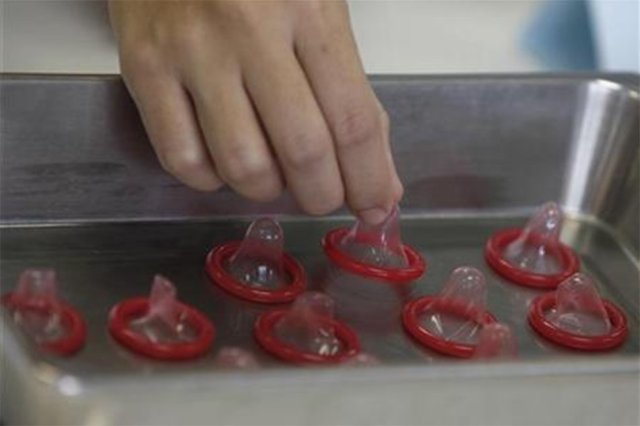 Port Klang, Malaysia – A Malaysian condom company is hoping to spice up sex lives with a contraceptive that tastes like the country’s ultimate comfort food — a chili-infused rice dish known as nasi lemak.

Industry giant Karex, which claims to be the world’s biggest condom maker, already offers an array of flavours in various pleasure-boosting textures, from grape to the pungent tropical fruit durian.

It is now set to launch a condom inspired by nasi lemak, usually translated as “fatty rice”, originally a cheap breakfast consumed at street-side stalls but which is now common across the country, including at higher-end restaurants.

The dish consists of rice cooked with coconut milk, served with anchovies, roasted peanuts, a boiled egg, sliced cucumbers and a dollop of fiery chili sauce.

“We Malaysians are divided across our political ideas, religion and race,” Karex chief executive Goh Miah Kiat told AFP from his office in Port Klang, outside the capital Kuala Lumpur.

“I felt one thing that unites us all (is): ‘Where’s the best nasi lemak place you’ve been?'”
.

Karex — which sells condoms under the brand name Carex — spent six months carrying out tests before coming up with its nasi lemak prophylactic, which smells faintly of coconut and is coated with a warming lubricant.

The company is working on packaging and the limited-edition condom should hit shops in November or December.

Goh insisted the range of wacky condoms were more than just a marketing gimmick, and were about trying to encourage contraceptive use in the Muslim-majority country.

“For me, it’s about public health, and I want to get the message across to people,” Goh said.

Earlier this month, a group of women stunned commuters in Beijing when they travelled on the subway during rush hour with condoms stuck to their faces.

Social media users snapped photos of the sexily dressed women, taking the subway with condoms plastered on their forehead, arm and chest areas.

It turns out the incident was a marketing gimmick for Chinese condom maker Da Xiang, reported Mashable.

The Chinese company posted images of the women on the subway on its Weibo account on June 6. 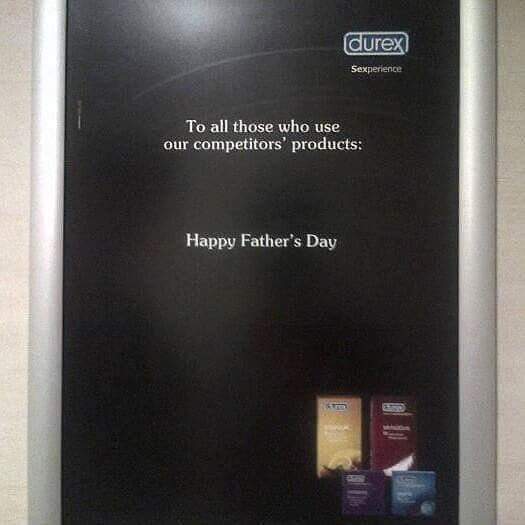 A CONDOM manufacturer in Bangkok, Thailand, is producing durian-flavoured condoms to cater to the Asian market, reported China Press.

A spokesman said they had started the production of the condom and believed it would be a hit among Asians.

This is expected to increase to five billion when it opens a new factory.

Do you ever wonder why condom is are flavoured? Well maybe this interesting article will help 🙂 http://fb.me/2HqBf2C7r

Why condoms are flavoured

If you’ve only ever used standard condoms, you might be wondering why you’d bother with the flavoured variety.

Flavoured condoms are normal condoms, which have been coated to make them taste and smell like something else. There are a wide range of flavours out there to suit individual tastes from chocolate and mint to strawberry and blueberry.

But why do they make flavoured condoms? The answer is simple – most people are not all that keen on the smell and taste of flavoured condoms so if they’re going to be using one for oral sex, choosing a flavoured one can make the whole experience more palatable.

Even if you’re in a committed long-term relationship and no longer use condoms for sex, you might still find flavoured condoms make oral sex a more pleasurable experience. If your partner doesn’t like the taste of semen or is a little squeamish about blow jobs, they might prefer using a condom in their favourite flavour. 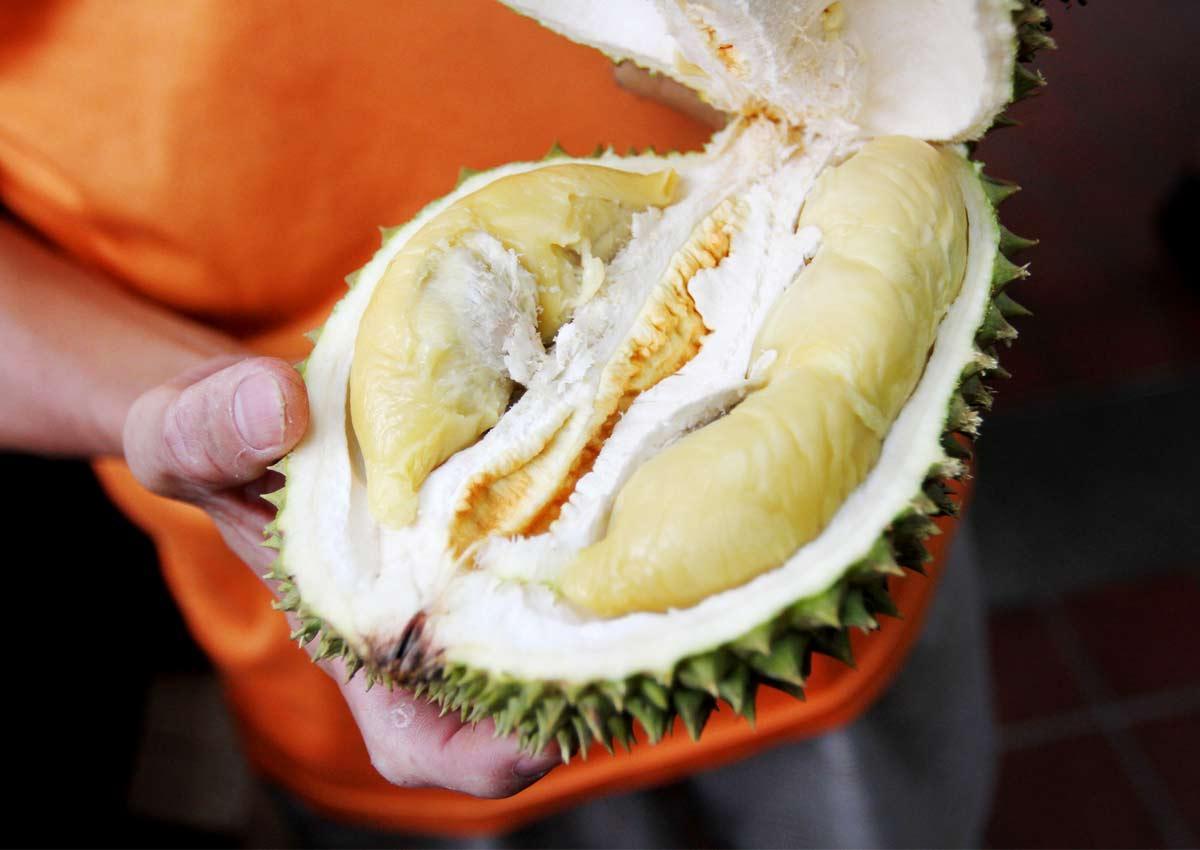 The condom‘s 70-year history is about to get a shake up http://huff.to/1XZOtky 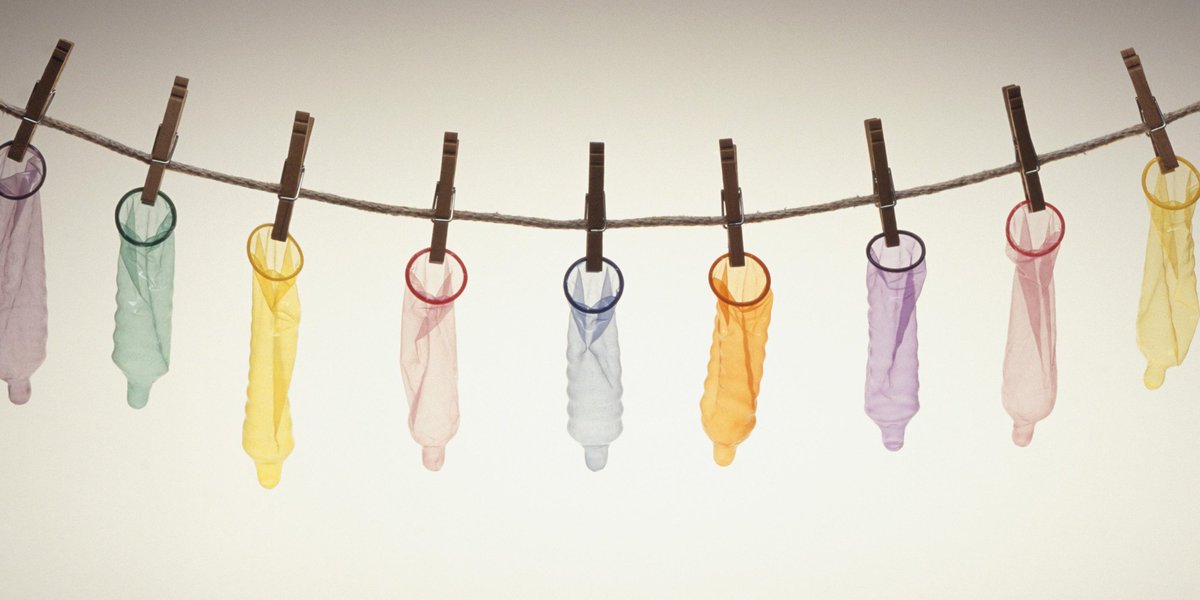 Adult toy company LELO has made what it is claiming is the first major change to condom design in 70 years with the launch of the new LELO HEX.

After being in development since 2011 LELO has finally released more details on the condom, which “aims to change the way the world views safe sex.”

As LELO believes one way of encouraging safe sex and condom use is by making condoms more appealing to use, rather than more freely available, the LELO HEX has changed the structure of the condom for extra flexibility, and to mold to the skin for extra comfort. Its unique webbed texture also prevents slippage and combines both thinness and strength for sensitivity but with reduced breakage.

In reply to darling

@ovendoorslam oh my god!! they have durian flavoured condom in UK?!

I cannot understand why anyone wants a Durian Flavoured Condom? That is the dumbest innovation ever. #fb